Facts are clearly stated and can be proven.  They can also suggest other ideas that are not clearly stated.  An inference is made by using the facts as clues or evidence.

We used this activity to practice making inferences.  The children drew a picture and then covered something in the picture with a snowdrift which was painted on a transparency and placed over the original picture.  The next step was to write clues for their classmates to use to determine what or who was hidden.  Like all good writers, we tried to start our sentences in different ways. 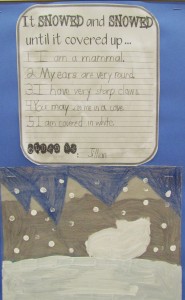 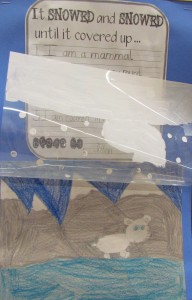