We did two activities to increase our understanding of nouns. I taught the children how to use Microsoft Word. They quickly learned how to change the font and to insert and resize pictures. Our sentences contain a person, place, and things. 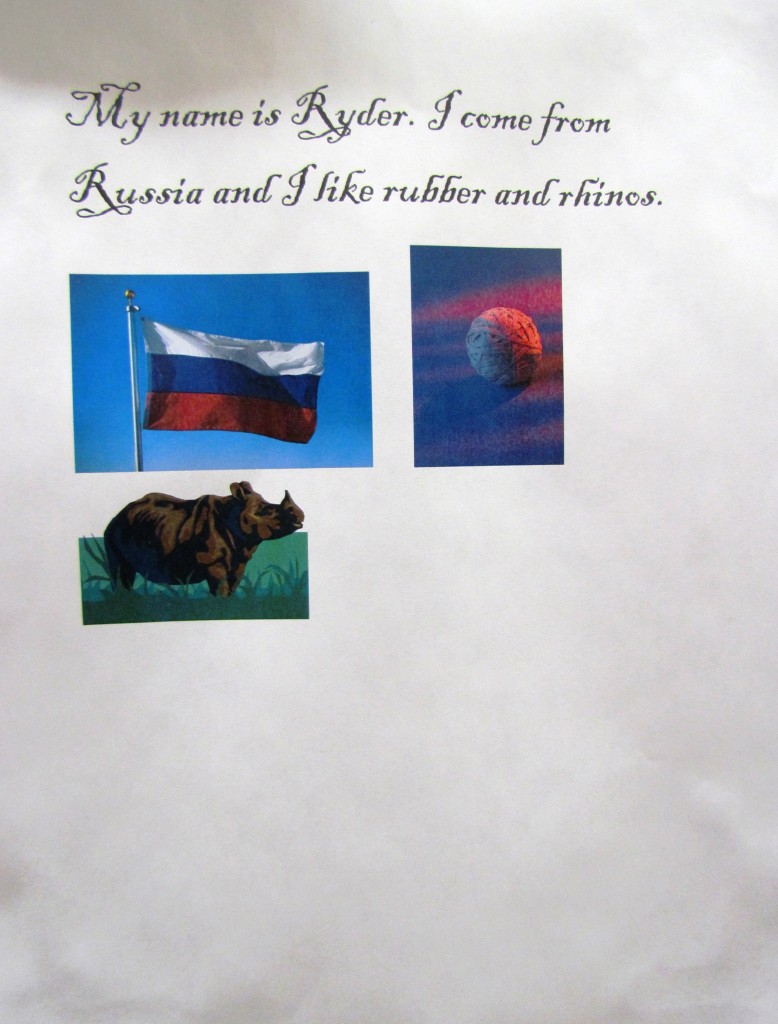 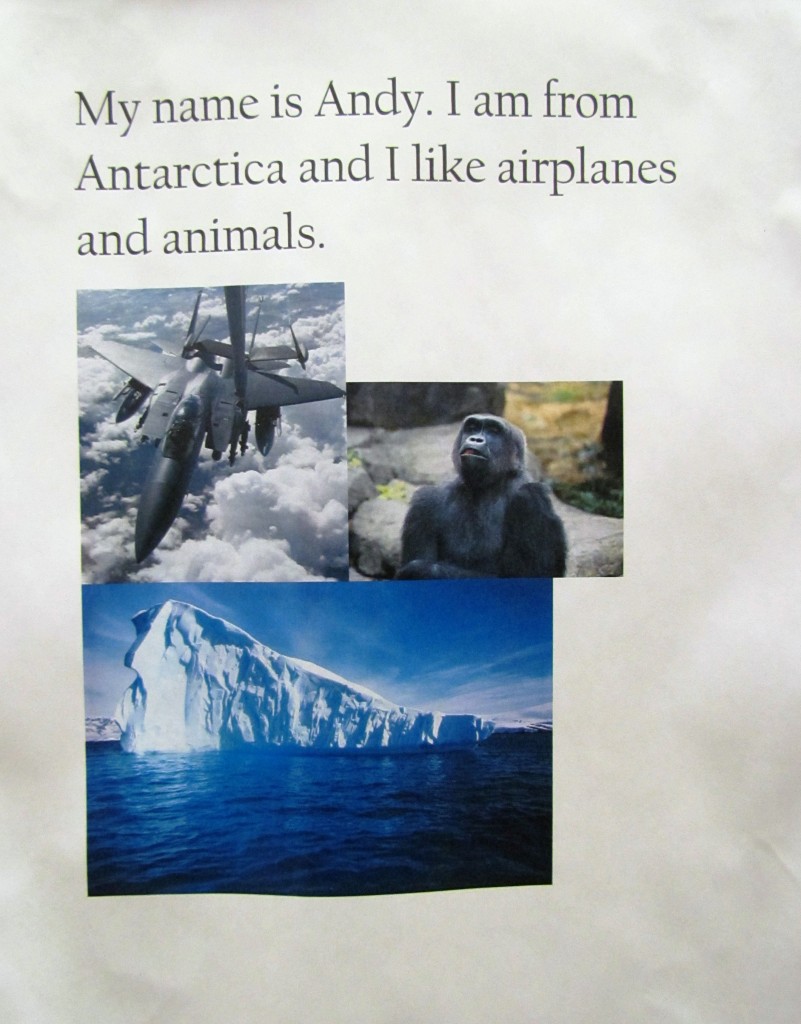 We also wrote four people, four places, and four things that are important to each of us. 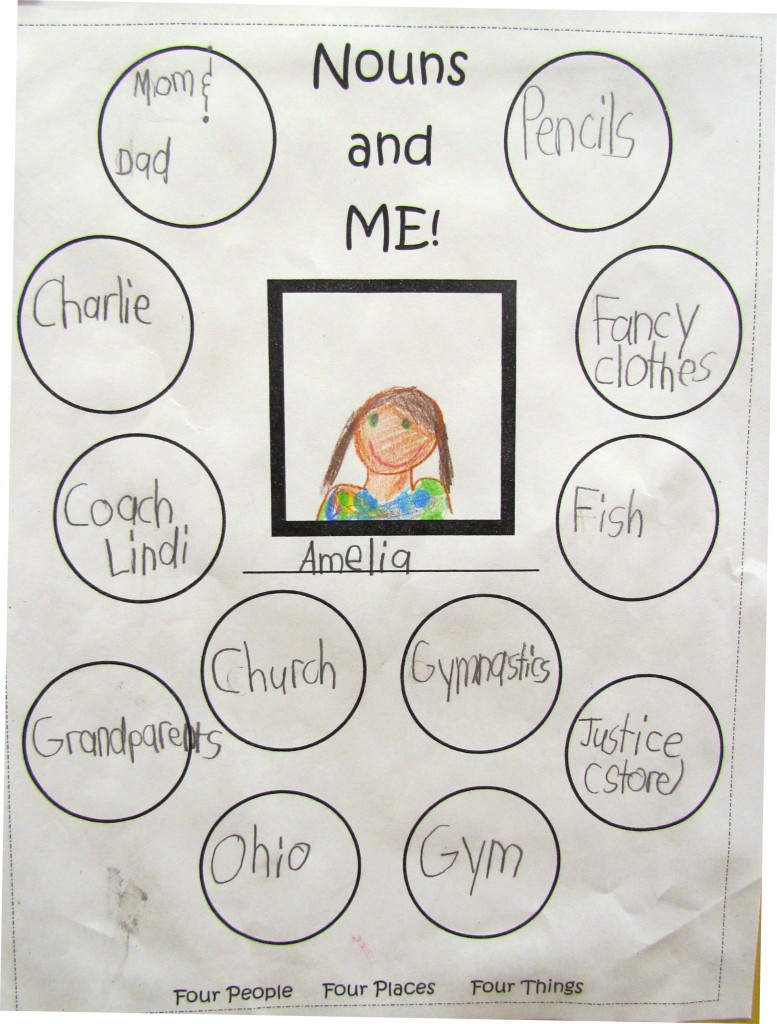 We used an app called Oldbooth to age our faces to 100 years old on the 100th day of school. Each child chose a mask to pull over his/her face. The eyes, hair, and teeth belong to them. We practiced writing commands (one of the four types of sentences) to share advice on how to live to be a happy, healthy 100 year old. 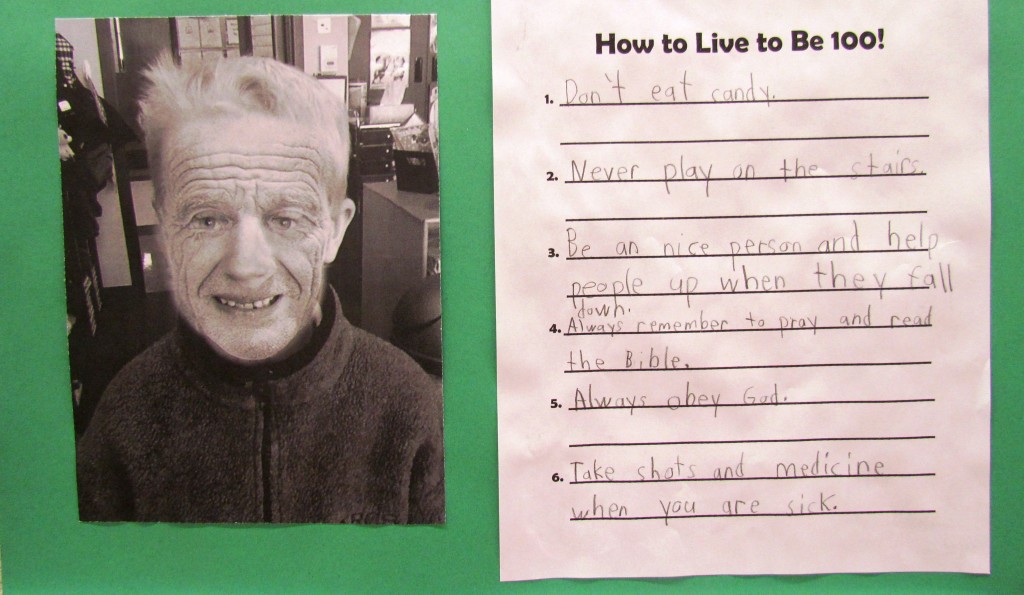 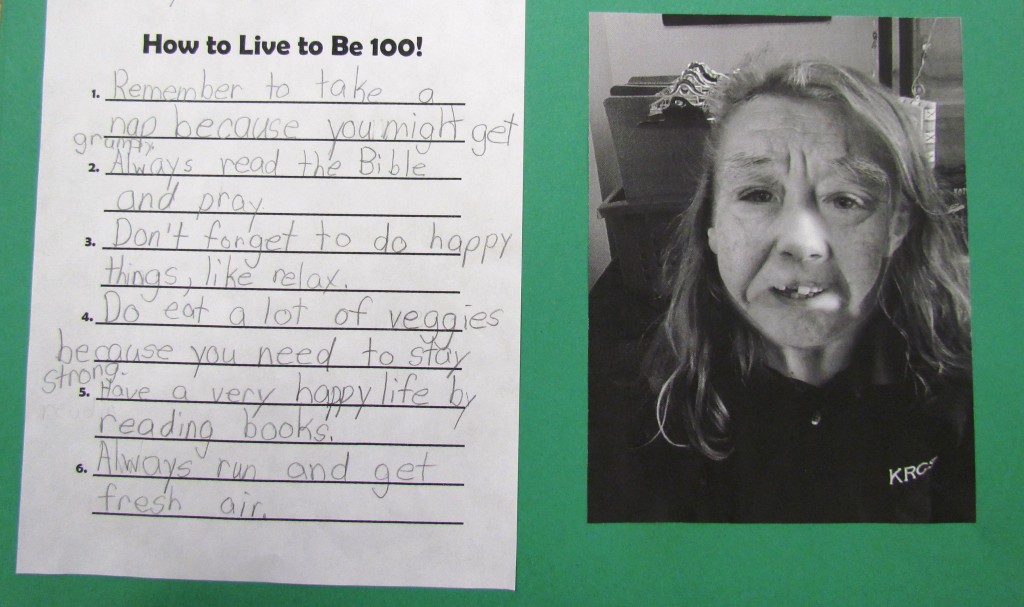 What a great job the children are doing learning cursive! 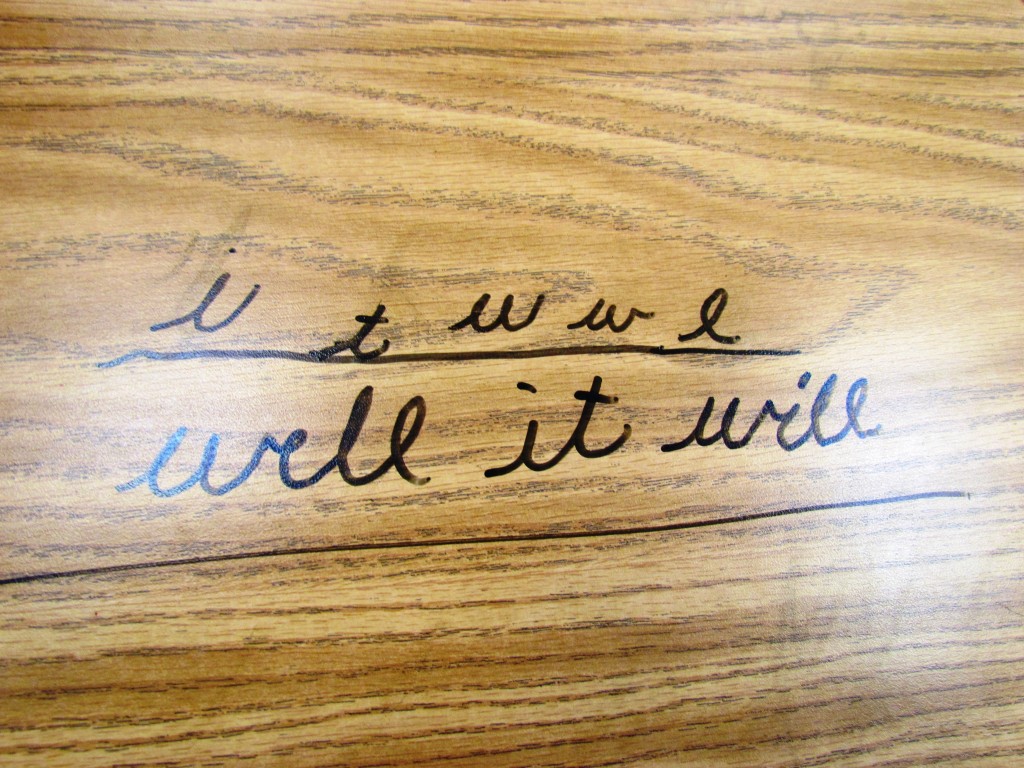 Practicing on our desks 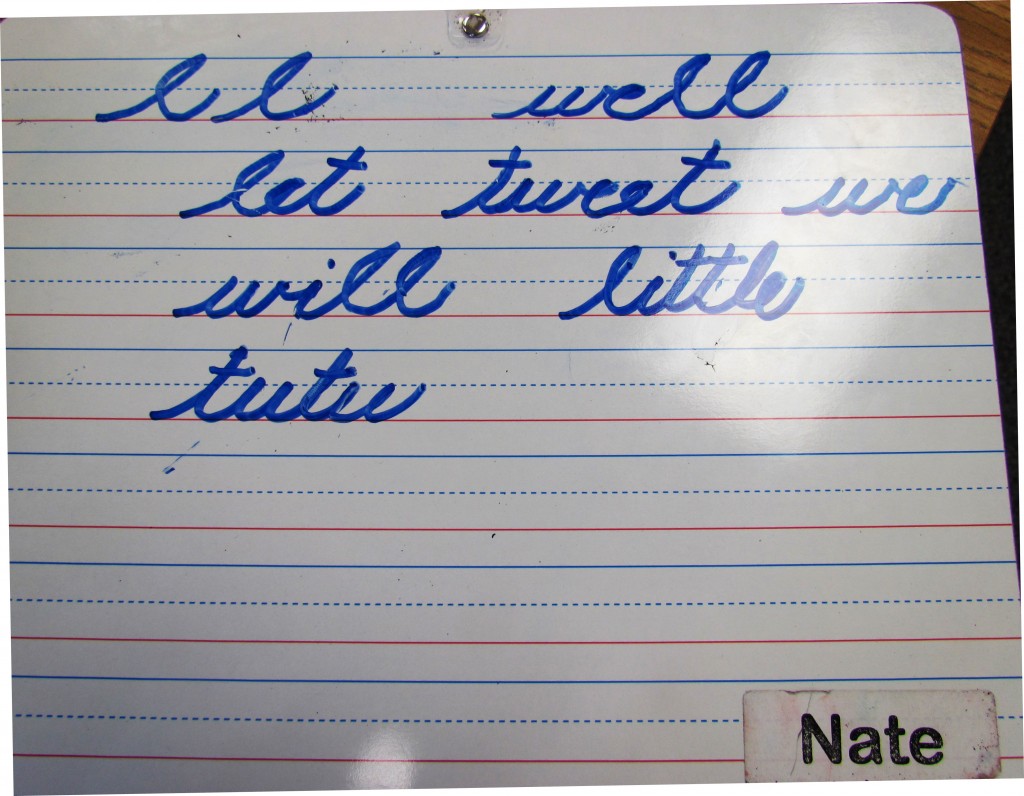 The children really look forward to Parent Spots. Before we made alien pencil toppers, we enjoyed The Astronaut Handbook. 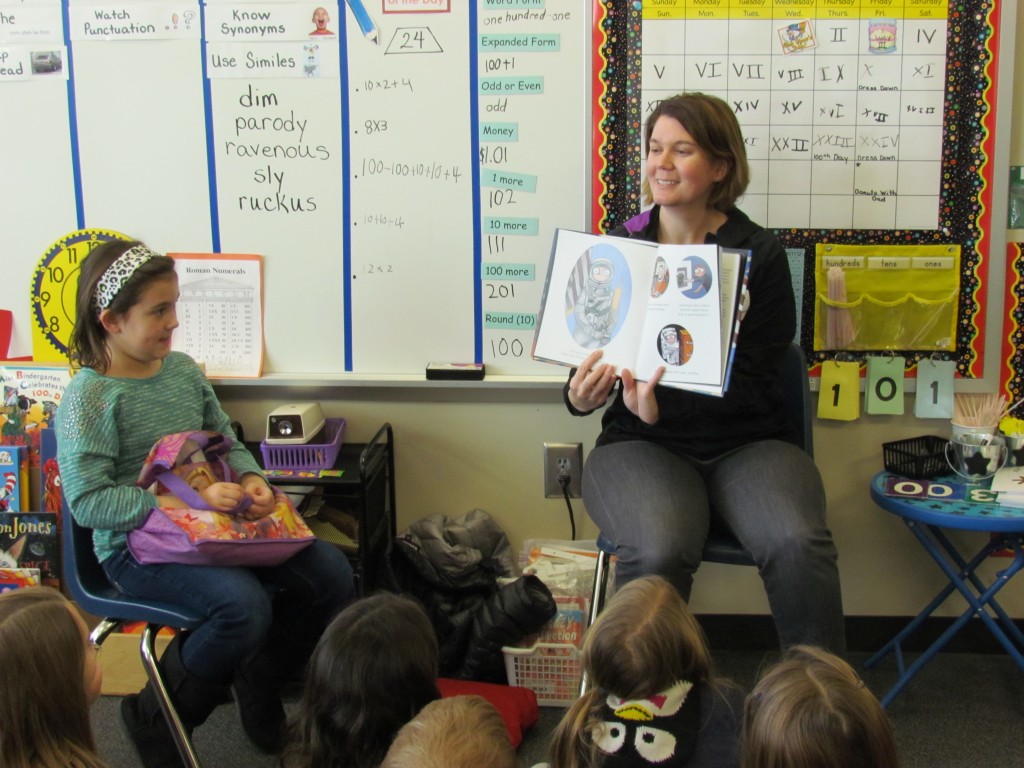 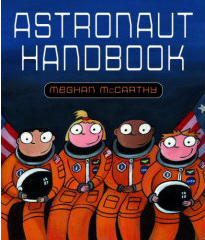 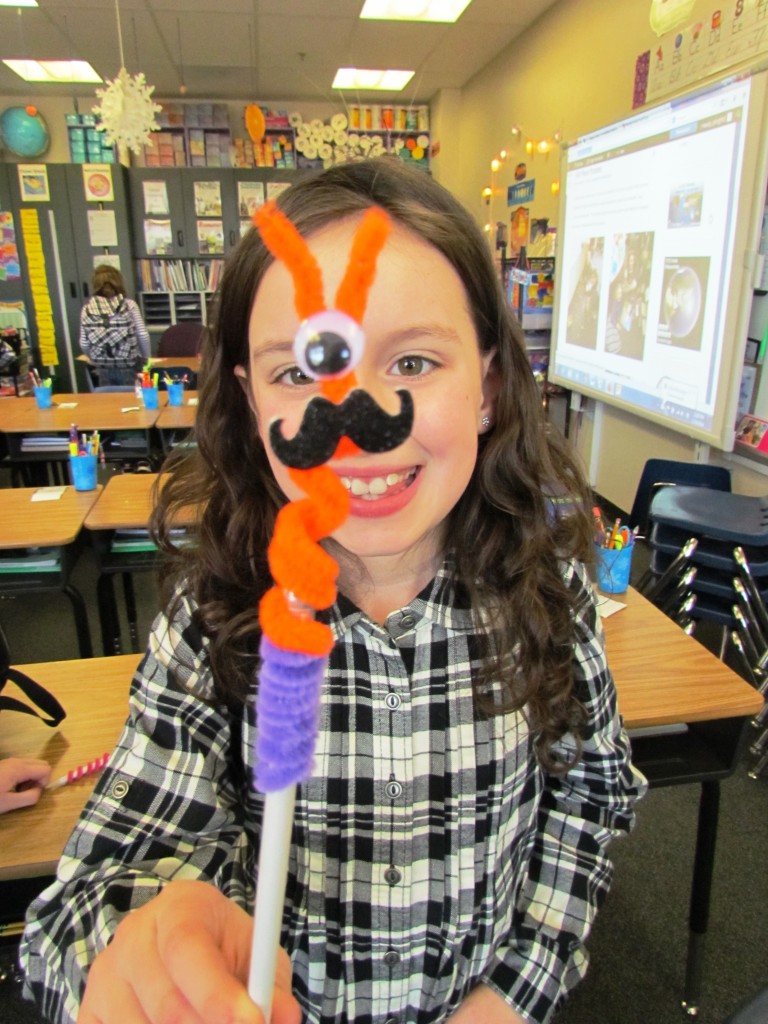 We wanted to collect 100 items to donate to a special place to celebrate the 100th day of school. Our goal was to collect a total of 100 onesies or wipes to donate to A Beacon of Hope. It has been a wonderful opportunity to give back and serve our community! 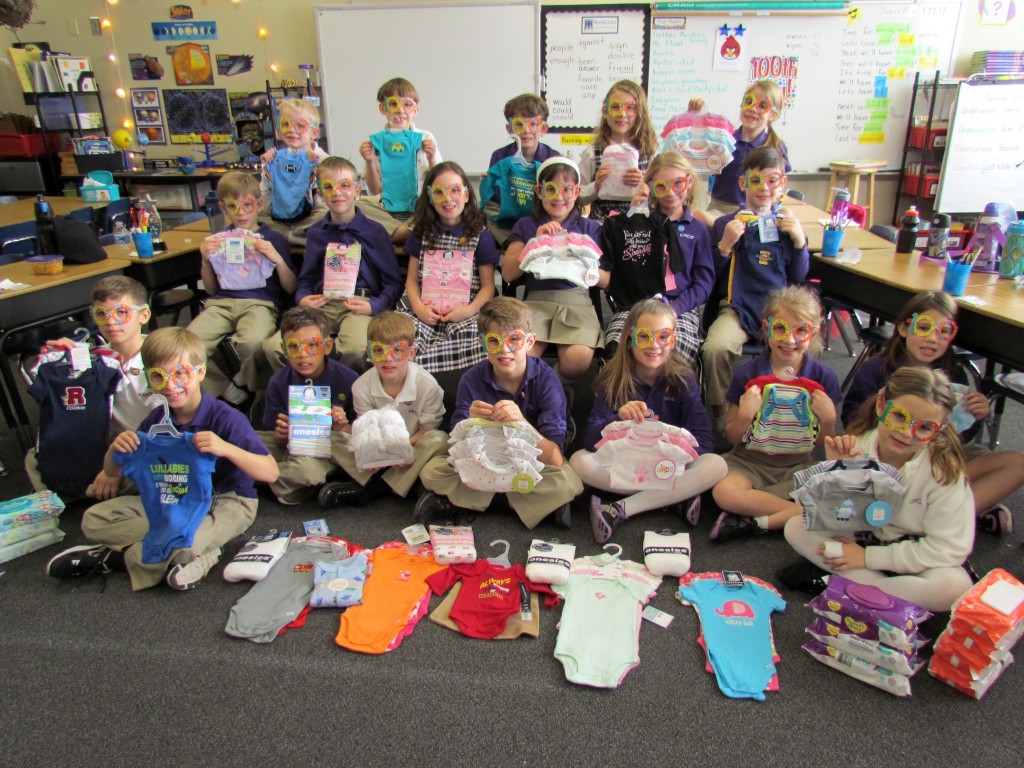 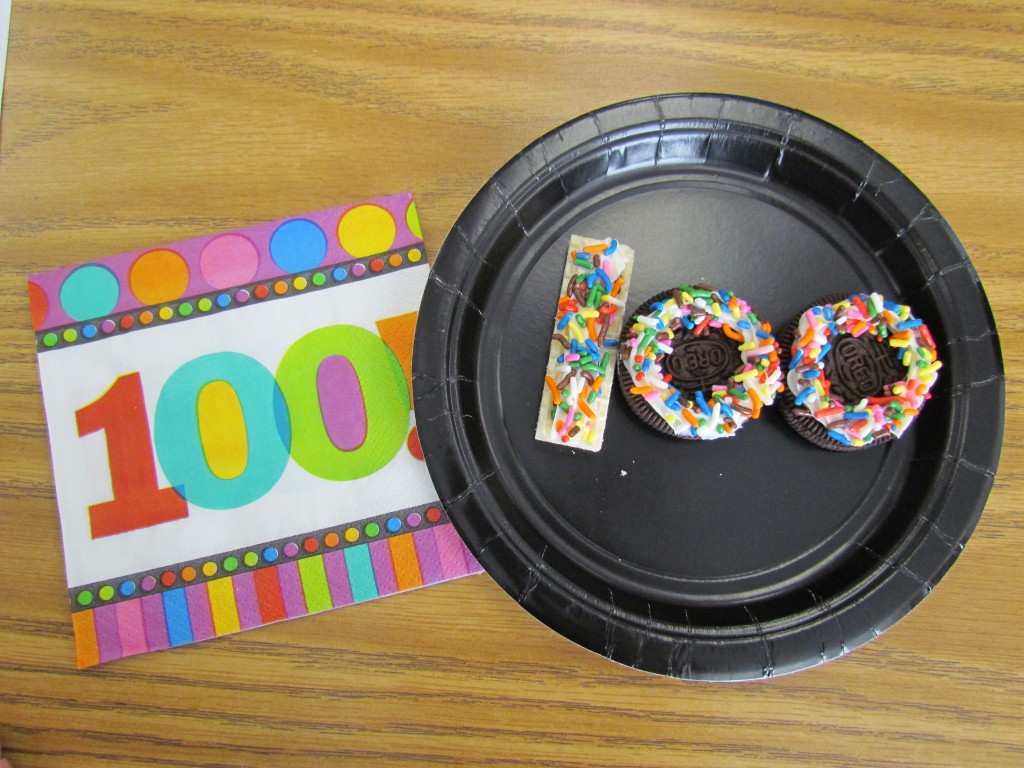 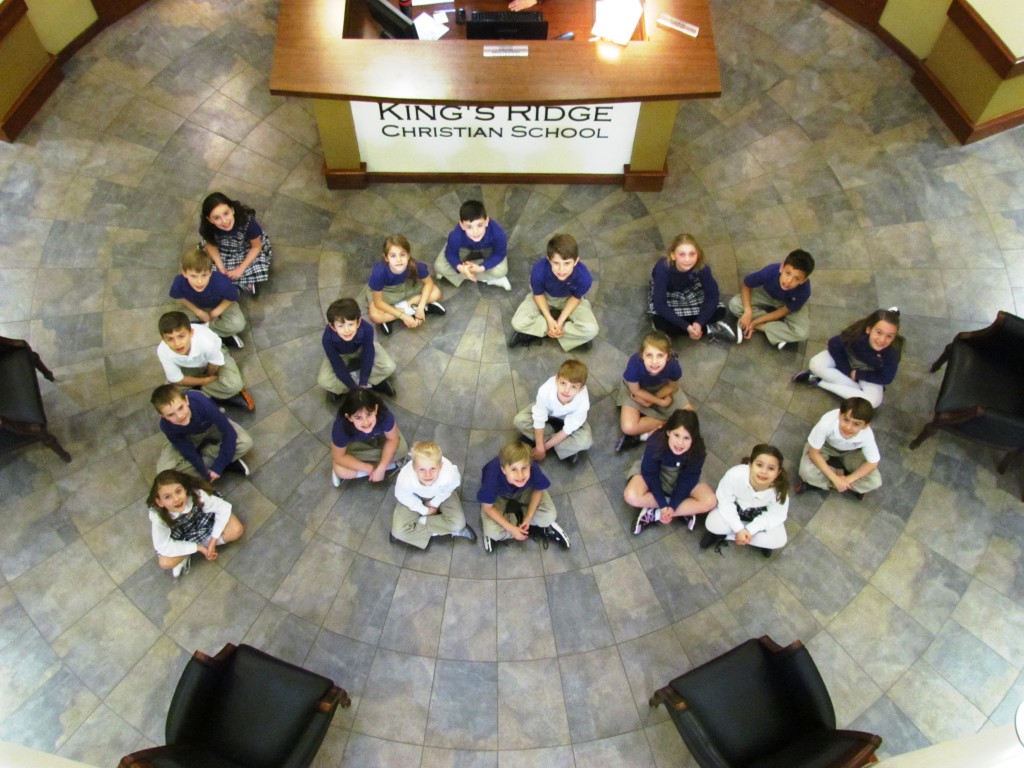 In honor of the 100th day of school, we completed 100 piece puzzles with partners. Puzzles are great for developing spatial awareness, visual discrimination, and problem-solving skills. The children approached the puzzles with different strategies and had to collaborate with their partners. 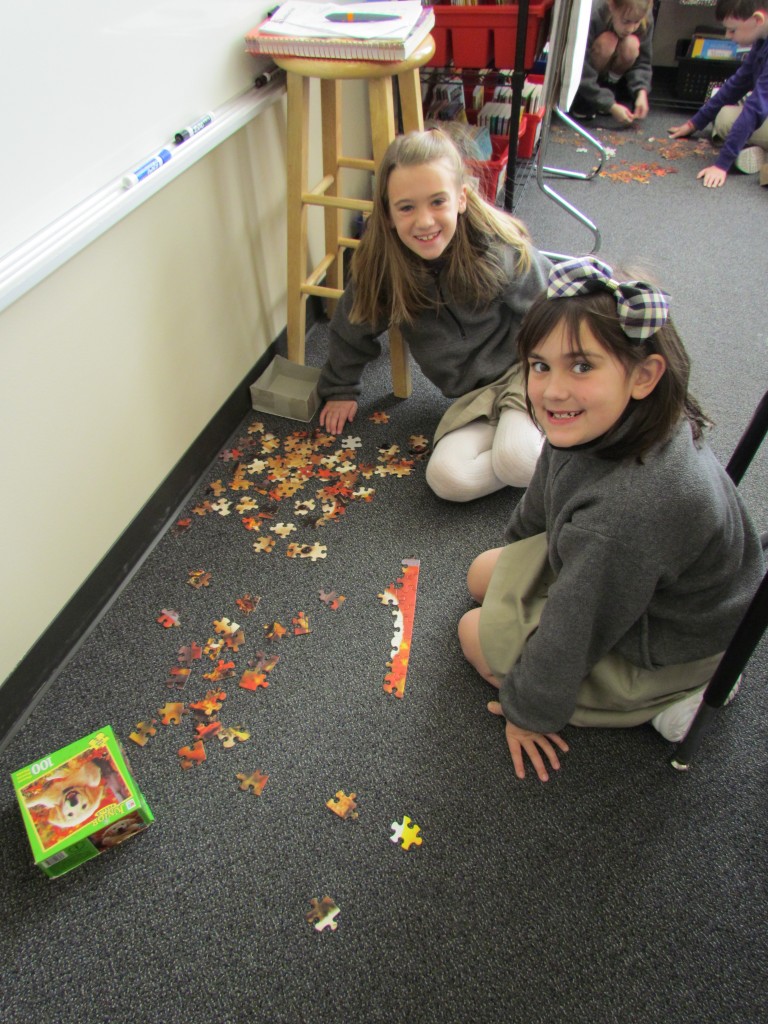 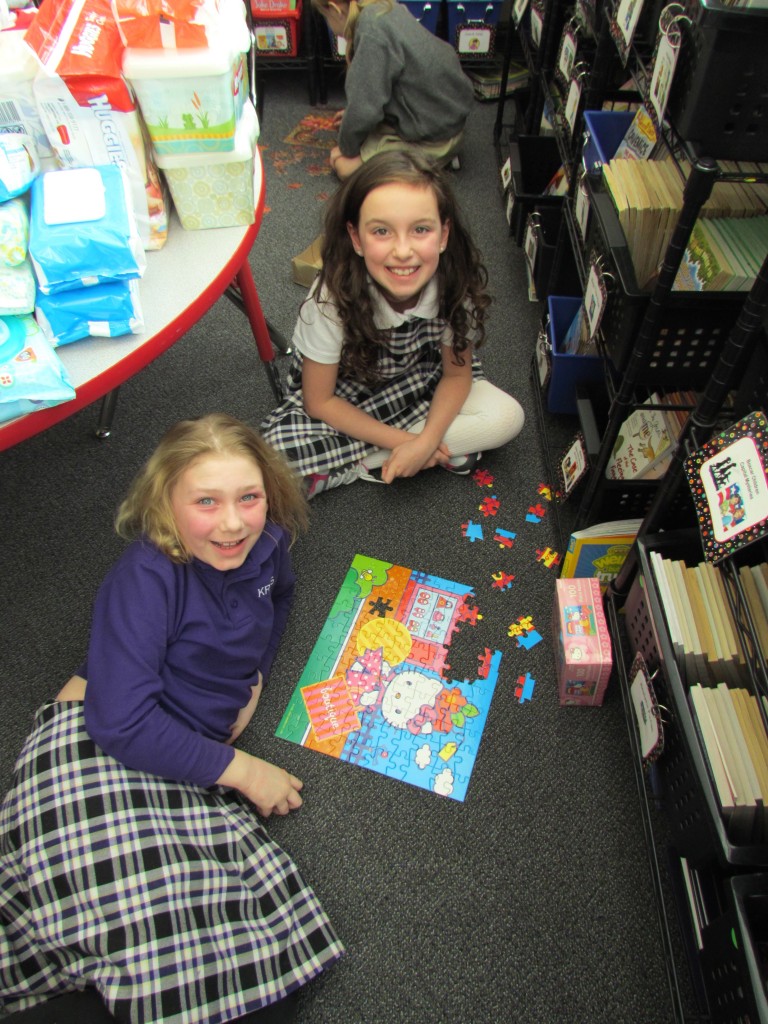 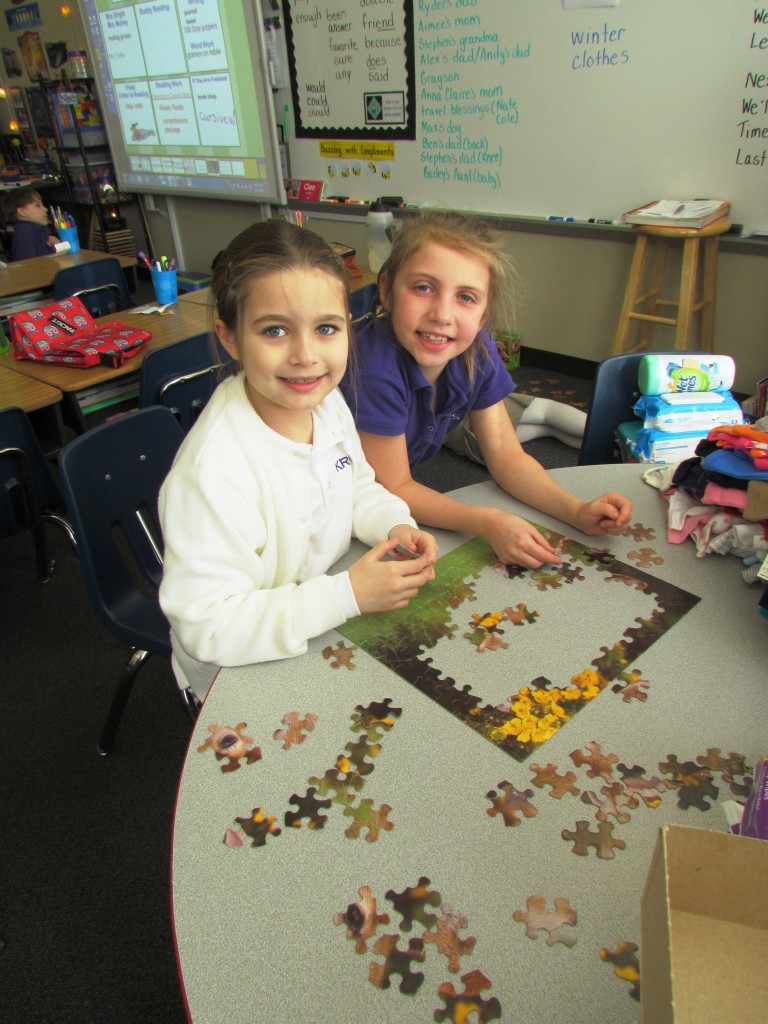 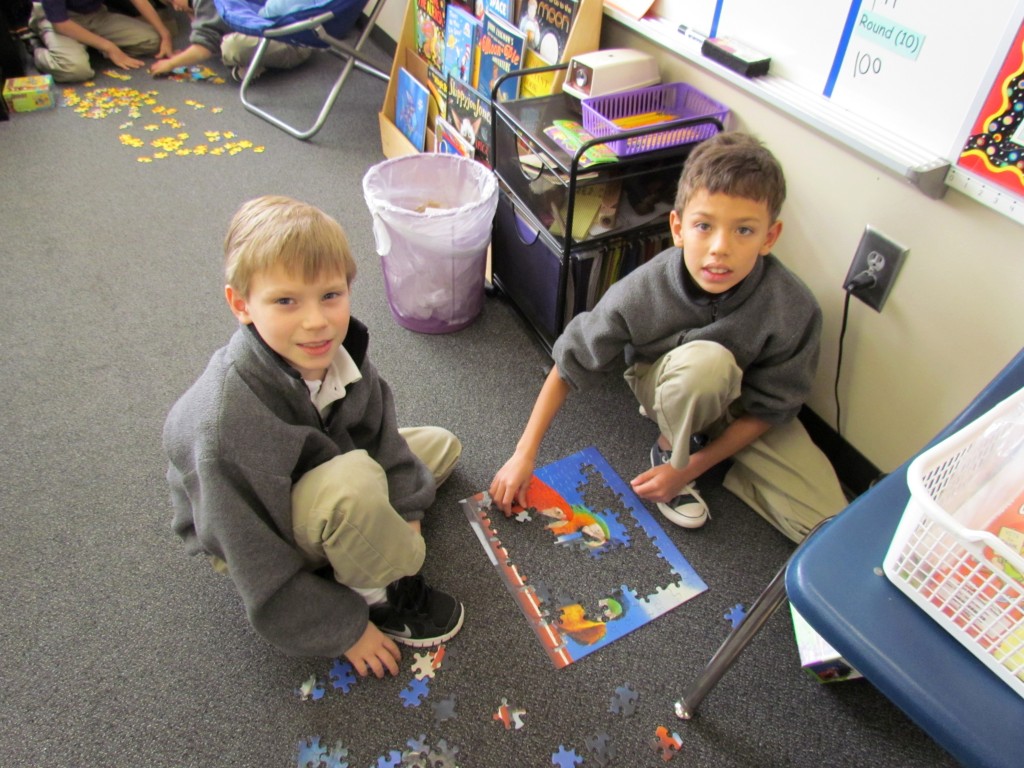 The children will find these surprises on their desks when we celebrate the 100th Day of School! 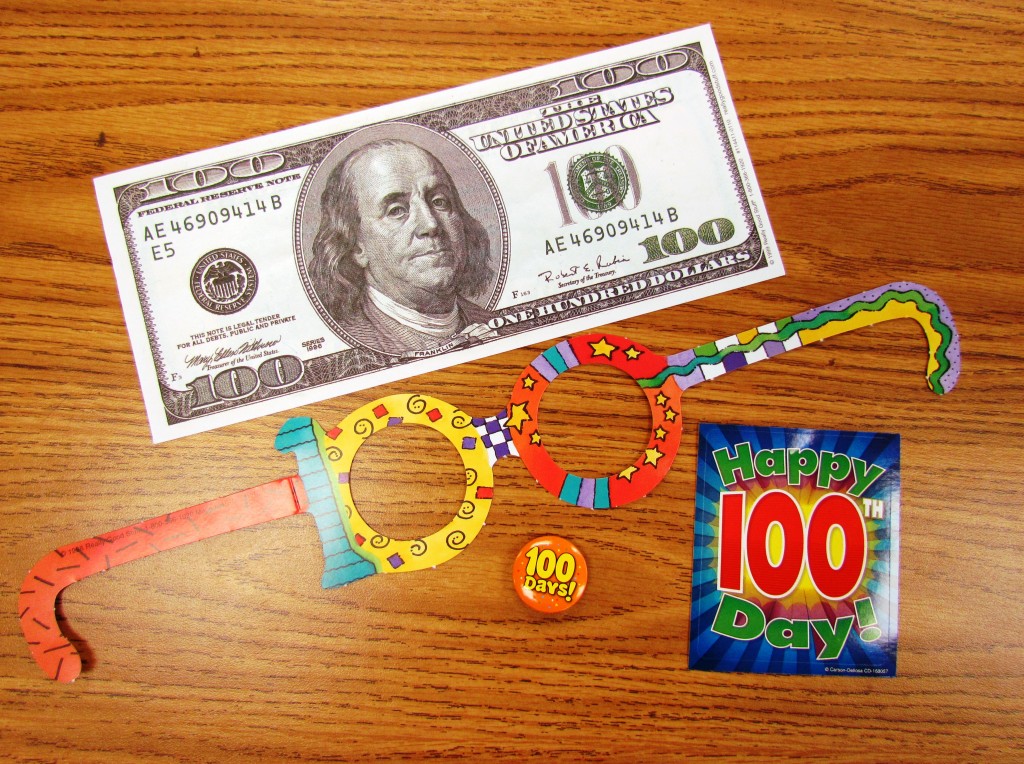 Mrs. LaReux displayed artwork from our class in the back hallway. Be sure to stop by and look at these masterpieces. 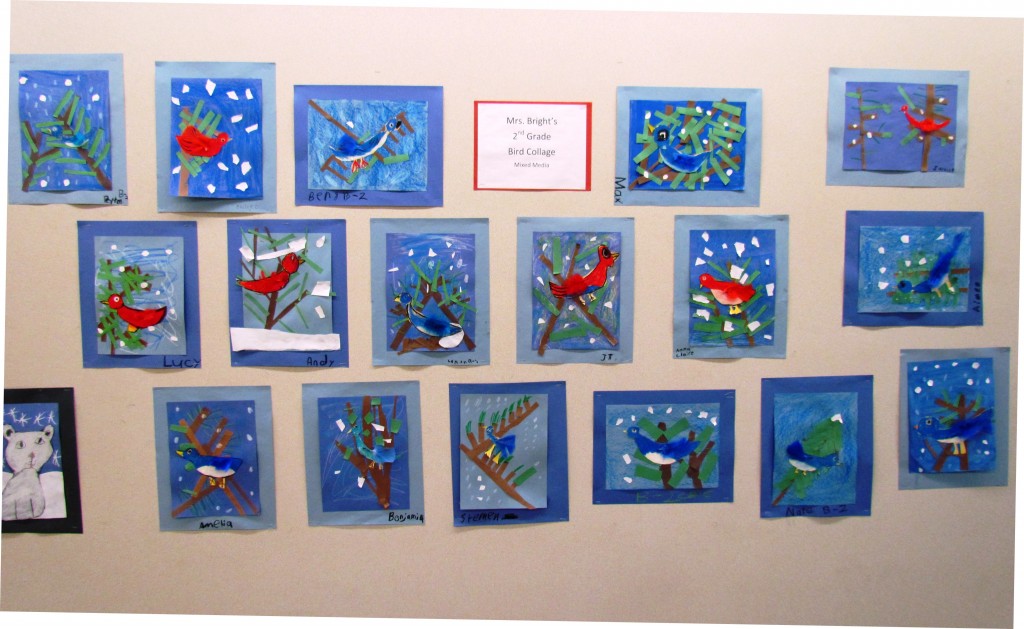 How did the planets receive their names? All of the planets, except for Earth, are named after Greek and Roman gods.

We discussed this fact and decided that God wouldn’t want his beautiful creation to be named after a false god!  (Something to think about.)