The Theory of Plate Tectonics states that the crust of the Earth is composed of seven major plates and numerous smaller plates. These plates “ride” on the hot upper mantle known as the asthenosphere.

The border between two tectonic plates is called a boundary. All the tectonic plates are constantly moving — very slowly — around the planet, but in many different directions. Some are moving toward each other, some are moving apart, and some are sliding past each other. Because of these differences, tectonic plate boundaries are grouped into three main types:  convergent, divergent and transforming/sliding.

Transforming Boundaries – Two plates slide past each other, and earthquakes are the result. 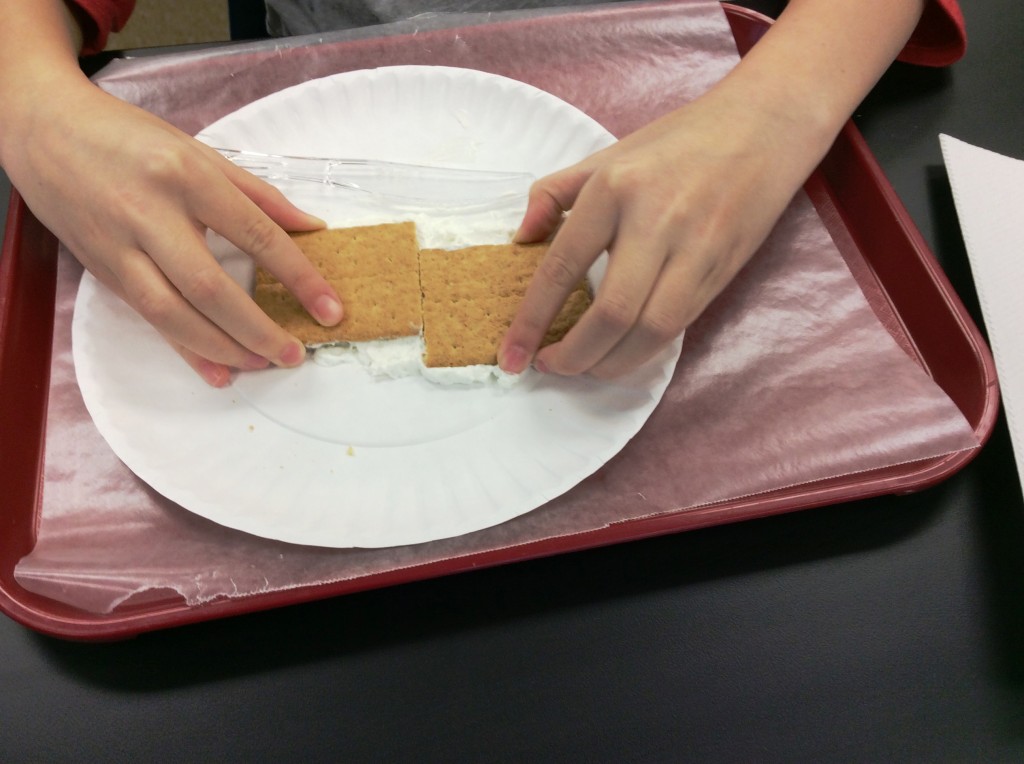 Divergent Boundaries – Two plates move away from each other, and molten lava rises up between them. 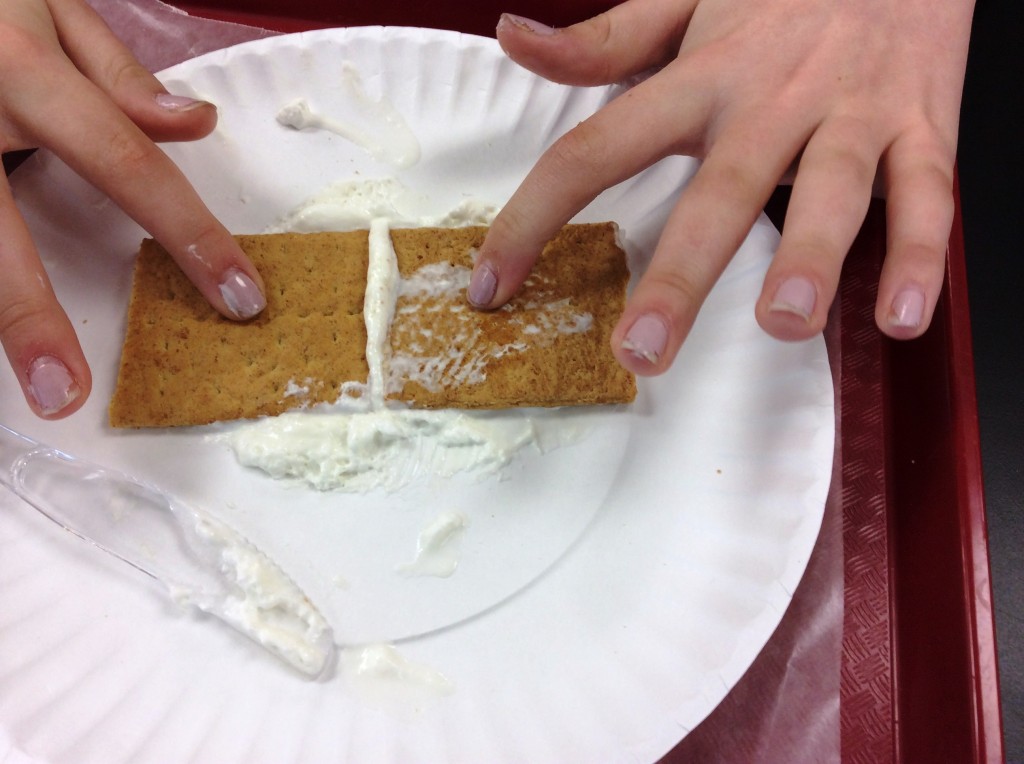 Convergent Boundaries -Two plates move toward each other and eventually collide. One may ride up over the other. This is called subduction. 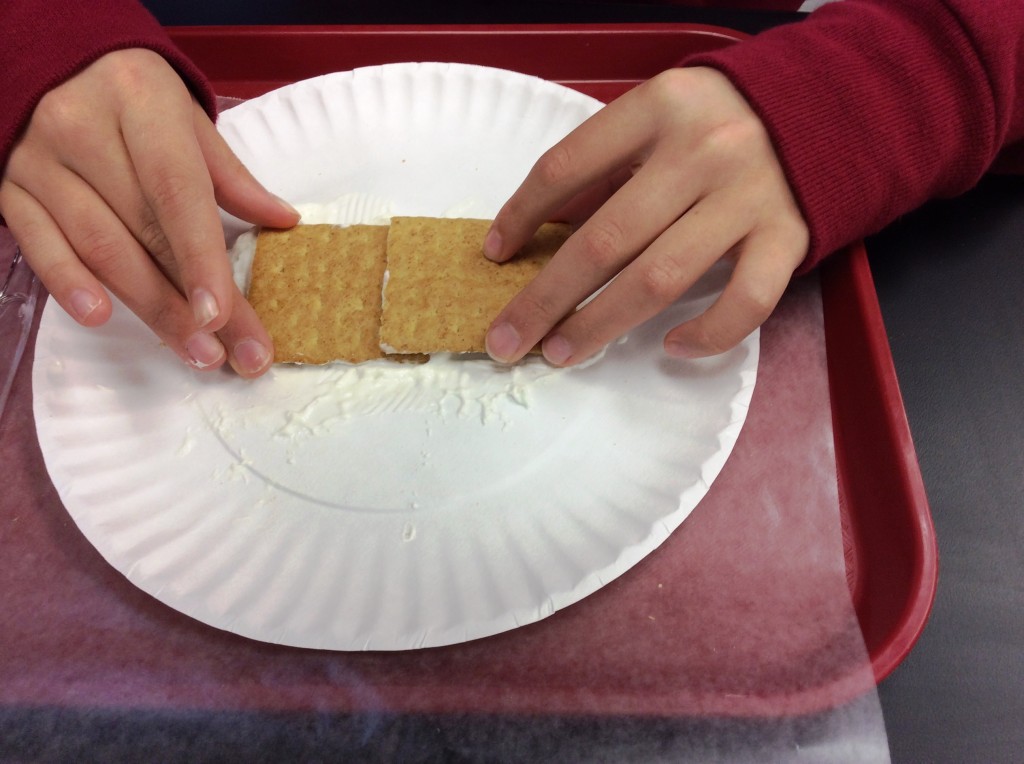 Convergent Boundaries – The ridge of the pushed-up cracker is just like many mountain ranges around the earth that were formed as two plates slowly crumbled together over a long period of time. 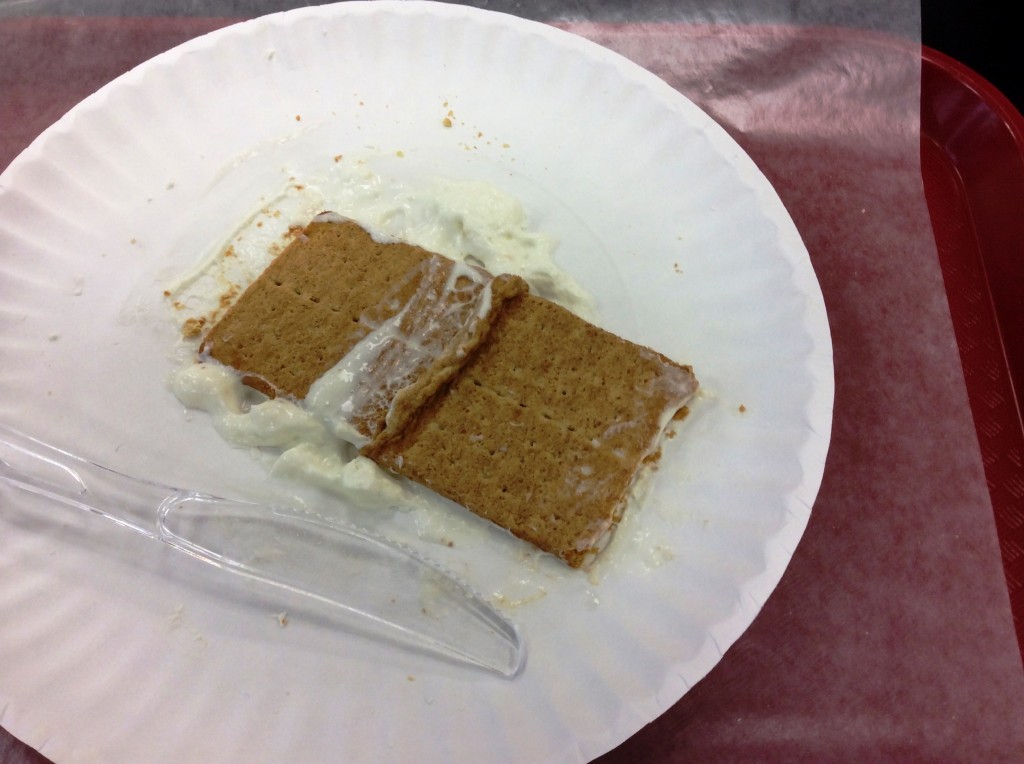 Then we ate our lab!