First grade scientists completed three magnet investigations in this lab. We used our knowledge of attract and repel to make the cars push and pull. (It was a western wear dress down day.) 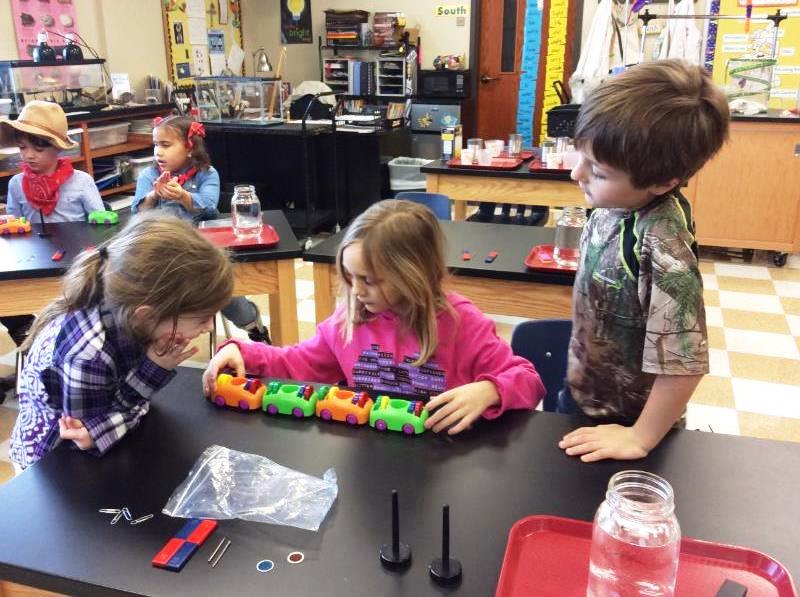 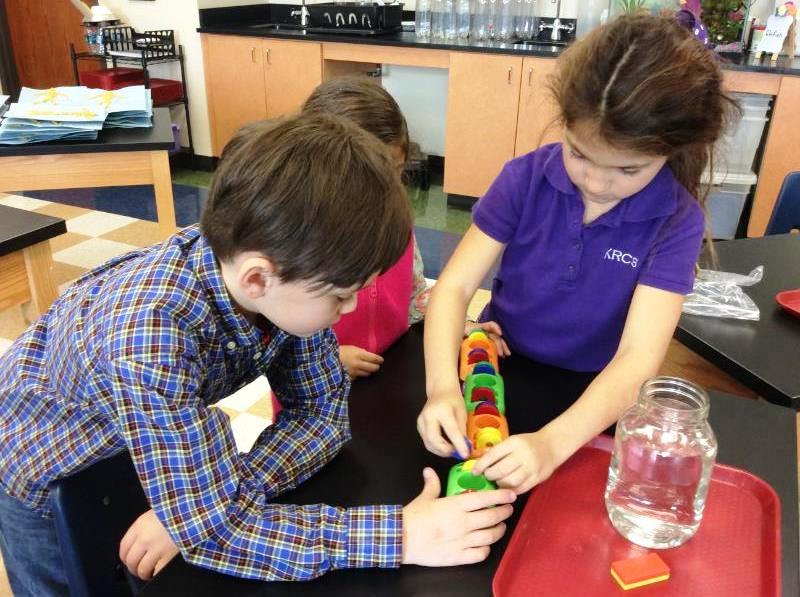 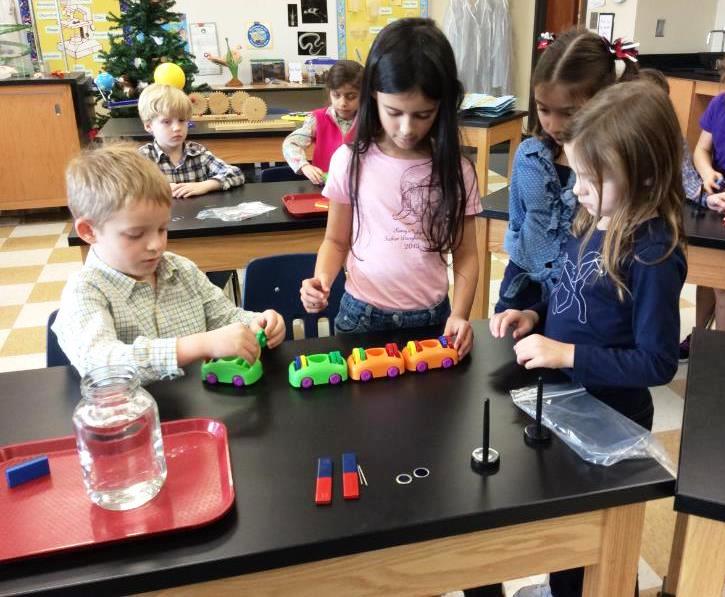 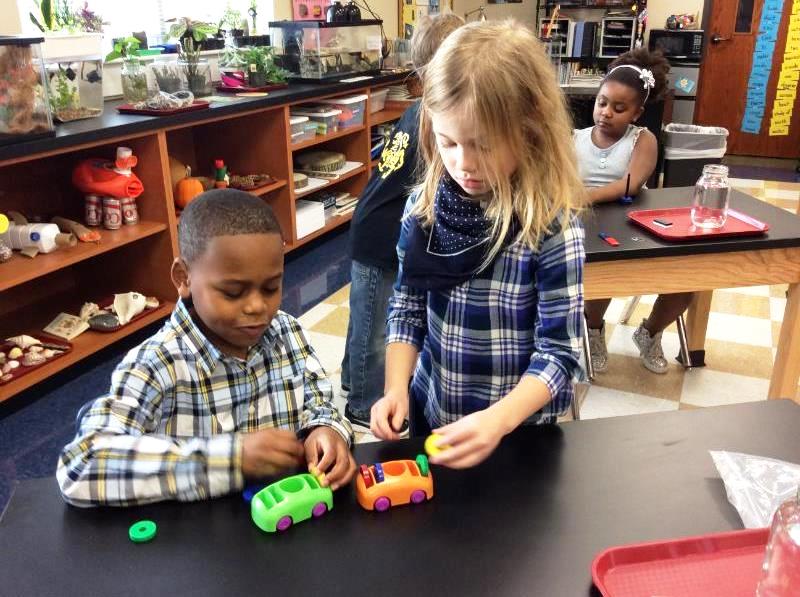 We made a temporary magnet by rubbing a nail in the same direction, at least 50 times, alongside a bar magnet. Afterwards, we were able to attract paperclips with our nails. Rubbing the nail lines up the molecules. 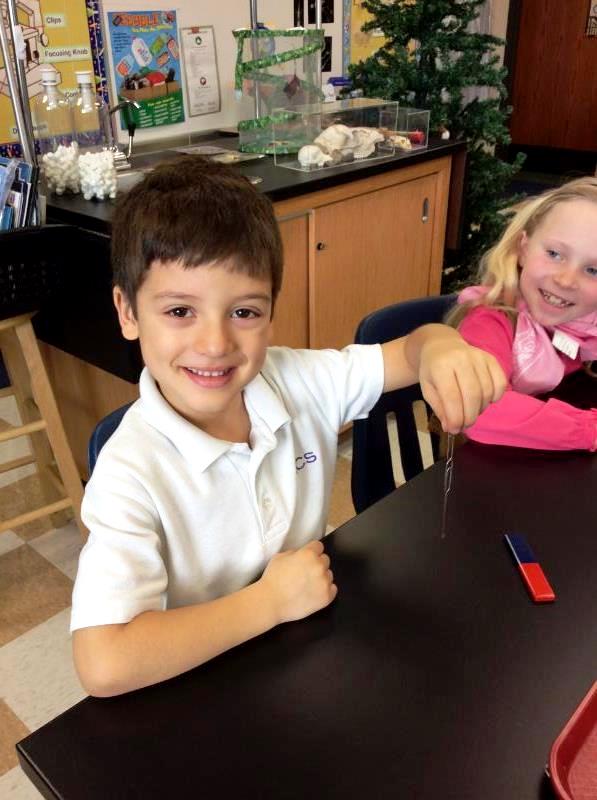 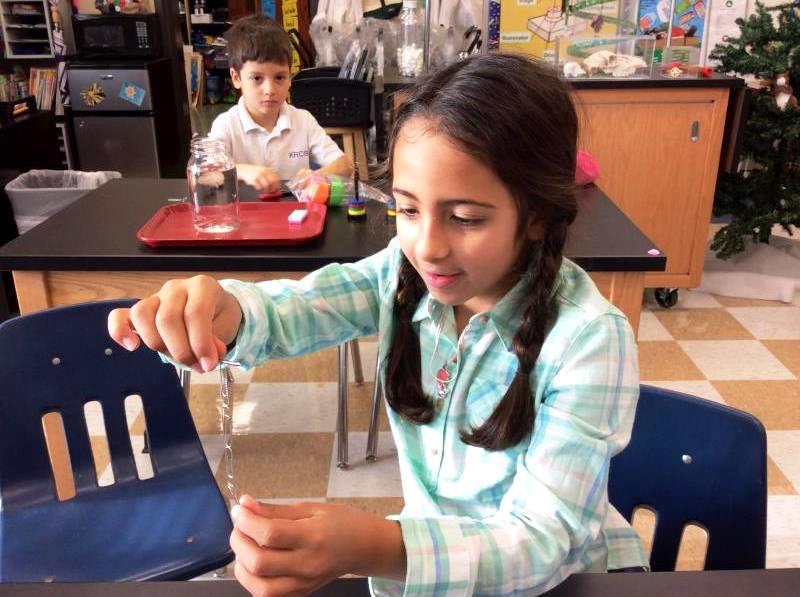 During our last lab, we discovered that the magnetic force can move through solids and today we learned that the force can also move through liquids. The challenge was to pull all of the paperclips out of the water-filled jar without touching the water. 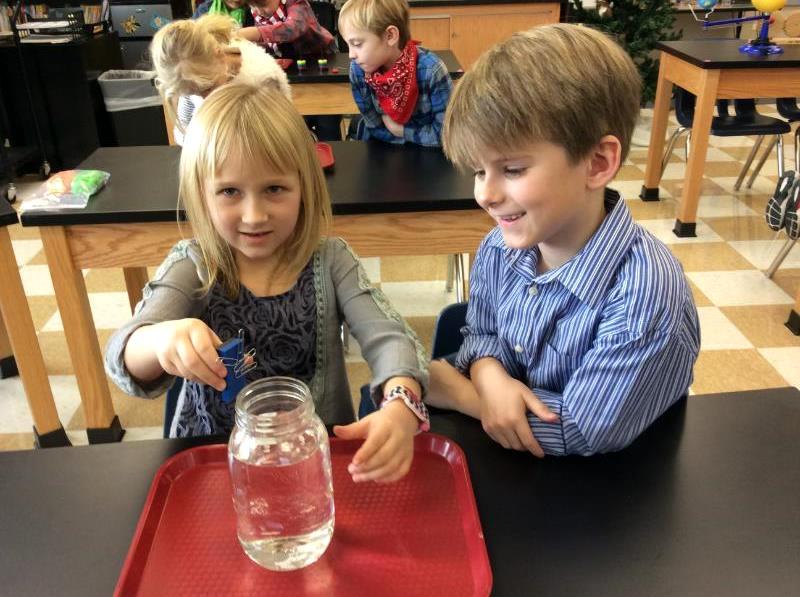