Second grade astronomers discussed the following questions:  What is a crater? How is it formed? Then we completed an investigation. Click here.

We determined that the depth of the craters and the ejecta patterns (rays) were impacted by the density and size of the asteroids (balls and rocks) and the force and angle at which the asteroids hit the lunar surface (flour and cocoa).

We also learned that there are craters on Earth and we looked at photos of some of those craters. 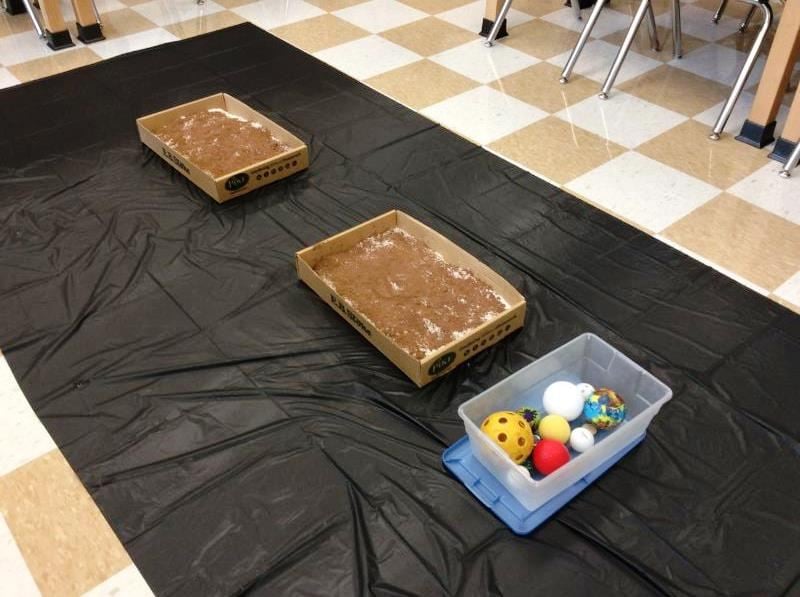 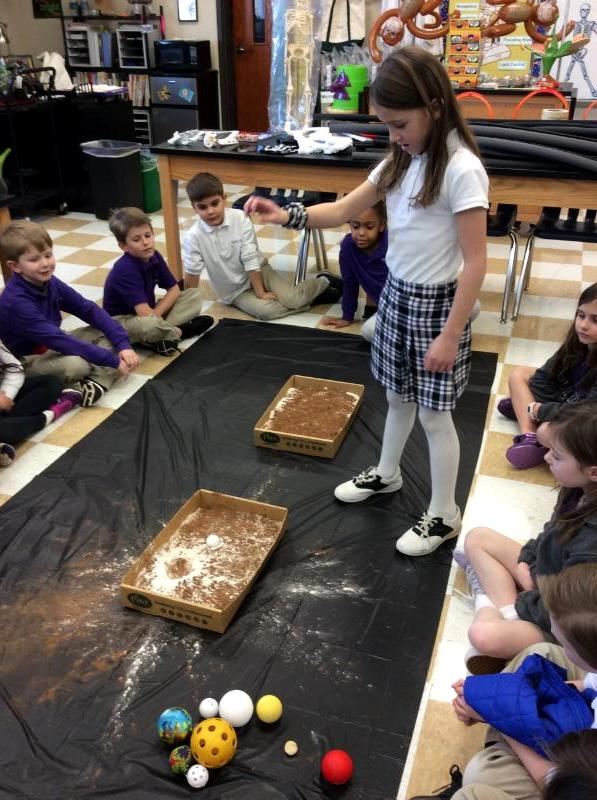 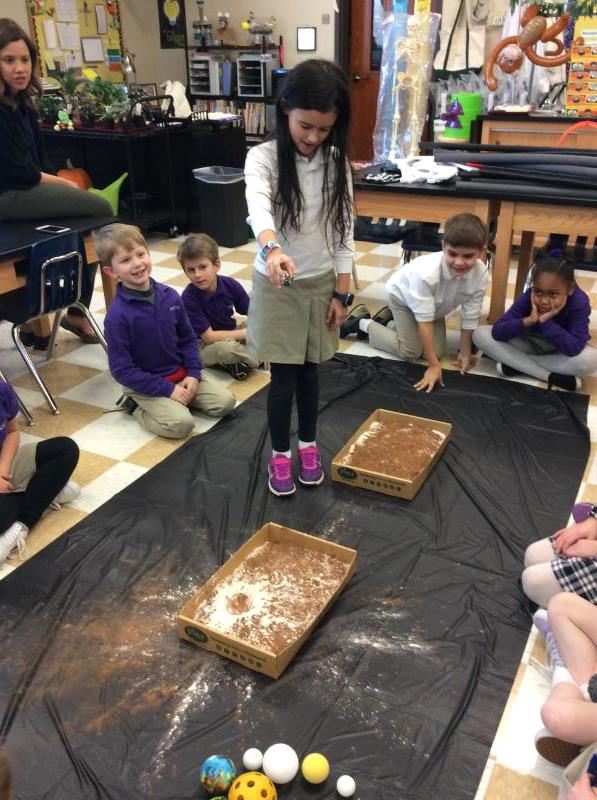 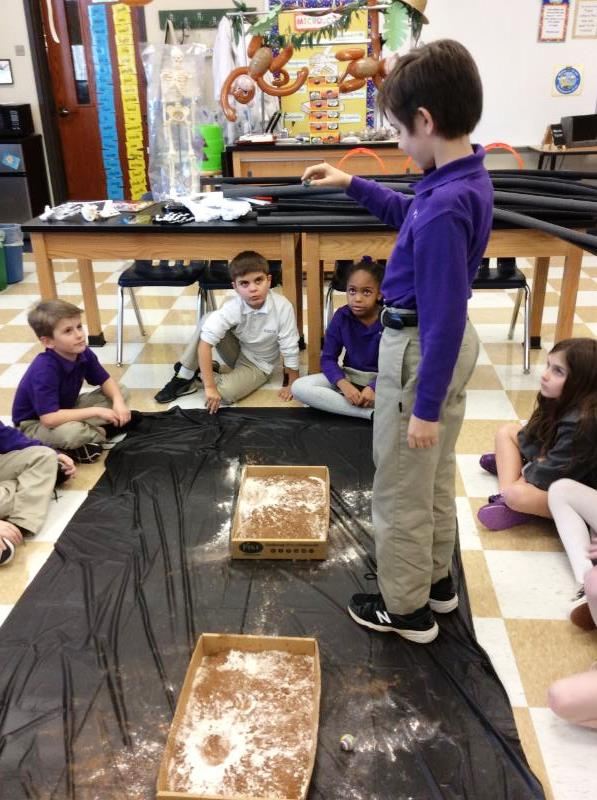 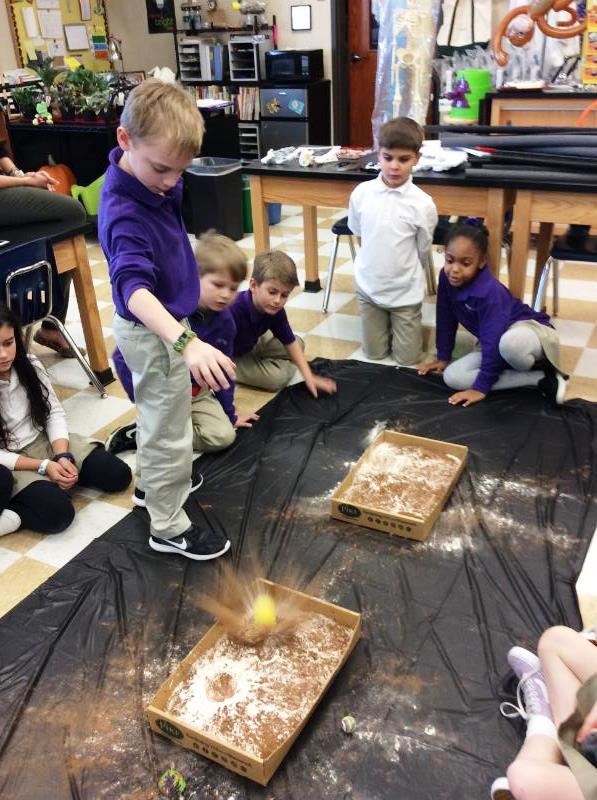 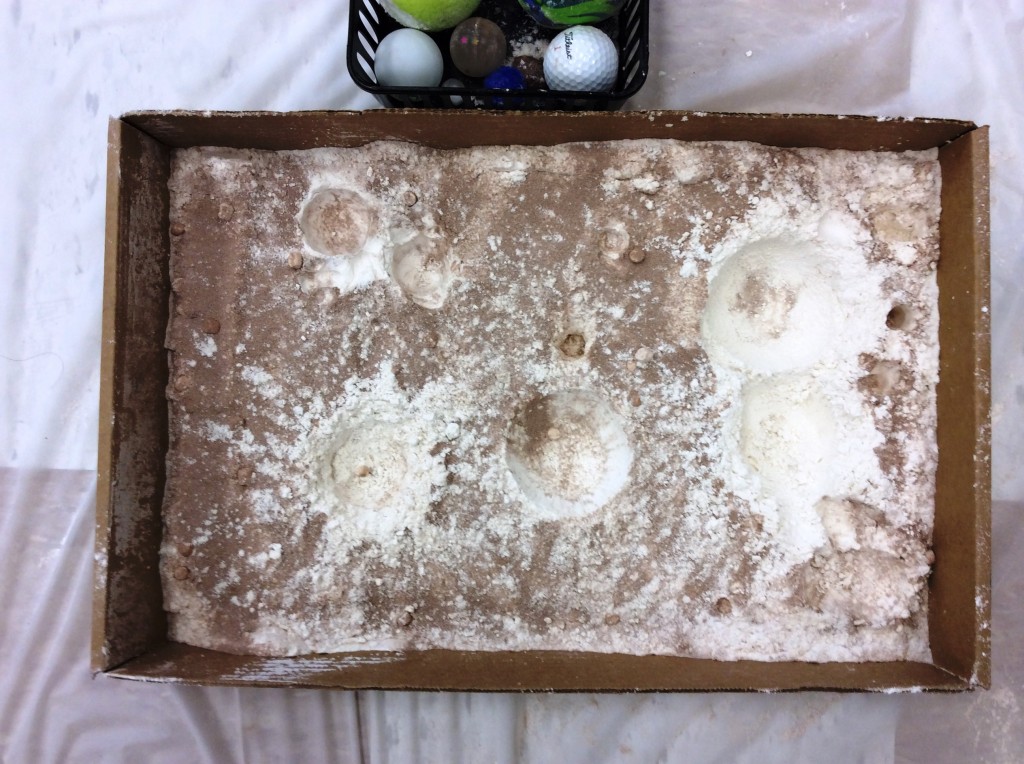 The moon does not produce any light of its own. The light is reflected from the sun to the earth. We completed an investigation with flashlights and mirrors to better understand reflection. 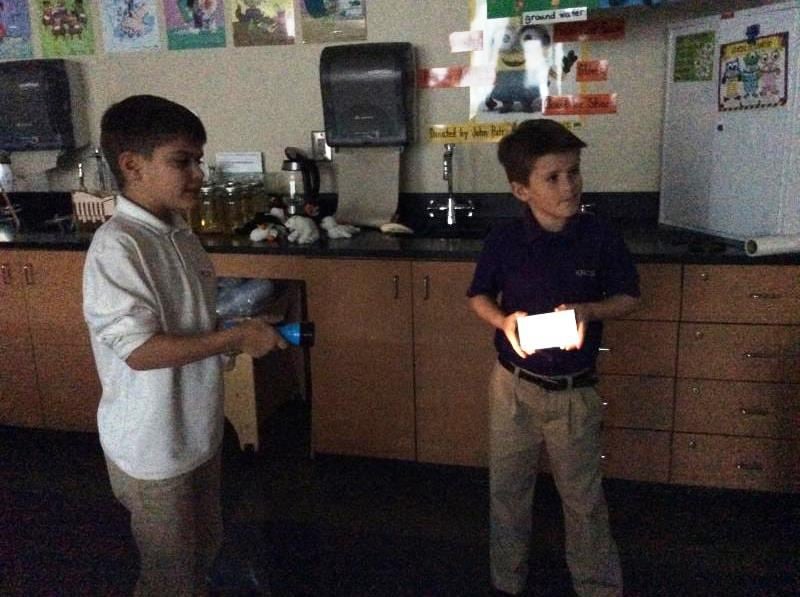