PreK scientists continued their study of air properties. Air takes up space. We can’t see air, but we can feel it. Moving air is called wind. Air can push and pull.

Look what happens when you place a ping pong ball in the flow of air created by a hair dryer! When we placed a paper cylinder above the ball, the ball went flying through. Why? Click here to watch. 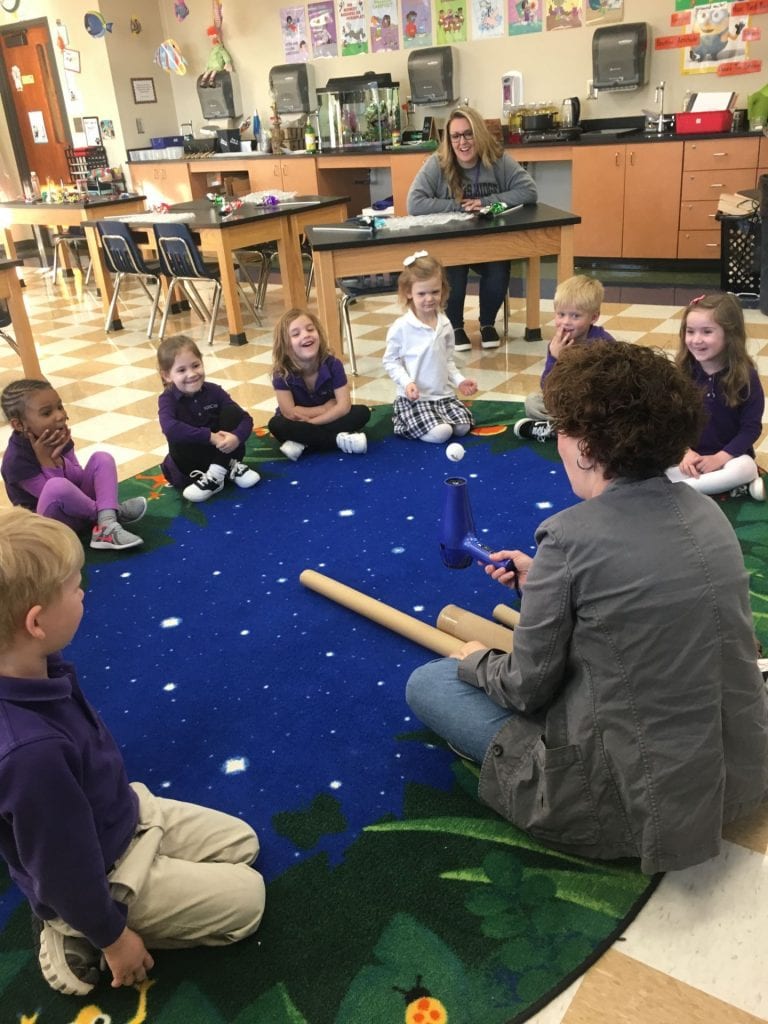 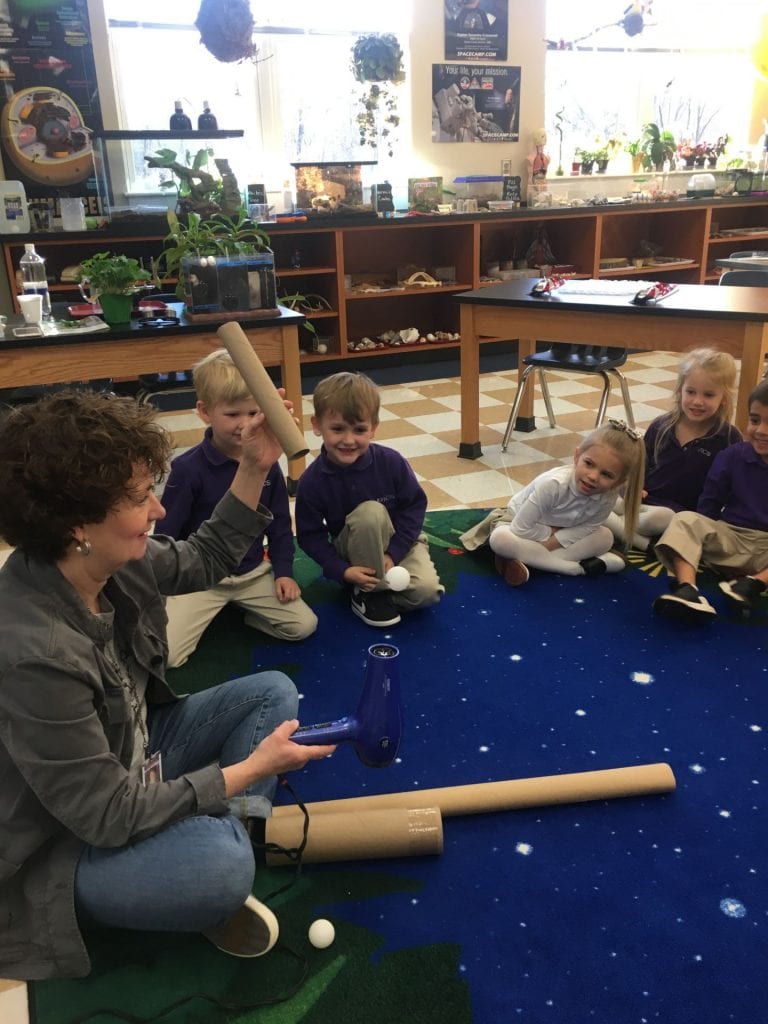 As we placed objects with varying weights in this wind tunnel, the objects flew around in a circle. Scientists call this a vortex. We could also control the speed of the airflow. 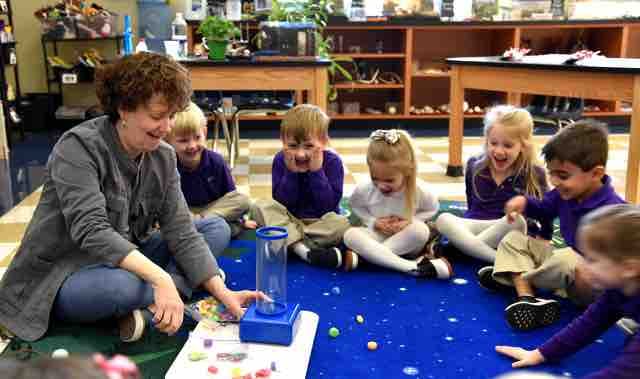 How can you spin a pinwheel without touching it? We had a pinwheel parade and discovered that the air pushed our pinwheels as we walked. The faster we moved, the faster our pinwheels moved too. Click here to watch the parade.

Then after I blew air into a paper bag and a Ziploc bag, I popped them. Why did they make such a loud noise? How fun it was to hear the popping noises we made when we pushed the bubble wrap which is also a great activity for fine motor development. 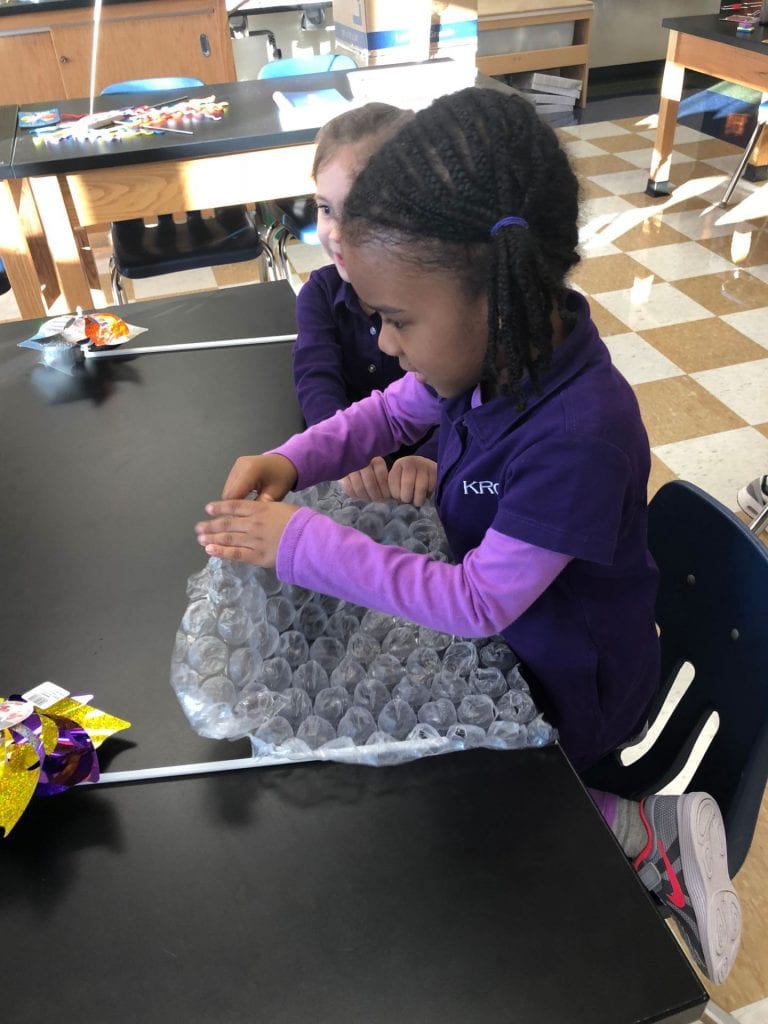 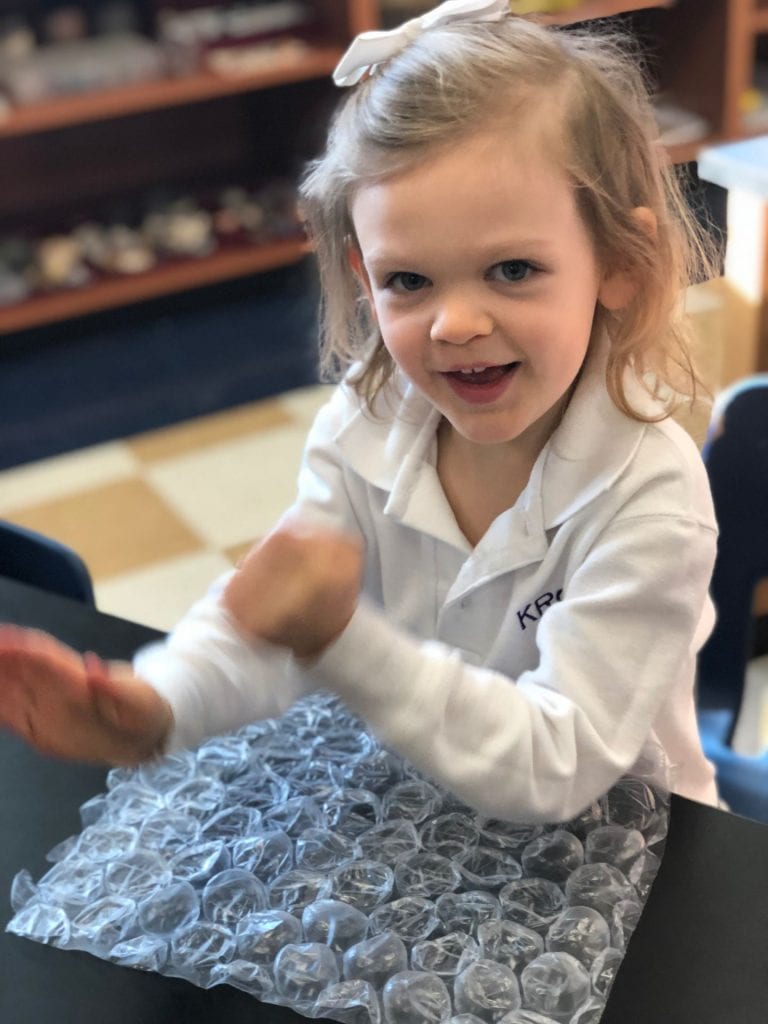 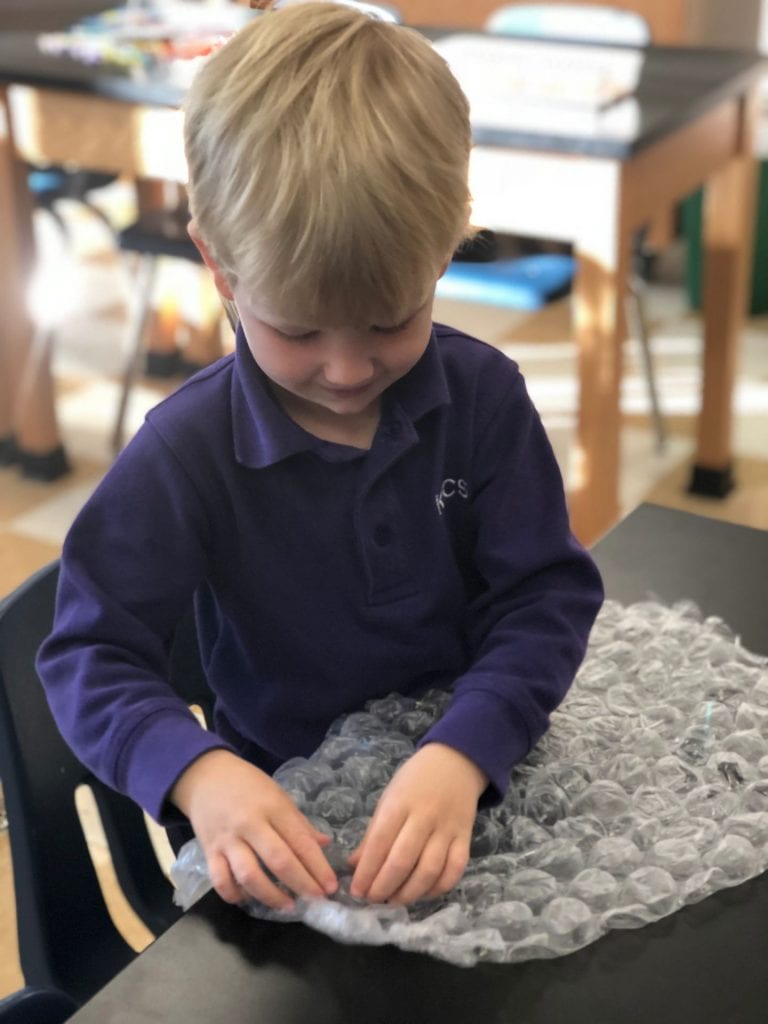