It was all about spiders in this lab! After looking at our plastic spiders and a real tarantula, kindergarten biologists drew spiders with two bodyparts (cephlothorax and abdomen), eight jointed legs attached to the cephlothorax, helper legs (pedipalps), spinnerets, and fangs. Most spiders have eight eyes, but they always come in an even number. 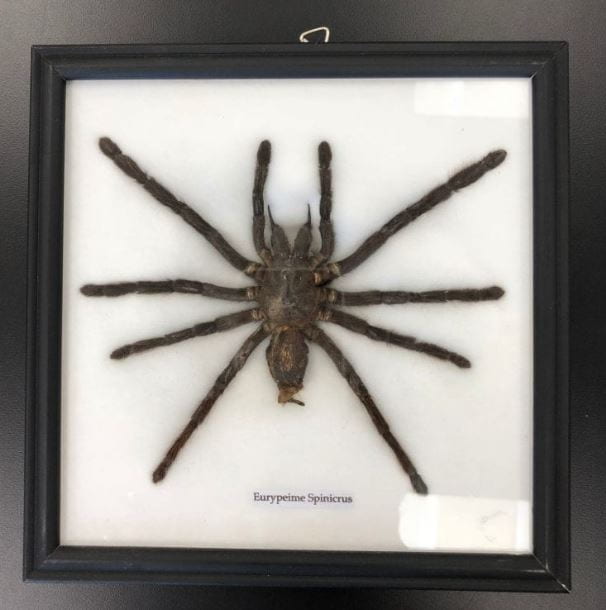 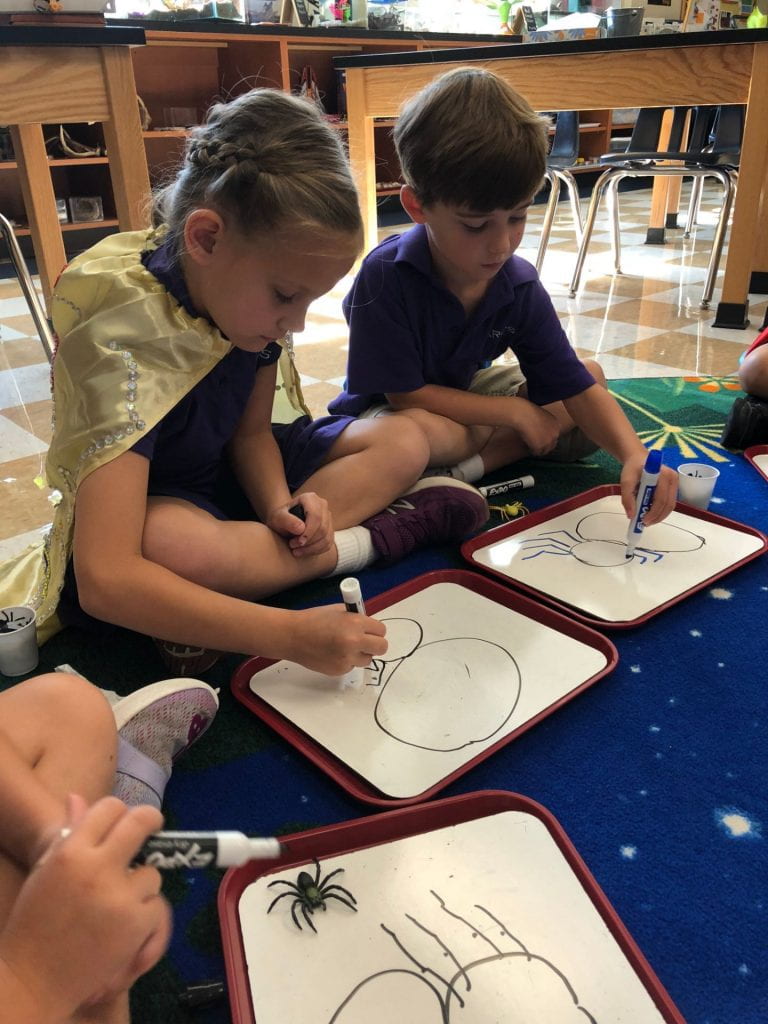 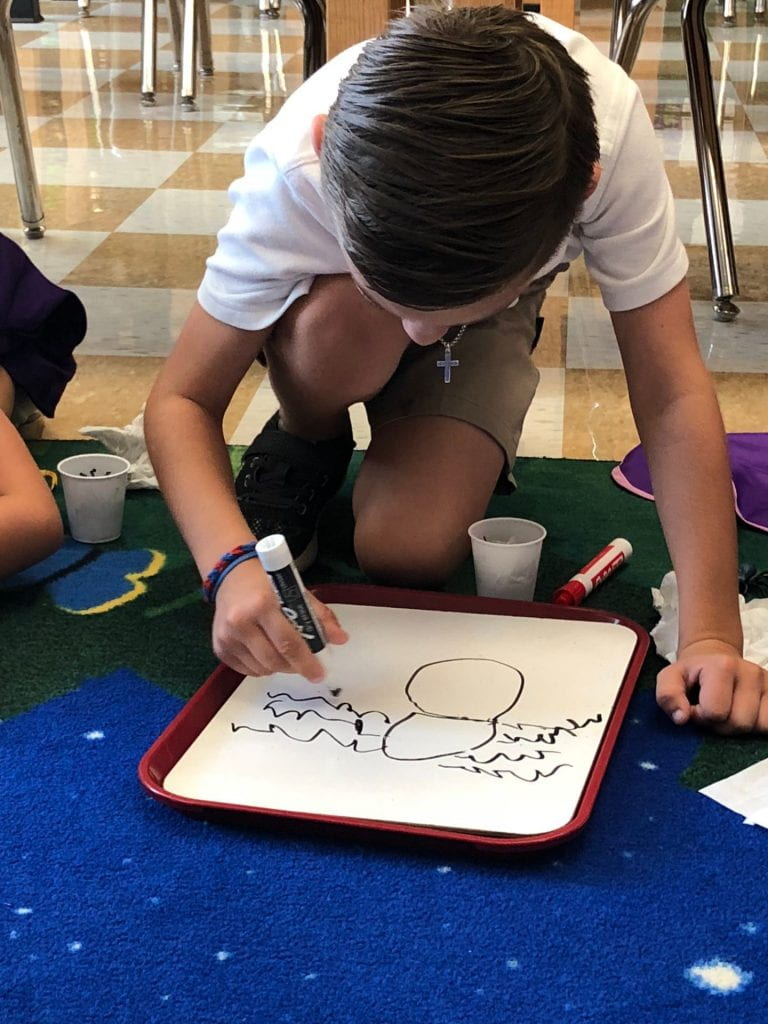 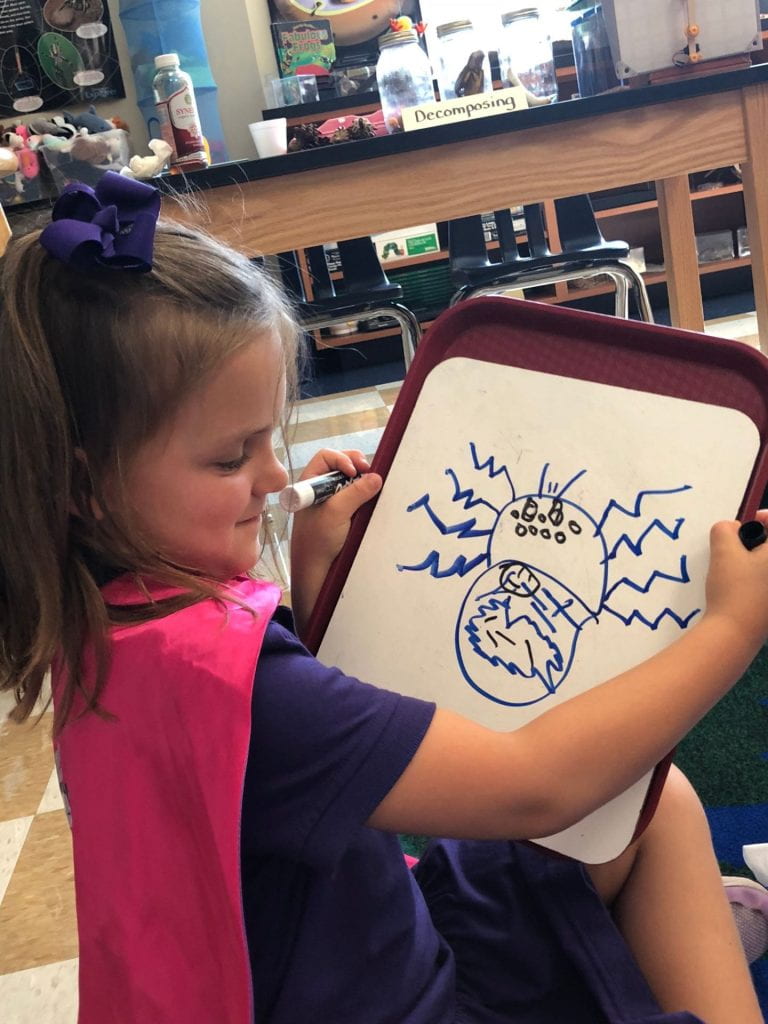 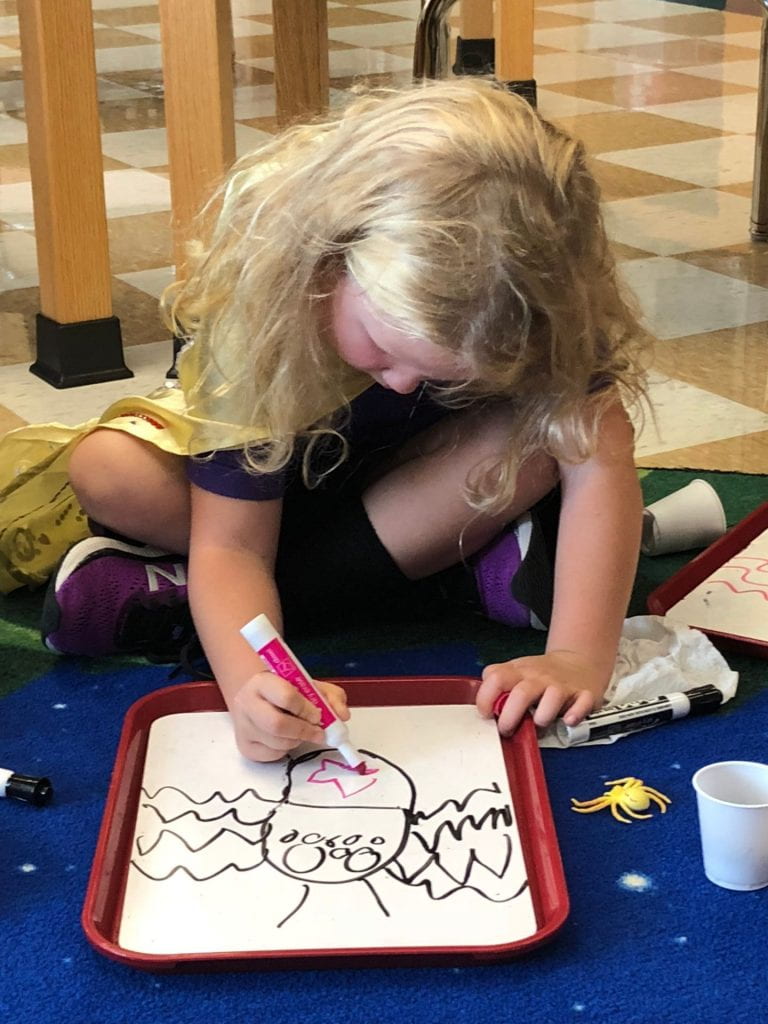 Then we learned that many spiders spin webs to catch their prey. There are different kinds of webs, but we focused on orb webs. I compared an orb web to the planets orbiting the sun. We practiced drawing orb webs and then added our spiders, as well as some flies for them to eat. 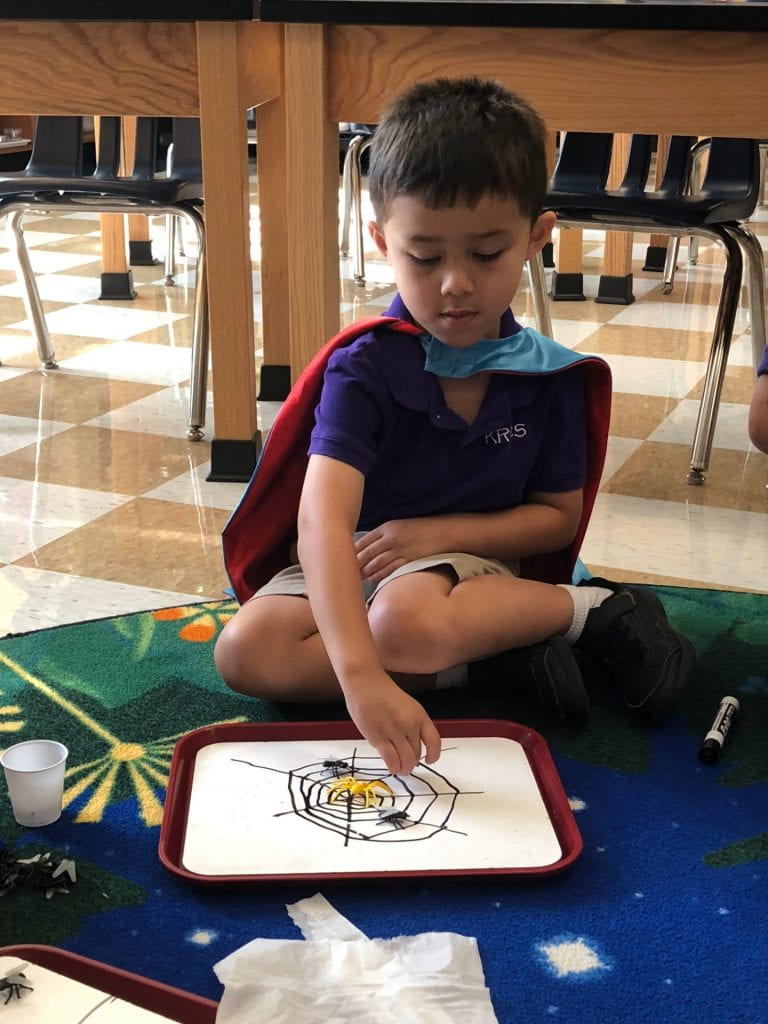 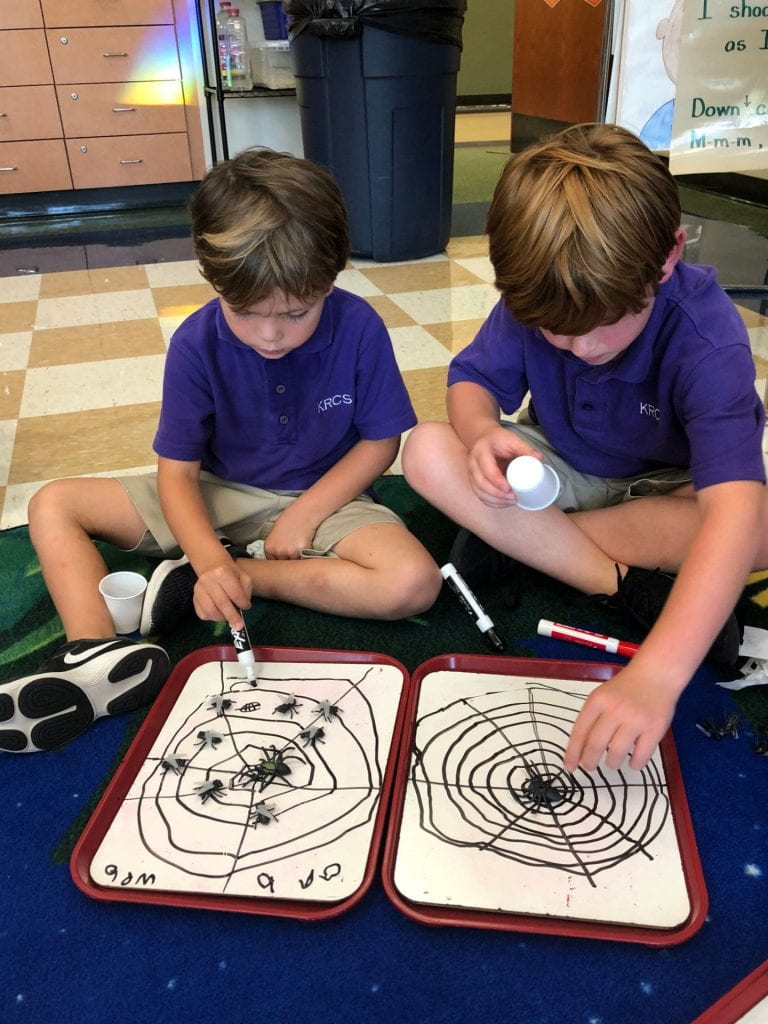 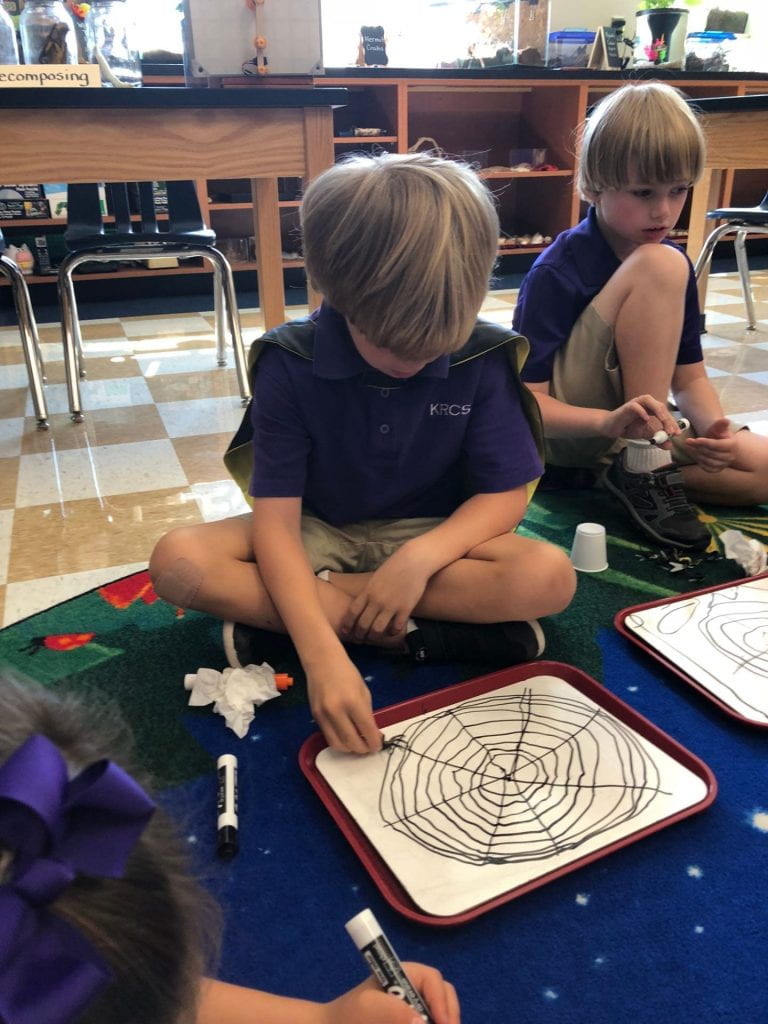 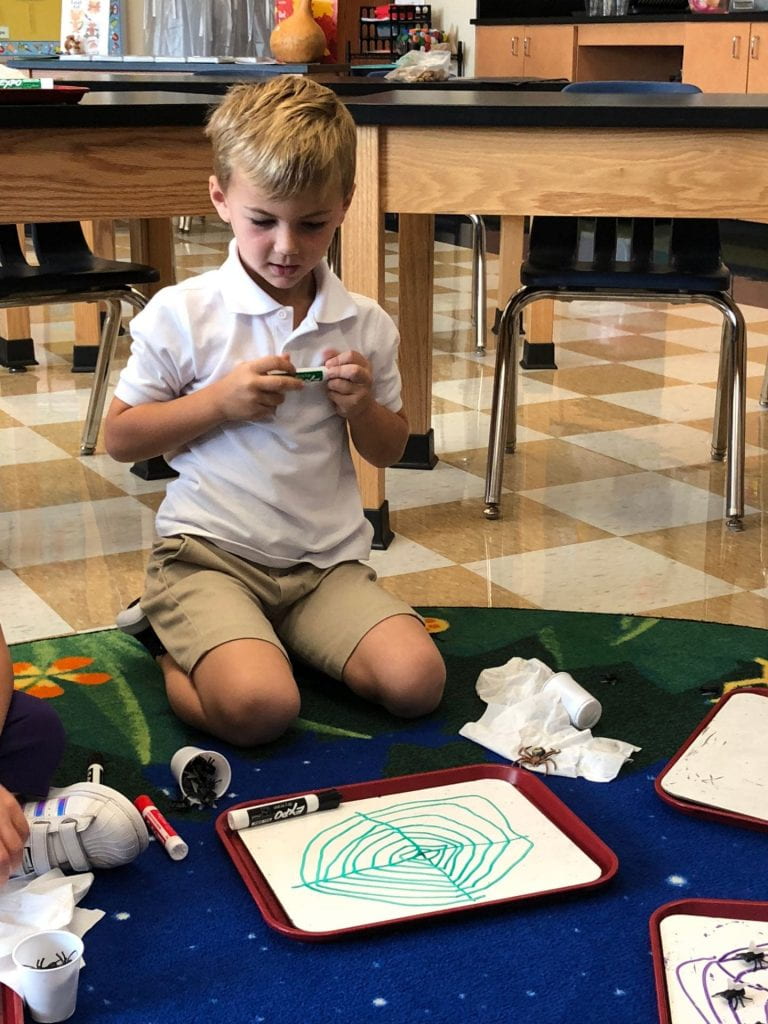 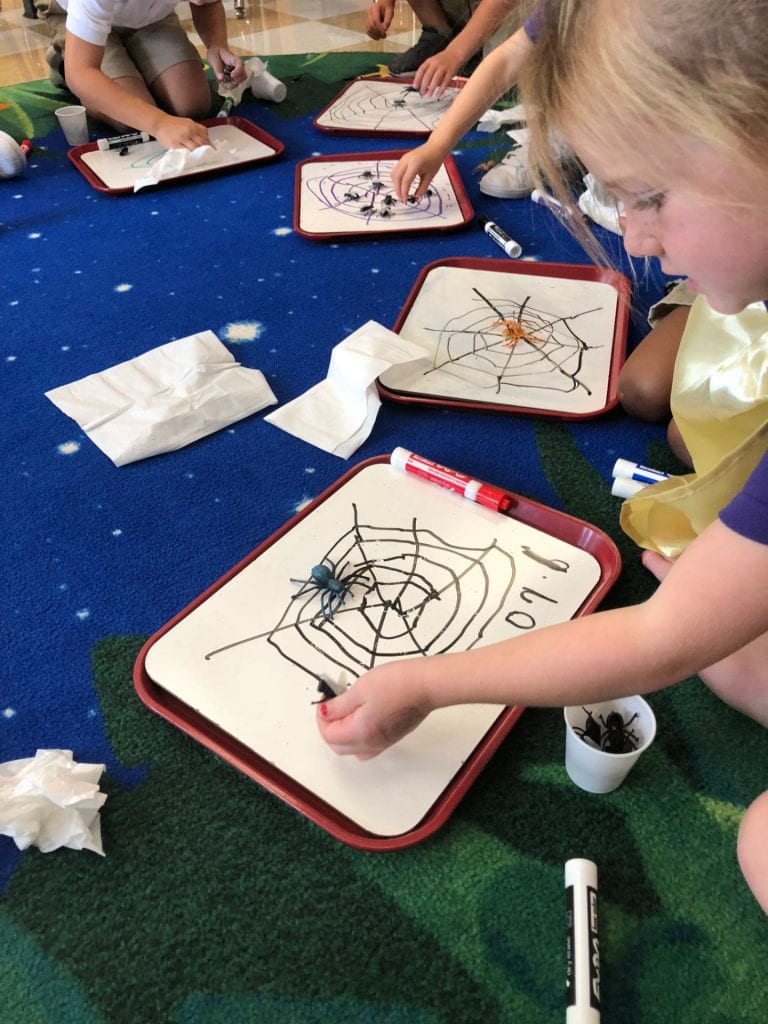 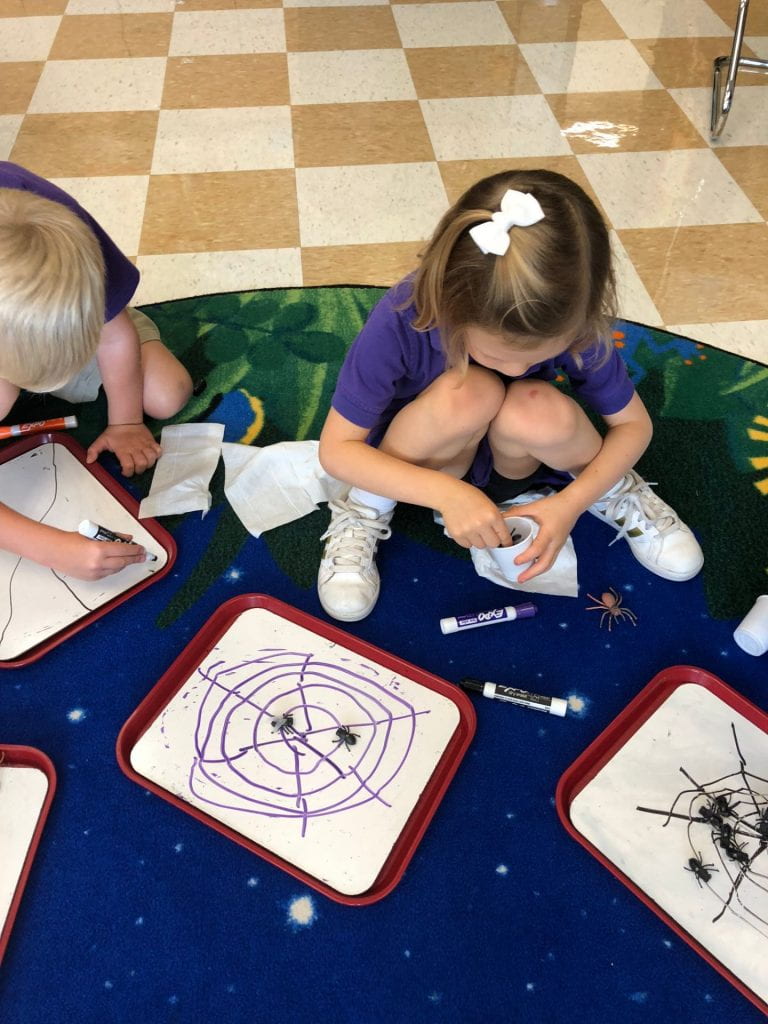 Of course, we had to go outside and look for real spider webs. I threw some small leaves at the webs and we watched them stick, just like bugs do when they fly into a web. 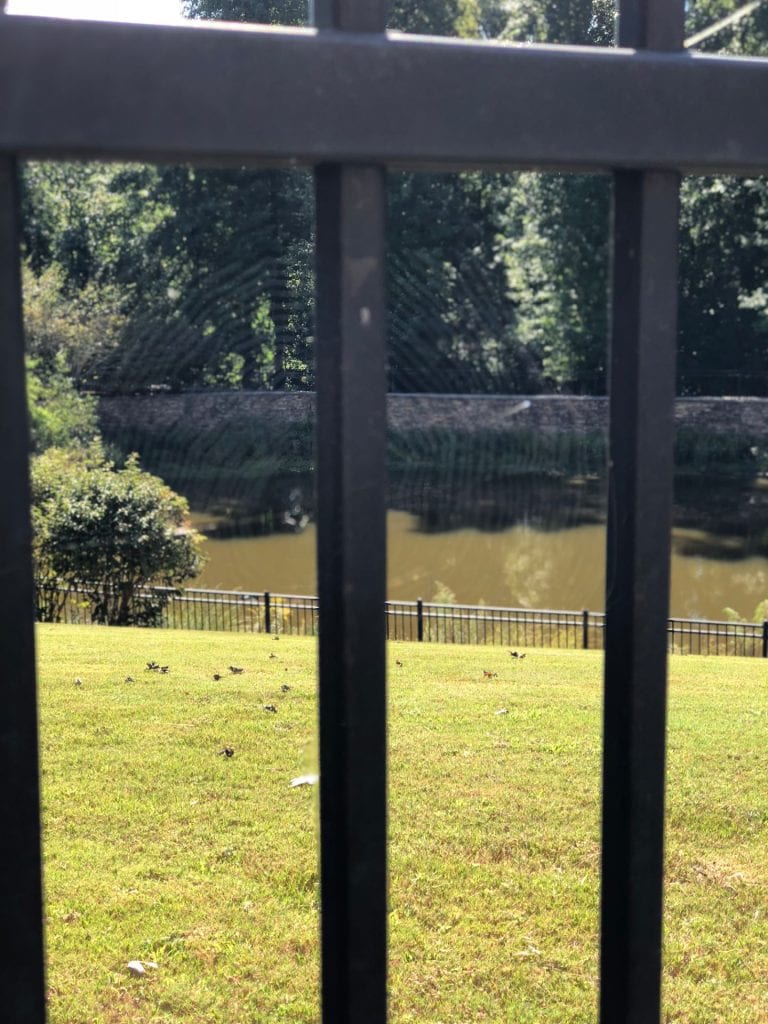 There are spiders all over the science lab! 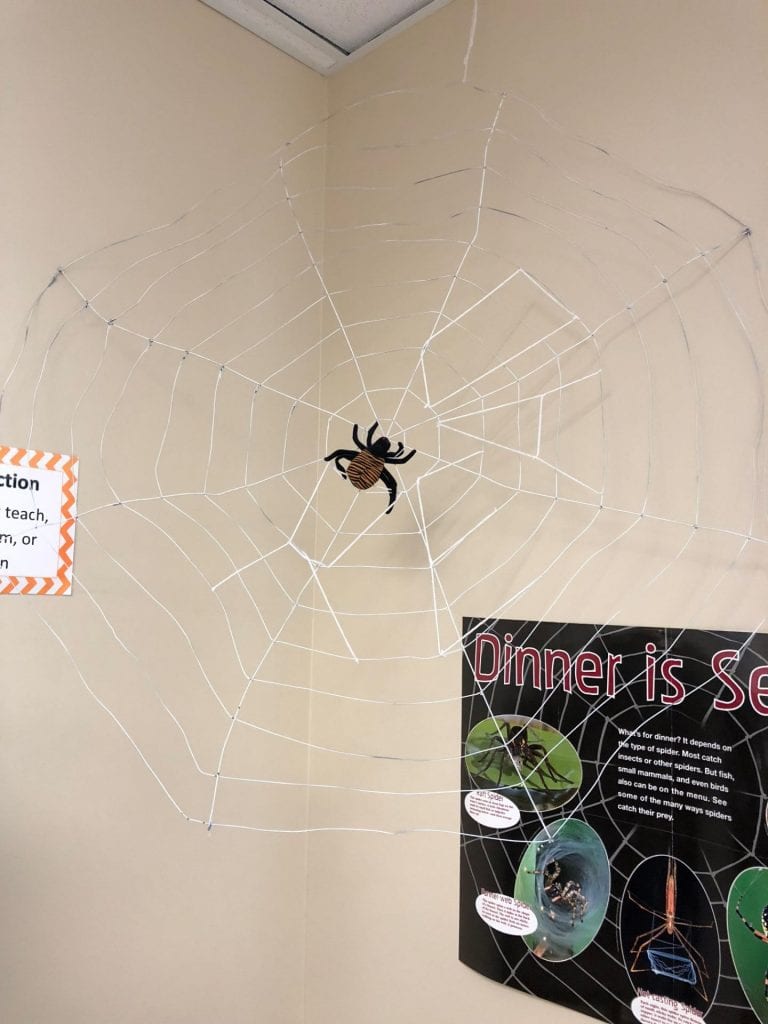 I know your child will enjoy watching The Very Busy Spider by Eric Carle with you. Click here.