Third graders took this investigation through the Scientific Method. What will happen if an egg is submerged in white vinegar? We also placed an egg in vinegar with food coloring. Vinegar is a weak acid. Click here to watch a video summarizing this investigation.

Bubbles appeared immediately which meant that a gas (carbon dioxide) was produced during the chemical reaction.

The egg rose to the top of the cup. 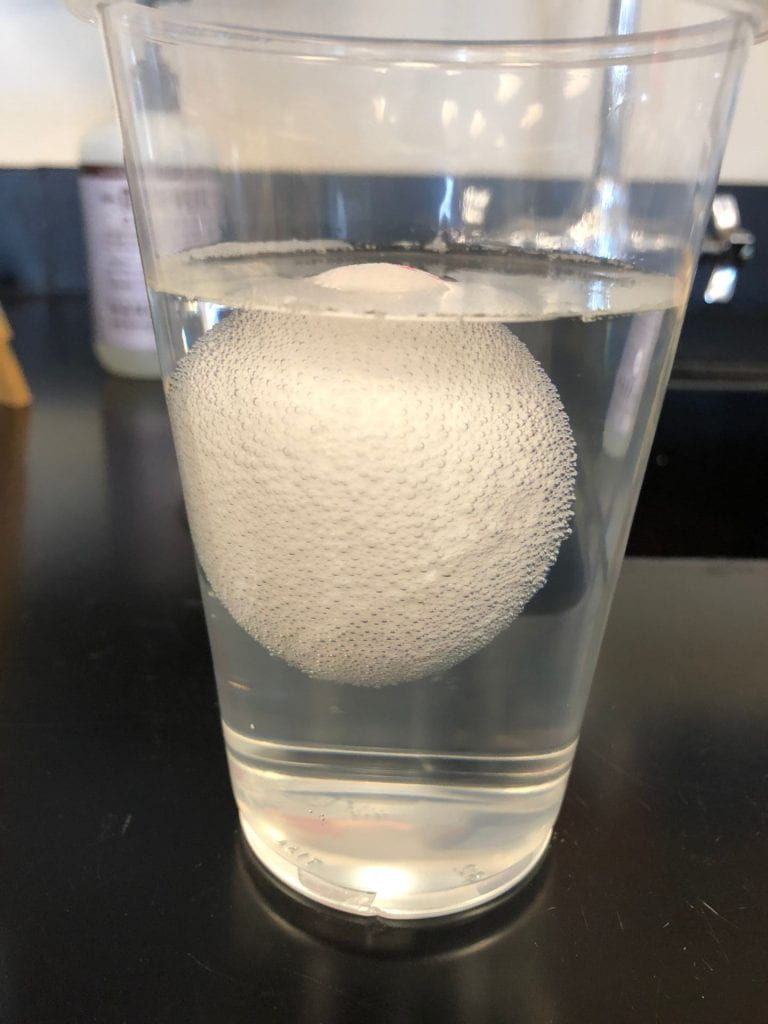 Bubbles began to collect on the edges of the cup. Later we observed a frothy white material at the top of the cup. 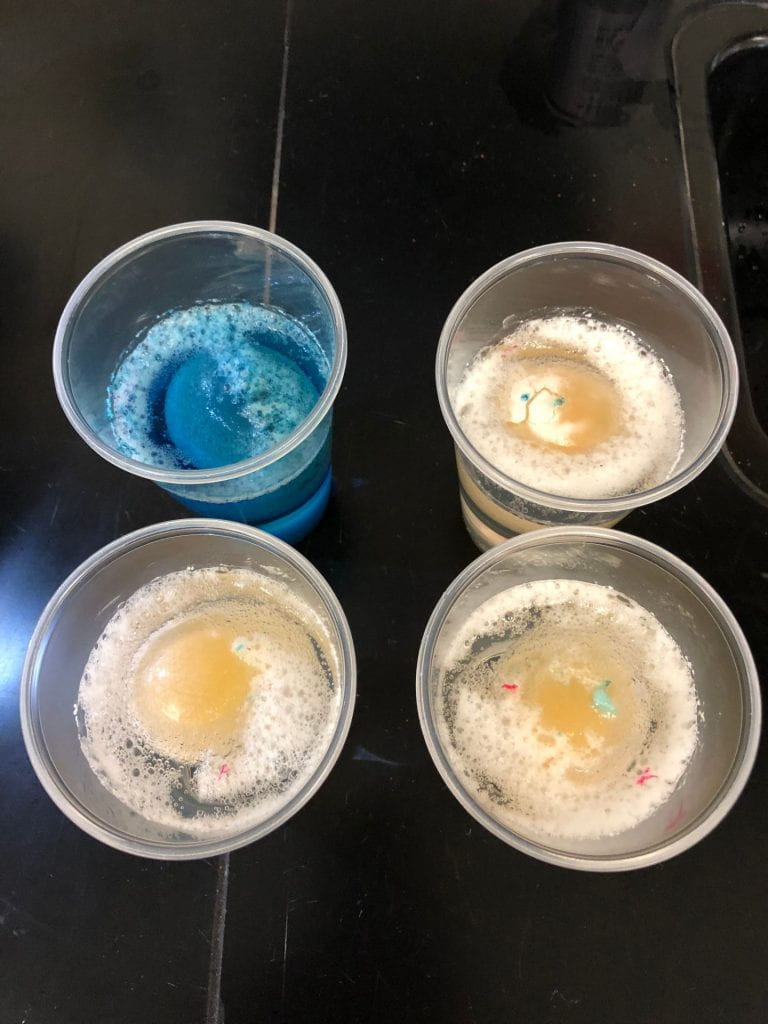 A few days later, the shells were gone and in the words of one of my scientists, “It feels like a water balloon.” They also bounced! When the eggs broke open, the membrane separated from the white and yolk. 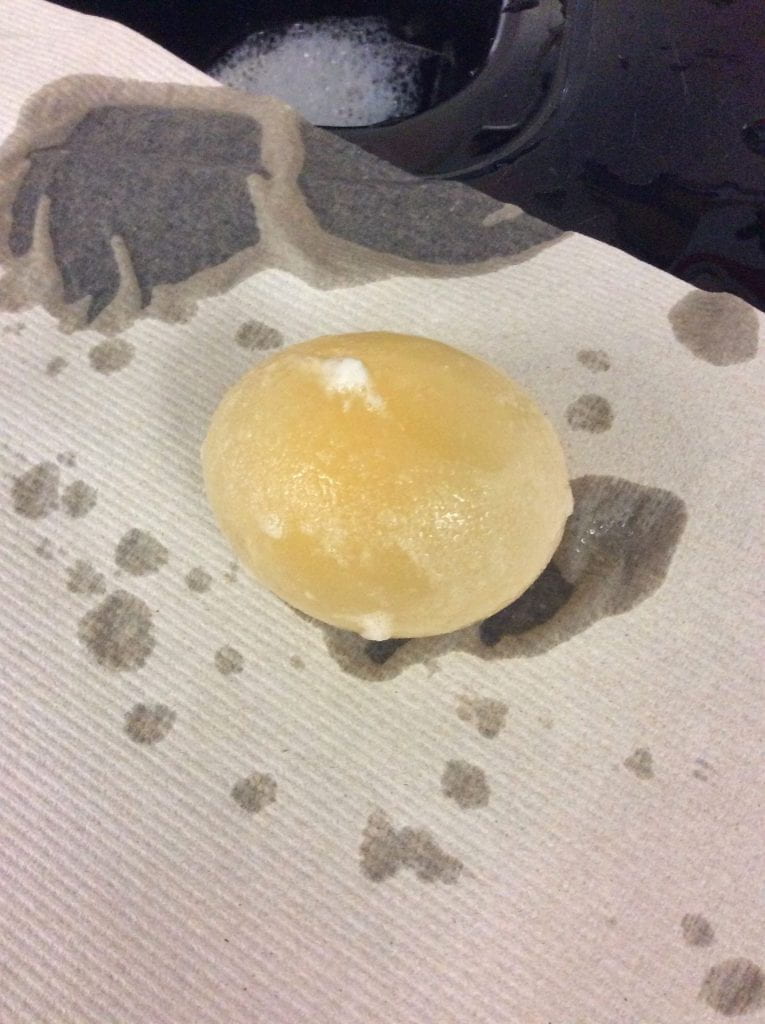 Then we placed an egg that had been in vinegar into corn syrup. What will happen to the egg now? Corn syrup consists of less water than vinegar. 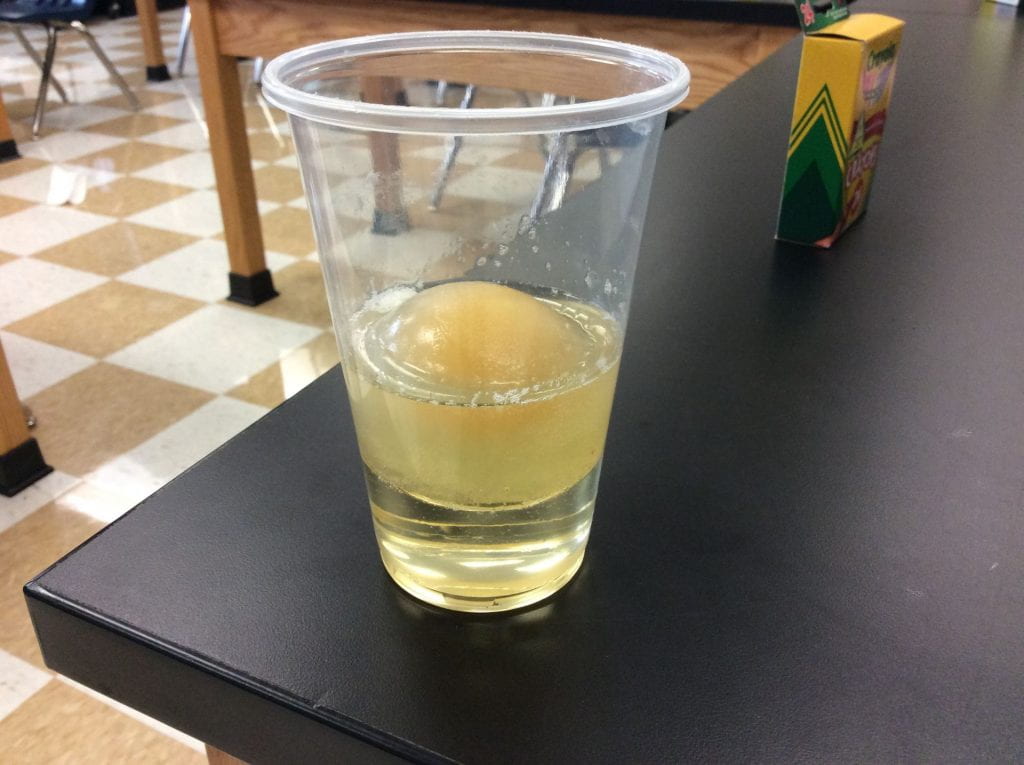 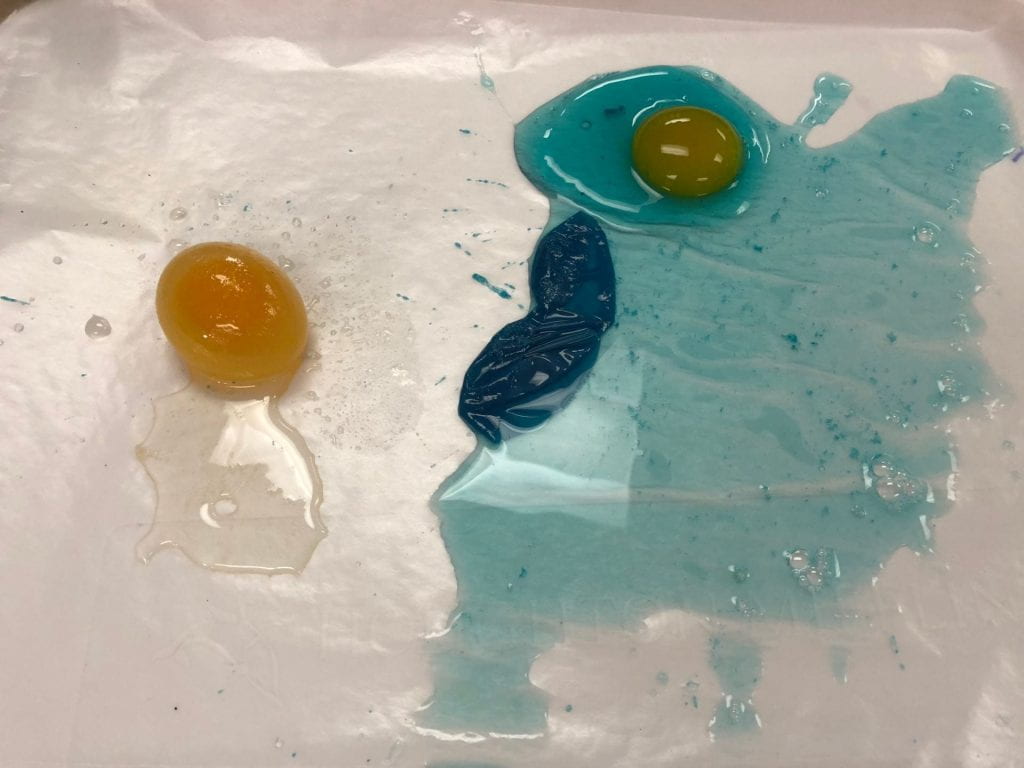 Experiments often lead us to new questions. What changes will occur if we leave the egg out of the vinegar? What might happen if we placed it in another liquid, like soda?

This is an easy investigation to do at home. Click here for additional information and a video. The children are actually witnessing osmosis through a semipermeable membrane!