In honor of Abraham Lincoln’s birthday, kindergarten scientists learned about the history of the penny and how coins are minted. Click here to watch a video about minting.We used hand lenses to observe the pictures, words, and dates on our pennies. 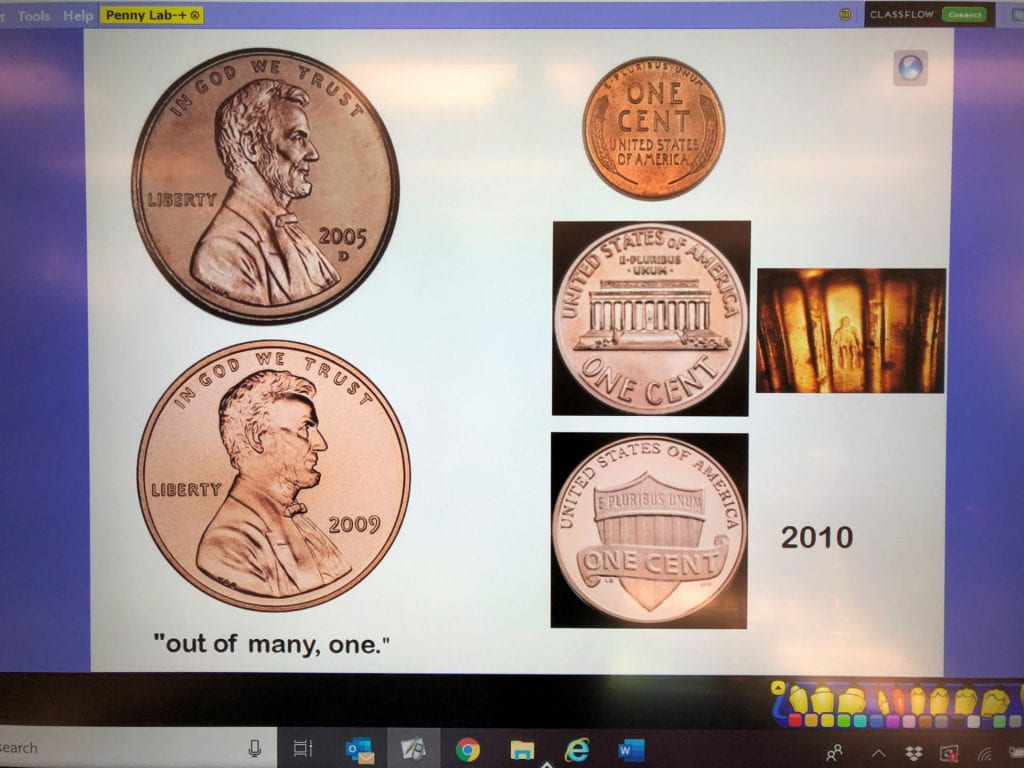 We observed that some pennies are bright, while others are dull. Oxidation causes pennies to tarnish. Oxidation is a process in which a chemical substance changes because of the addition of oxygen. Oxidation also occurs when metals rust and apples turn brown. We tried to clean off the oxidation with five different liquids. Most of us hypothesized that the soap would clean the pennies the best, but we discovered that the liquids which contained acids made the pennies bright again. Click here to learn more about this investigation. Try this investigation at home with different liquids such as, orange juice, tea, milk, shampoo, or Sprite. 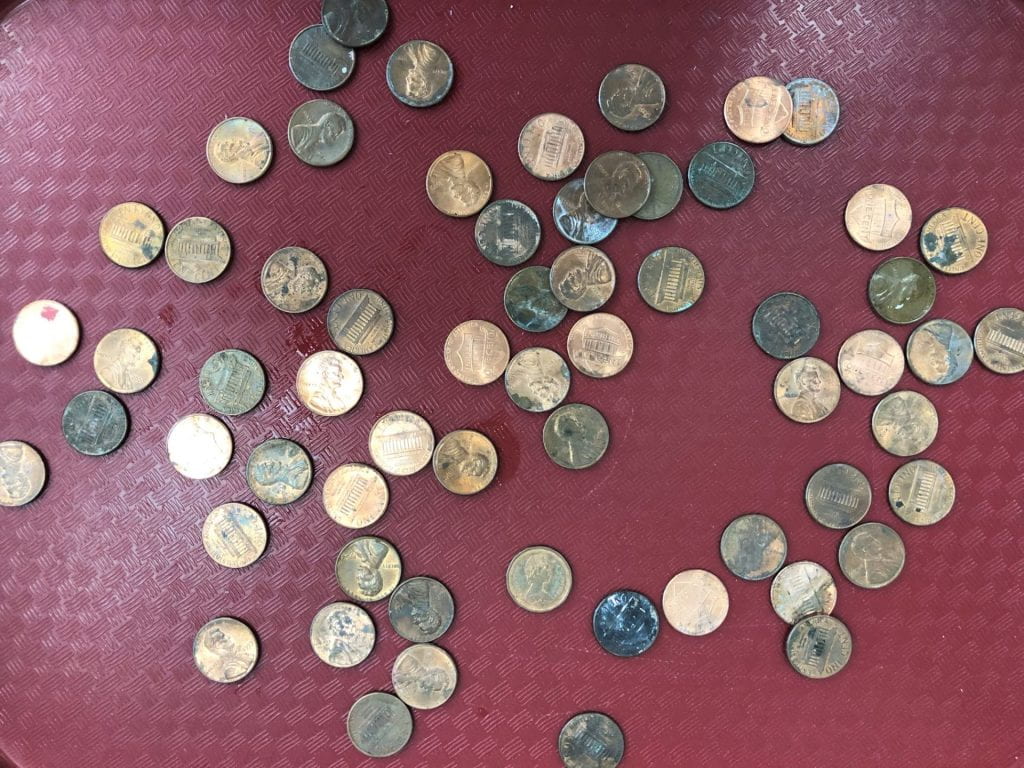 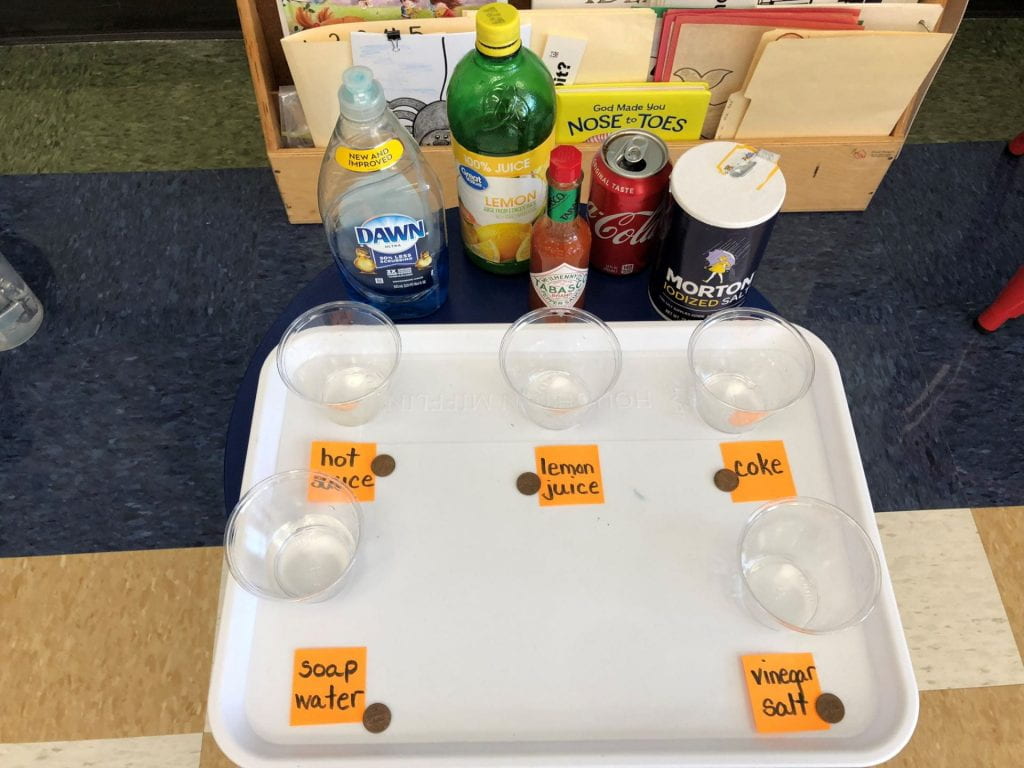 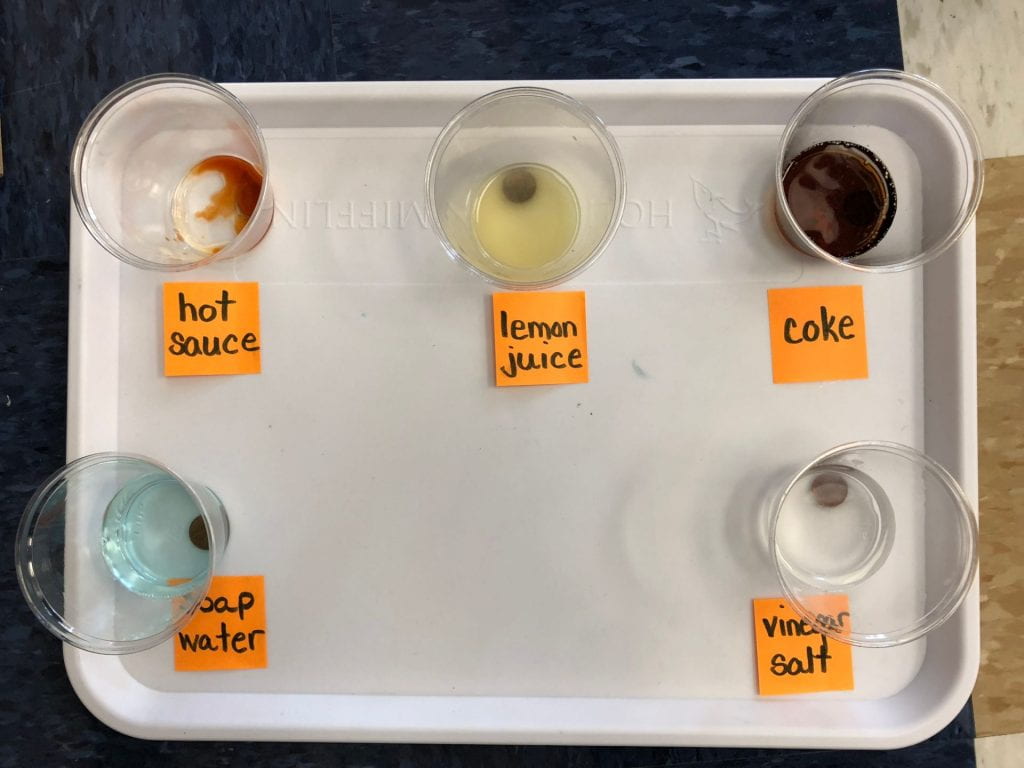 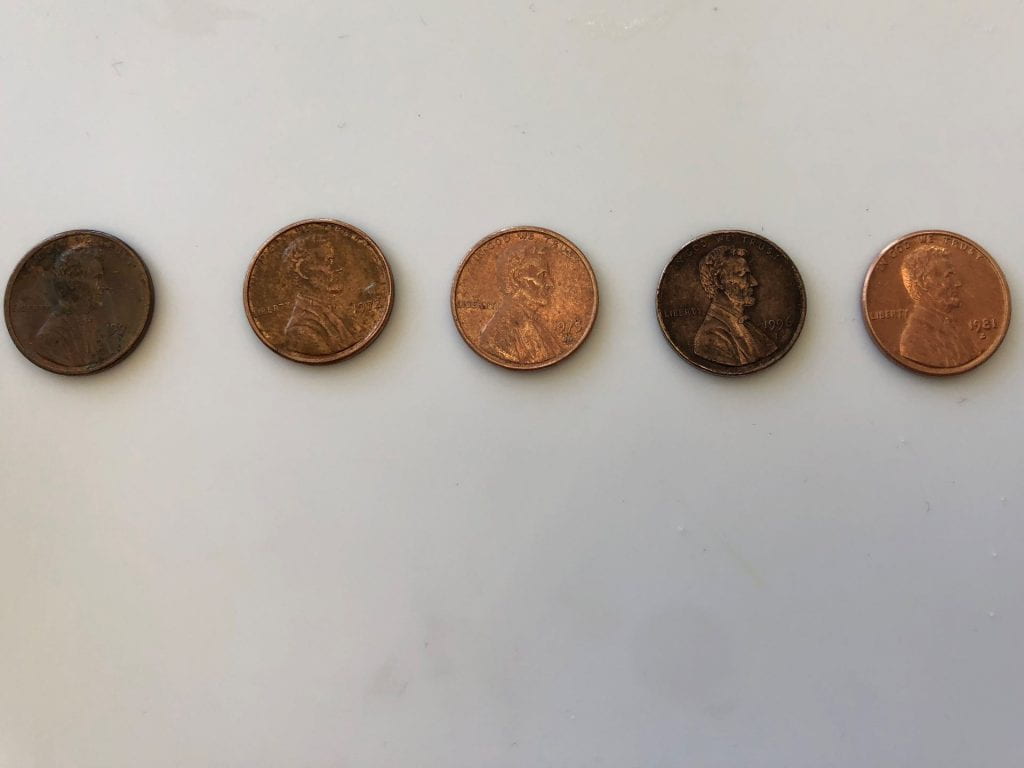 We recalled from last week’s lab that water molecules bond together (cohesion). I asked my scientists to hypothesize how many drops of water they thought could fit on the surface of a penny. Most thought the number would be between two and ten. They were amazed when they were able to fit between 20 and 40 drops on their pennies! It didn’t take long for one of my scientists to notice that a water bubble (or dome) formed on top of his penny. 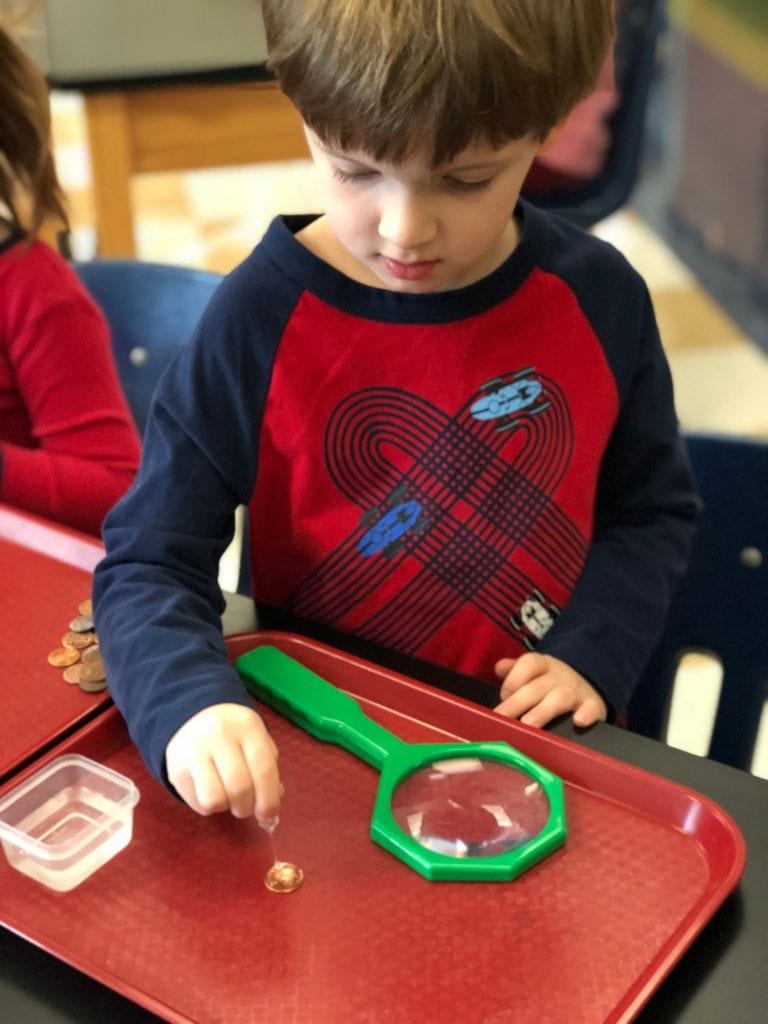 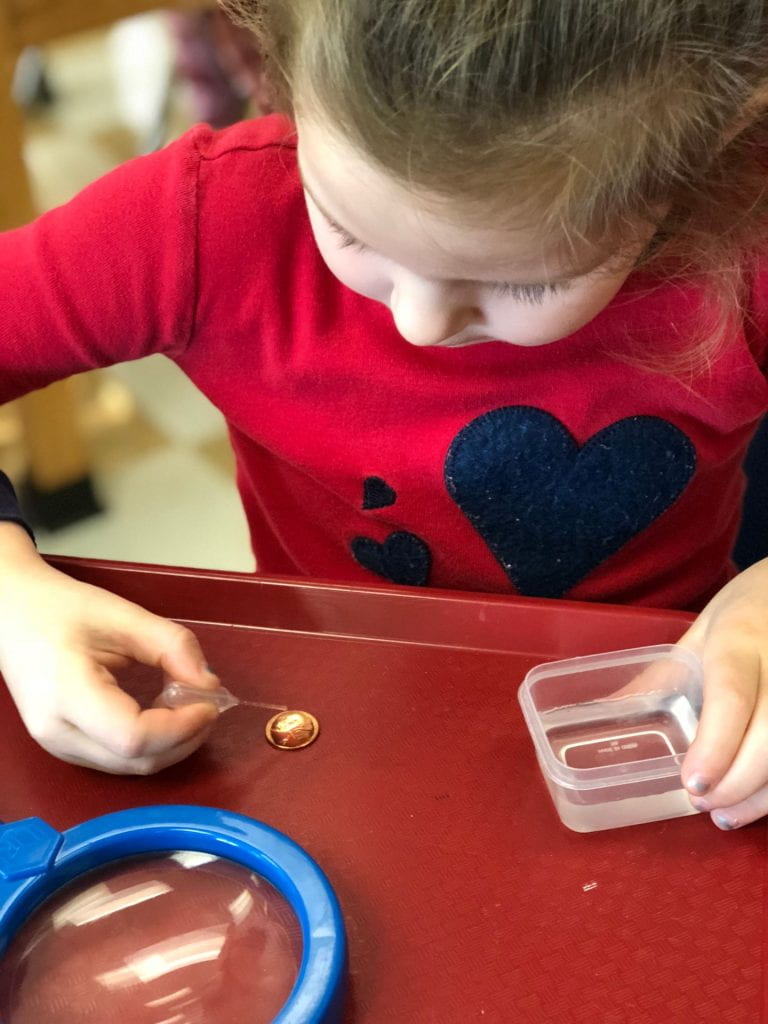 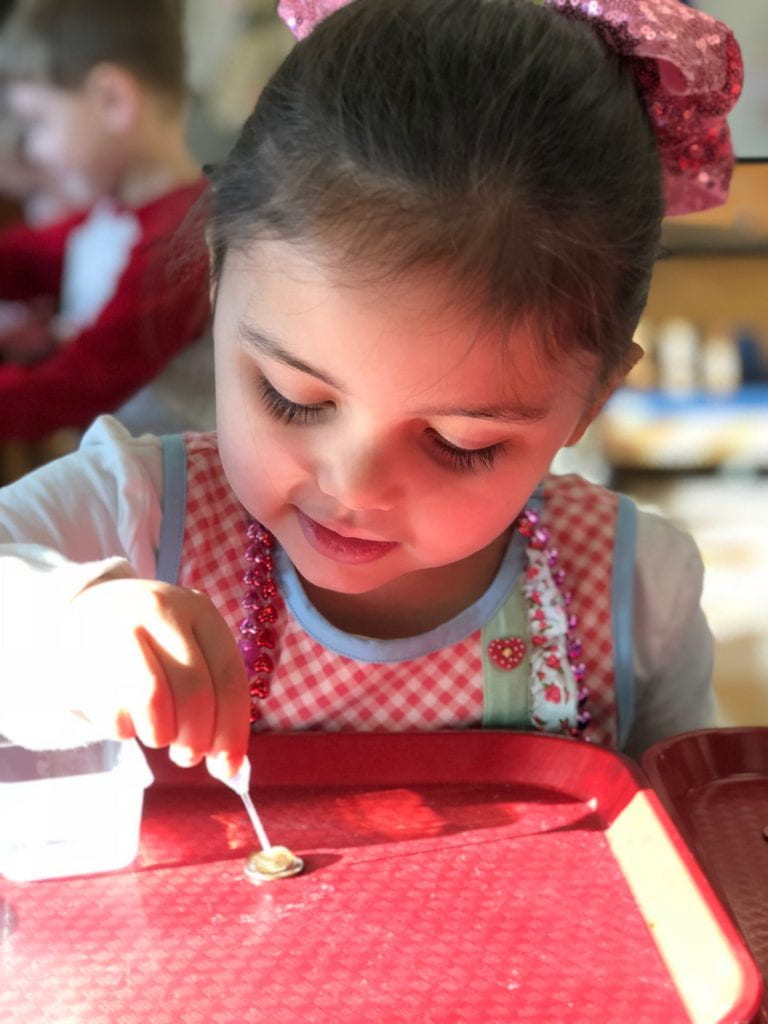 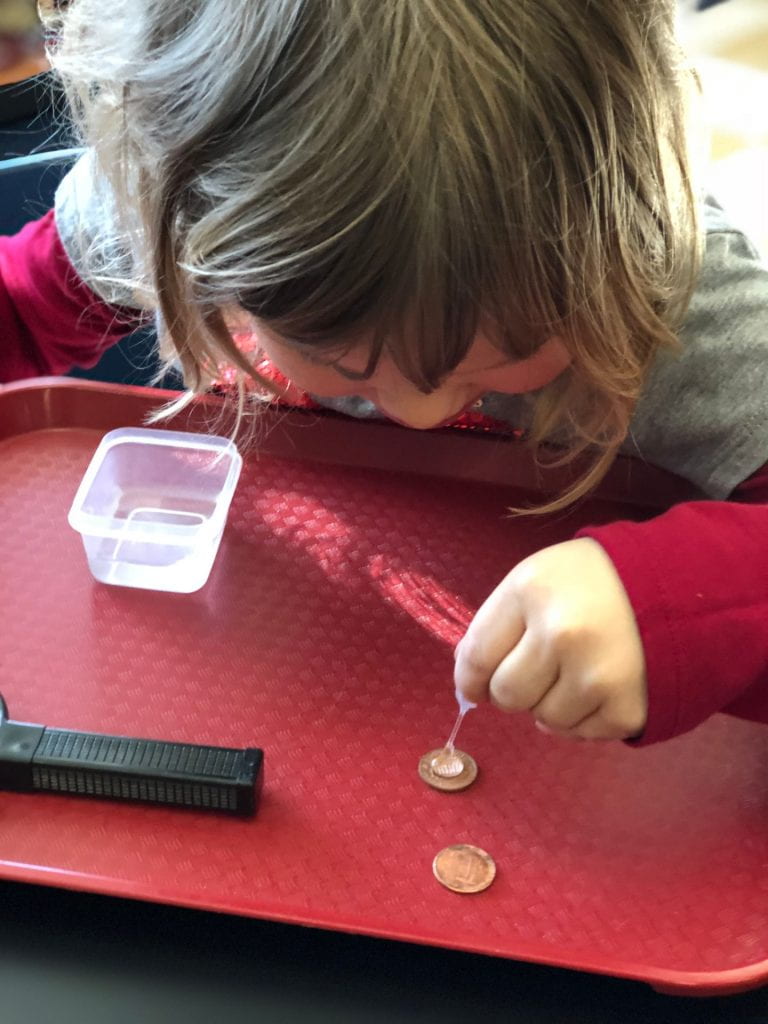 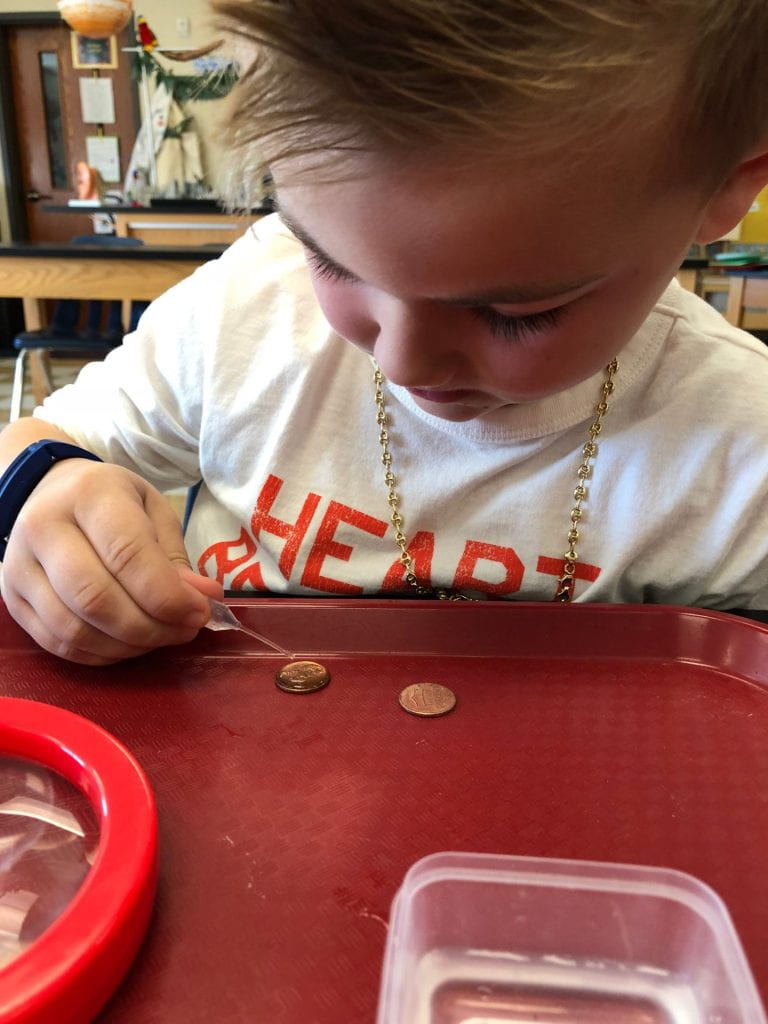 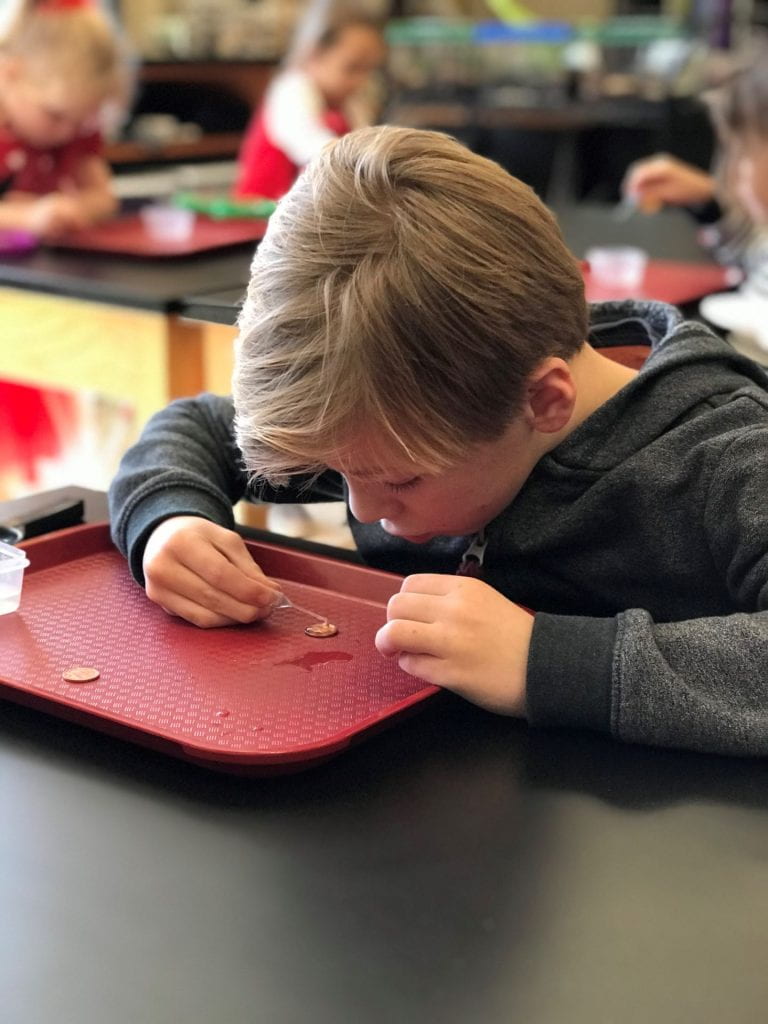 Before we left, I filled a cup of water to the very top. How many pennies can we add to the cup without the water spilling over? Each class was able to drop between 80 and 100 pennies inside! 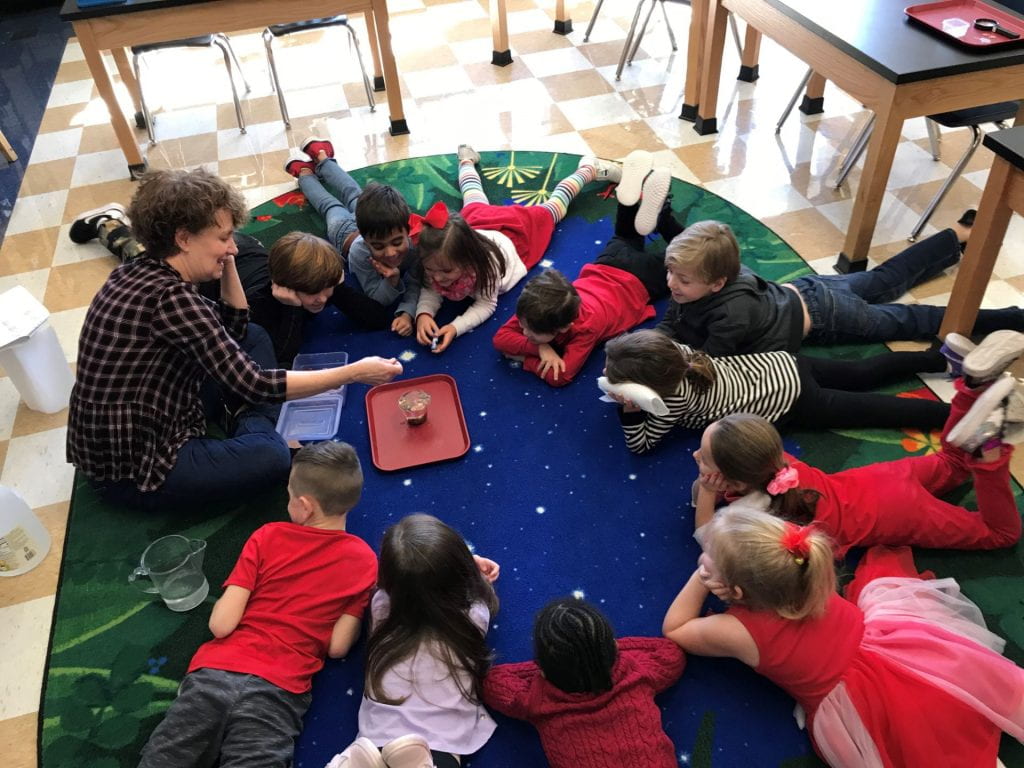 Try this at home:

Collect pennies, look at the dates, and compare the backs. 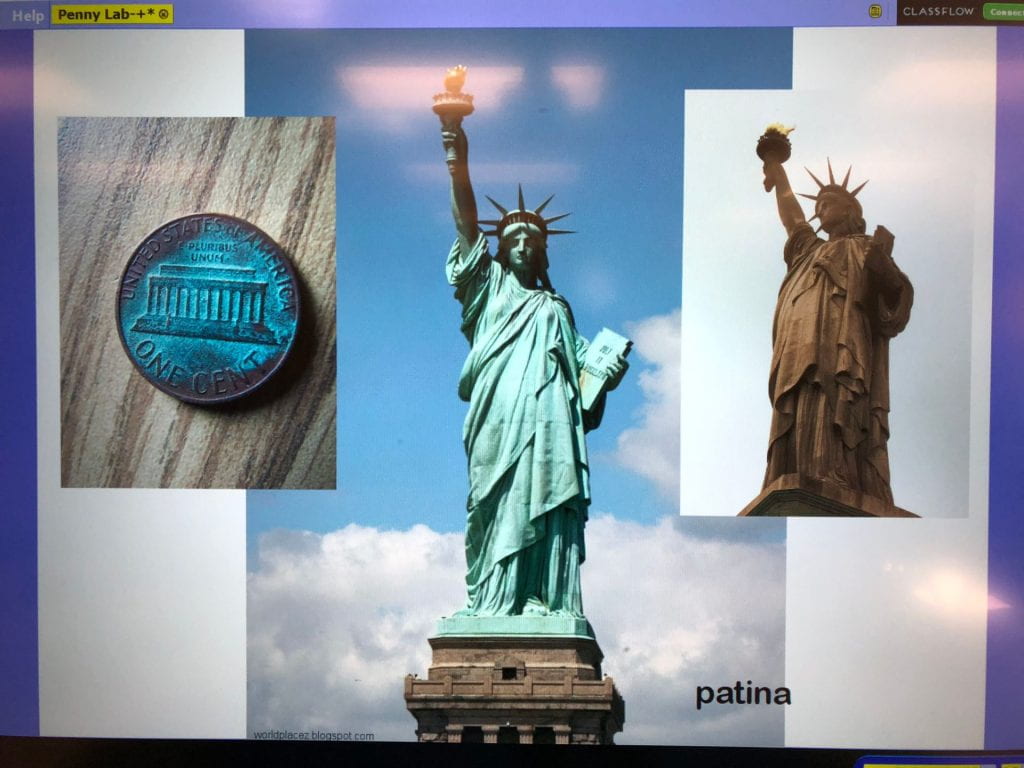