Making density towers is a fun way to demonstrate that liquids have density too! Kindergarten scientists used funnels to pour corn syrup, colored water, and vegetable oil into “baby soda bottles“. The liquids stacked on top of each other because they have different densities. Then we dropped a penny, Lego, corn kernel, and bead into the liquids and their densities determined the liquid in which each floated. 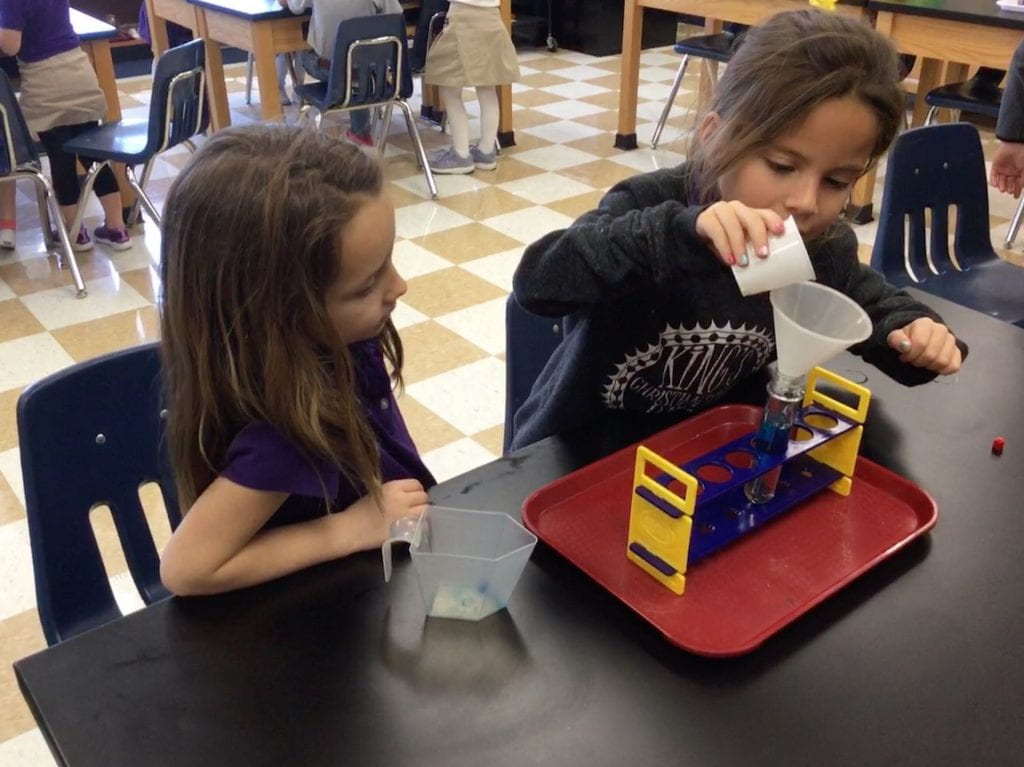 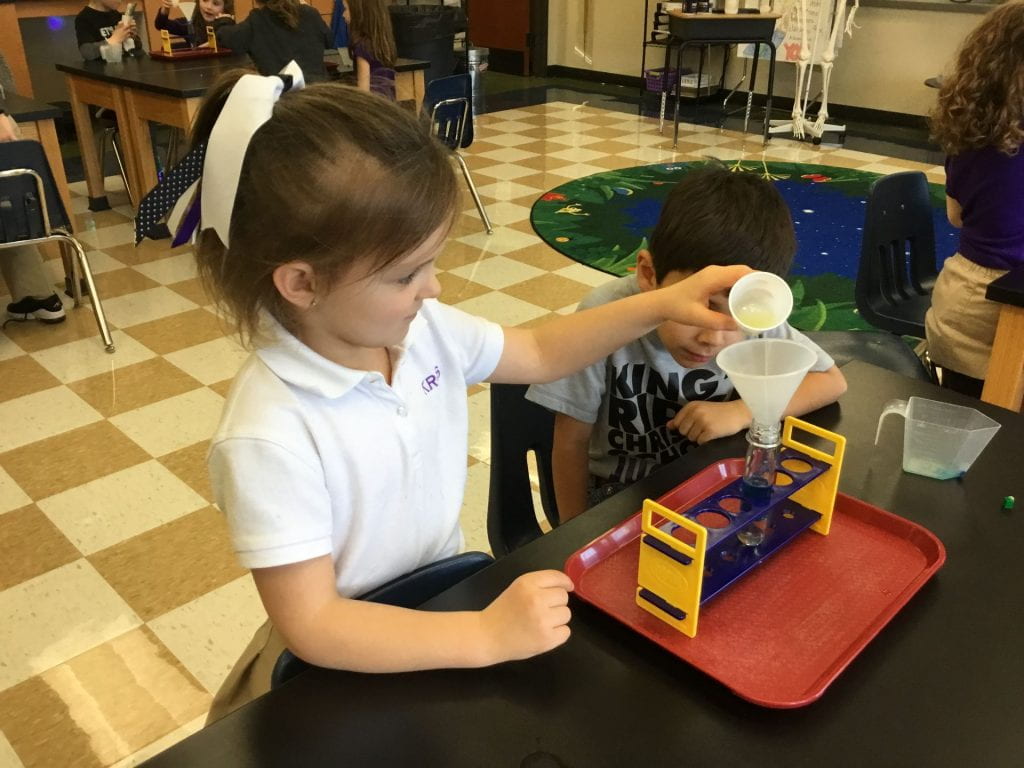 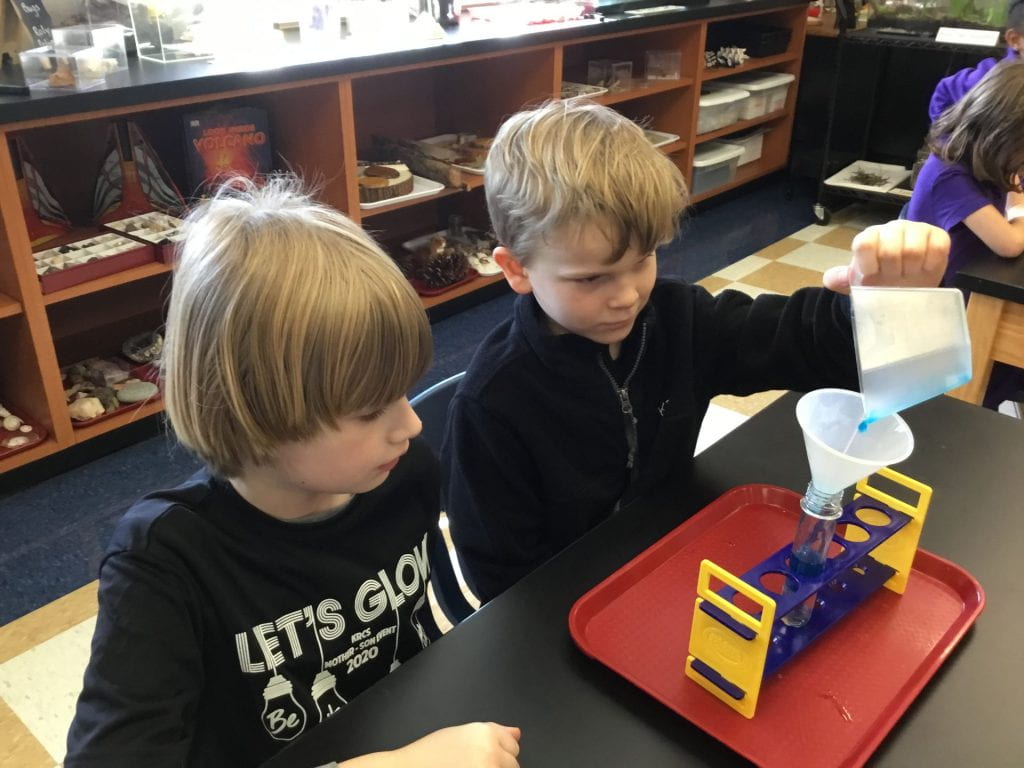 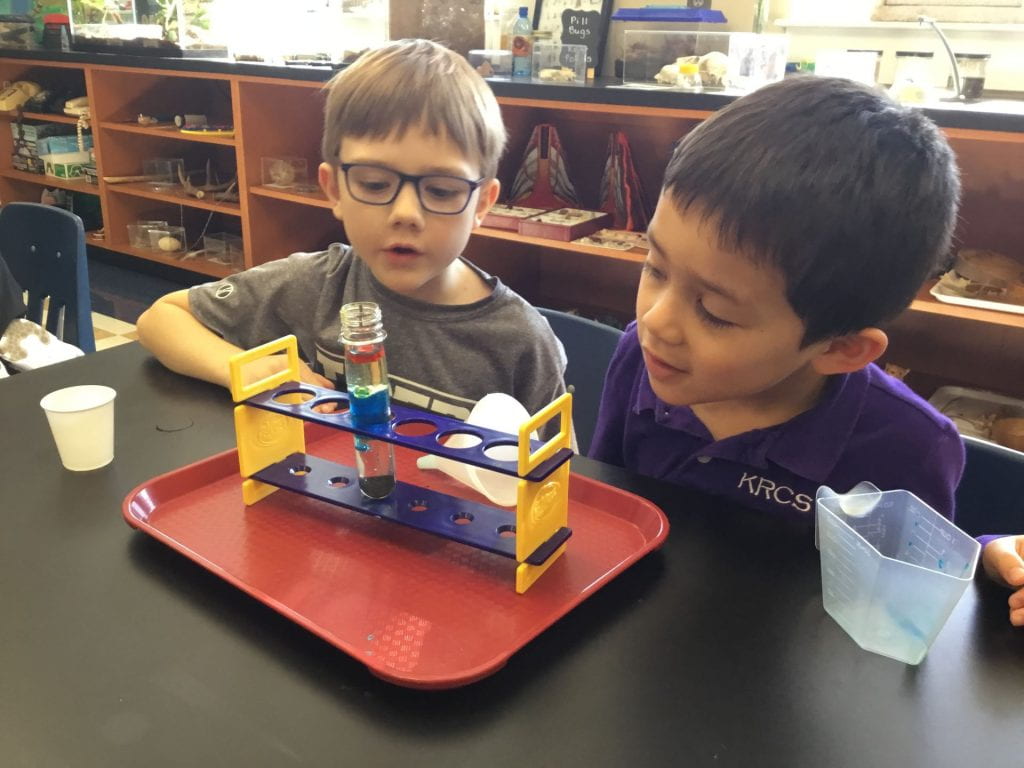 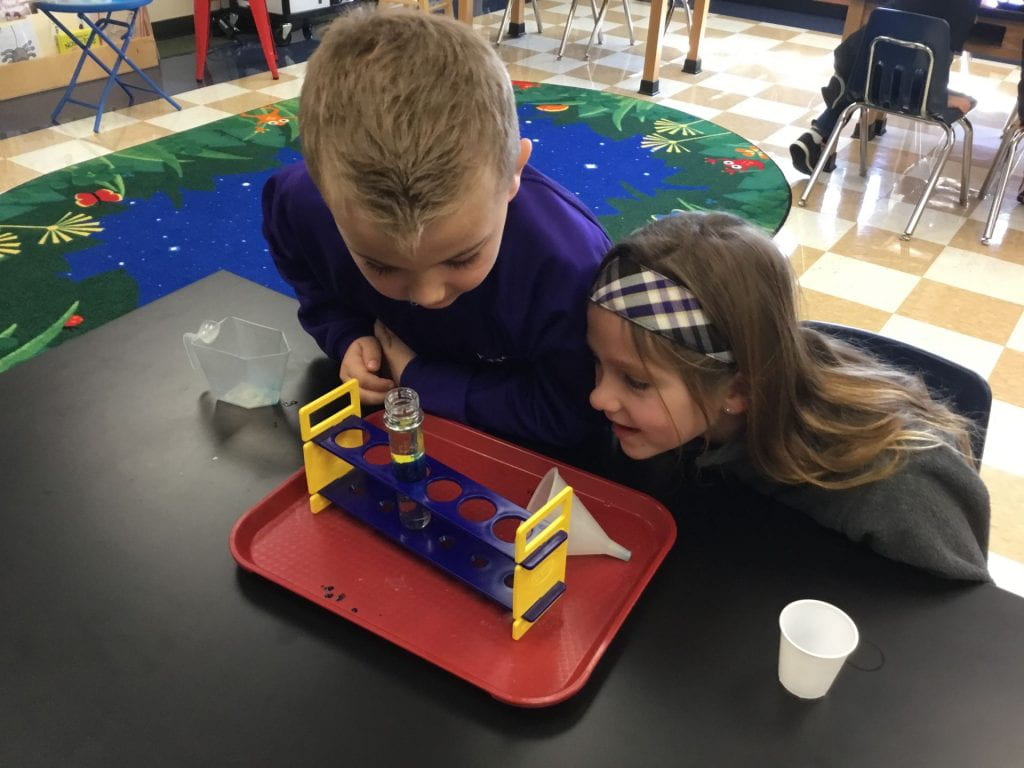 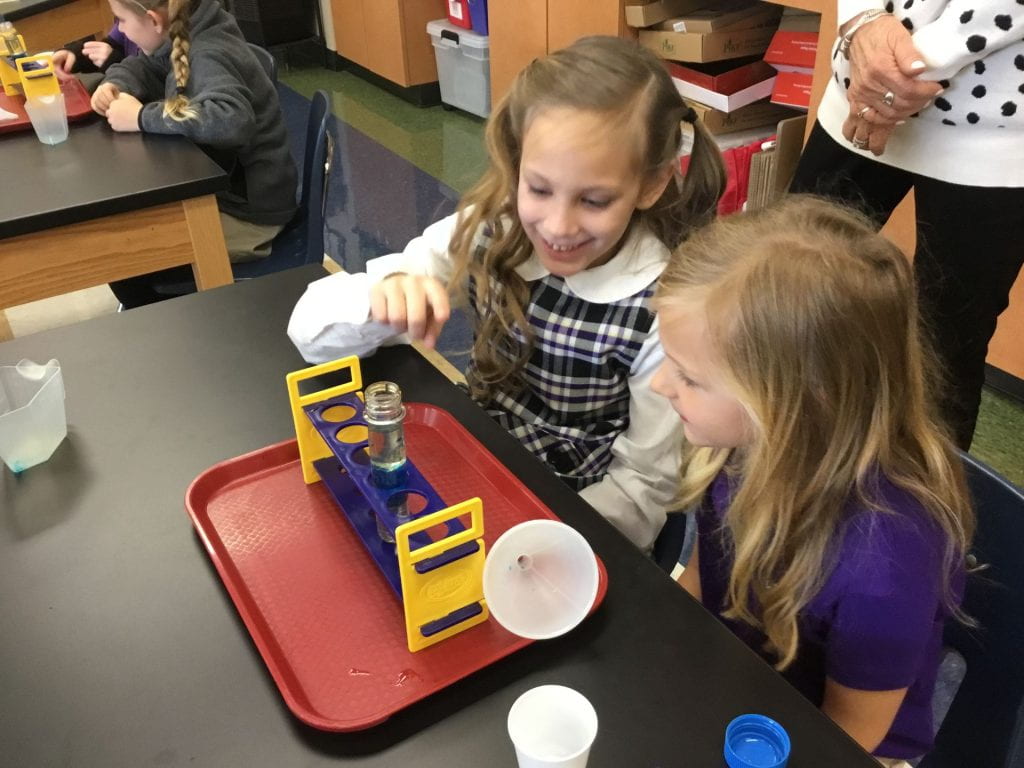 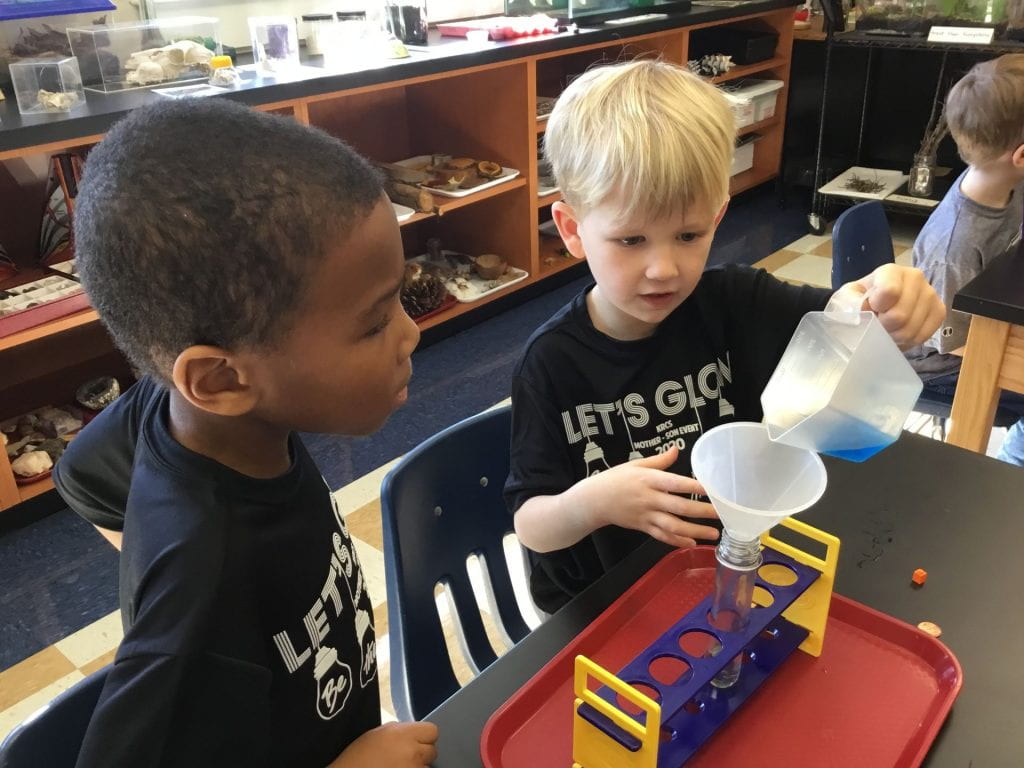 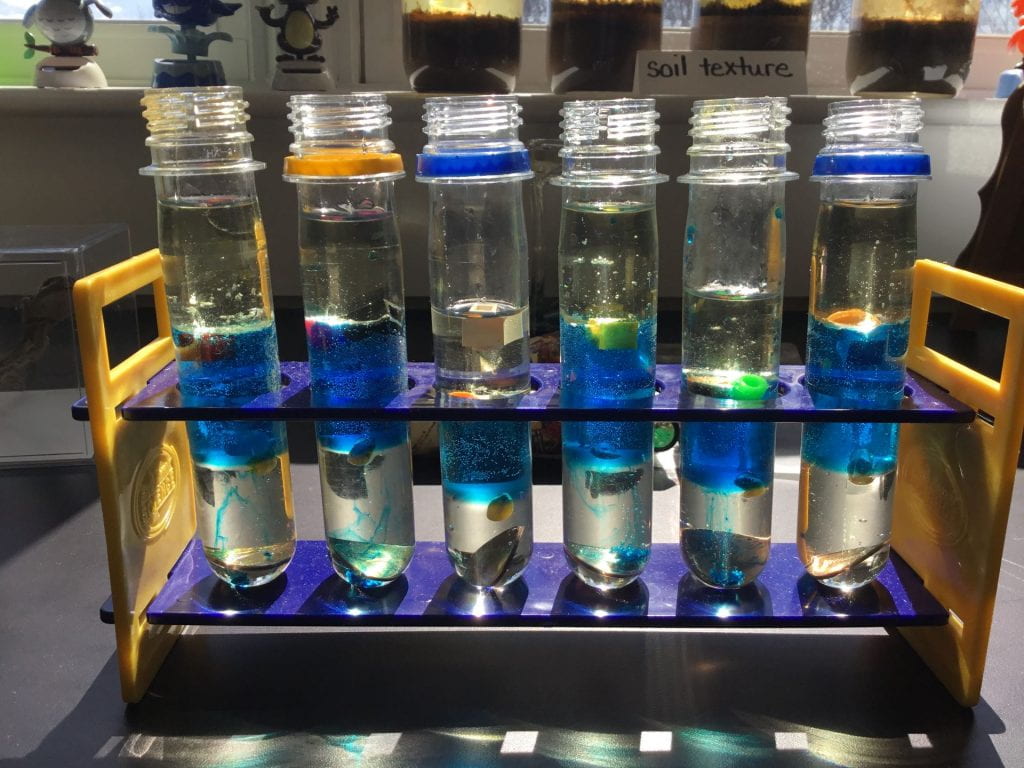 How can you make an egg float? Change the density of the liquid by adding salt. 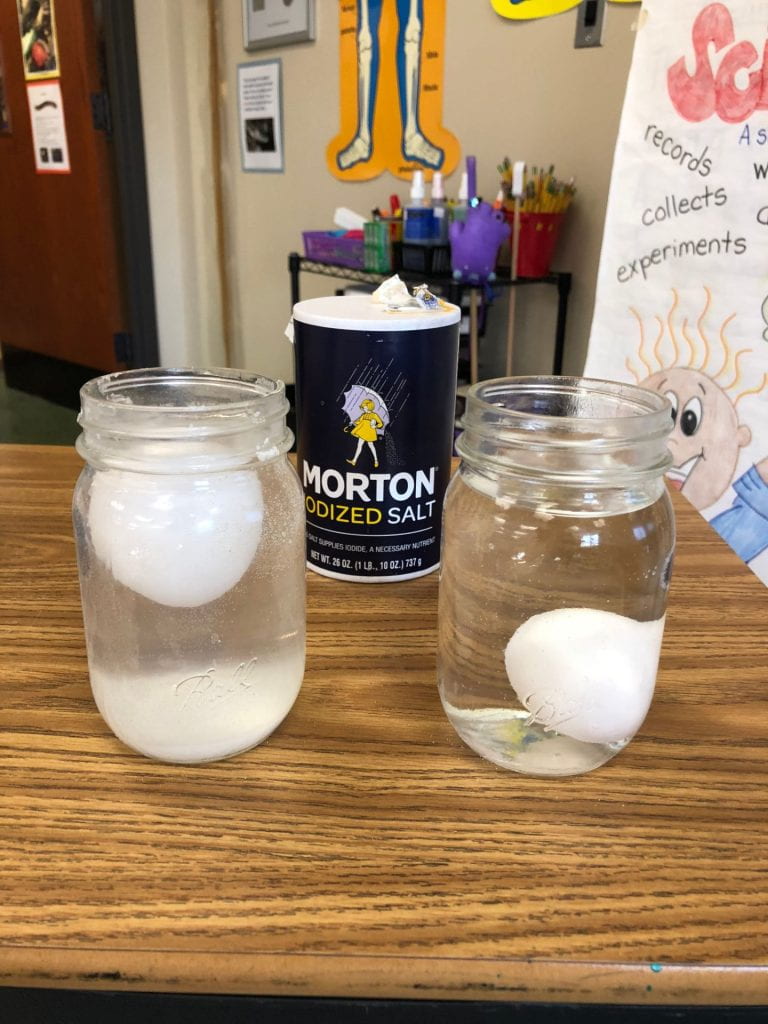 Will a paper towel tube sink or float? Click here to watch a video about Sesame Street characters making their hypotheses. At first, the tube floated, but then it sank. Why? 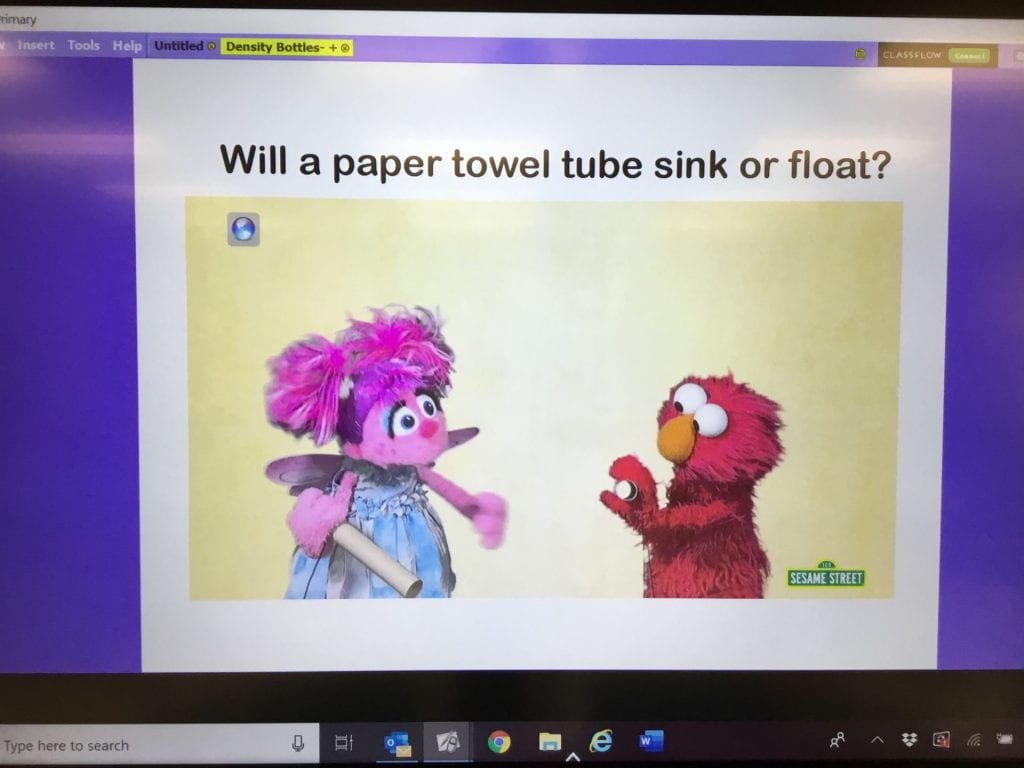 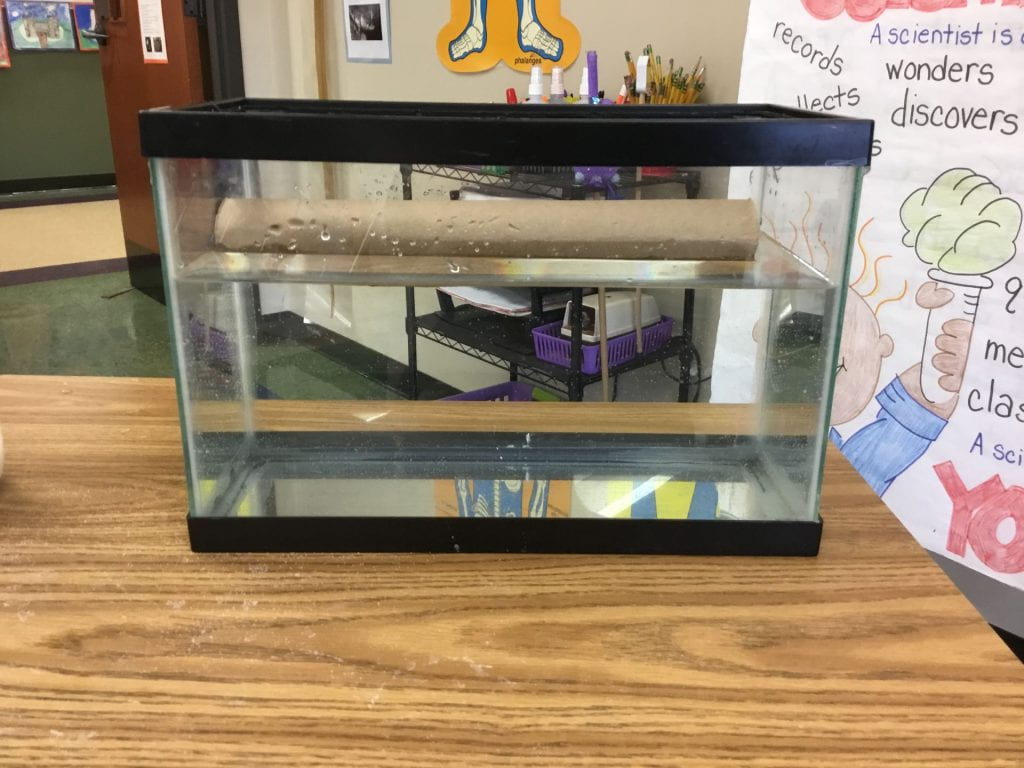 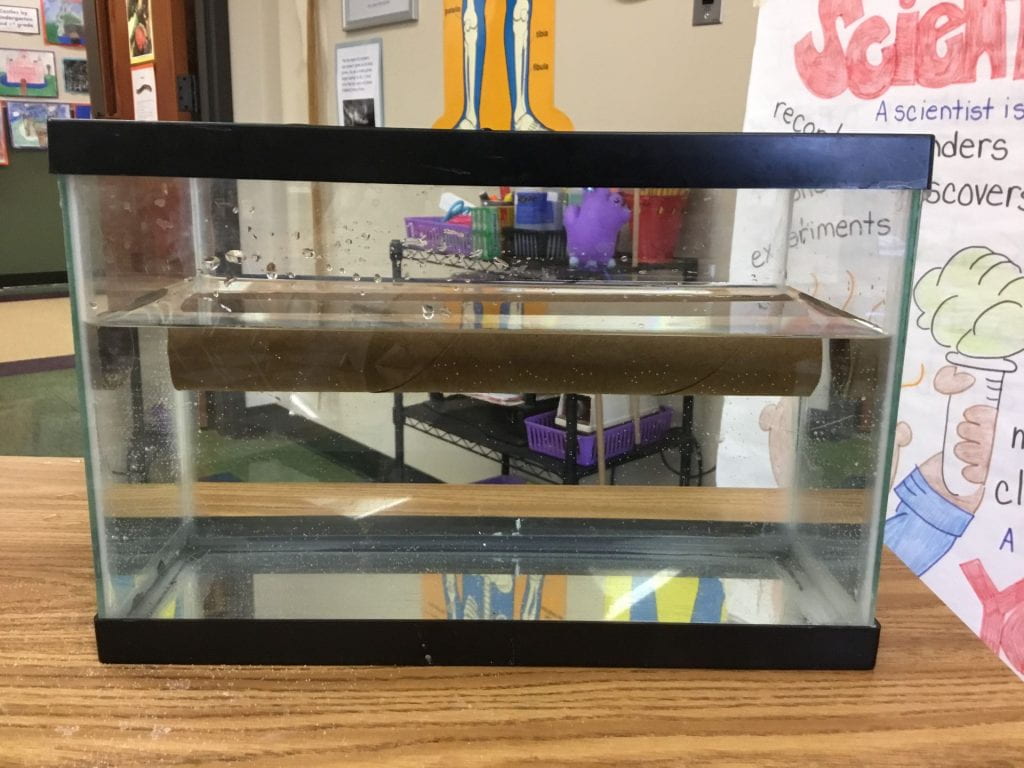 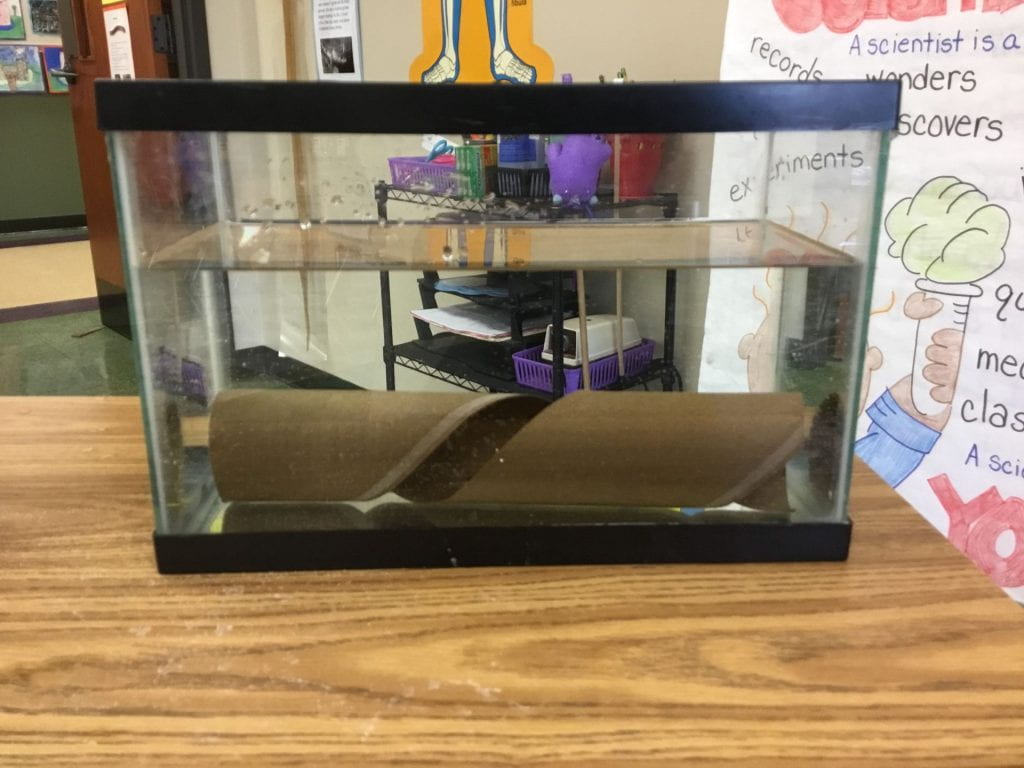