Last week, kindergarten chemists used pipettes to learn about the properties of air and water. (See previous post.) When we dropped the water on foil and wax paper, the water droplets clung together and remained on top of both materials. The children noticed that the water droplets formed what appeared to be a half bubble in a dome shape.

During this week’s lab, we expanded on those concepts and used air to pull water into syringes. I explained that the numbers on our syringes measured the liquid in mL.

Prior to using the syringes, we used Crayola primary color markers (red, yellow, and blue) to add designs or pictures around names that I had previously written on paper towels. This material had a different texture than the foil and wax paper. 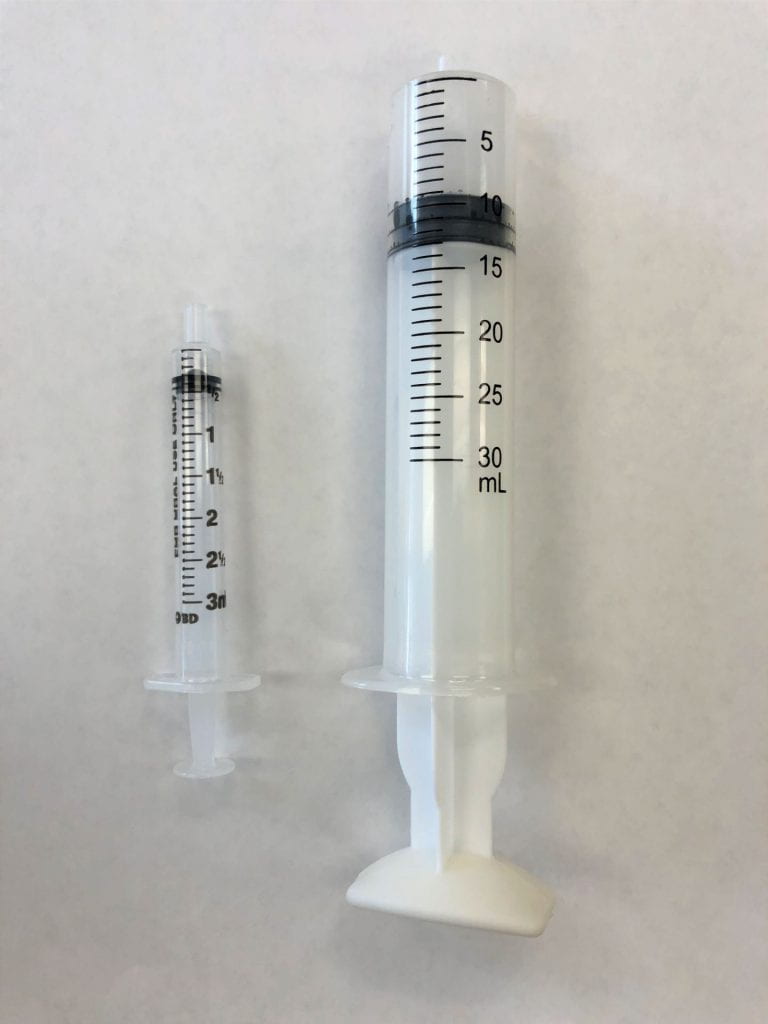 As my scientists colored, we discussed the structure of their names. Who has the shortest name? Does anyone have a double letter? Who has five letters in his/her name? How many classmates have an “a” in their names? 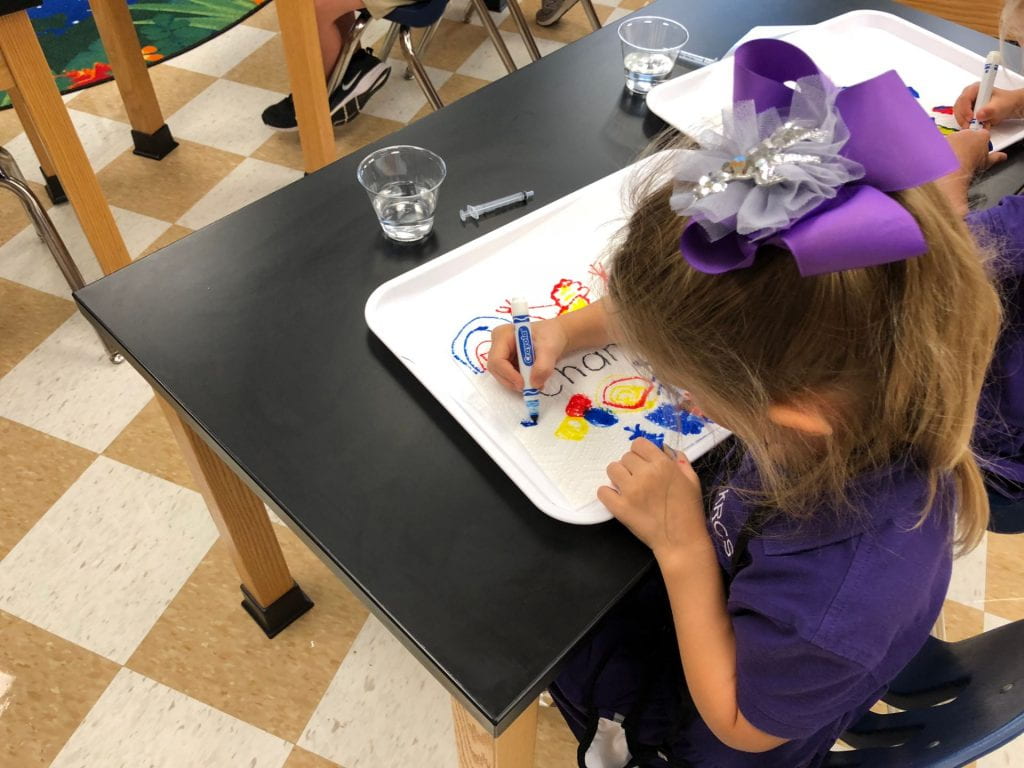 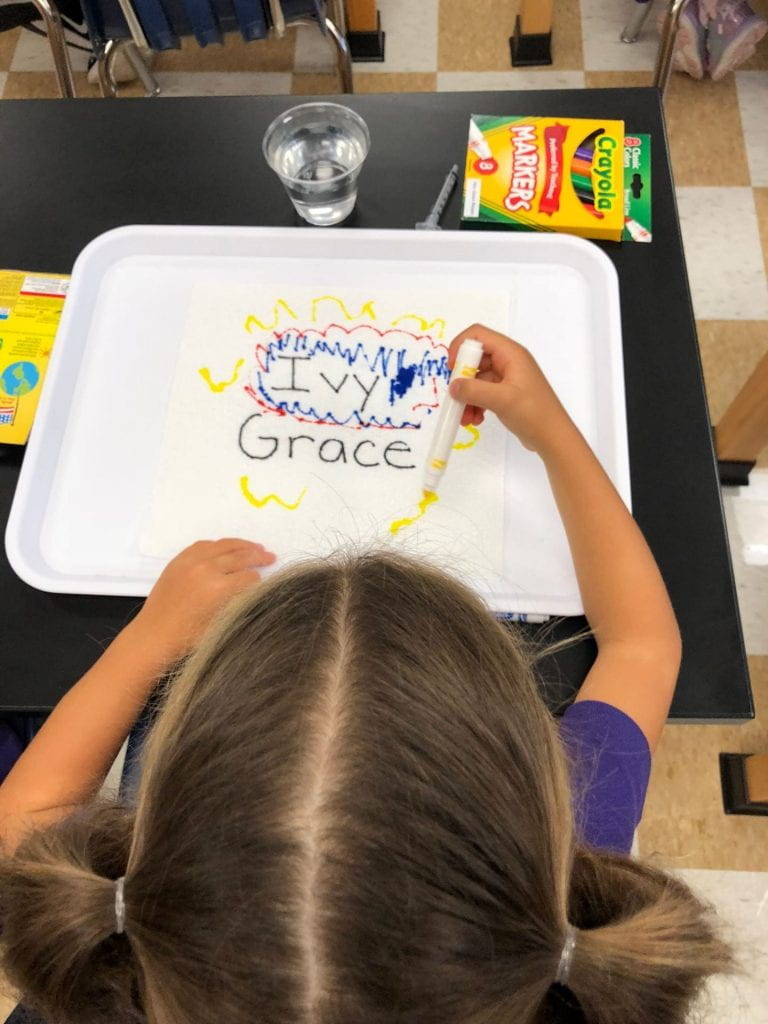 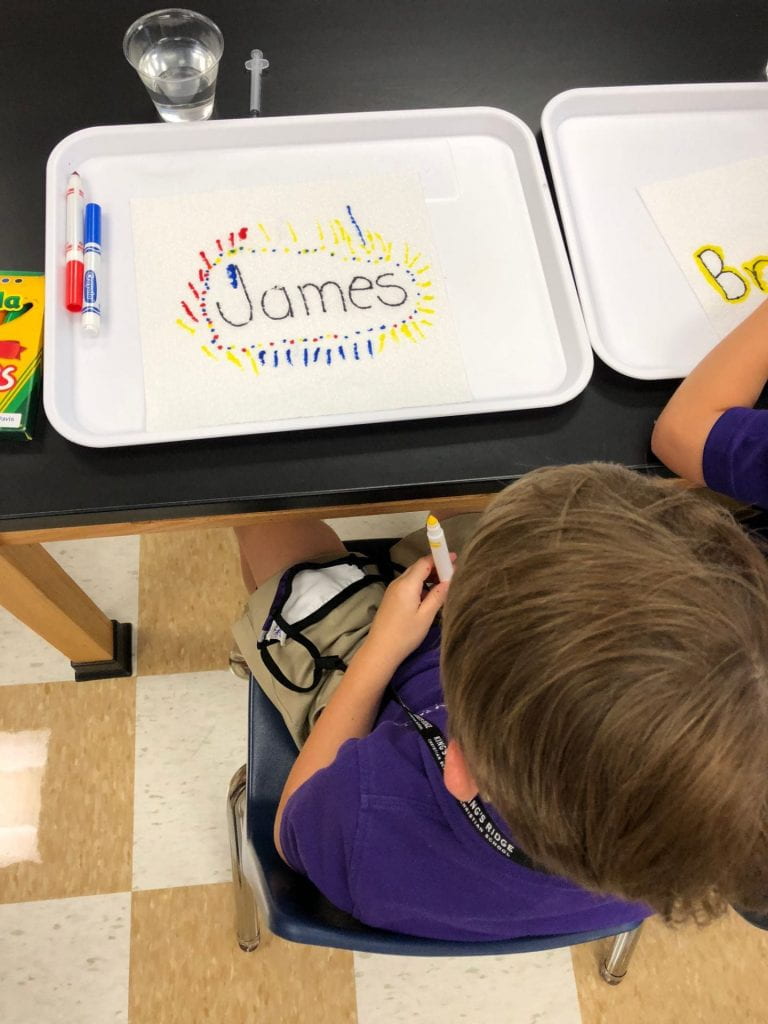 Then, we pulled the water into our syringes and dropped it on the colors we had drawn on our paper towels. The water did not stay on top of this material which led us to a discussion of absorbency. The colors also expanded (as one of my scientists exclaimed.) What a fun way to explore diffusion. But wait, we only used red, yellow, and blue markers! How did green, orange, and purple appear? Another scientist, noticed that the colors stopped moving when they reached the edge of the paper towel. Why didn’t our names change? 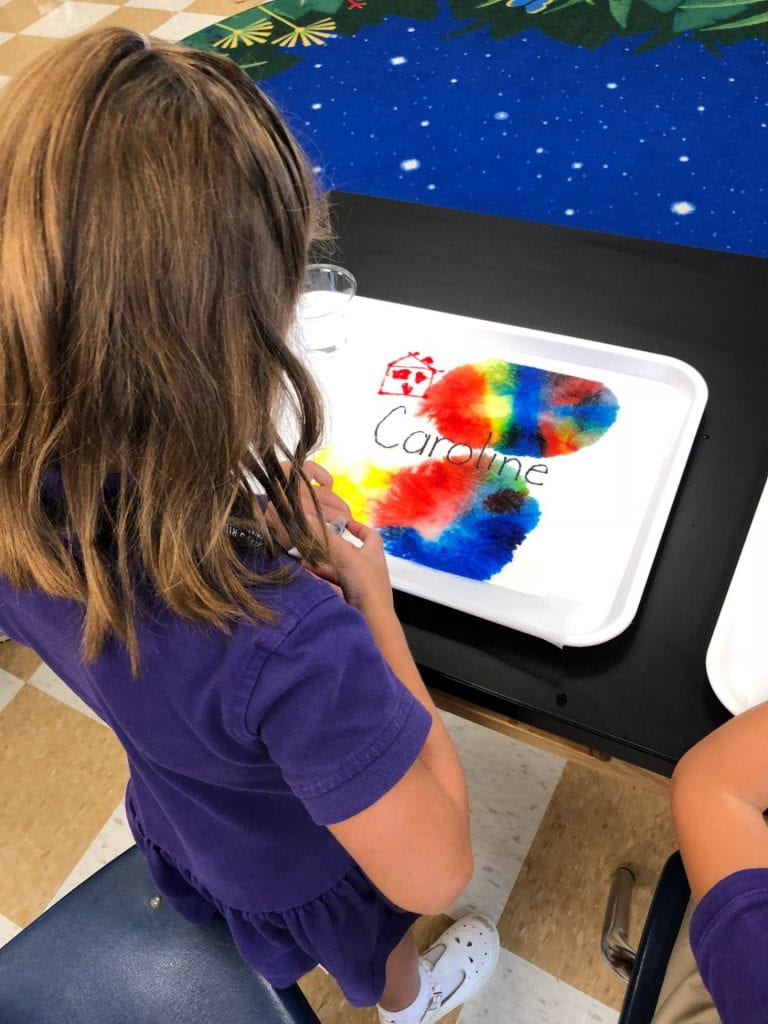 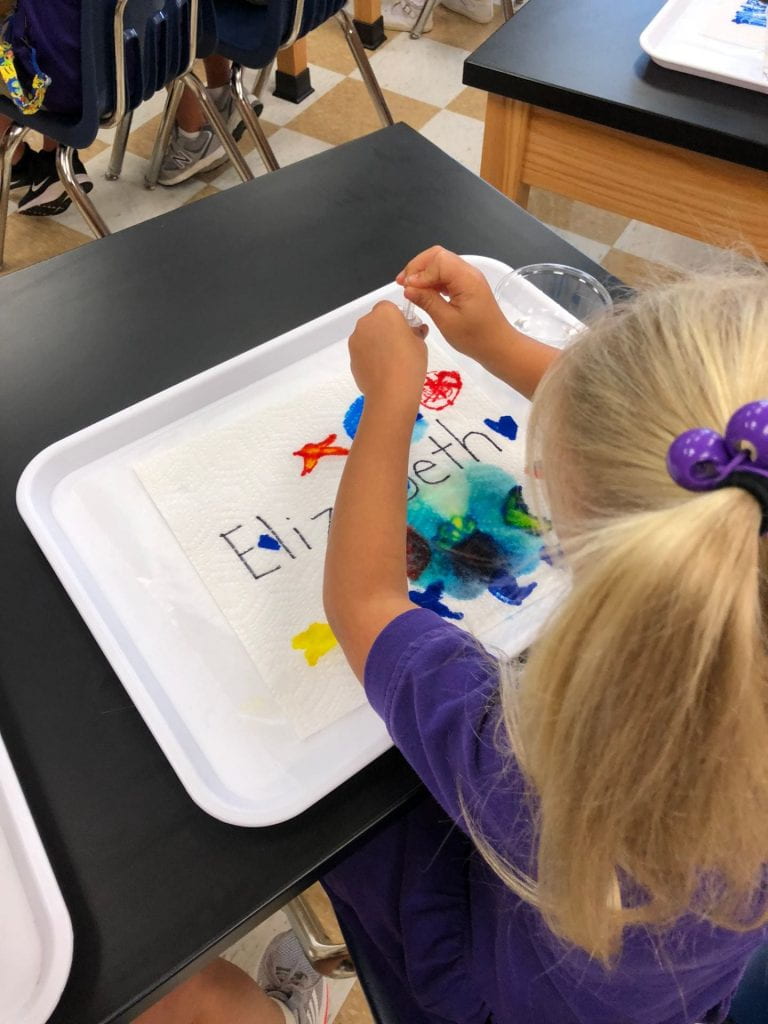 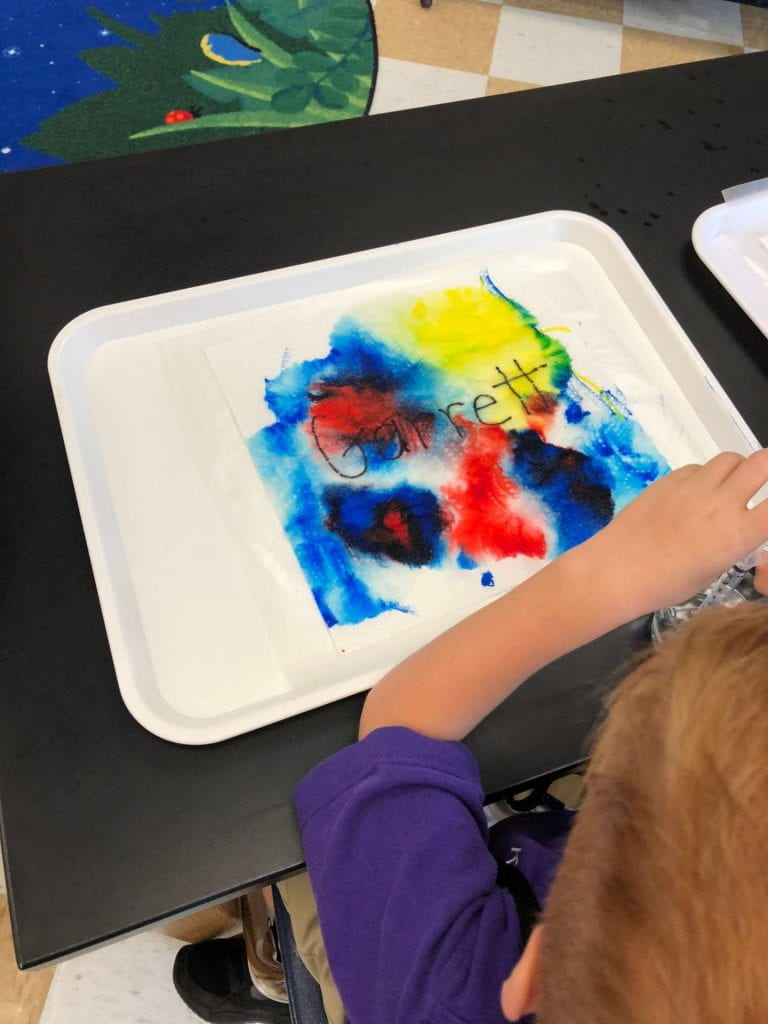 We thought our work looked like sunsets and tie dye. 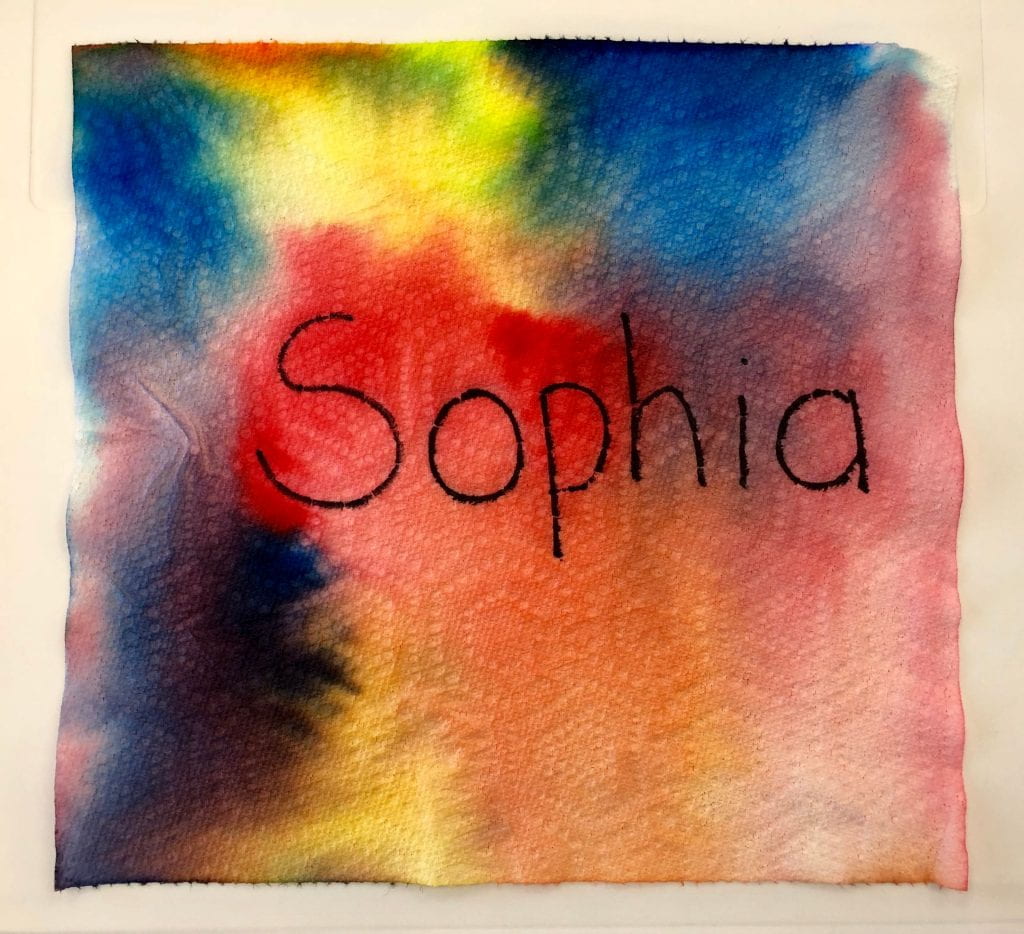 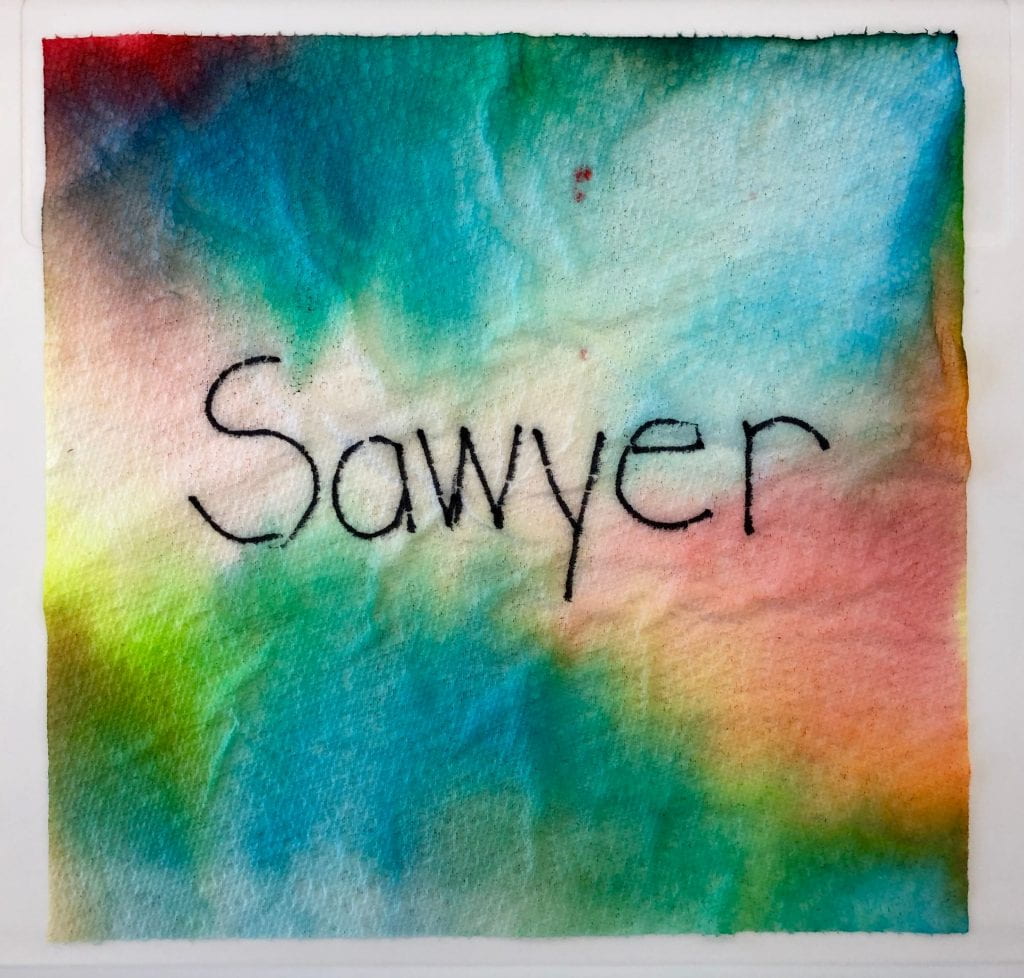 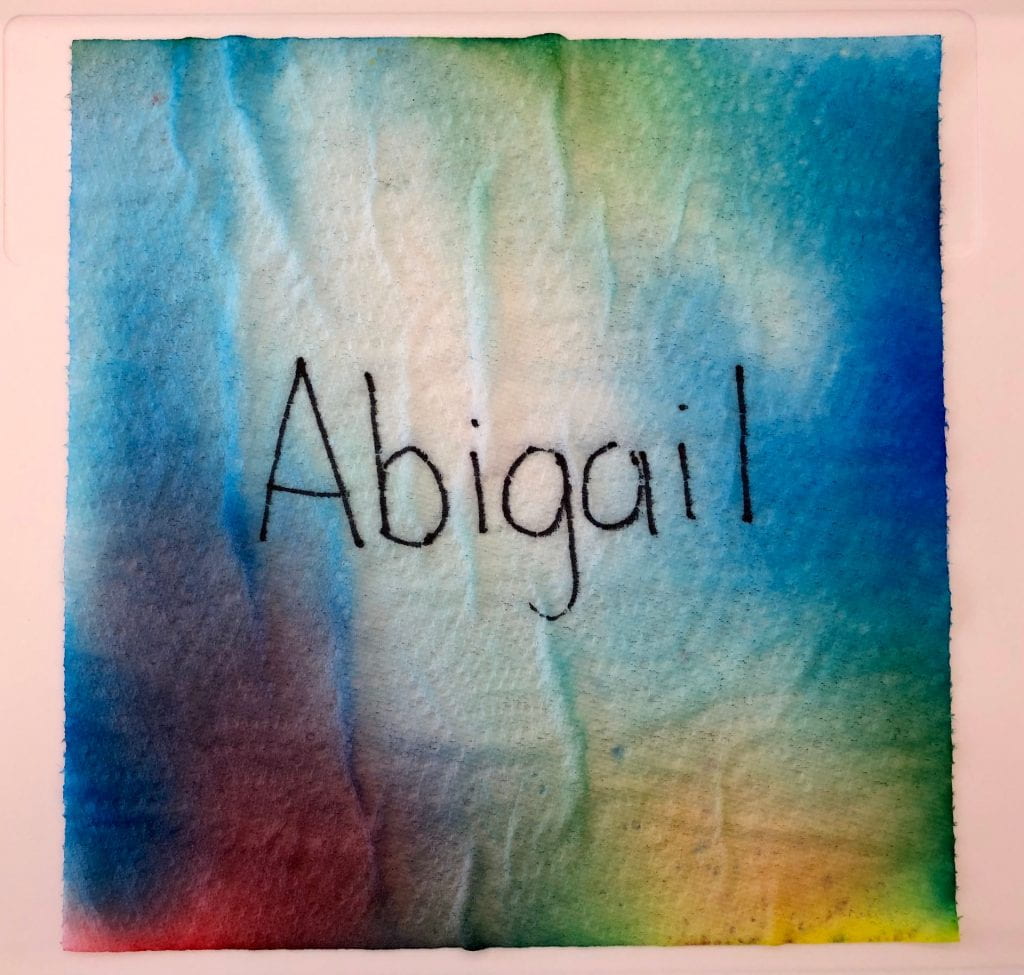 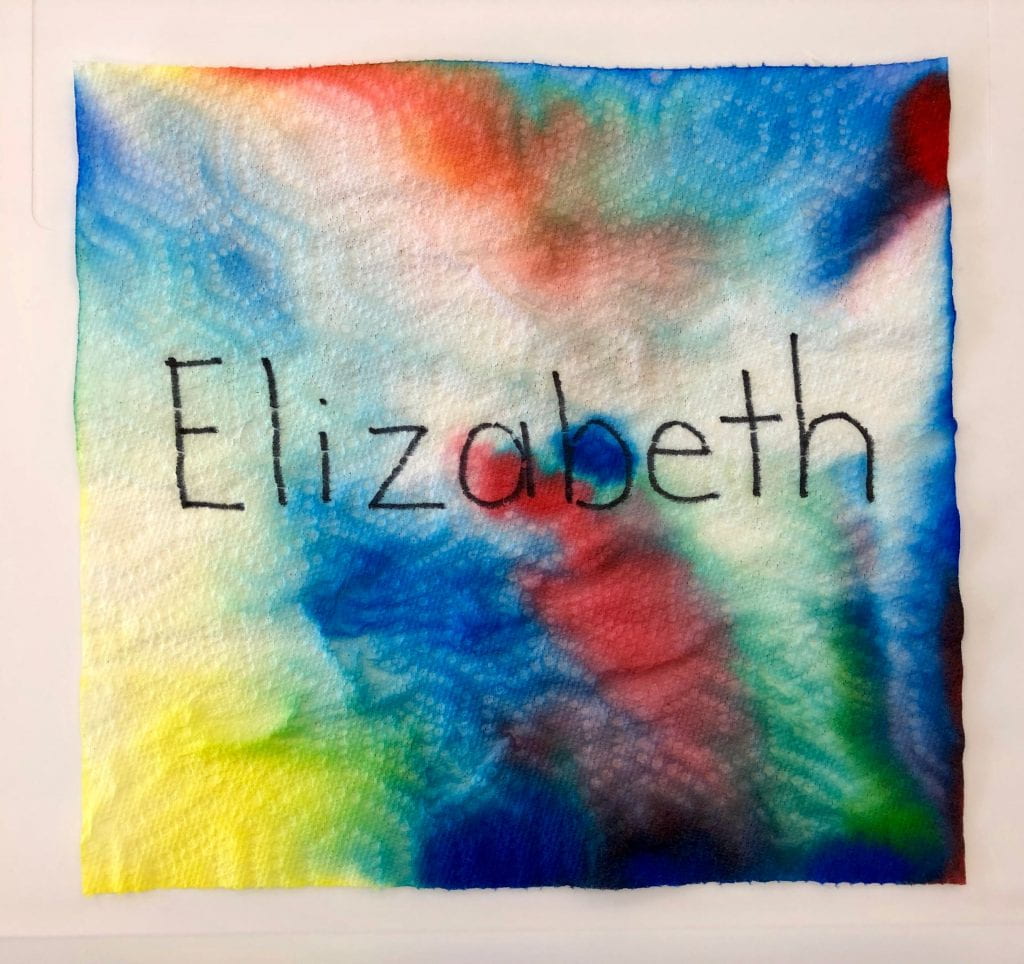 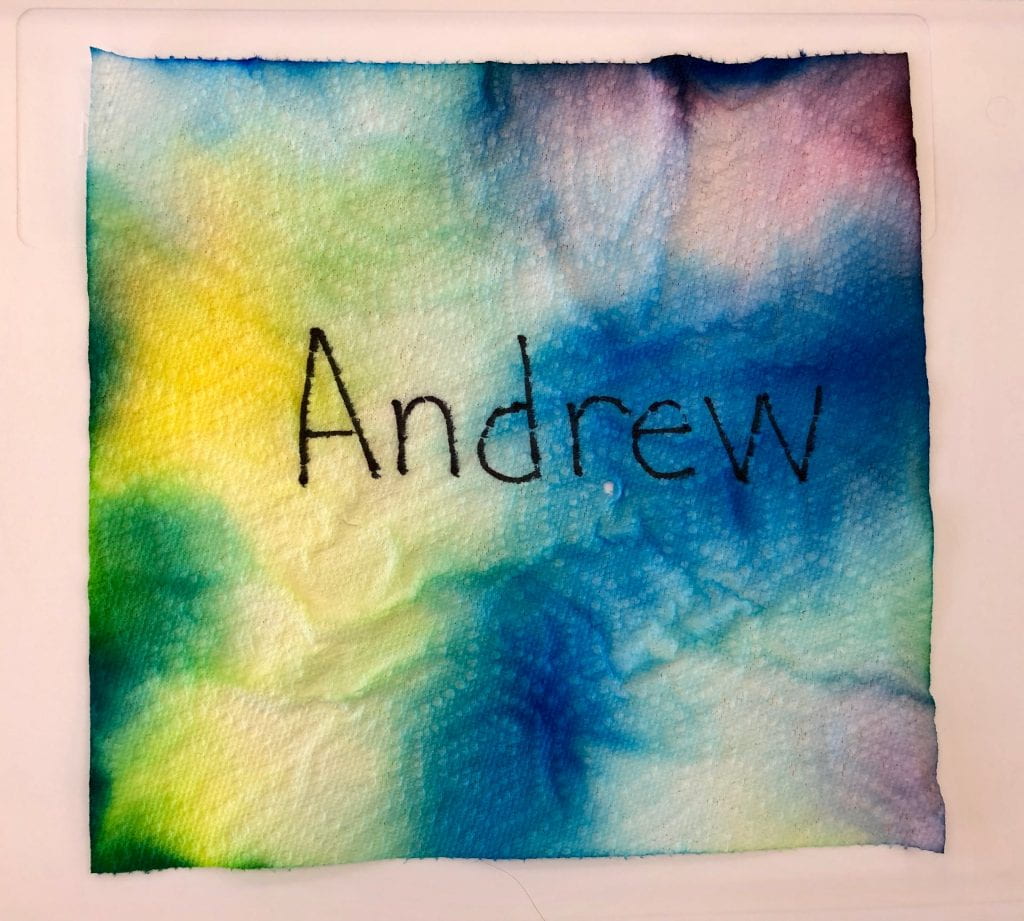 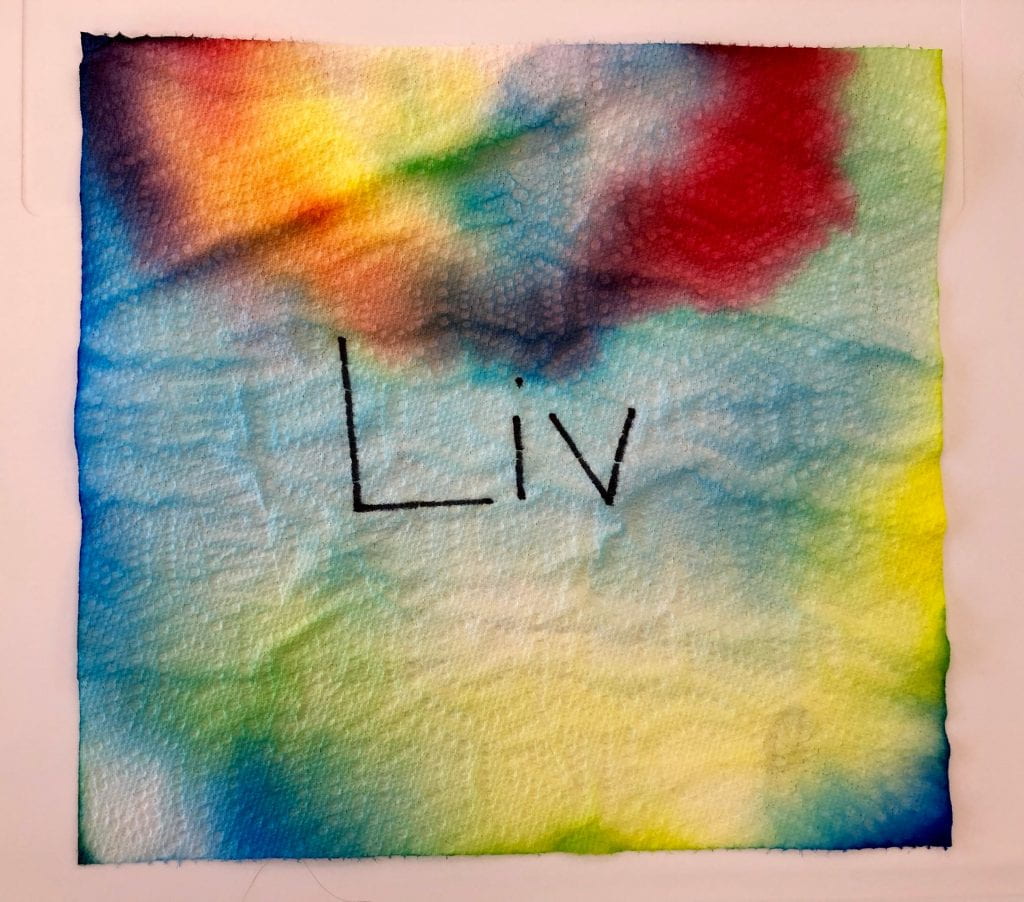 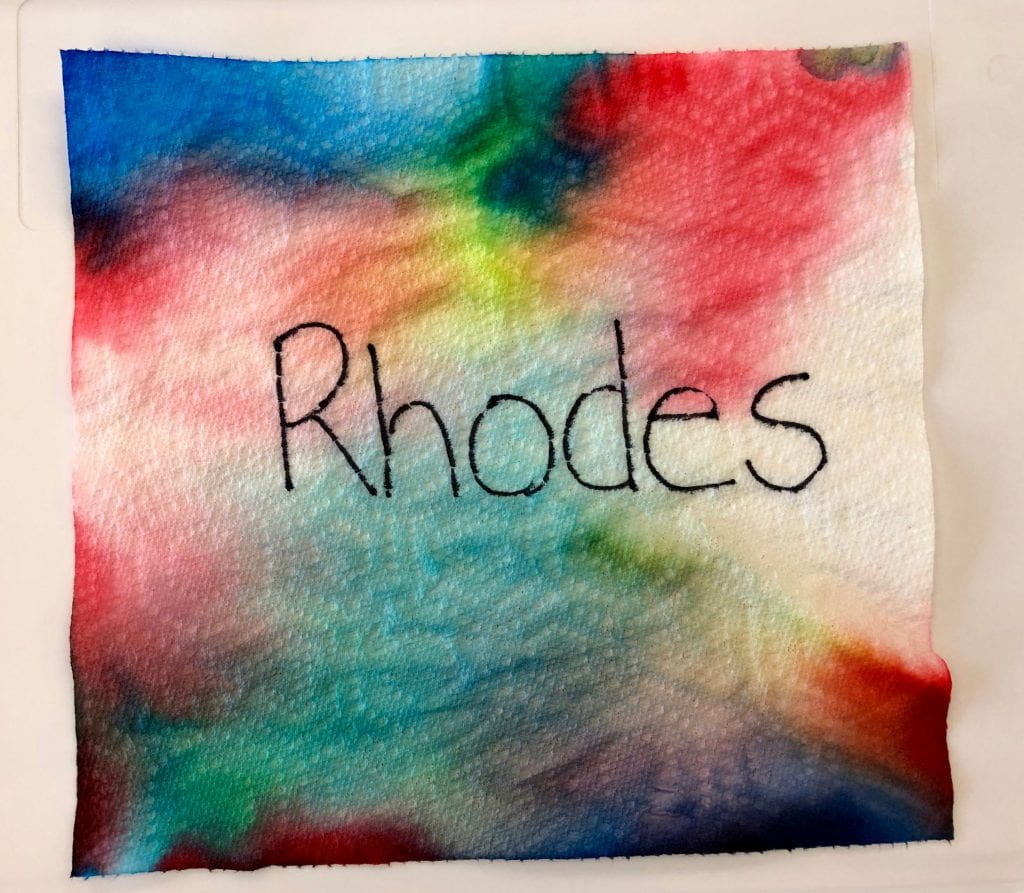 Some of my young scientists have dreams about going into medical fields one day, so they were excited to learn how to use syringes.