Third grade reviewed the skeletal system and labeled their pasta skeletons at the beginning of lab. Then, we continued our study of the earth with an investigation of magic sand. Of course it ‘s not magic, it’s science! We used the sand to explore the concept of hydrophobic (water fearing) and hydrophilic (water loving). Although you drop the sand in the water, it is completely dry when you take it out. How is that possible? So much fun watching them investigate its properties. 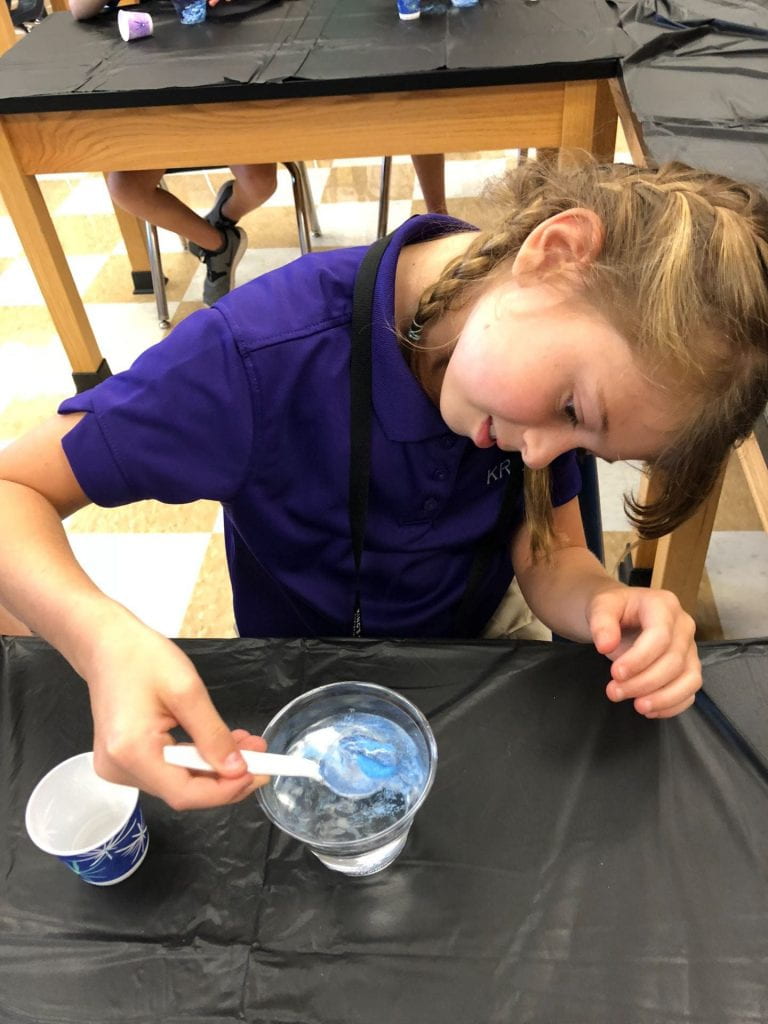 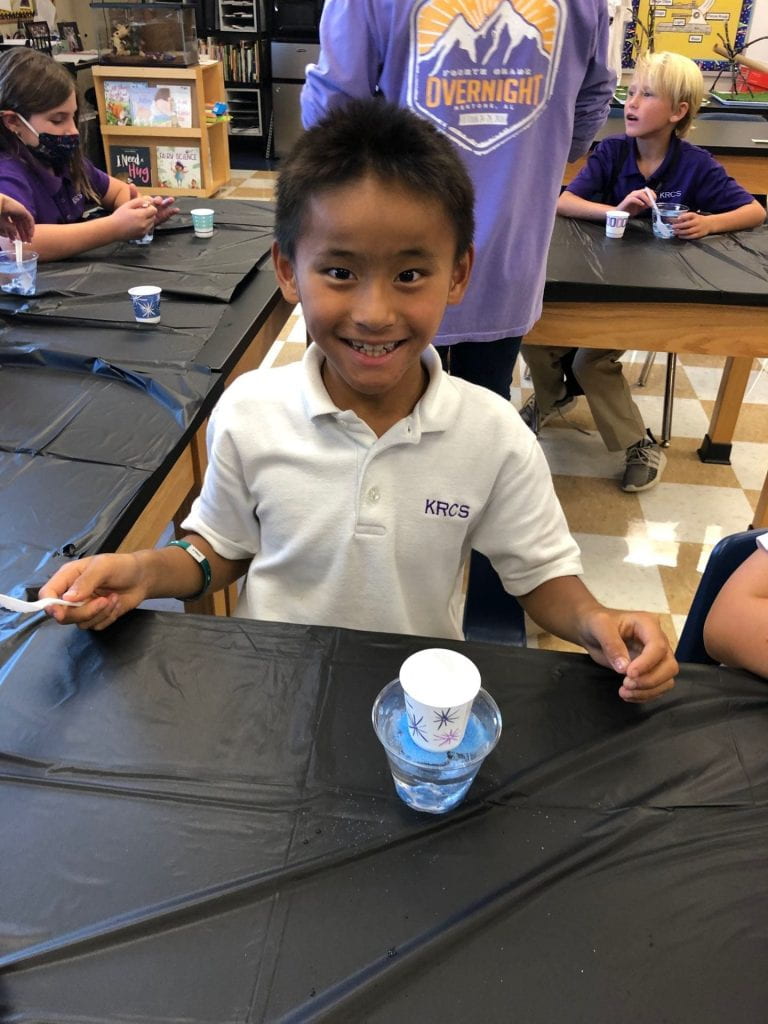 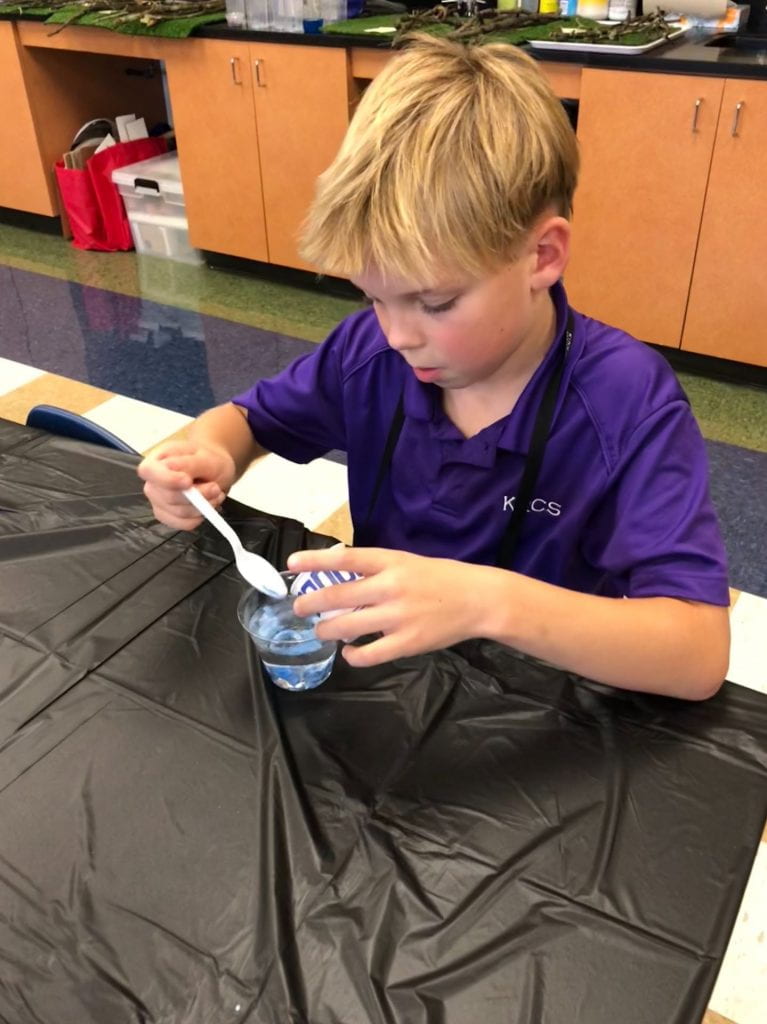 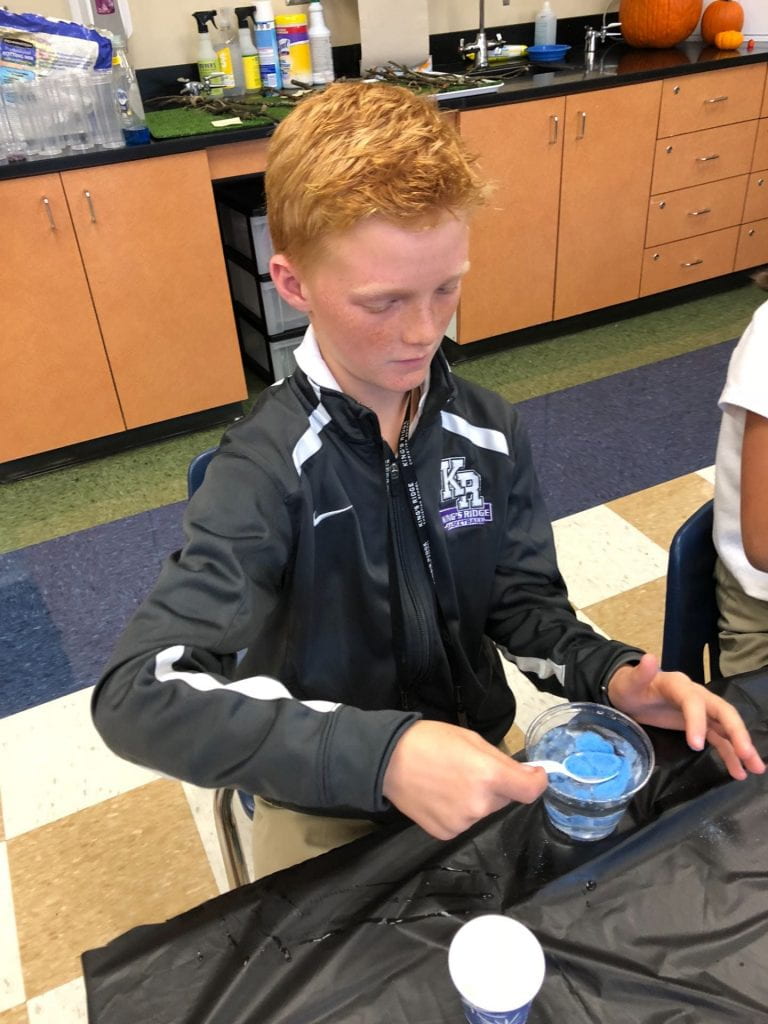 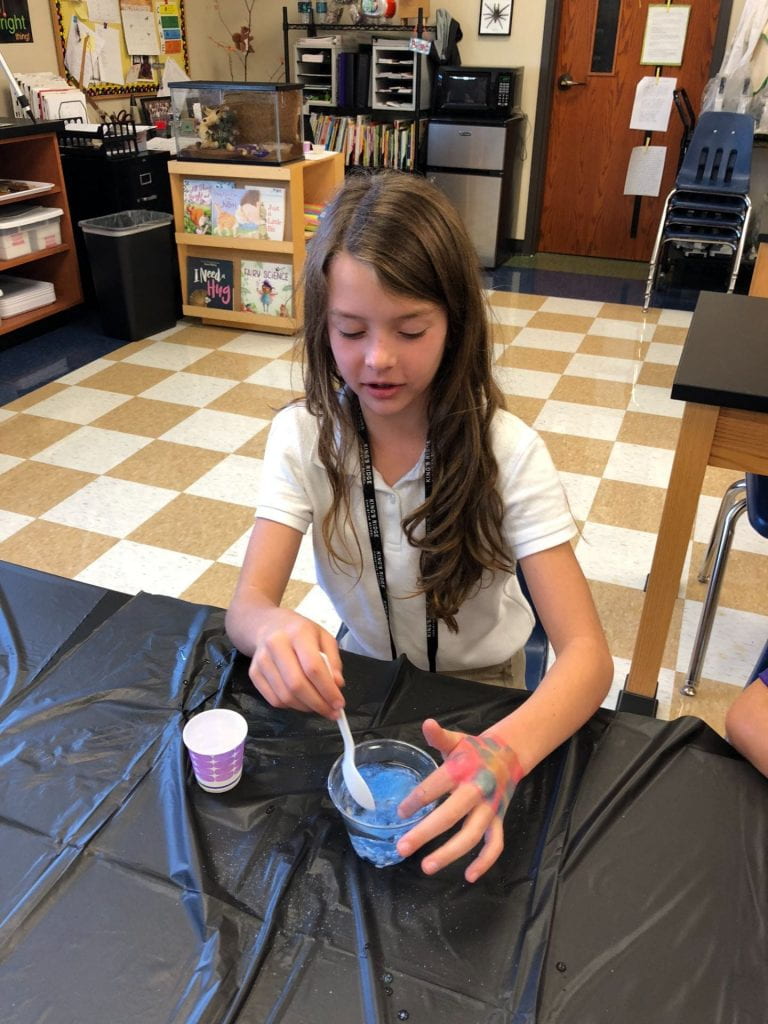 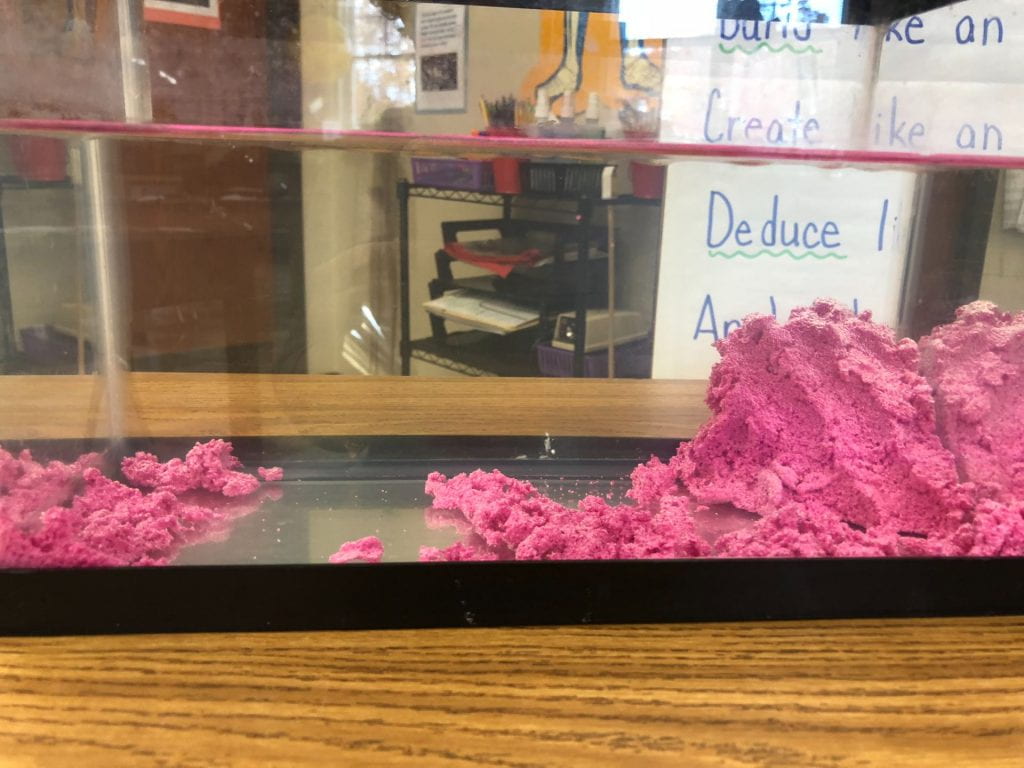 Third grade geologists randomly sampled a model Earth (an inflatable globe) to determine the percentage of Earth’s surface that is covered with water. We threw the globe ten times and each person caught the globe with ten fingers which totaled 100%. We added the amount of finger tips that were touching water when the globe was caught. Then we added those ten numbers together. The totals from the three classes  were 74, 76 and 73. According to the USGS, approximately 71% of the earth’s surface is covered with water. The accuracy of this activity always amazes me! 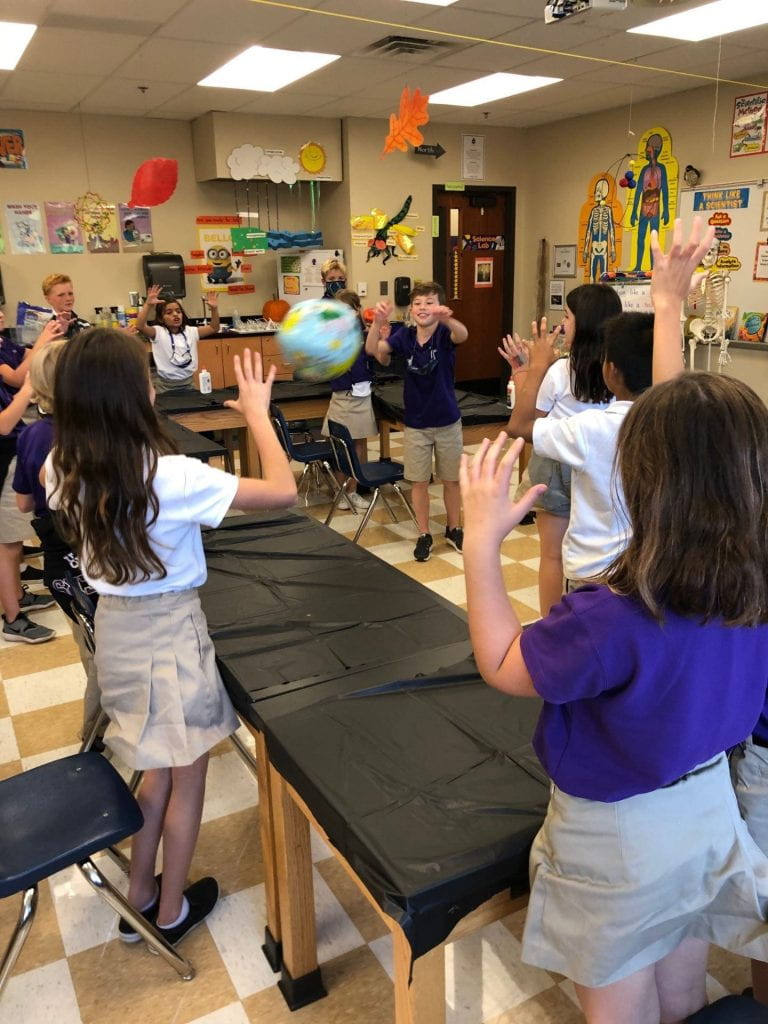 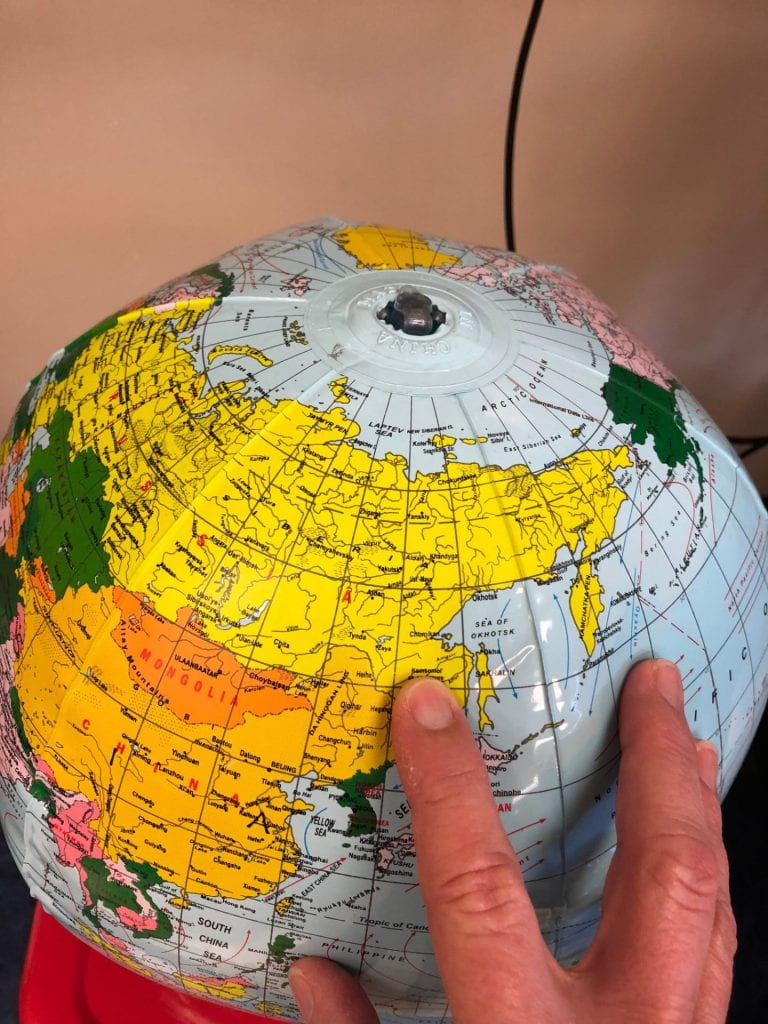