Kindergarten classes continued their study of polar regions. I explained to my kindergarten scientists that an iceberg is a large piece of floating ice. I placed consecutively larger pieces of ice in a tank of water. Before I did, the children drew a picture to hypothesize what they thought the ice would look like in the water. Would it sink or float? Following this investigation, we looked at photos of real icebergs and observed that while ice floats, most of the ice is under water. Does that mean that solid ice is less dense than liquid water? As the ice melted, we watched the food coloring fall into the water. 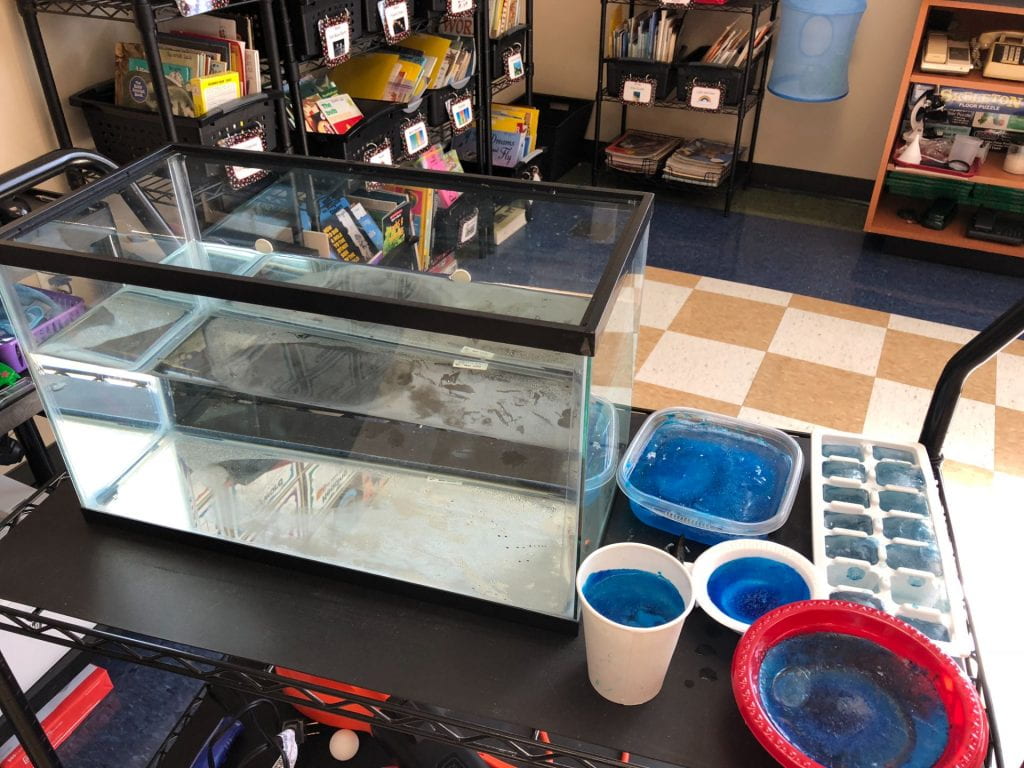 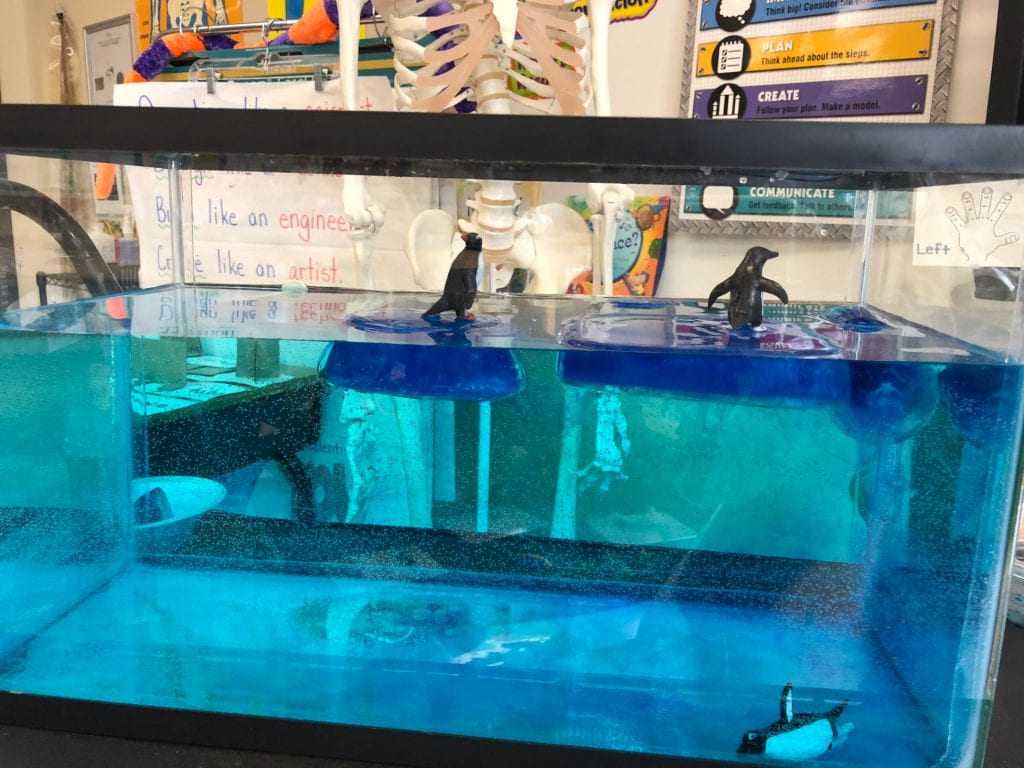 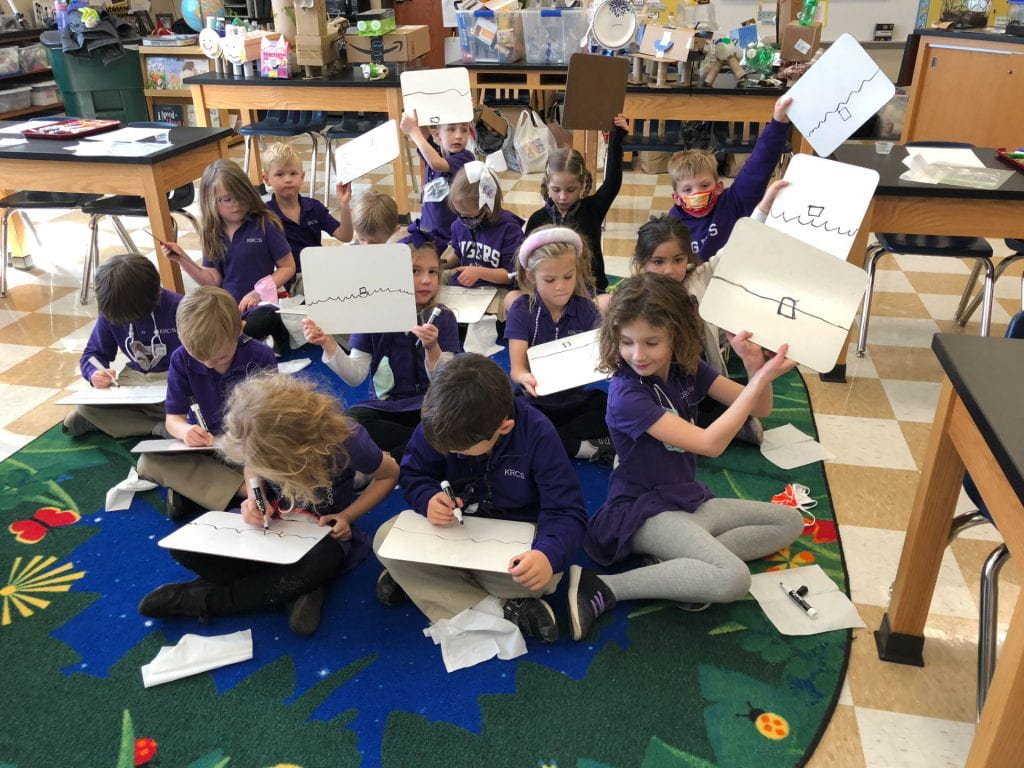 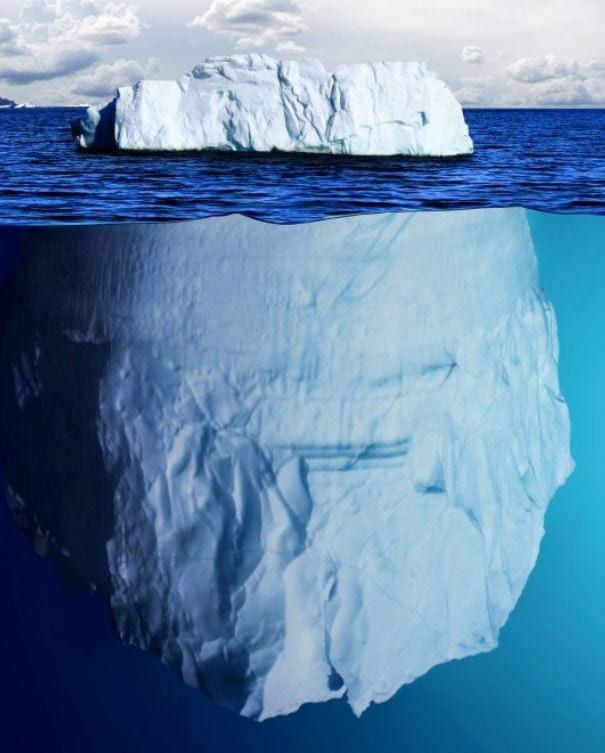 Then we drew a path for a drop of water and placed the path in a page protector. Using friction, cohesion, and adhesion, scientists guided their drops through the path. (See previous posts for more details on this activity.) 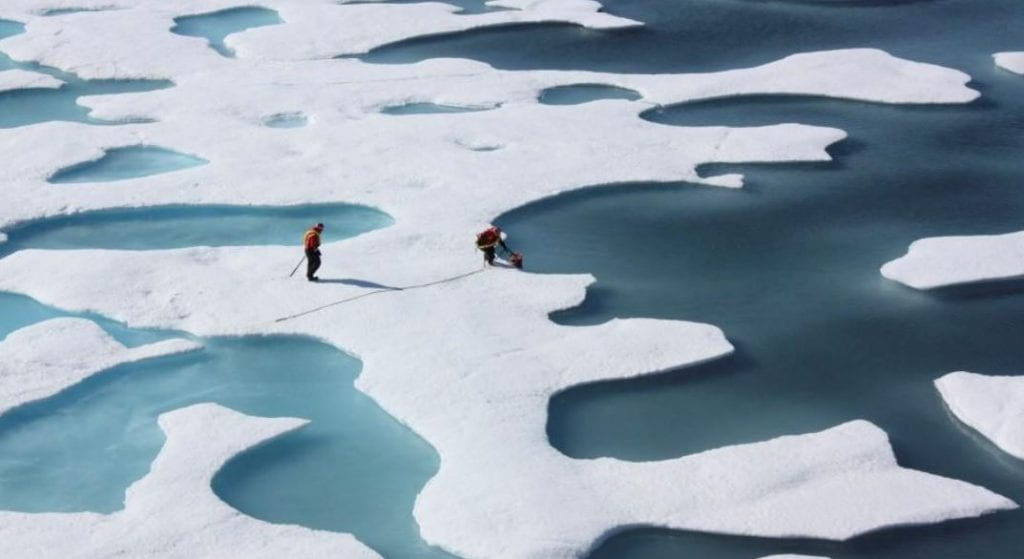 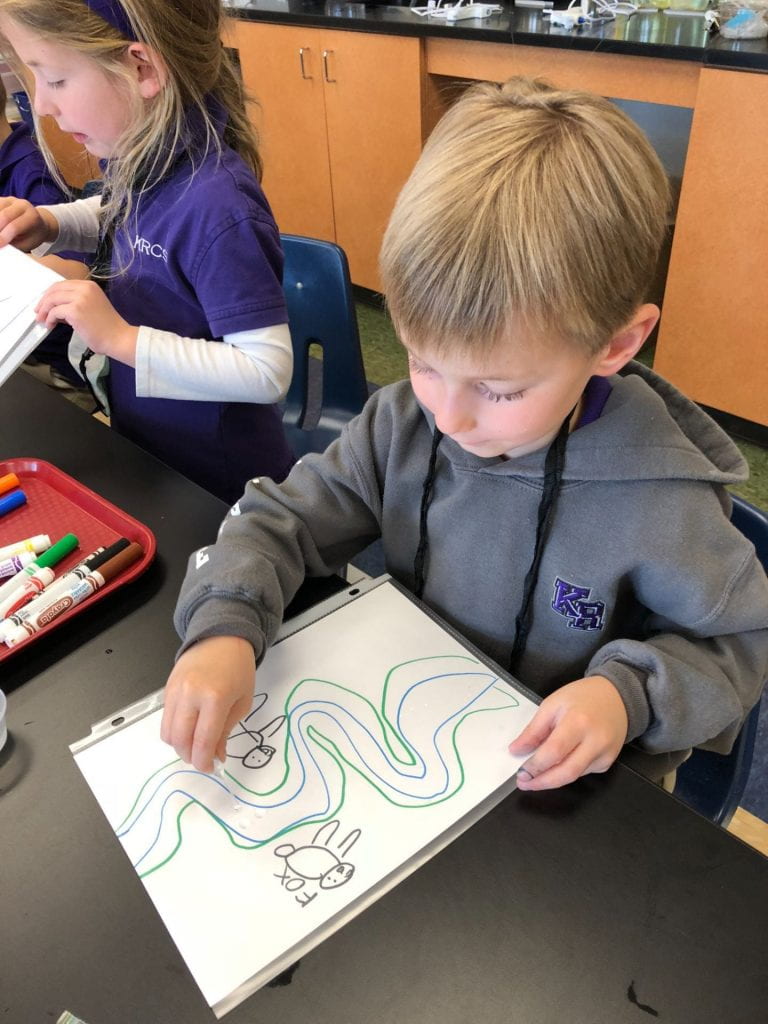 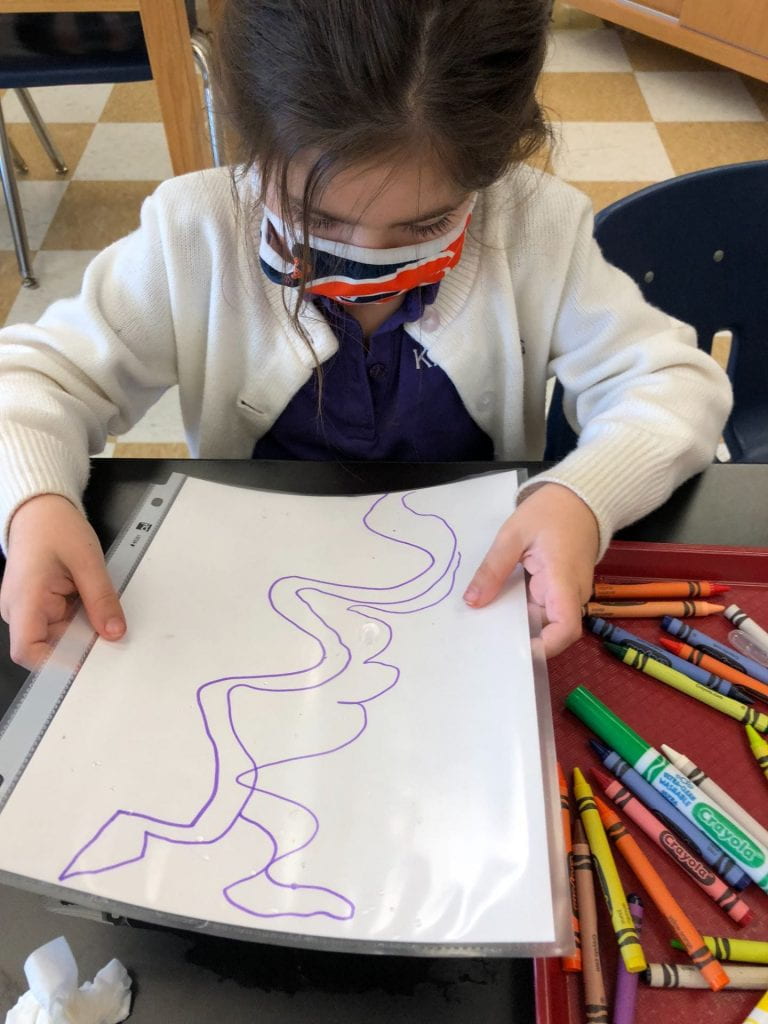 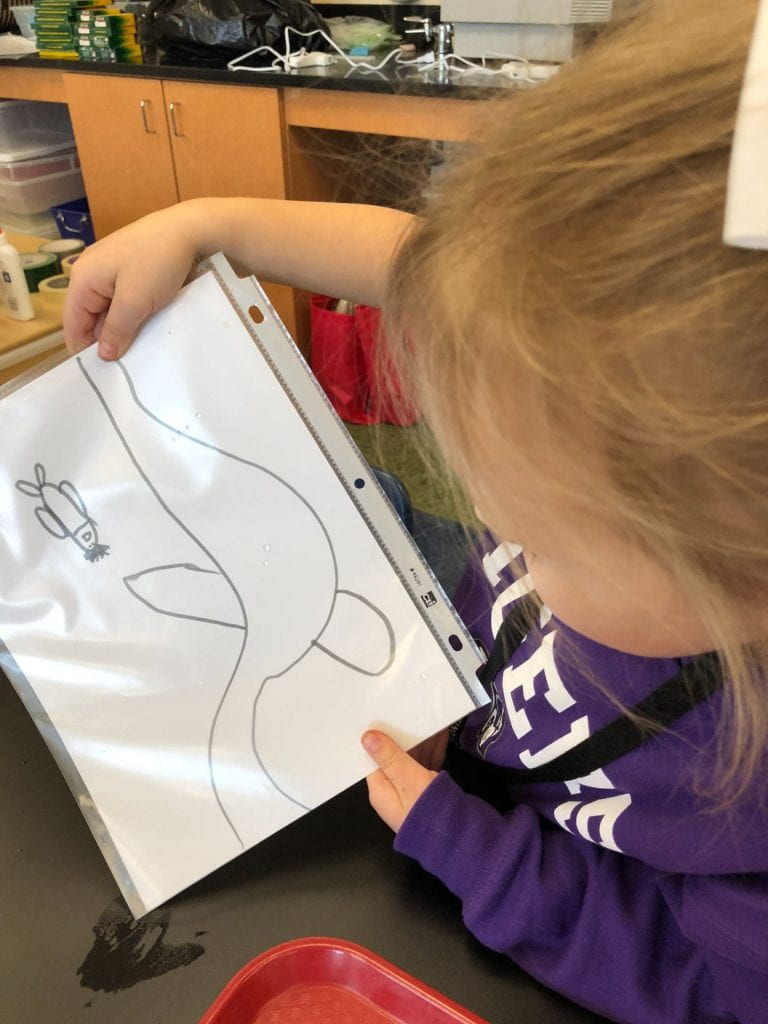 I wanted to let my blog community know that my mom celebrated her 90th birthday on January 30th. I am so blessed that God chose her to be my mother! I made a video to celebrate with my family over Zoom, and I thought I would post a few of the photos of my beautiful mother here. She was also a teacher. Thank you for letting me share my heart with you. 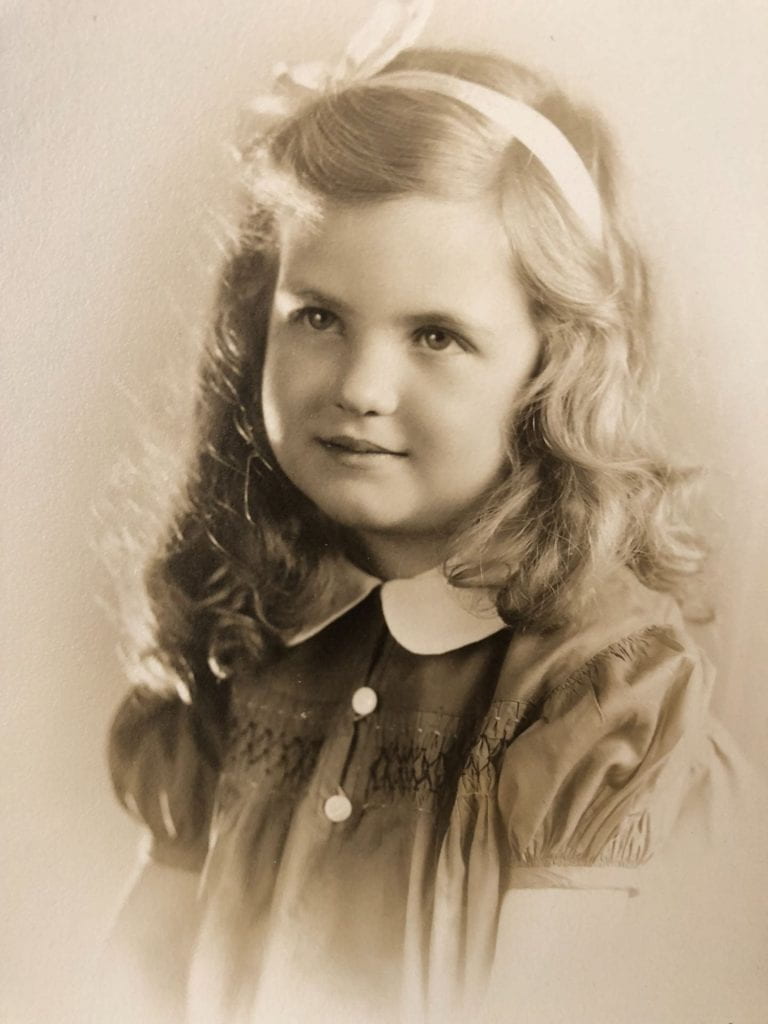 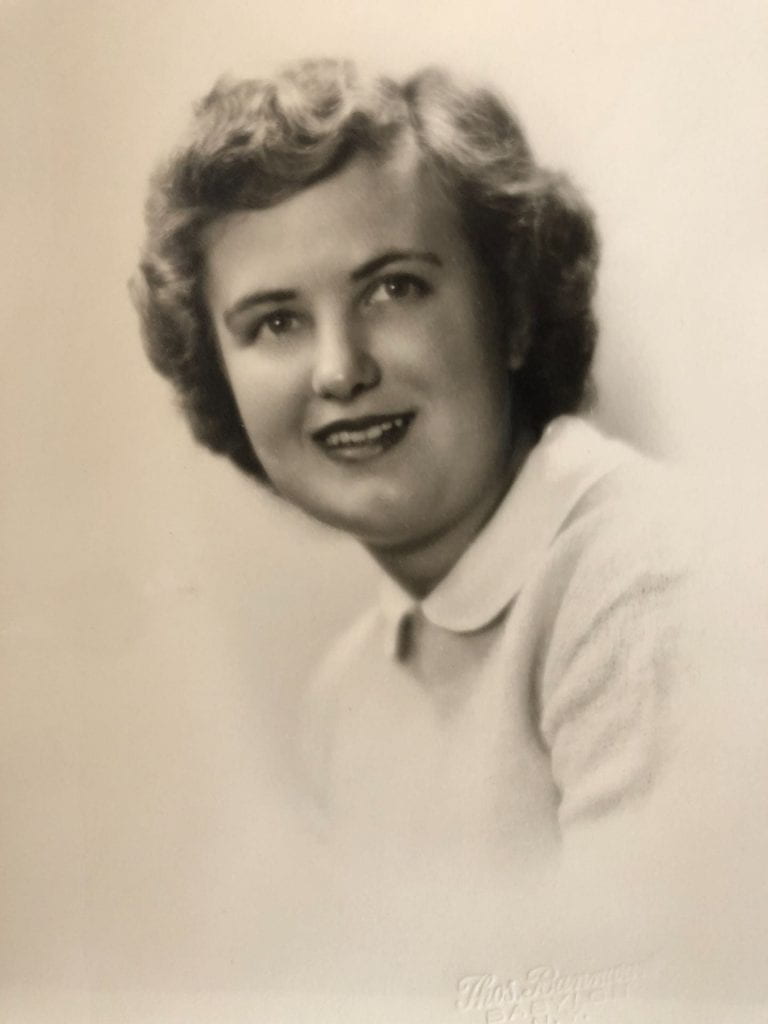 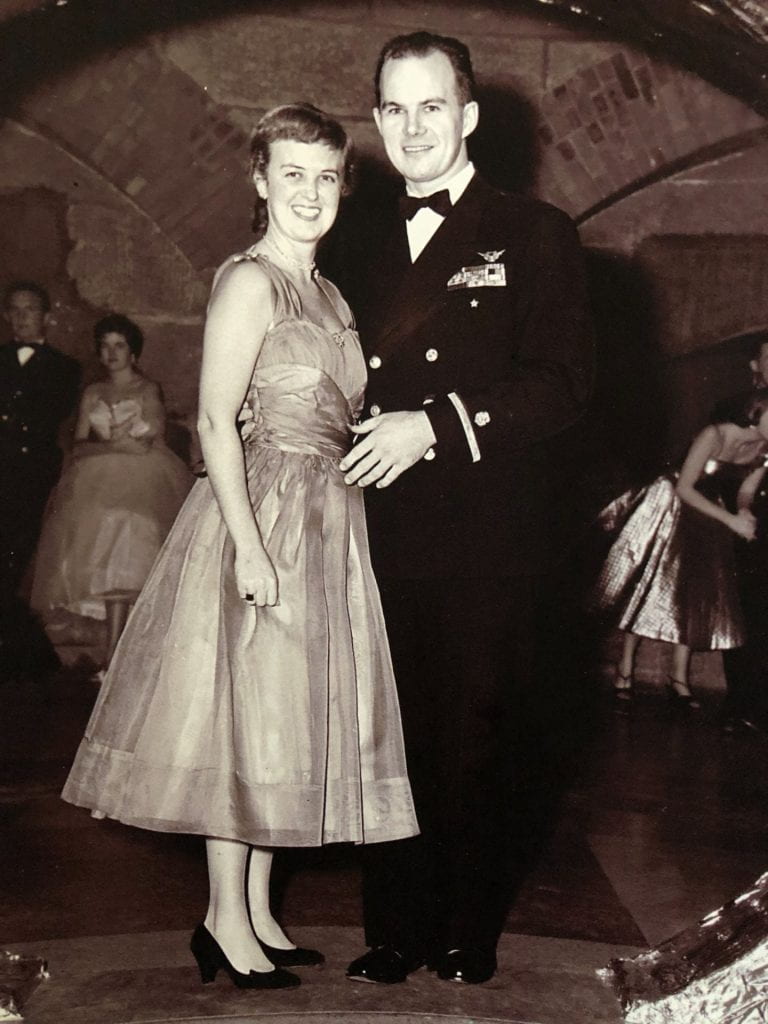 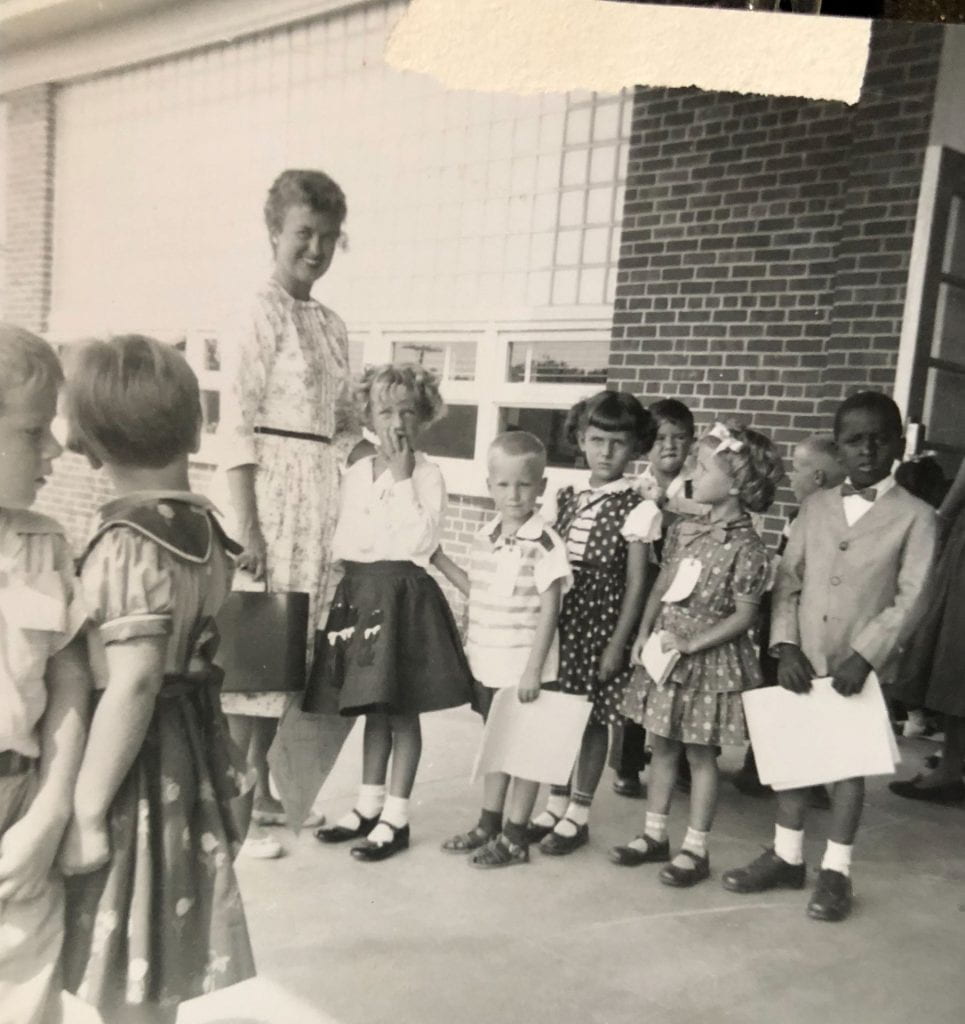 It was so much fun to watch these animals come alive! Third graders came with a plan and worked independently. Mrs. Borain will use the ocean animals in a Media Center display. 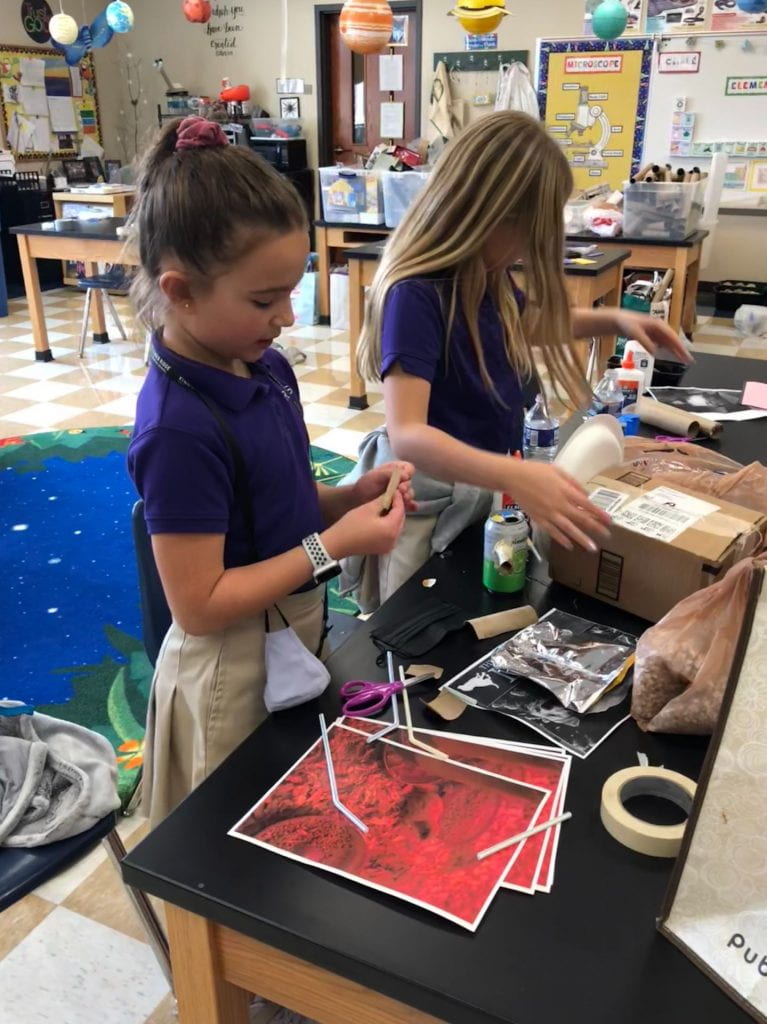 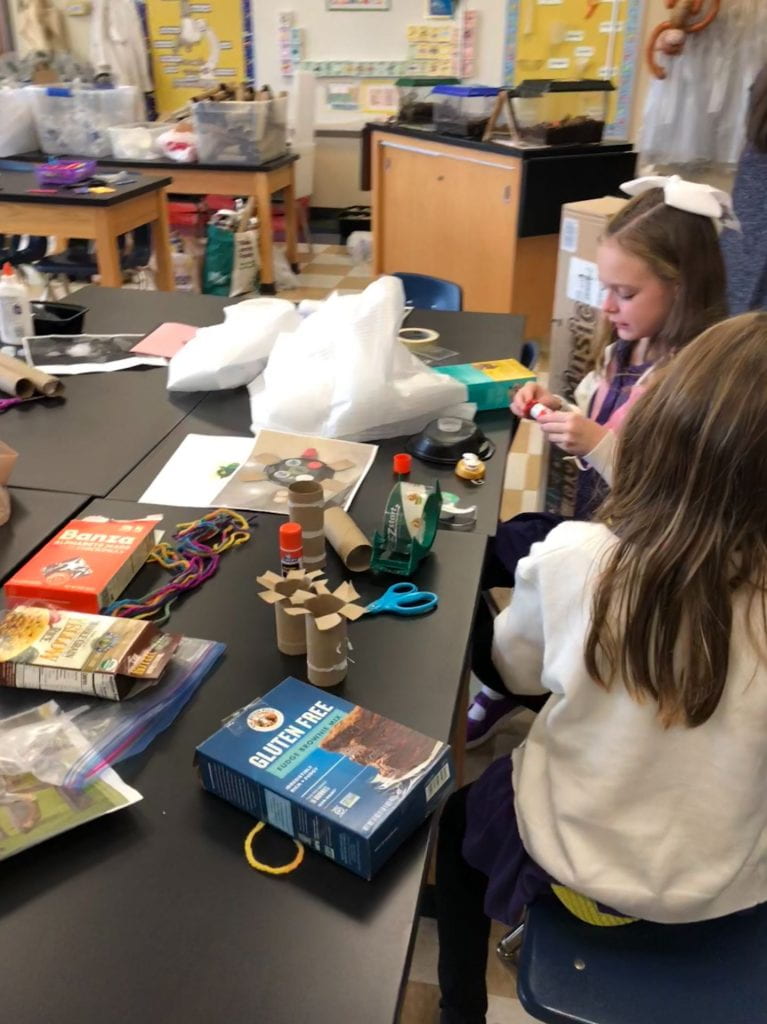 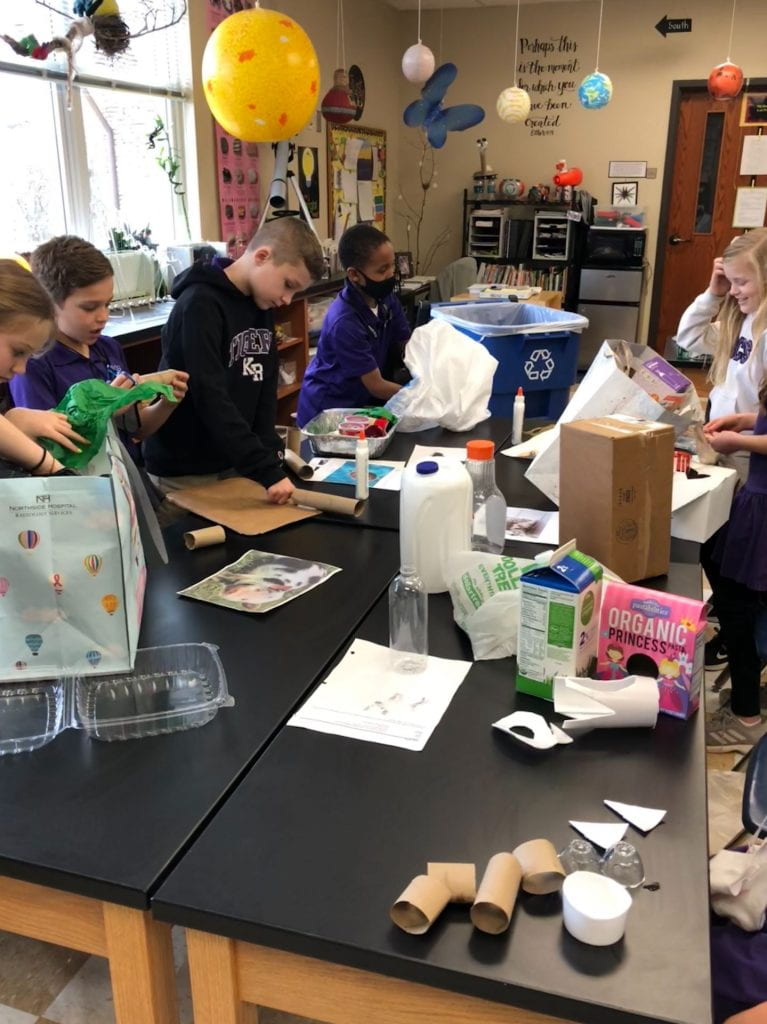 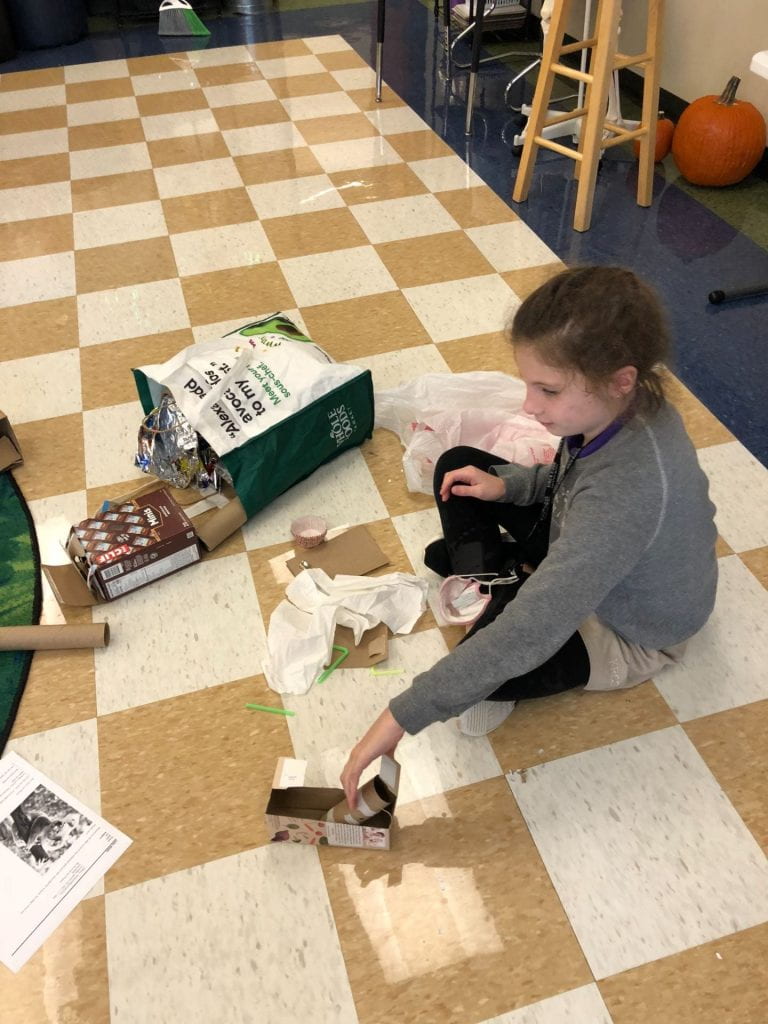 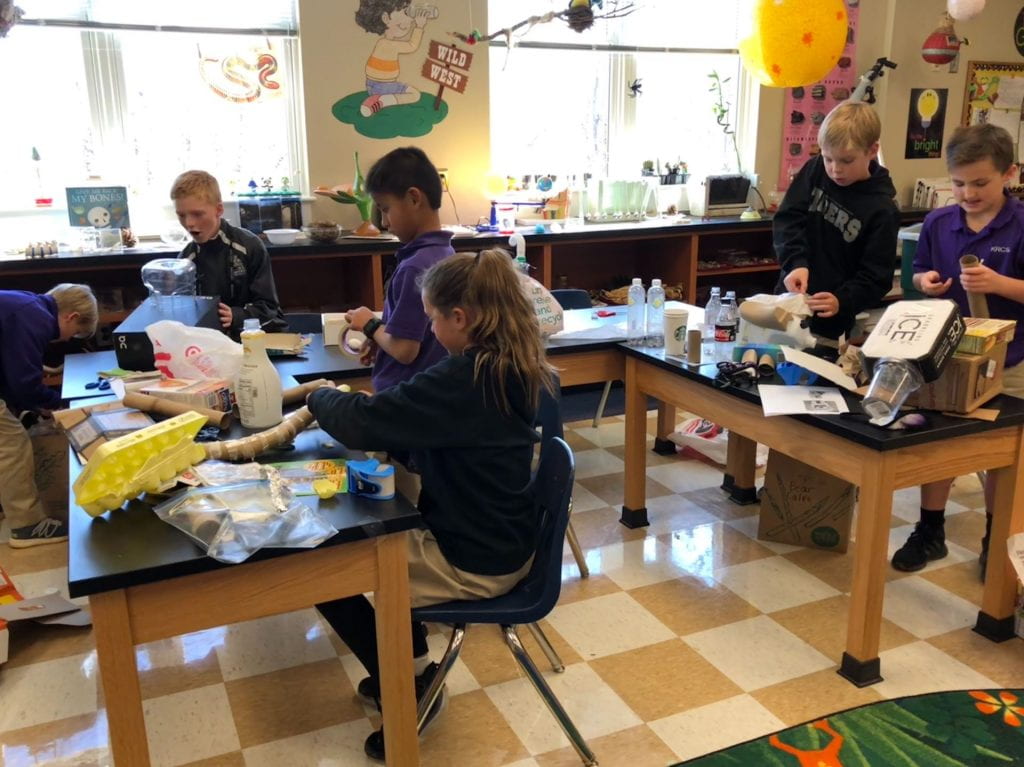 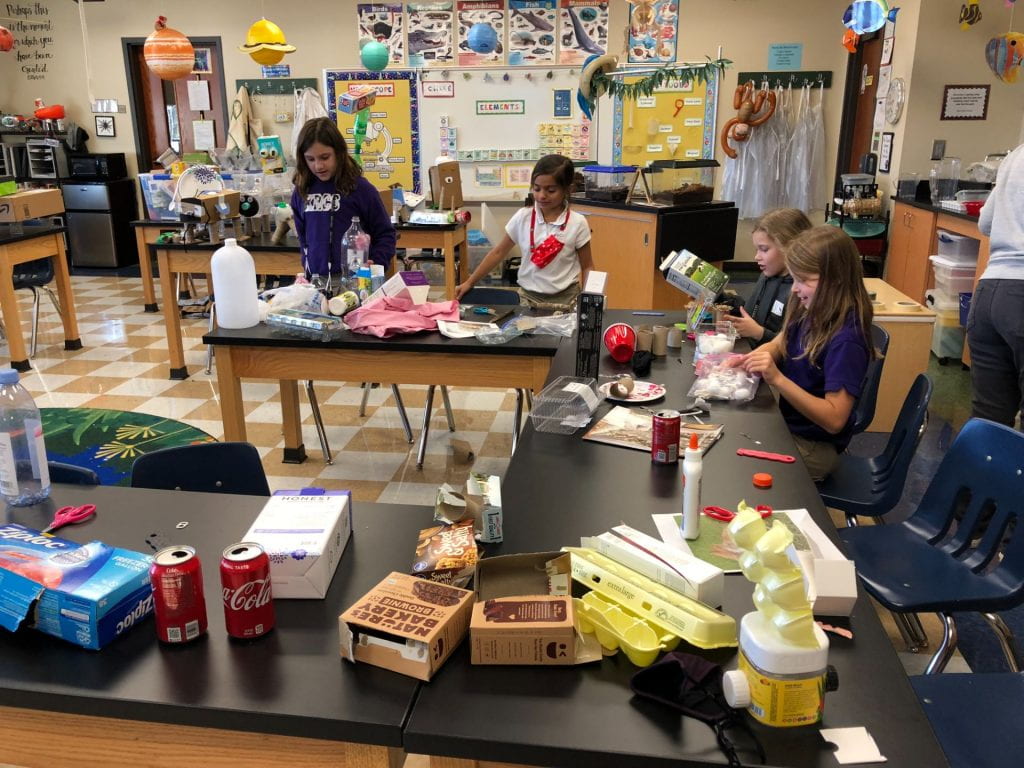 Click here to see how a professional artist uses trash to create amazing works of art.

We began lab with a demonstration of lift. Students helped me place ping pong balls into a column of air produced by a hair dryer. It appeared the balls were levitating. Why didn’t they blow away? We were investigating the Bernoulli Principle. Then we placed various cardboard tubes over the balls and created wind tunnels. NASA uses wind tunnels to test scale models of aircraft and spacecraft. Click here to learn how to repeat this investigation at home. Try a variety of balls and and tubes. 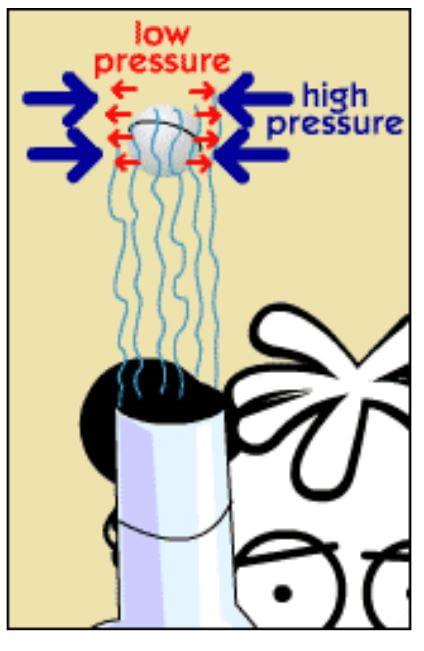 Then, second grade engineers applied what they had previously learned about rotocopters, gravity, and lift to create their own rotocopter designs. How will the rotocopter turn? We took this STEM challenge through the Design Process and tested them in the rotunda.

Through this project, we learned: