My first grade scientists were amazed that the energy released from the plasma ball can turn on the energy stick.

After reviewing that a circuit is a closed, circular path for electricity to flow and the difference between insulators and conductors, we used playdoh to make squishy circuits. I explained that the red wire connected to the energy pack was positive and the black wire was negative and that the longer leg of the LED was positive and the shorter negative. If the dough was pushed together, a short circuit occurred and the LED didn’t light because the current bypassed the LED. Then we placed a paperclip in the circuit and it acted as a switch to open and close the circuit. Next week, we will learn how to use clay as an insulator to create more complex designs. Click here to watch a TED talk about how squishy circuits are a fun way to explore the fundamentals of electricity. 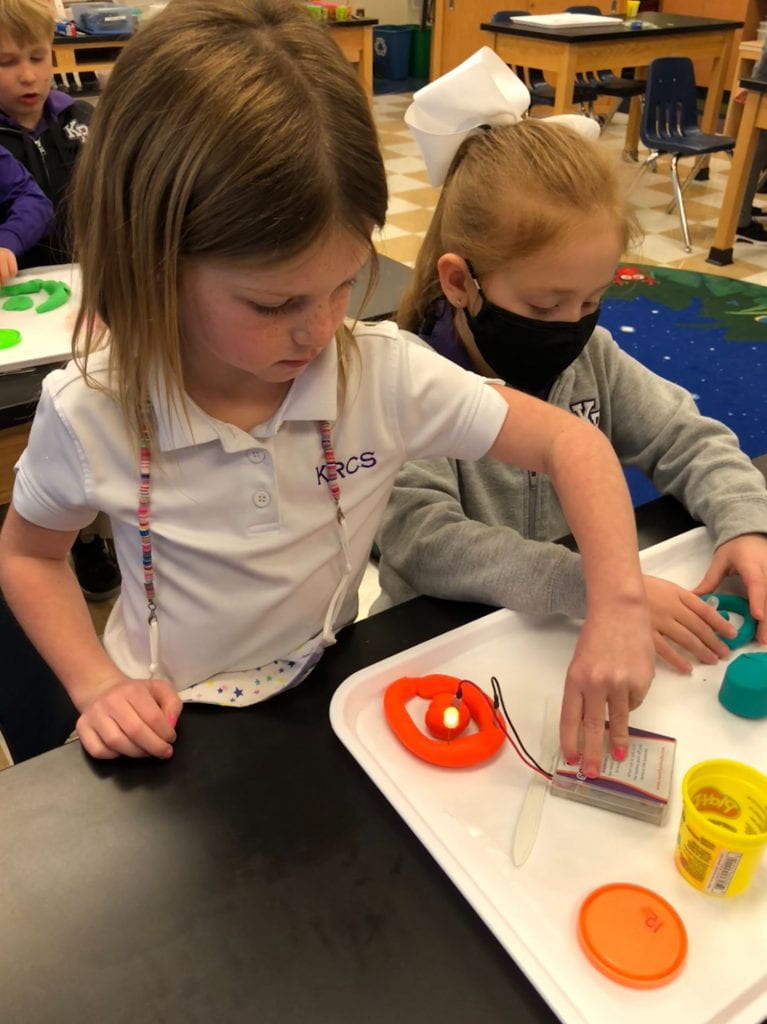 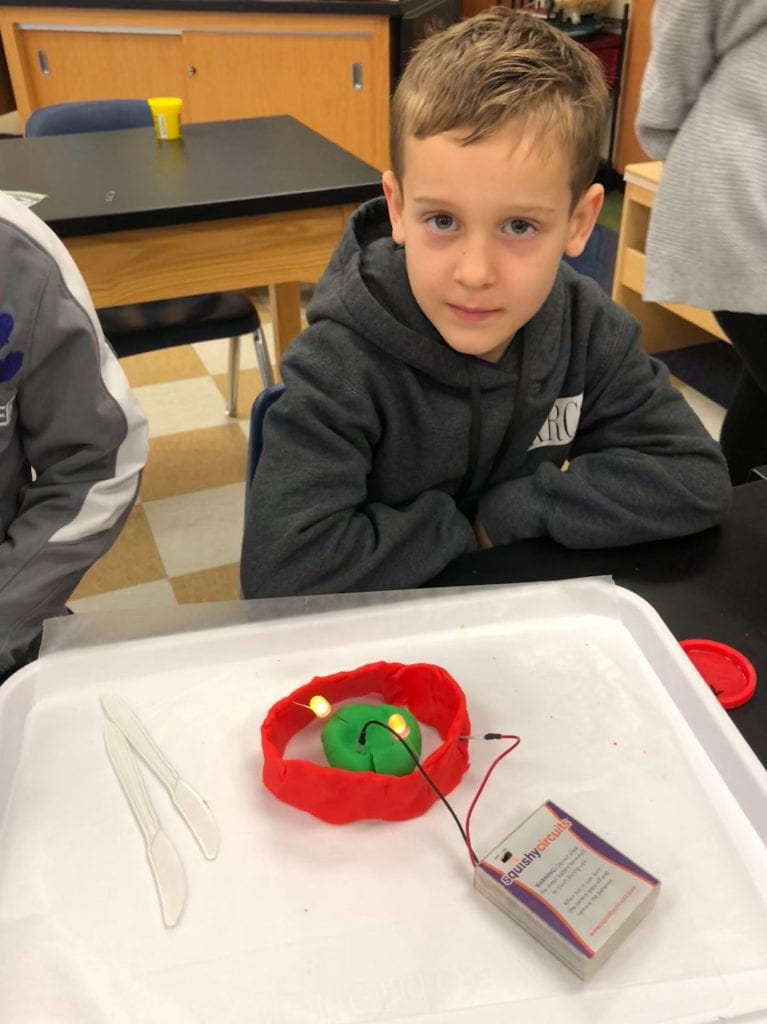 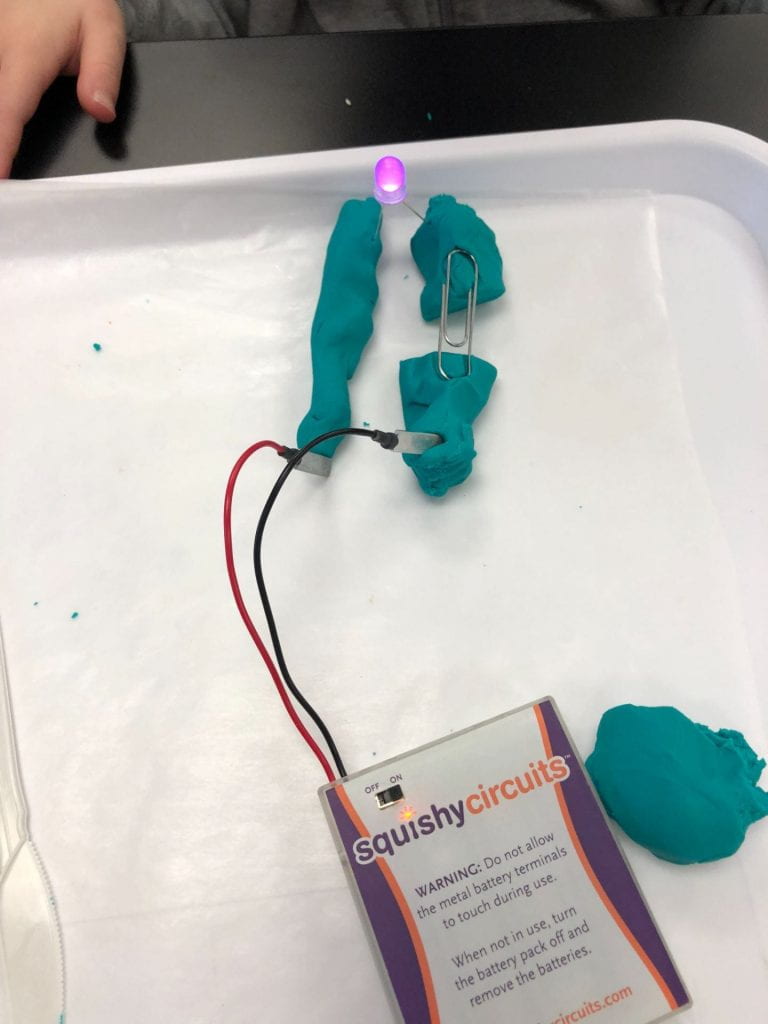 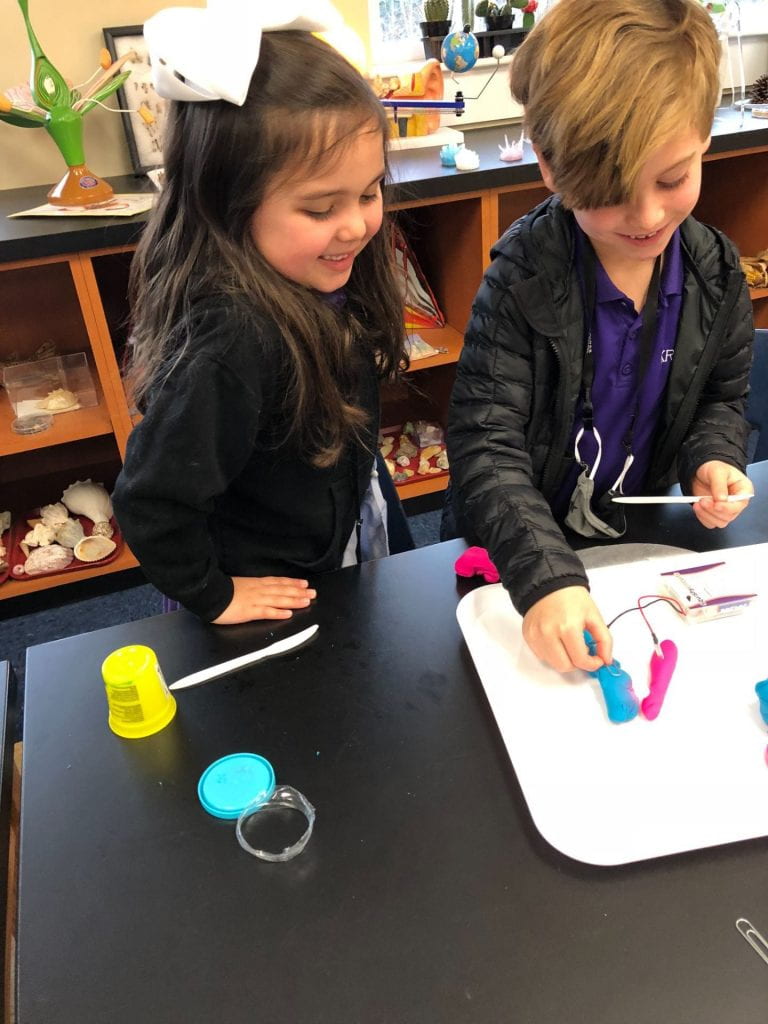 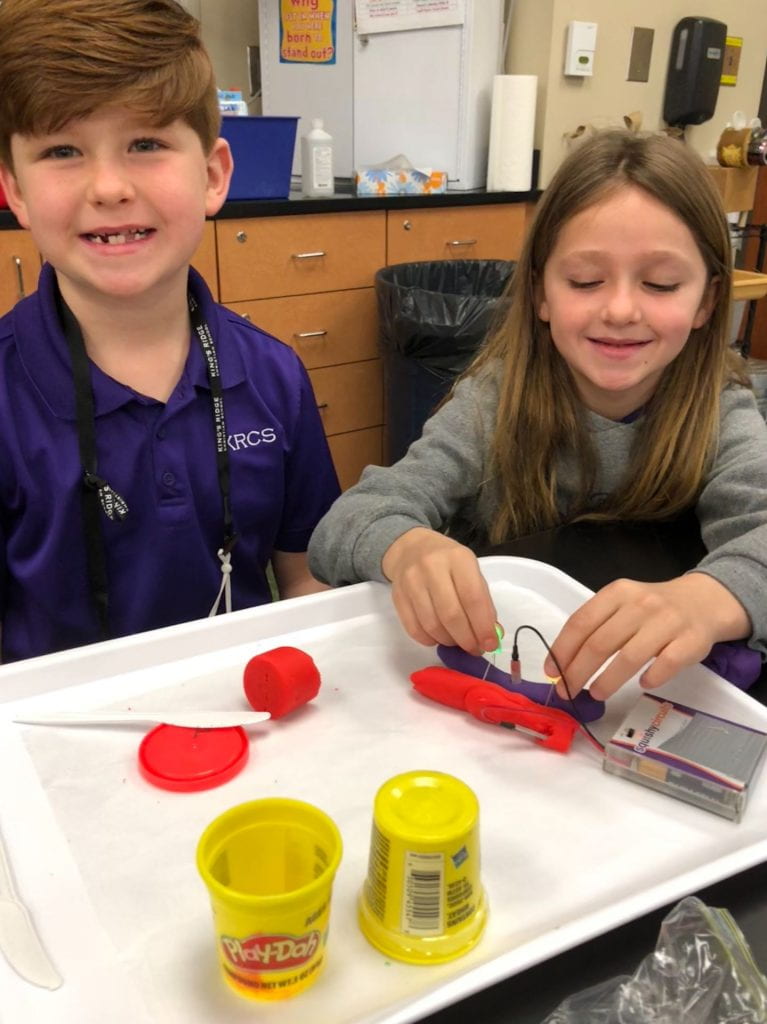 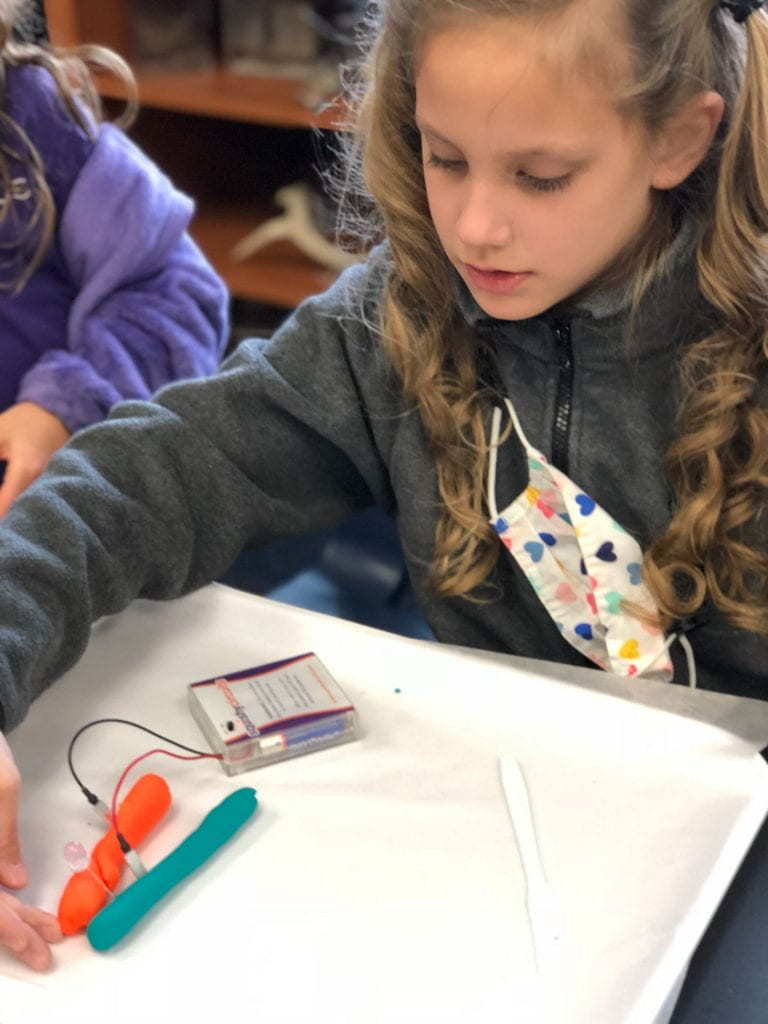 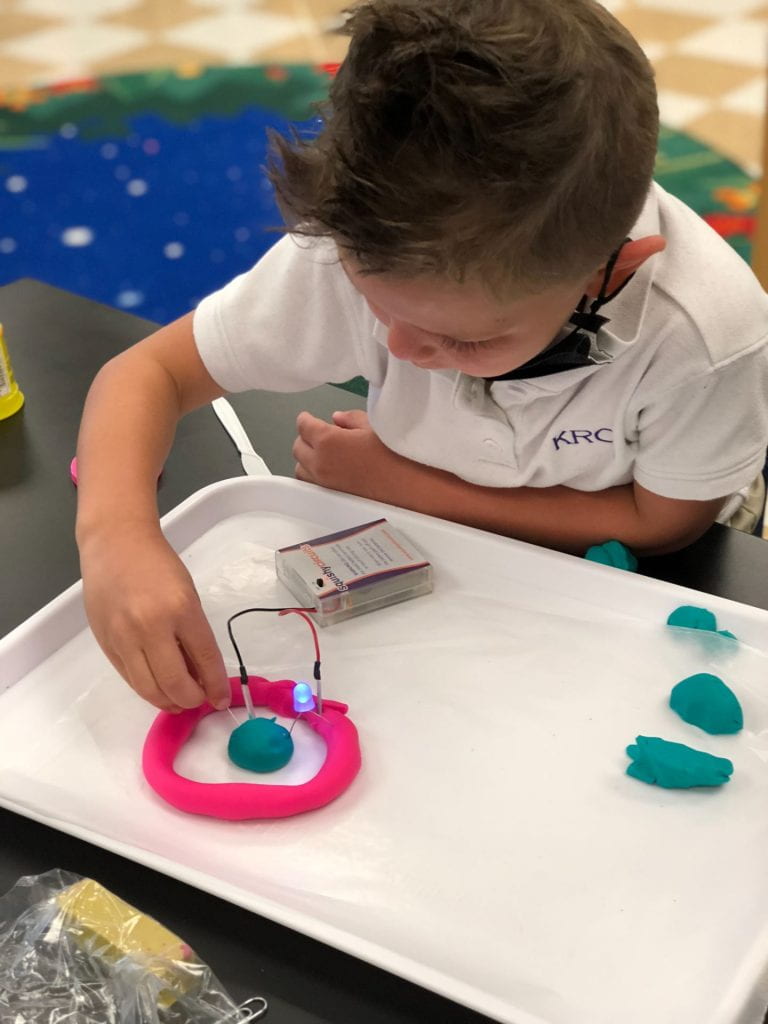 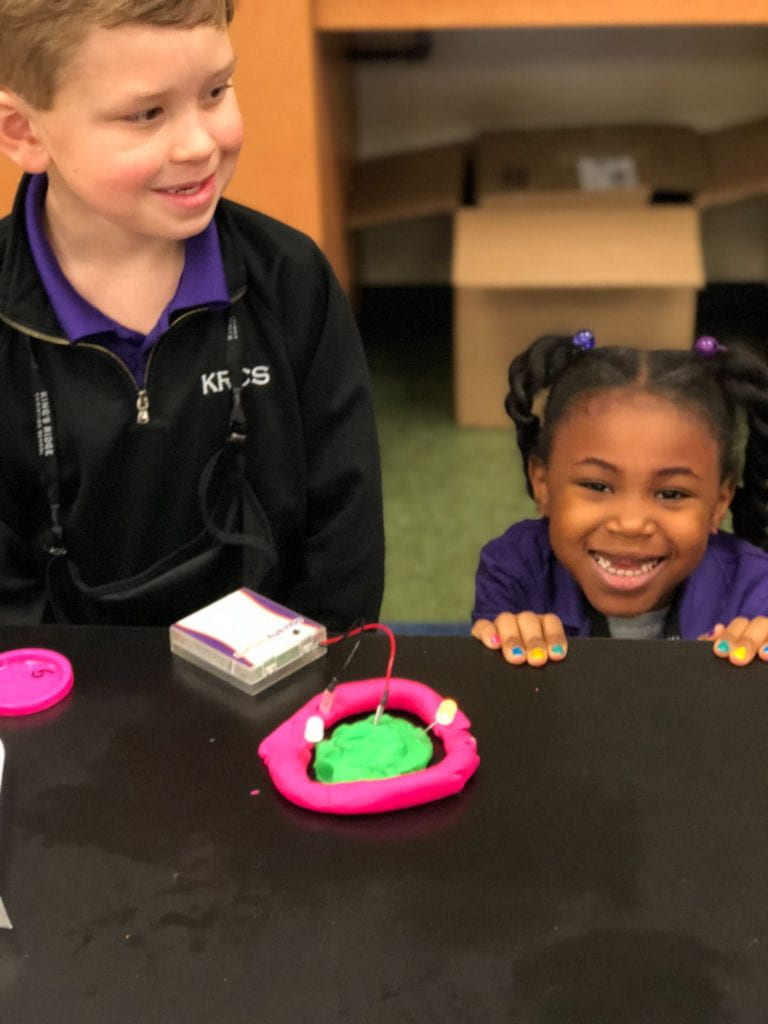 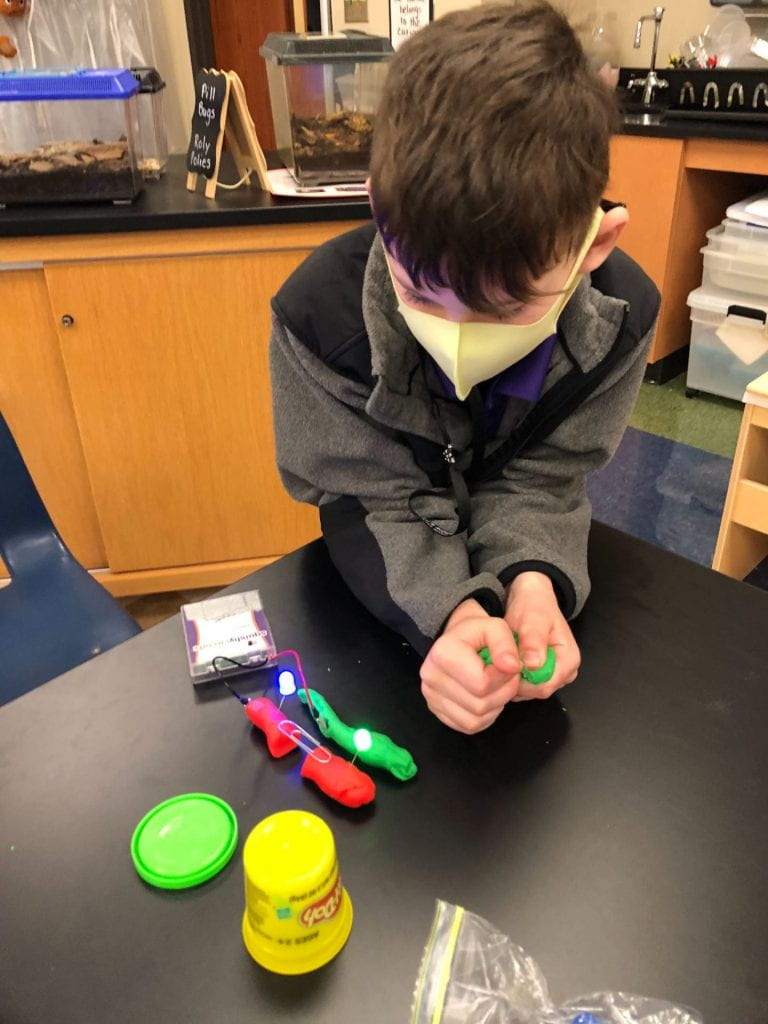 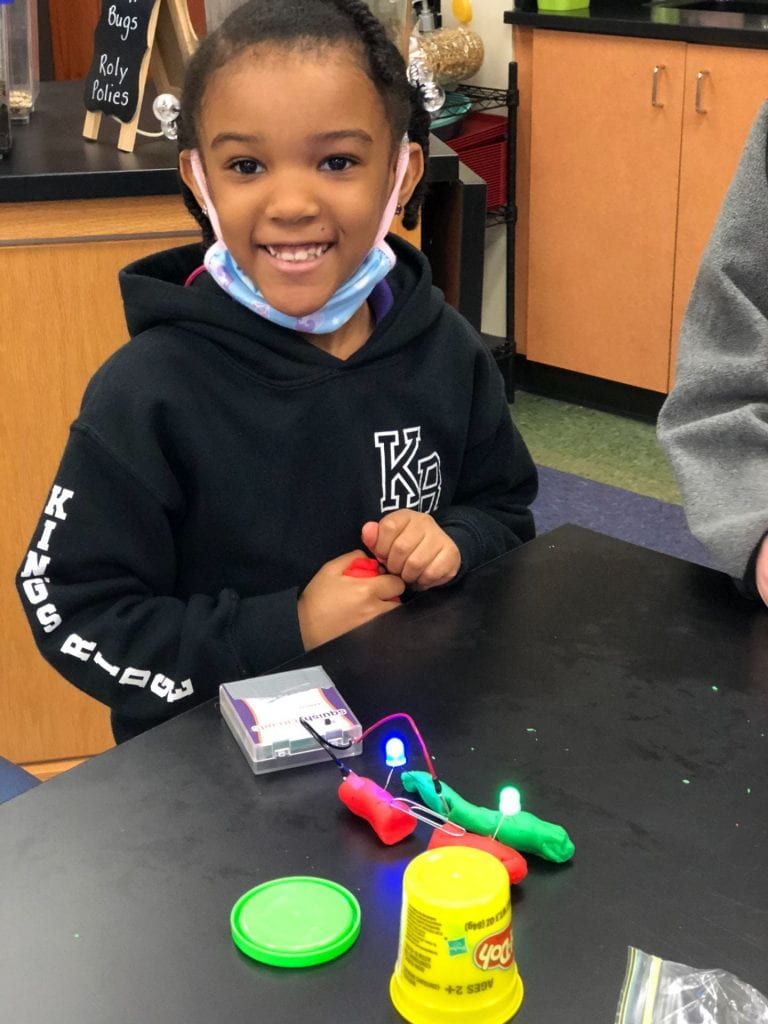 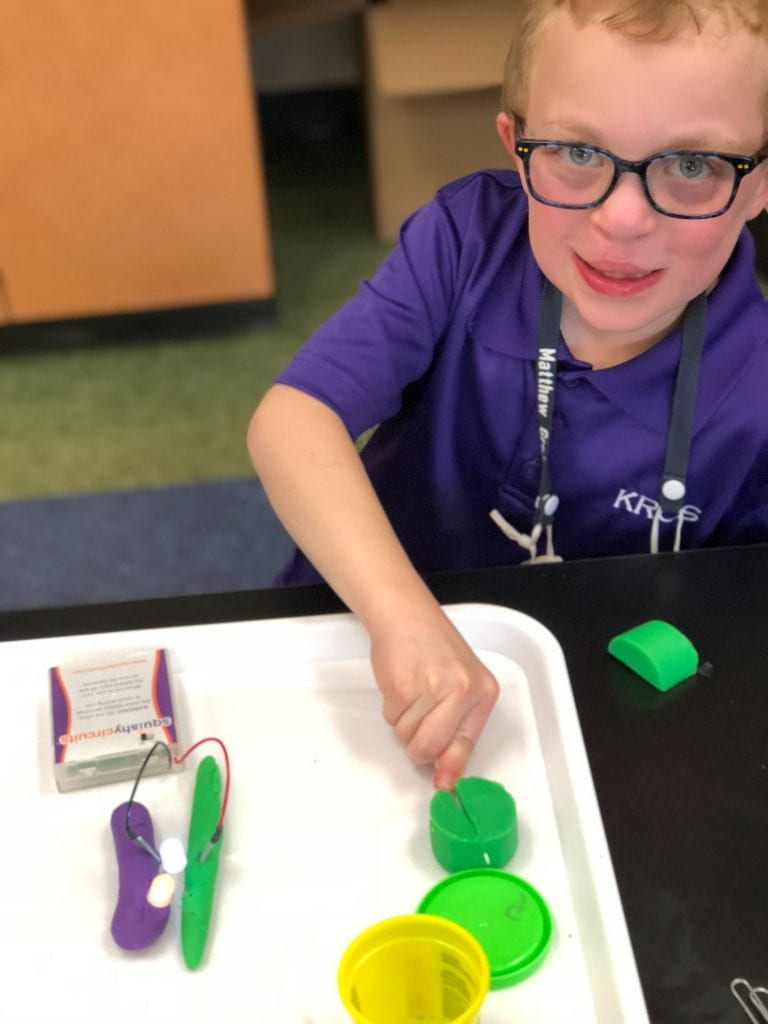 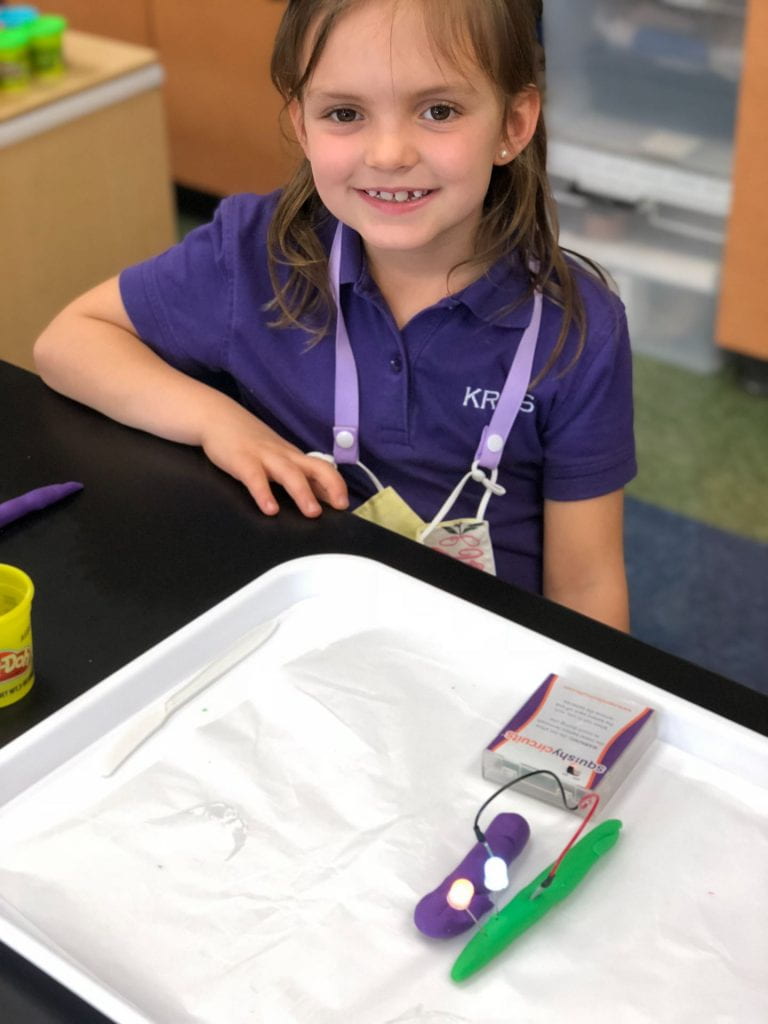 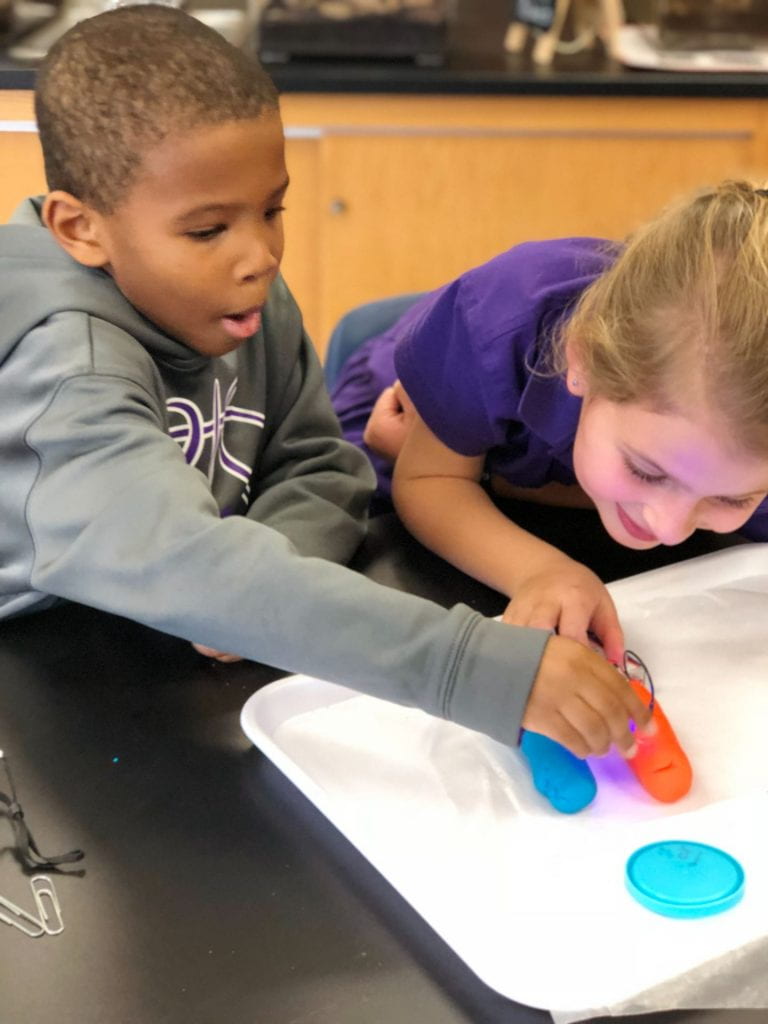 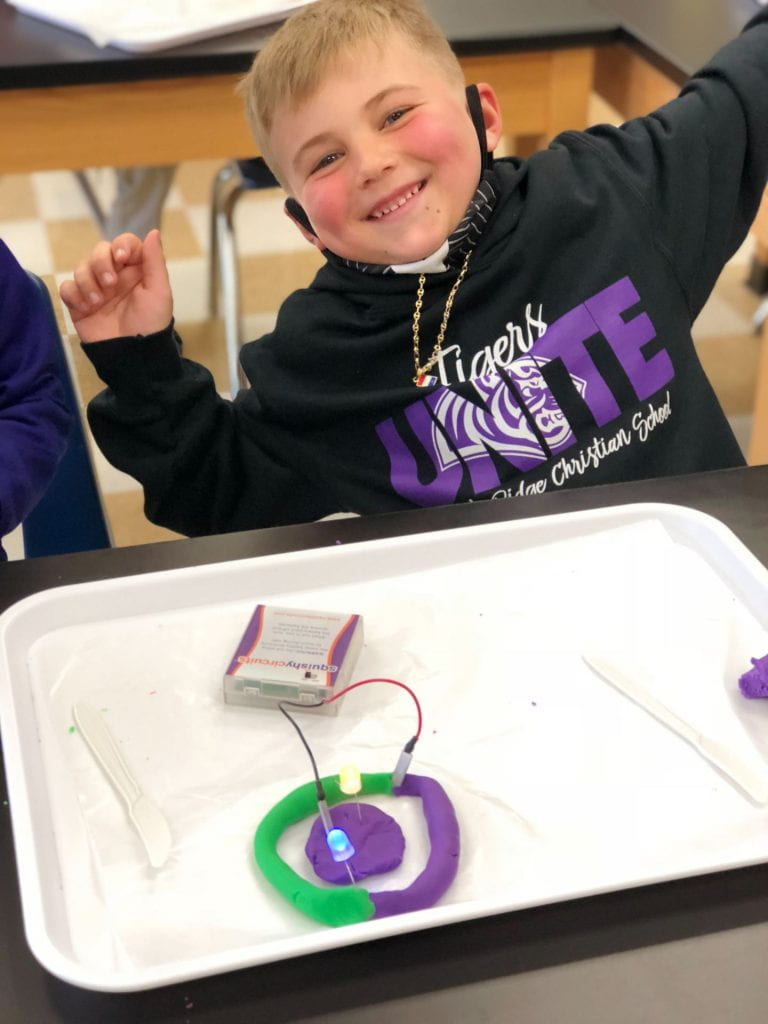 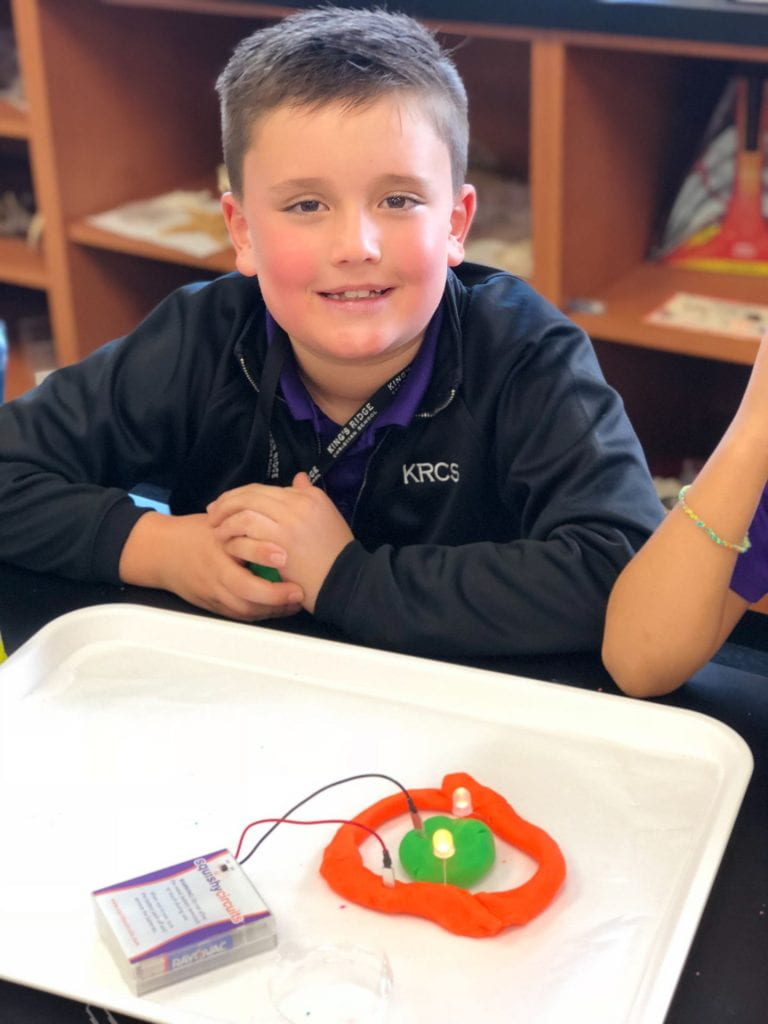 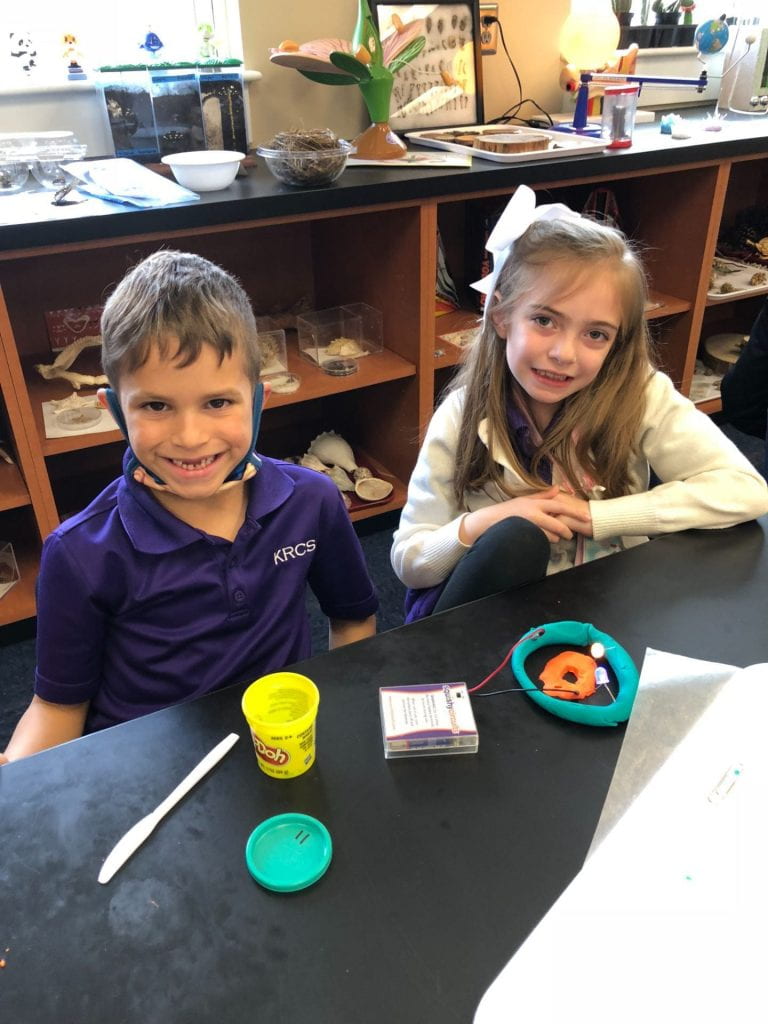