March is referred to as the windy month, so no better time to talk about air. Air is everywhere. We can’t see air, but air is a force that can push and pull. Wind is moving air. Thanks to the PreK teachers for grabbing some photos of last week’s fast paced introductory air lab. 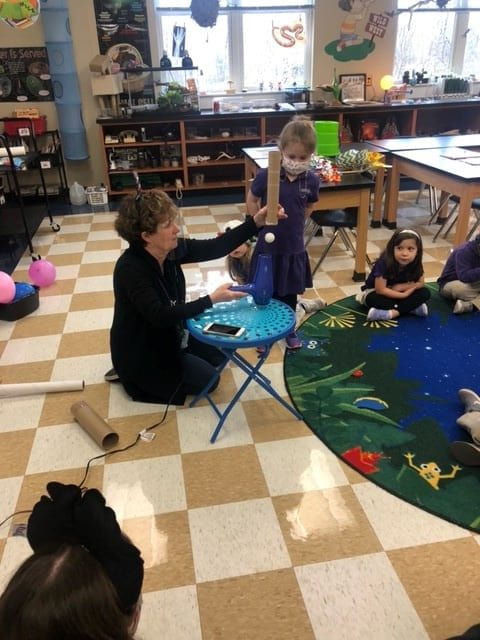 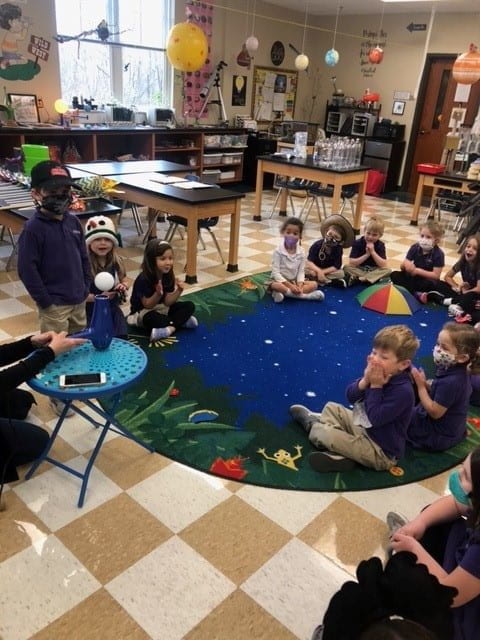 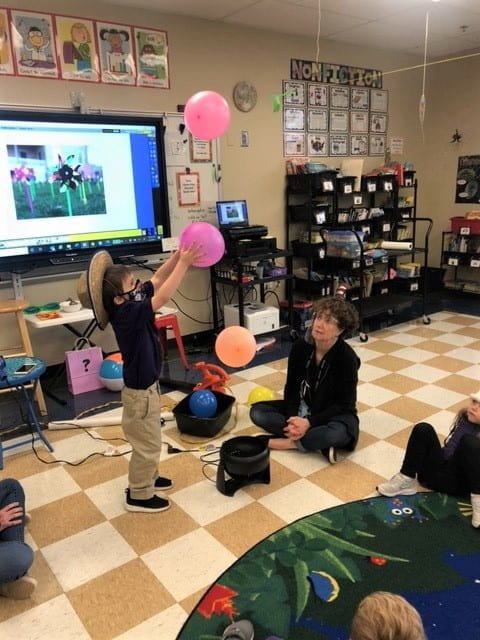 I shot plastic cups off the heads of my scientists with the air vortex cannon.

This week, we each drew a face on a glove and placed it over a cup that had a straw in the side of it. When we blew into the side of the cup, we pushed the glove open, but when we sucked in, the glove pulled inside the cup. Why was there condensation inside our cups? Then someone discovered that you could pinch the straw to keep the air inside and it was possible to blow air inside the cup without the straw. Oh no, there was a hole in one of the gloves, and it would no longer fill with air. Why? What a fun way to see that air takes up space! 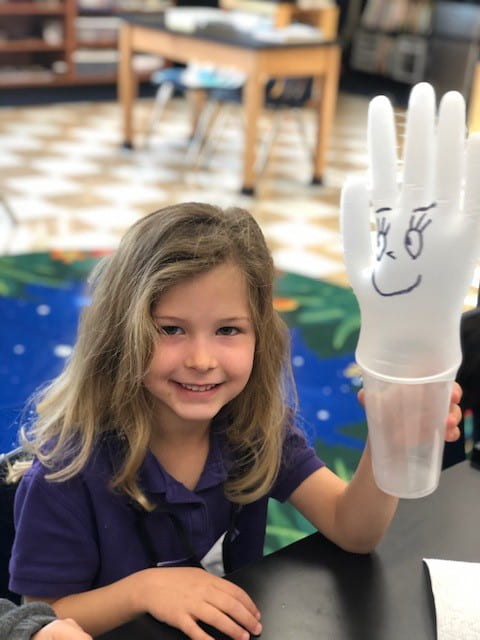 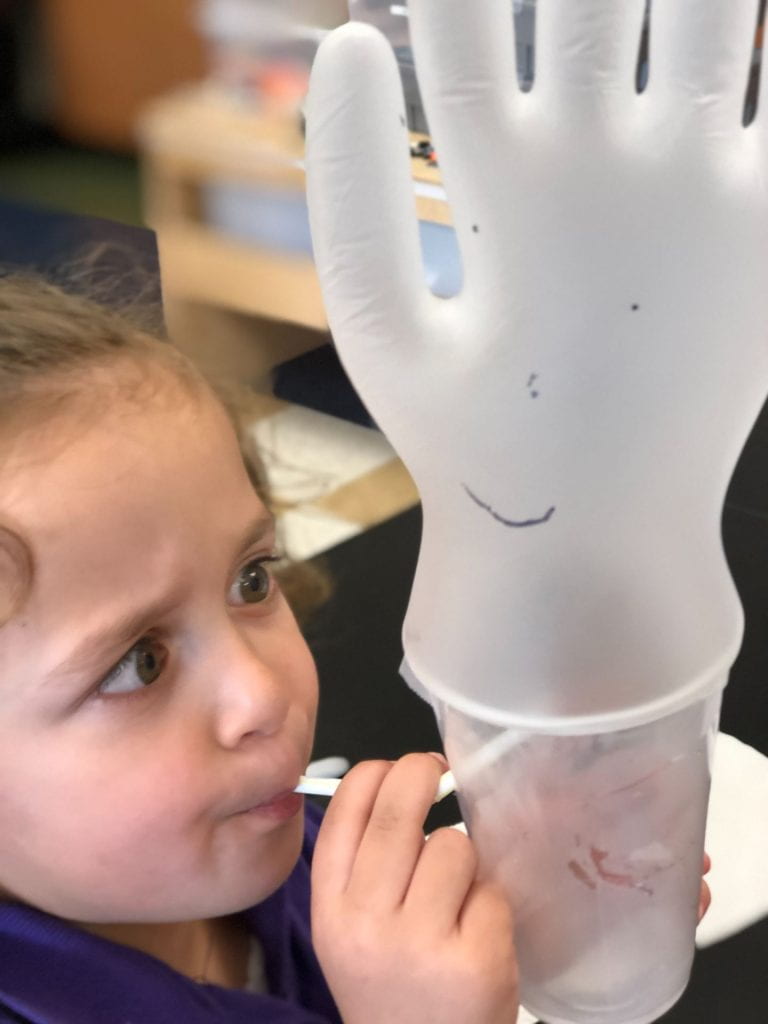 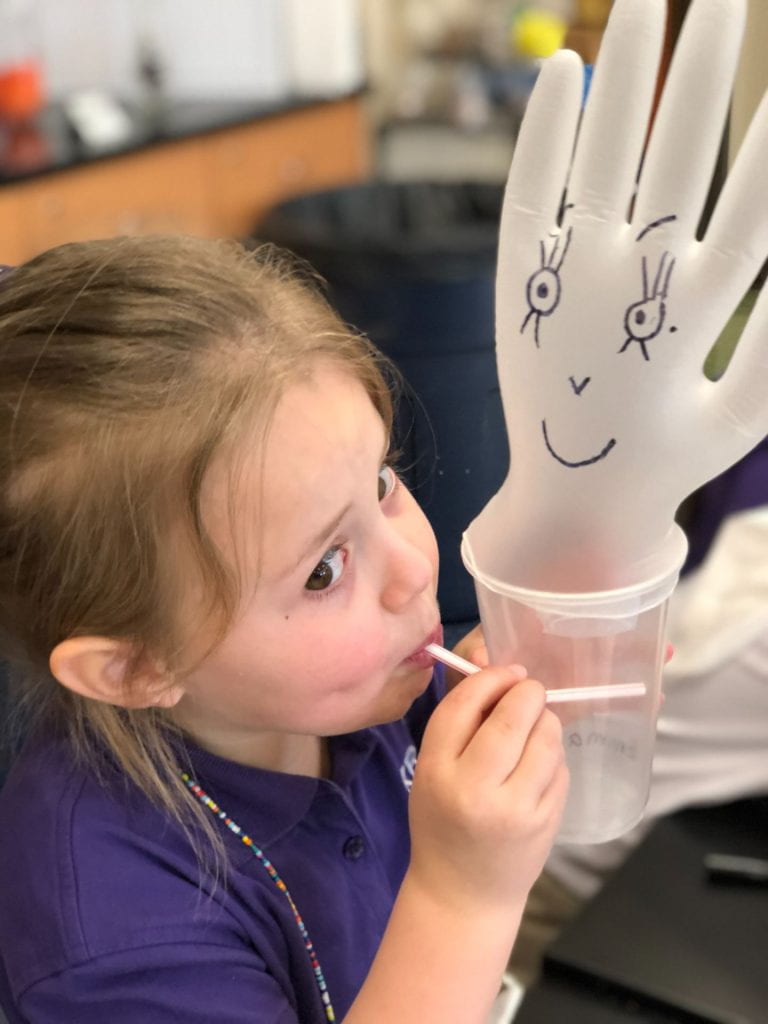 I cut both ends off  a water bottle and placed a glove on one side. When we placed the cylinder inside the water, the glove inflated. How did that happen? Where did the air come from that filled the glove? 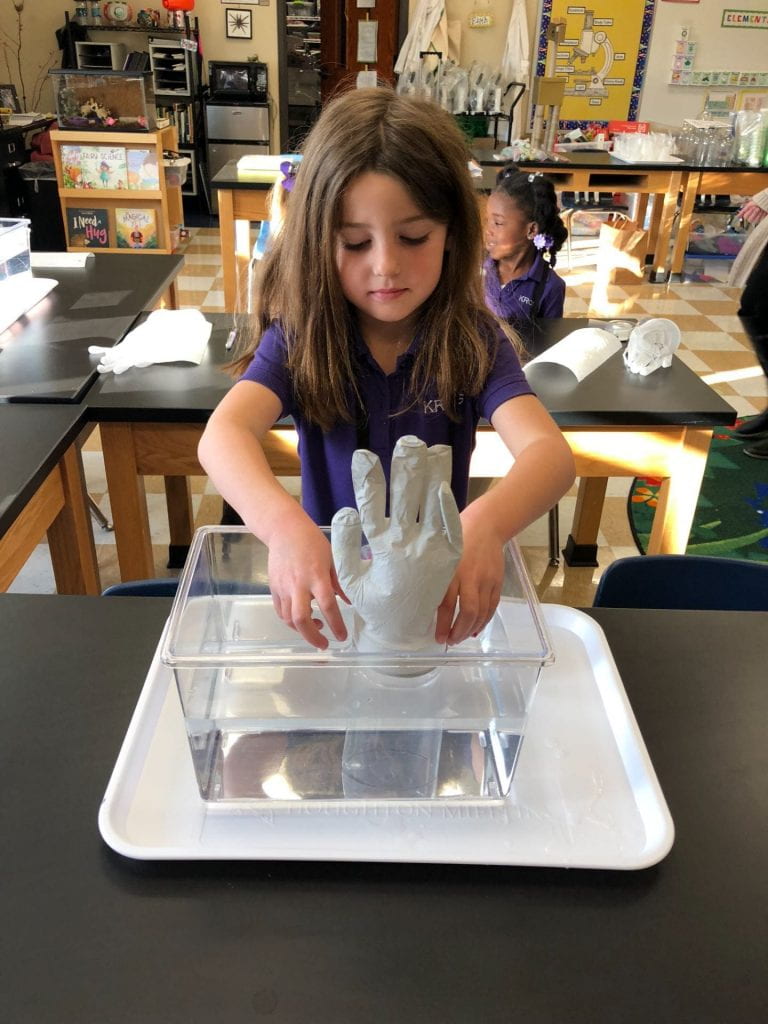 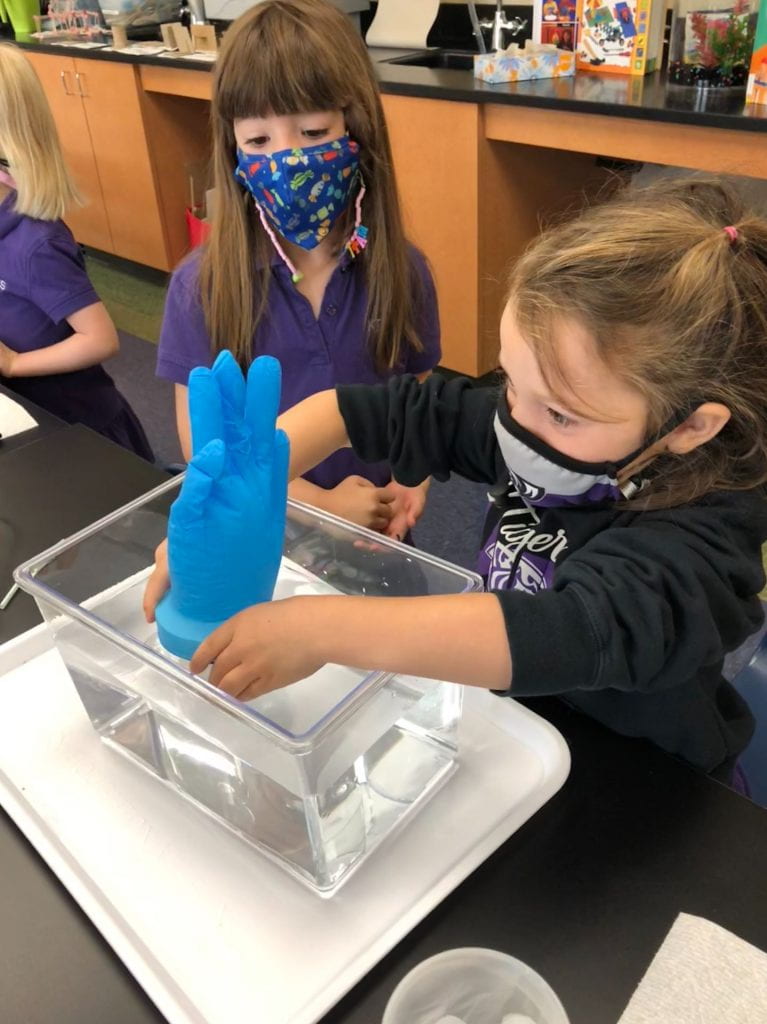 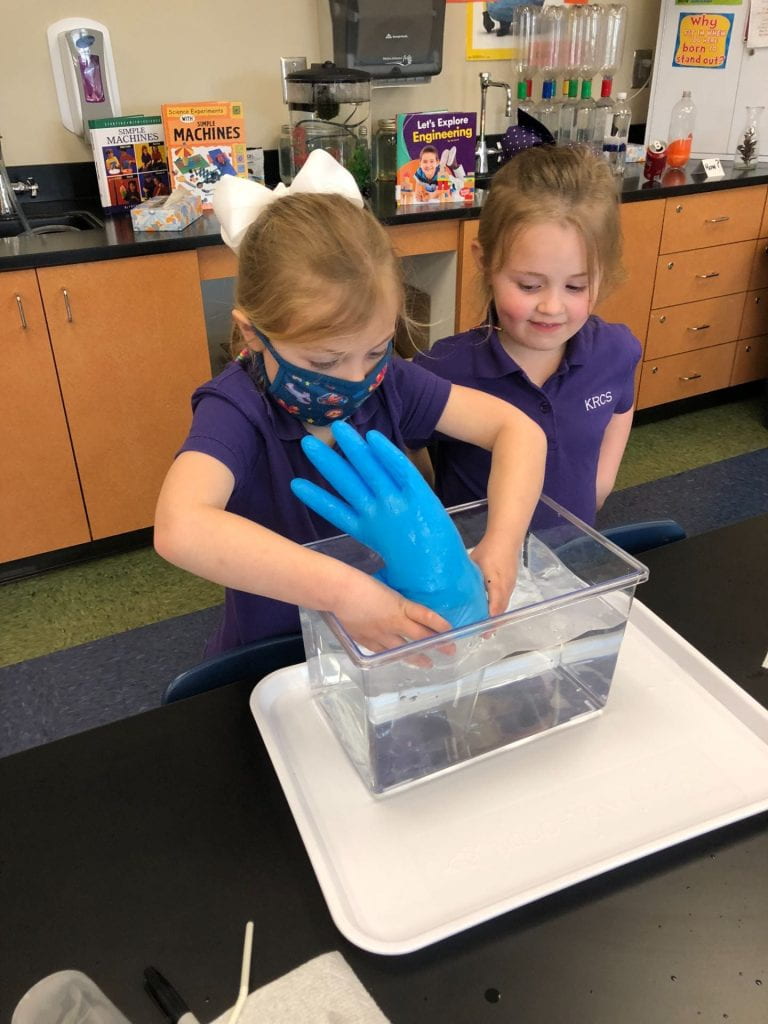 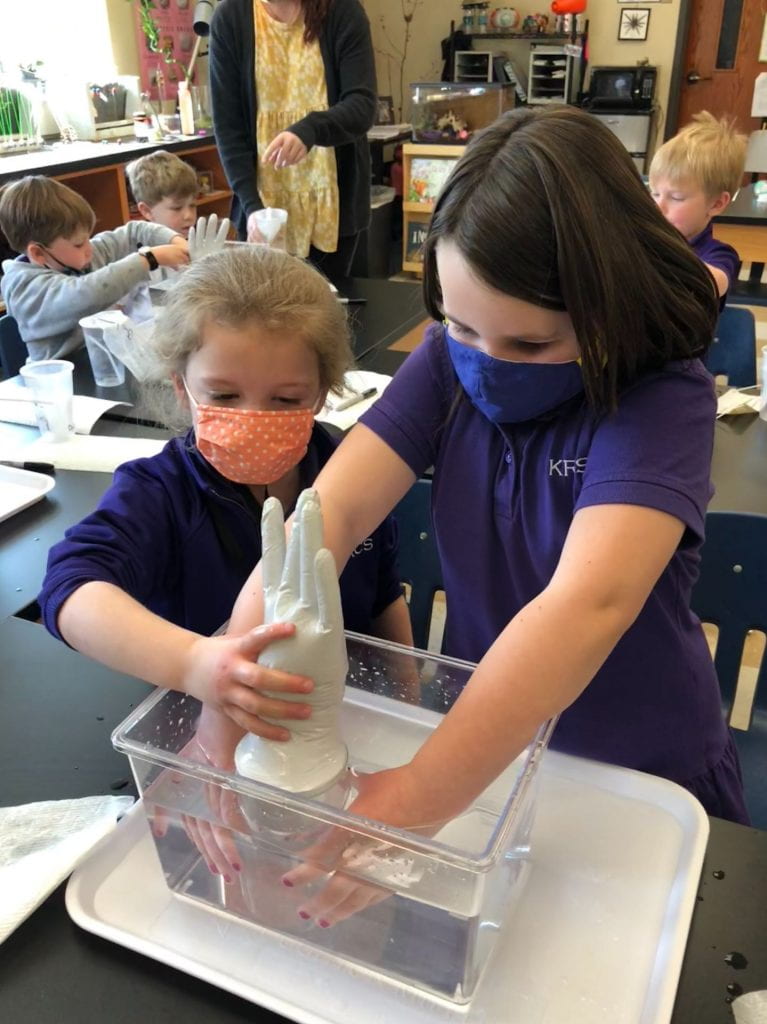 I came across this fun investigation. How did I place this inflated glove inside the bottle? 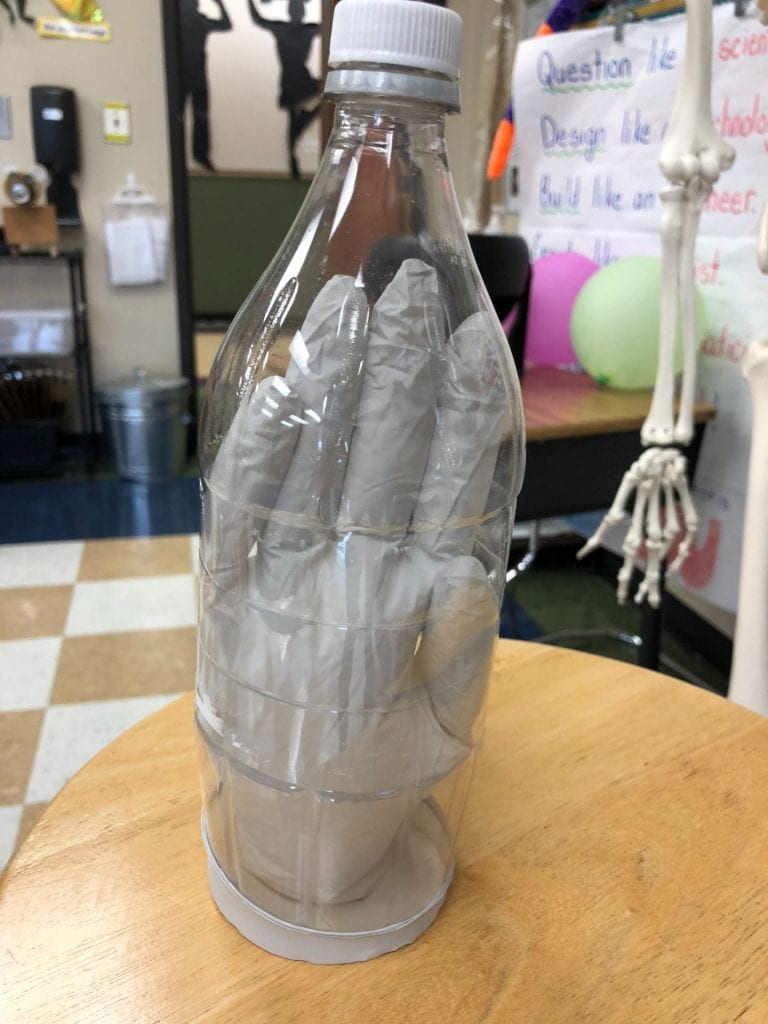