First grade scientists learned that matter is made up of atoms that are too small to see. An atom has a nucleus in the center and electrons that orbit it. Through friction, electrons can be rubbed off. Static electricity is the imbalance of positive and negative charges. 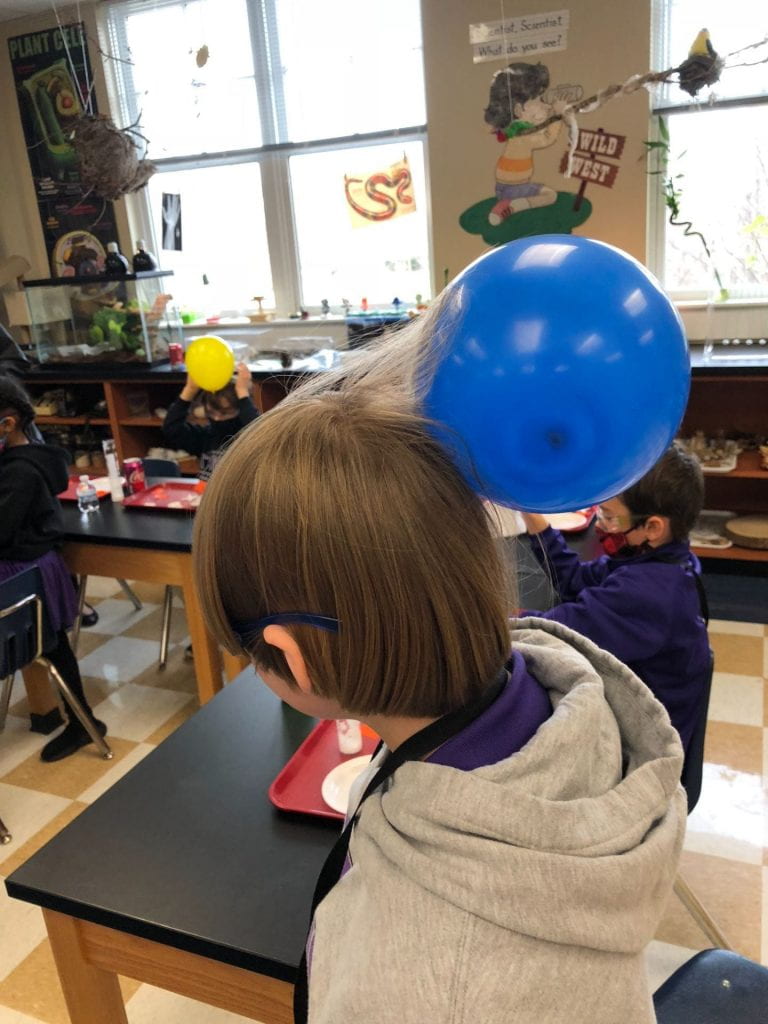 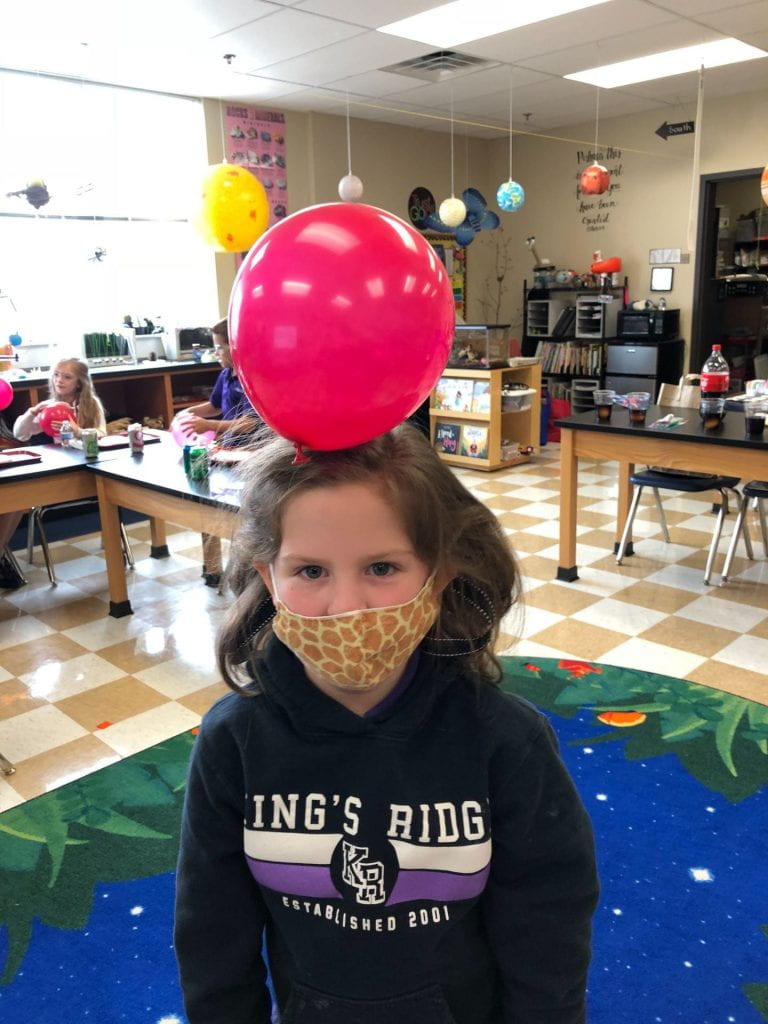 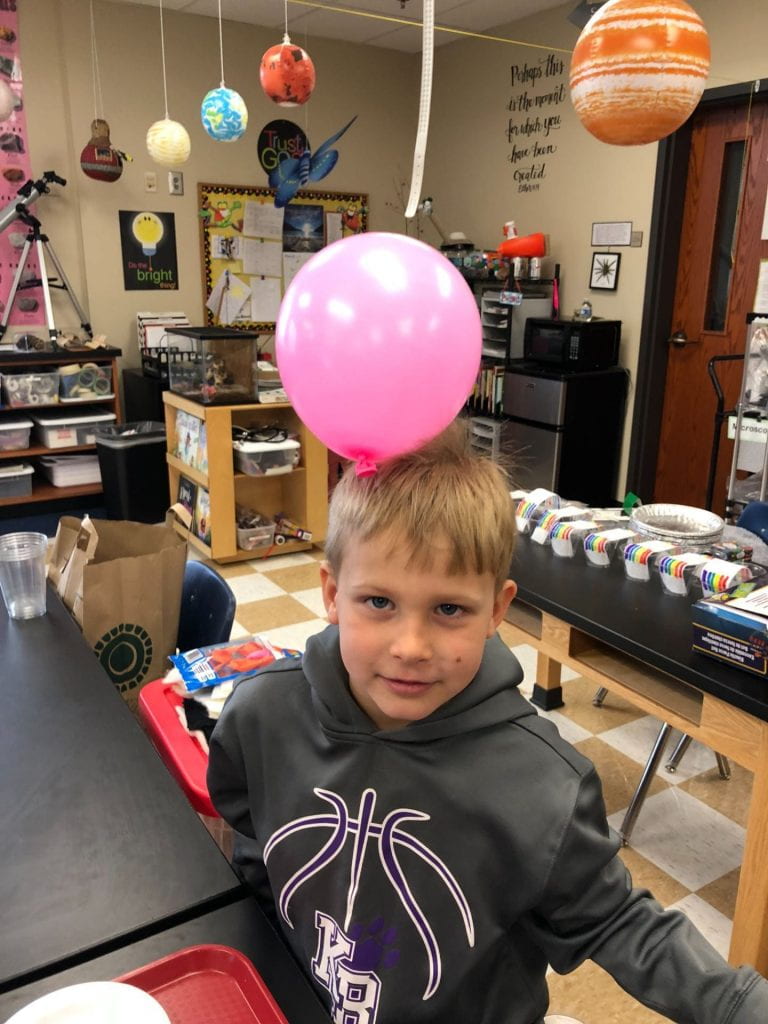 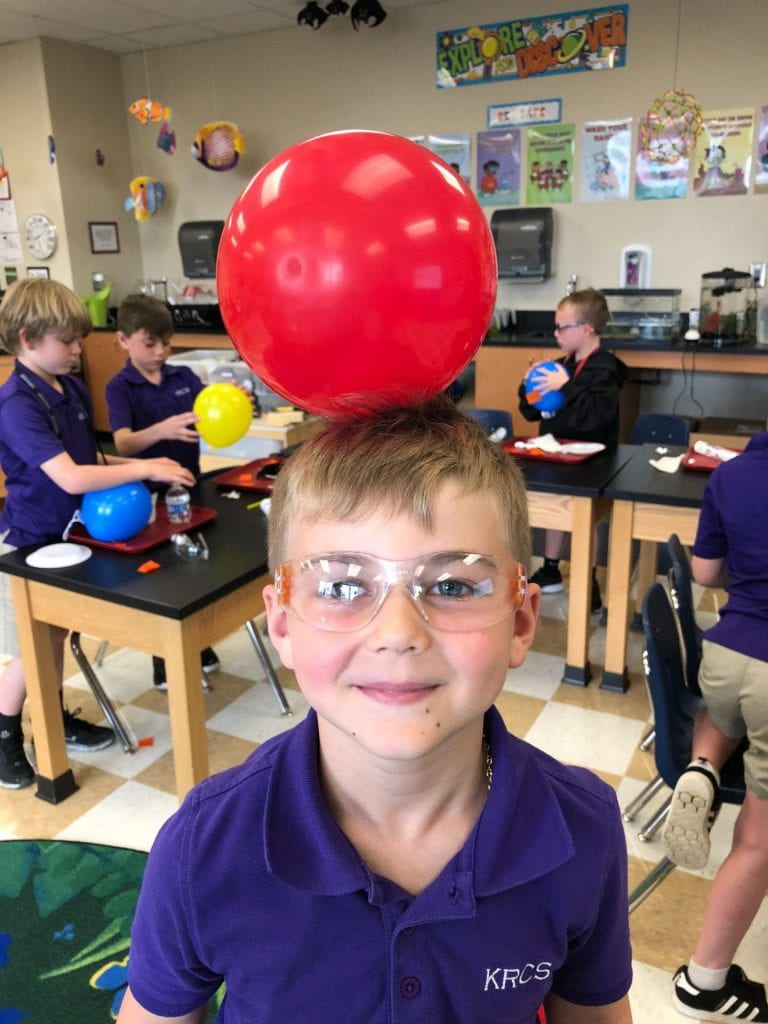 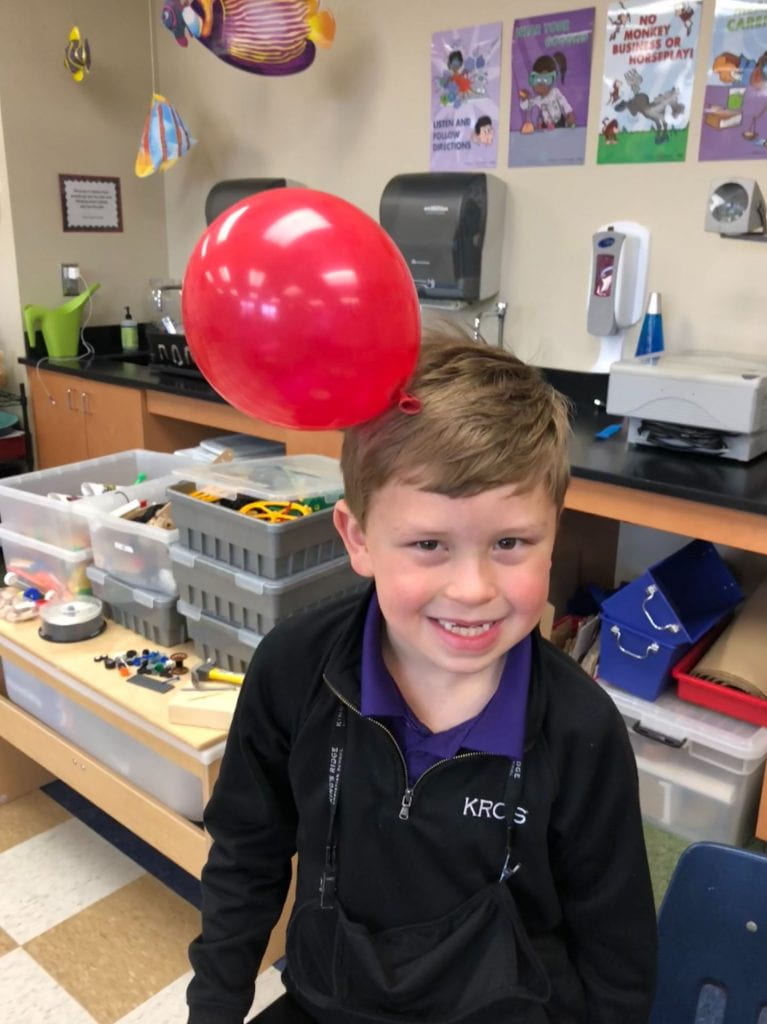 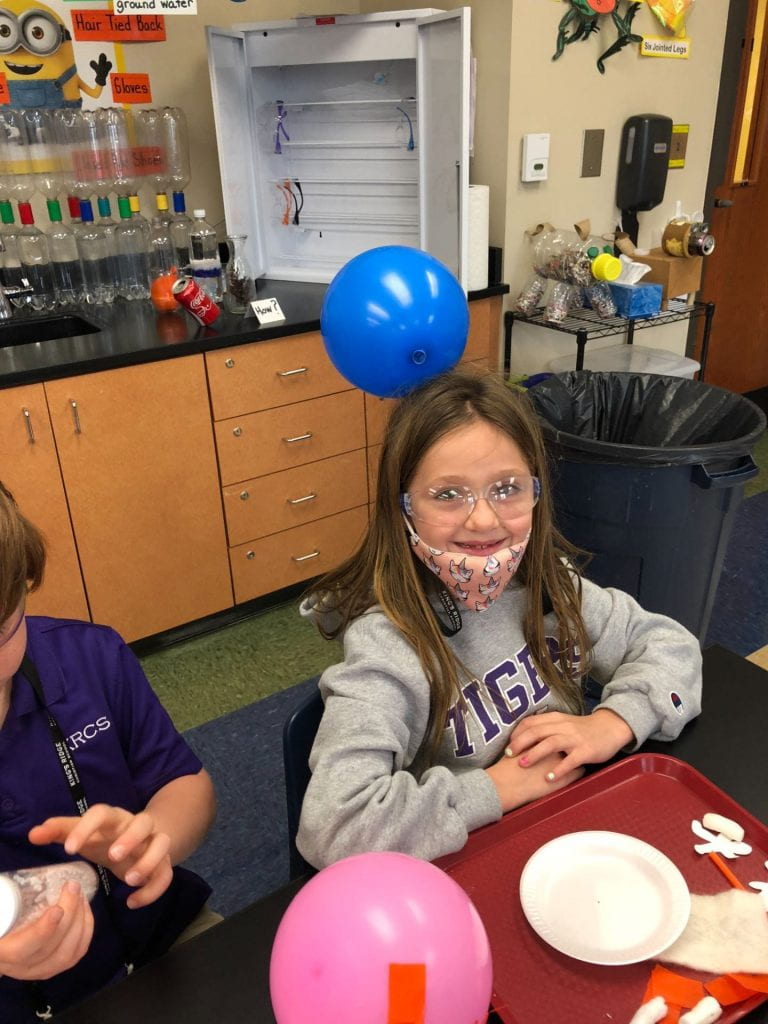 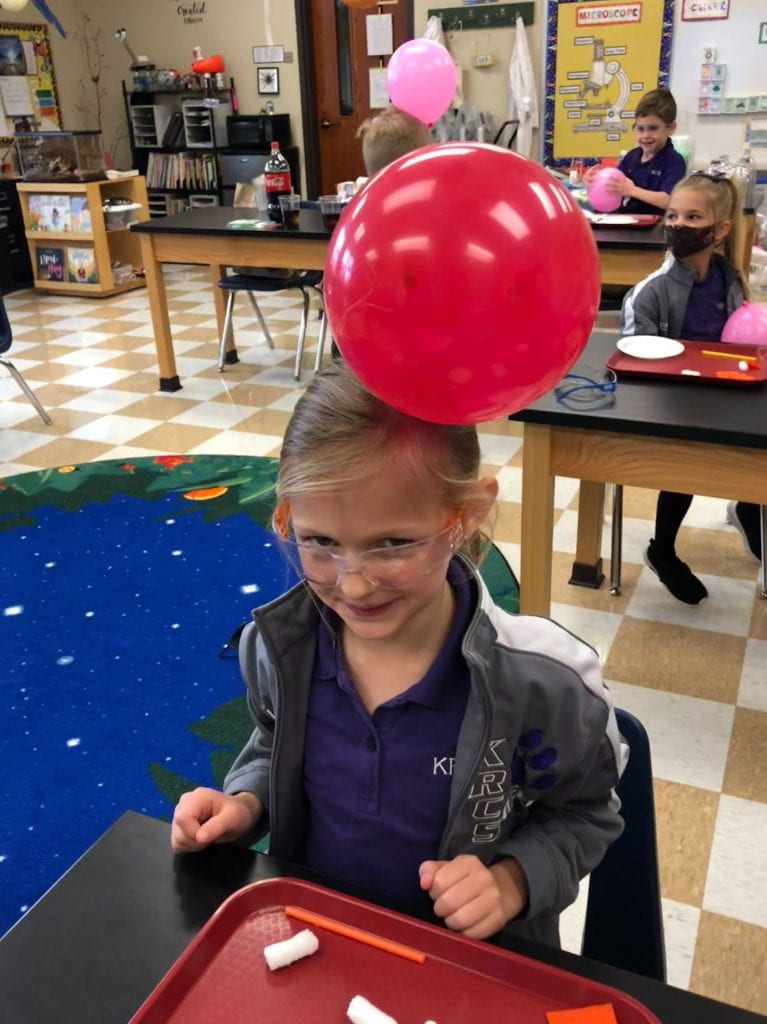 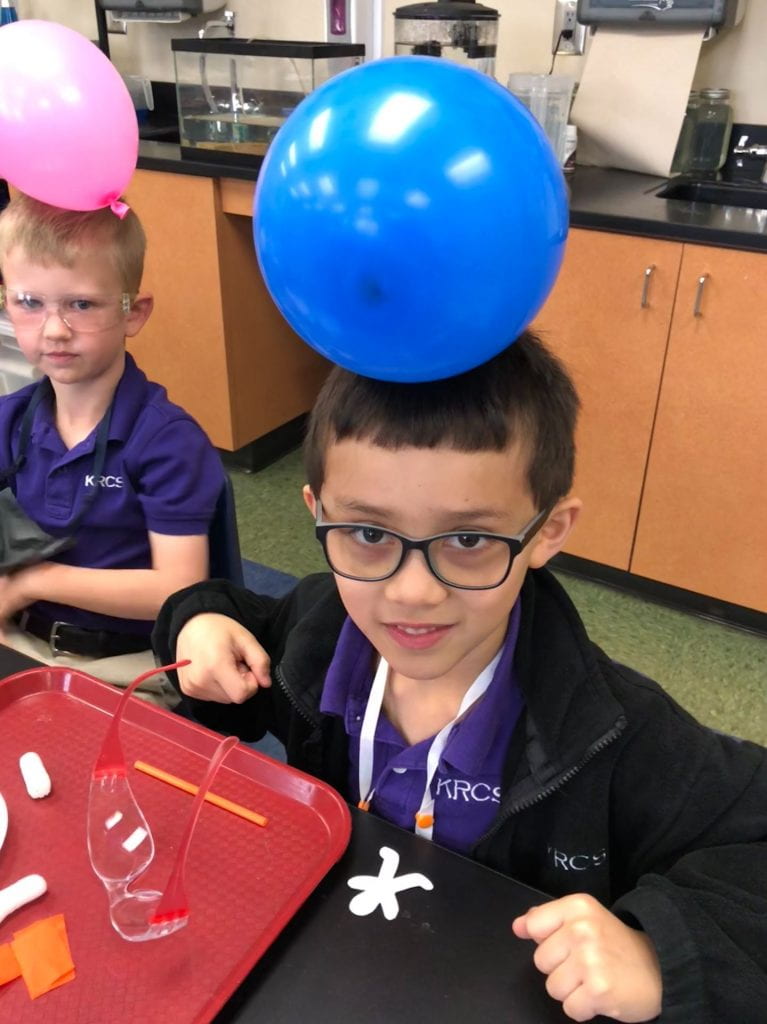 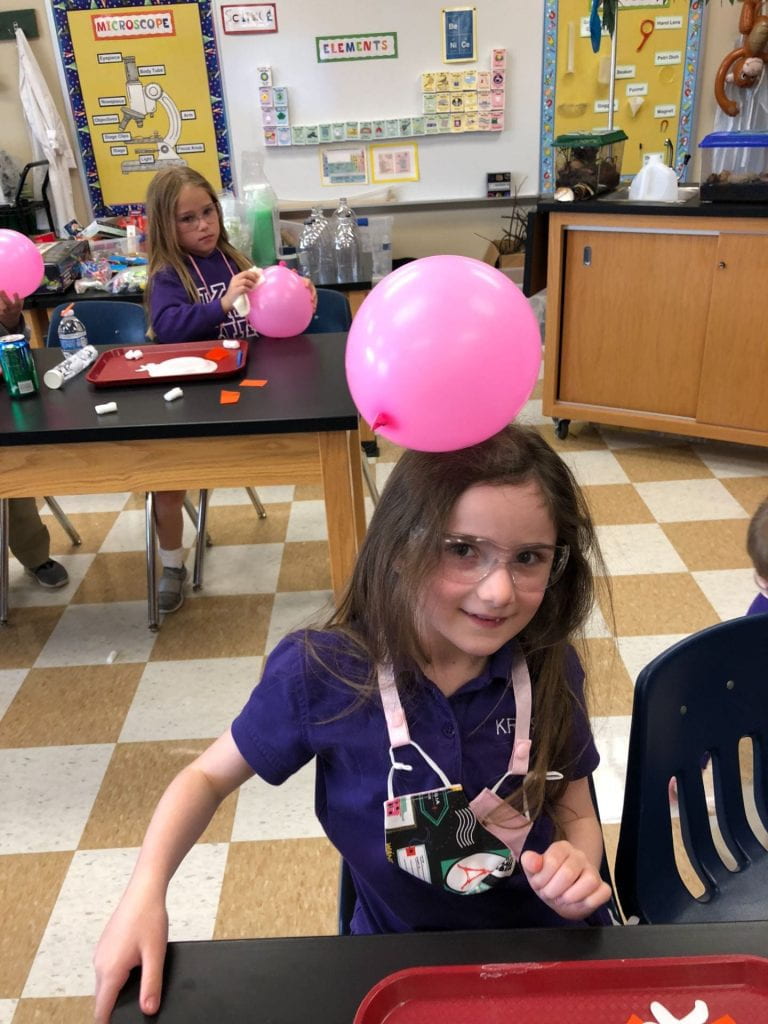 We used static electricity to make this little man stand and dance. 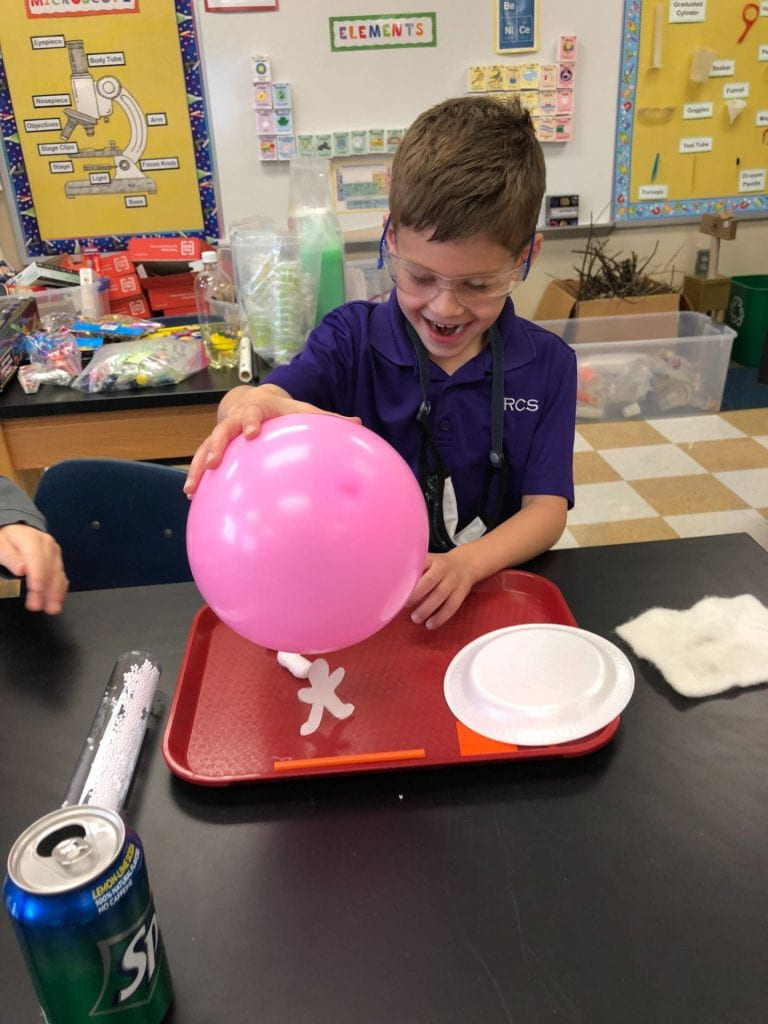 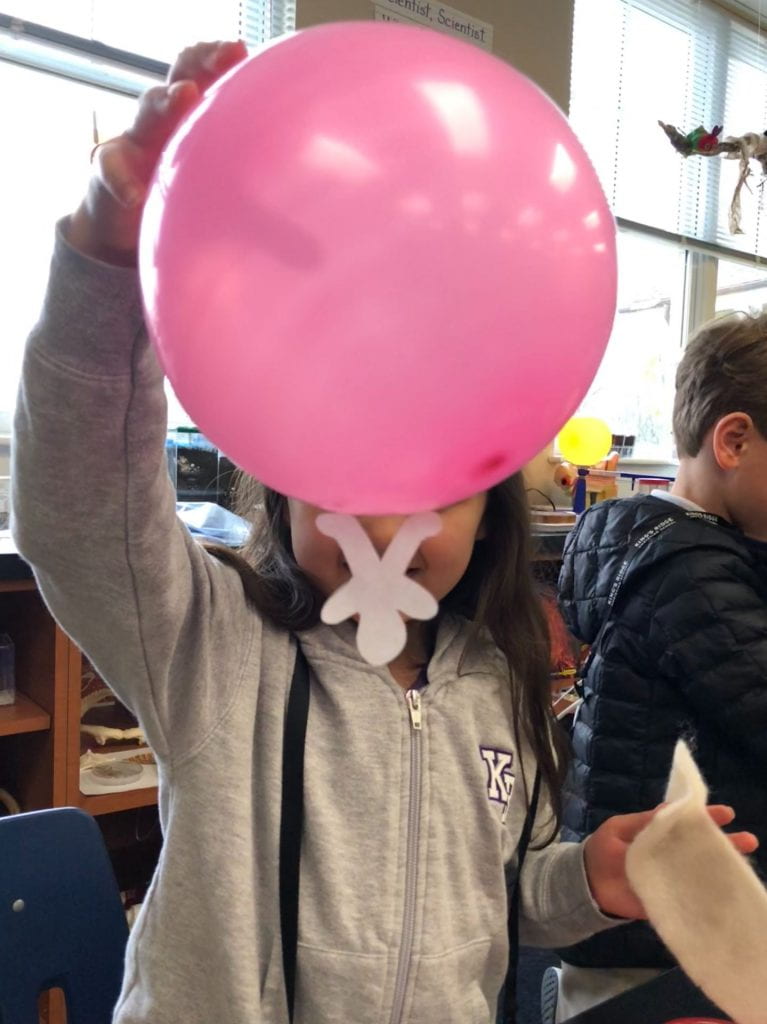 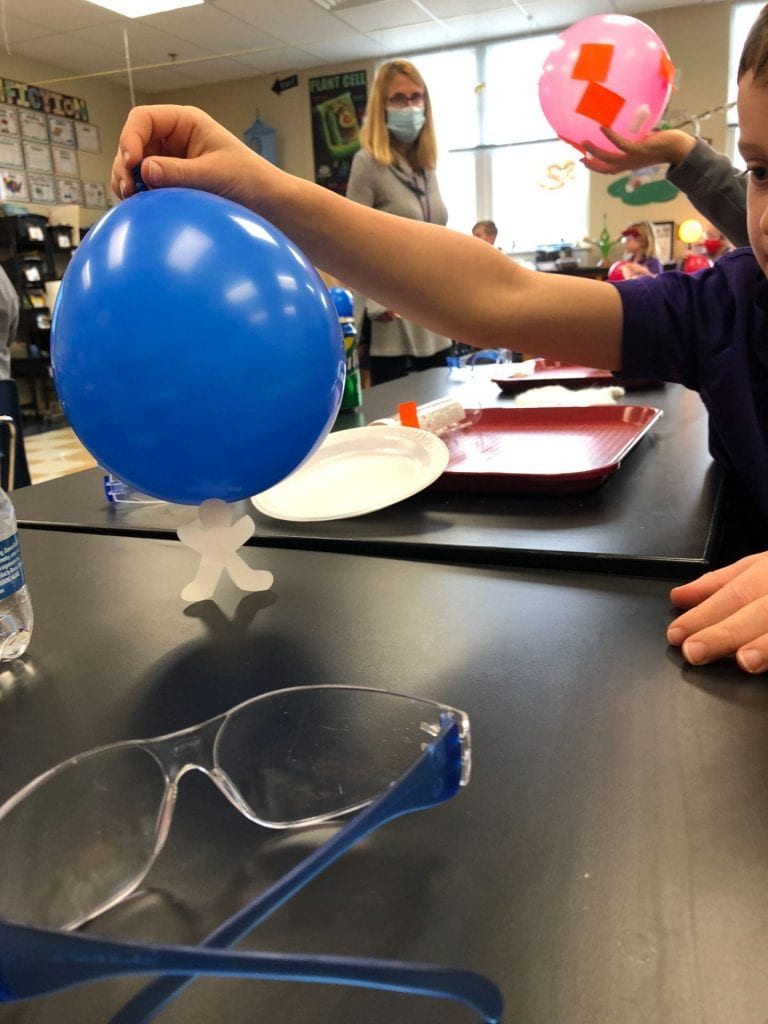 Can you pick up a plate or tissue paper using the force of static electricity? 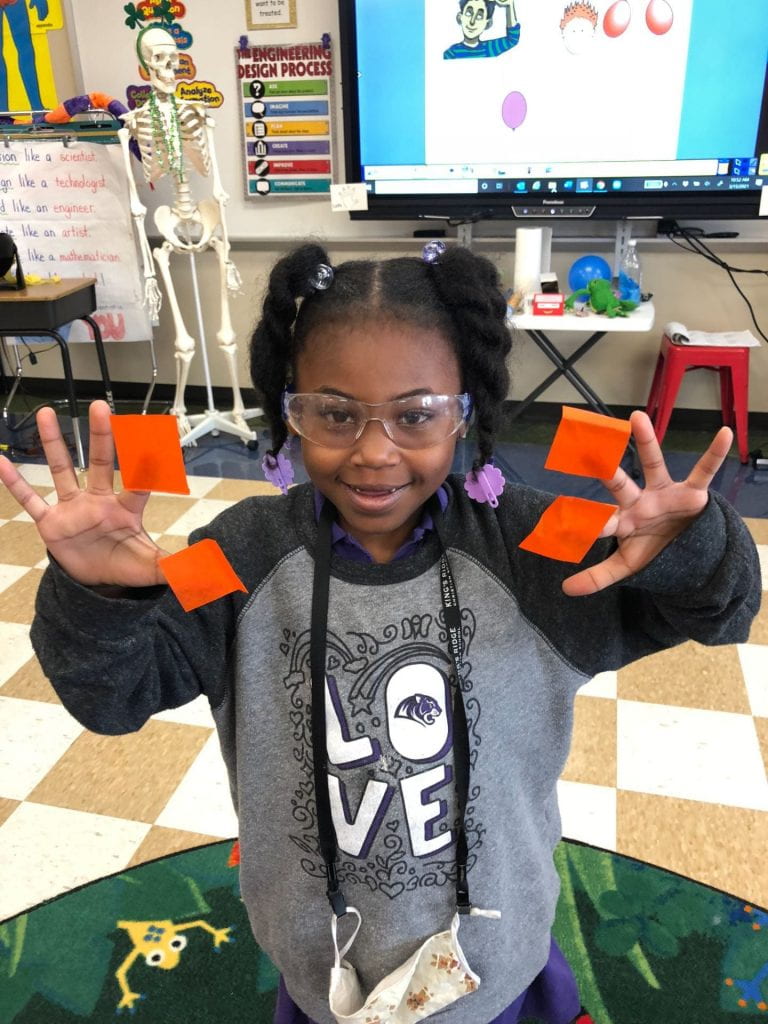 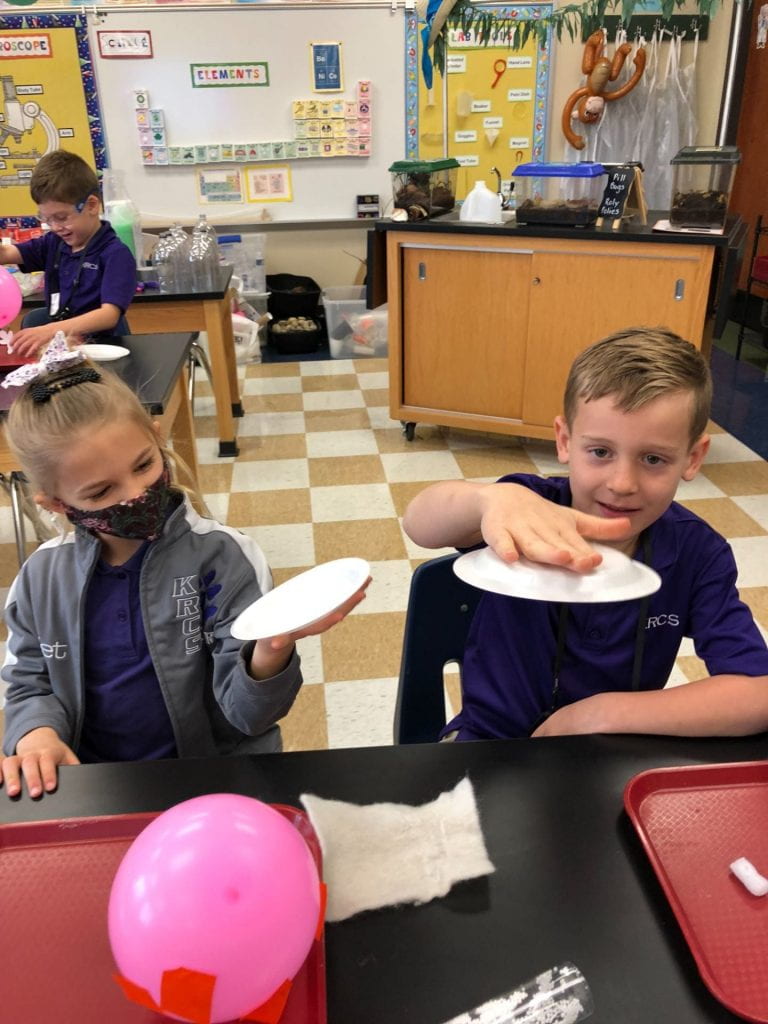 Can you make a can move across the floor and a straw rotate on top of a water bottle without touching them?  Click here to learn more. 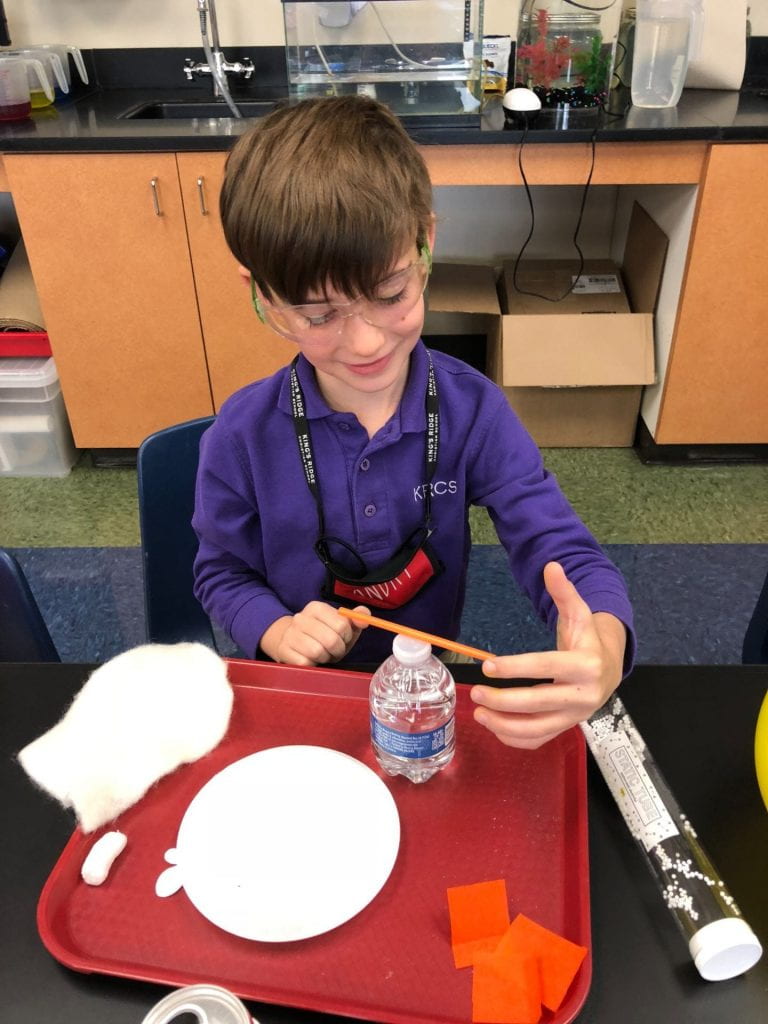 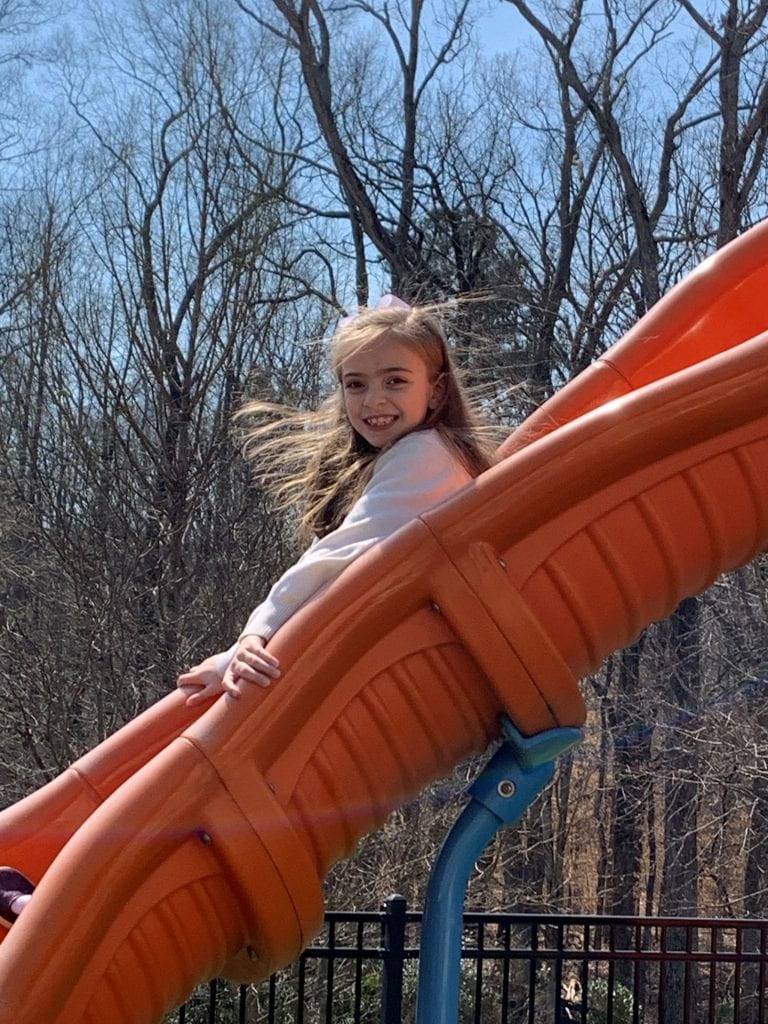