My fourth grade students were asked to design a parachute that would bring a load of their choice slowly and gently to the ground.

Engineers took this project through the Design Process:  Ask, Imagine, Plan, Create, Test, and Improve. They made the following design choices:

They also had to choose a way to attach (such as tie, staple, or tape) the suspension lines to the canopy and load.

We compared the parachutes, explained and supported design choices, and discussed how problems were resolved.

As we dropped the parachutes from the second floor landing in the rotunda, classmates timed how long it took each parachute to fall approximately 18 feet. 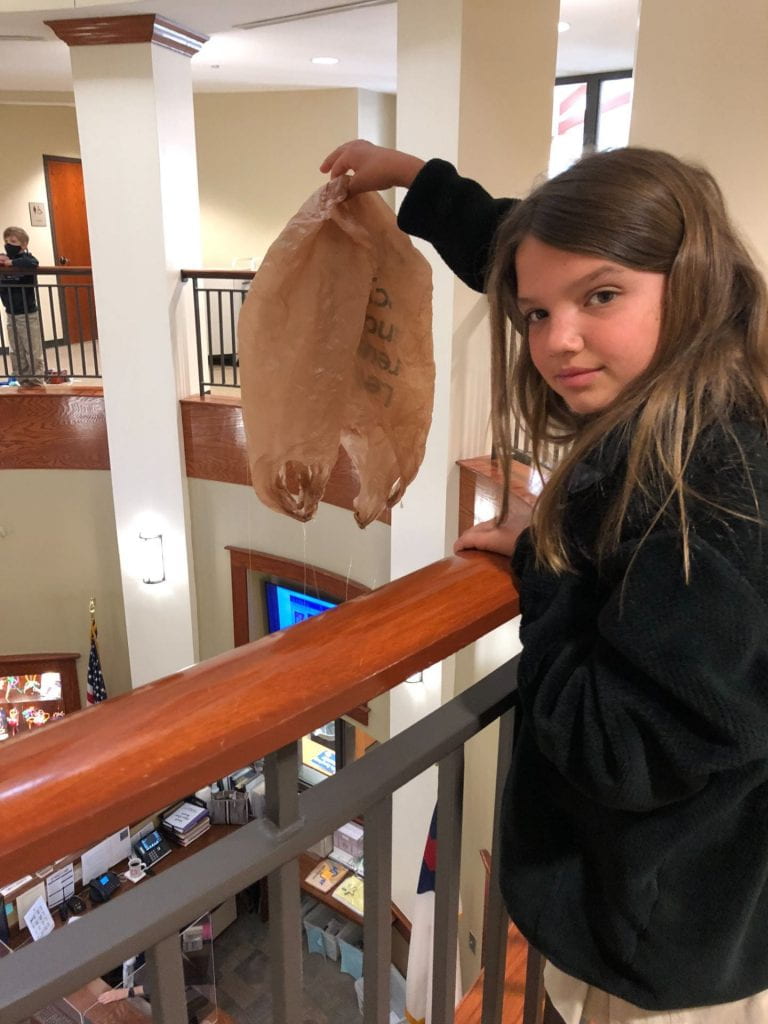 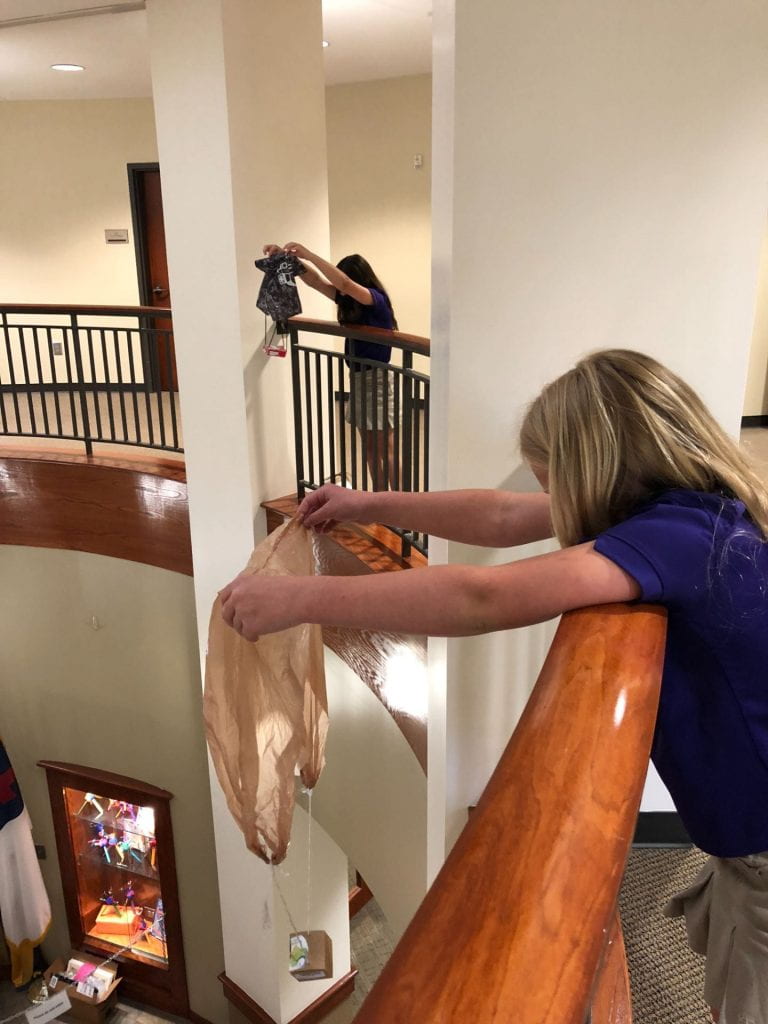 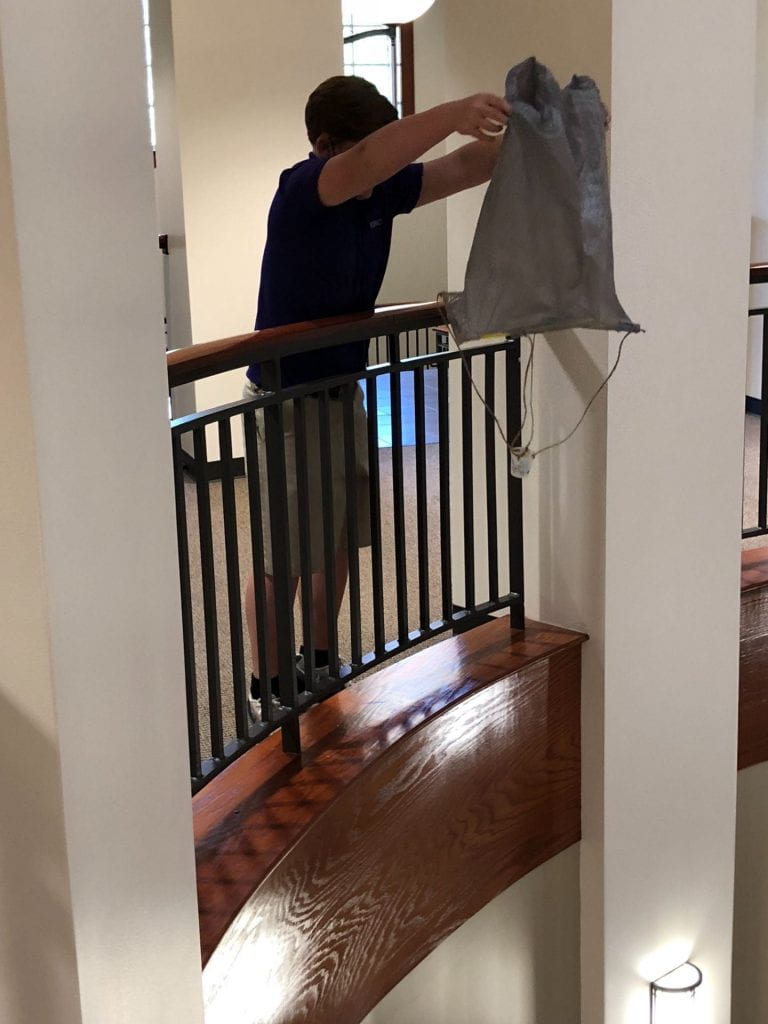 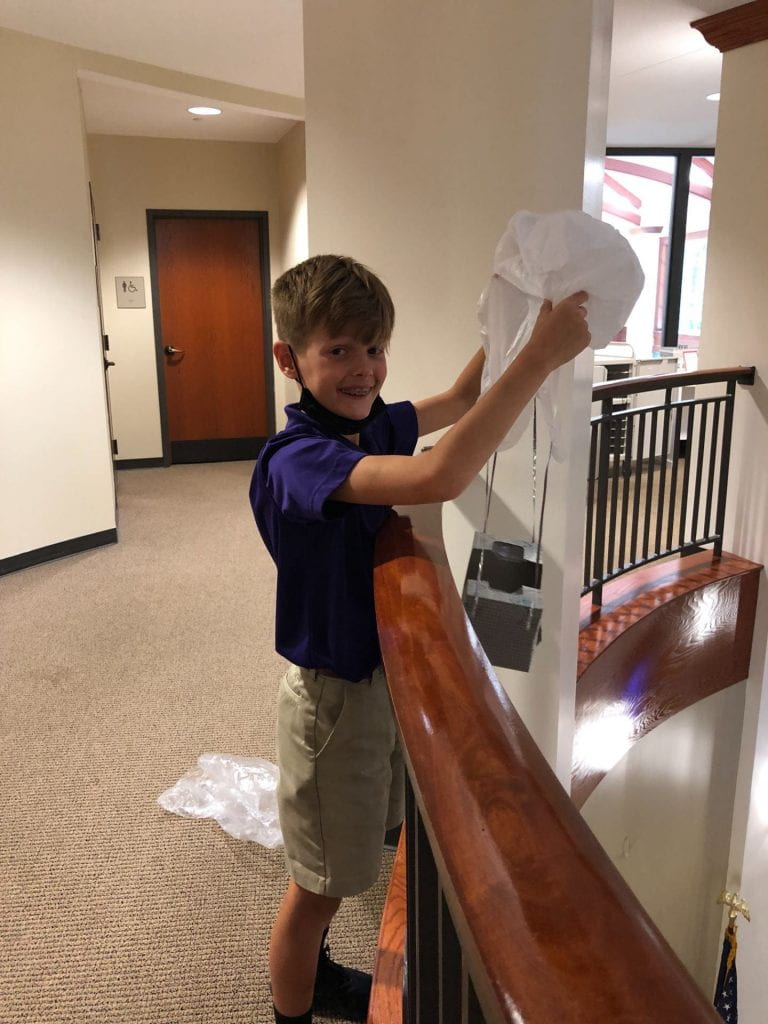 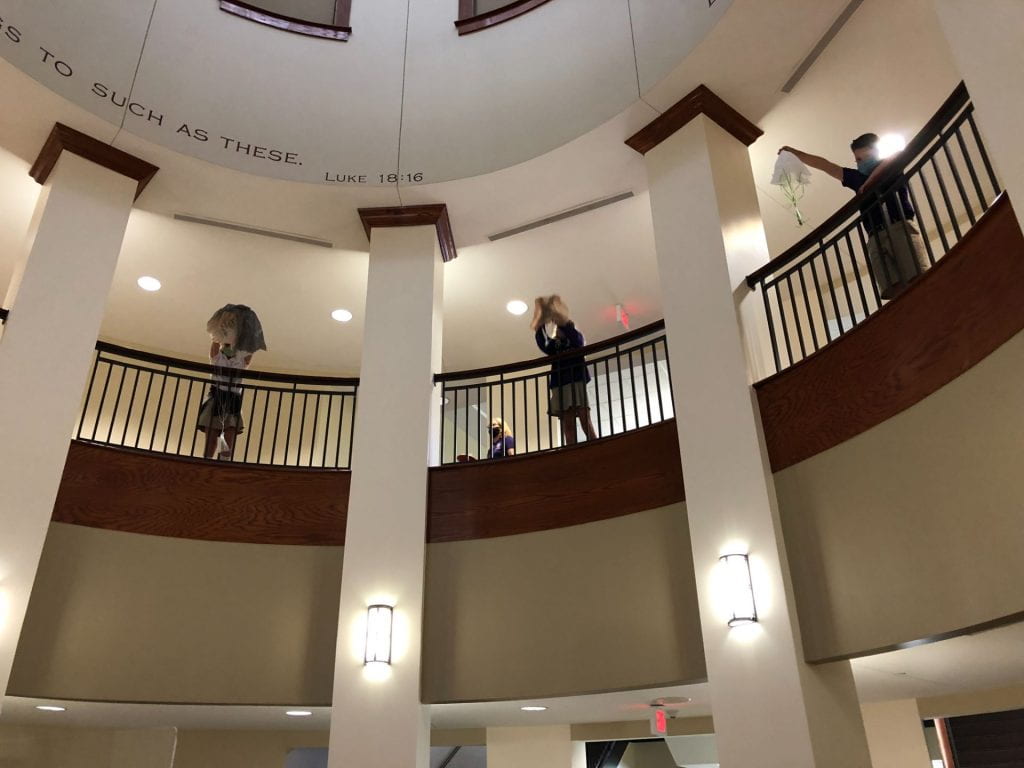 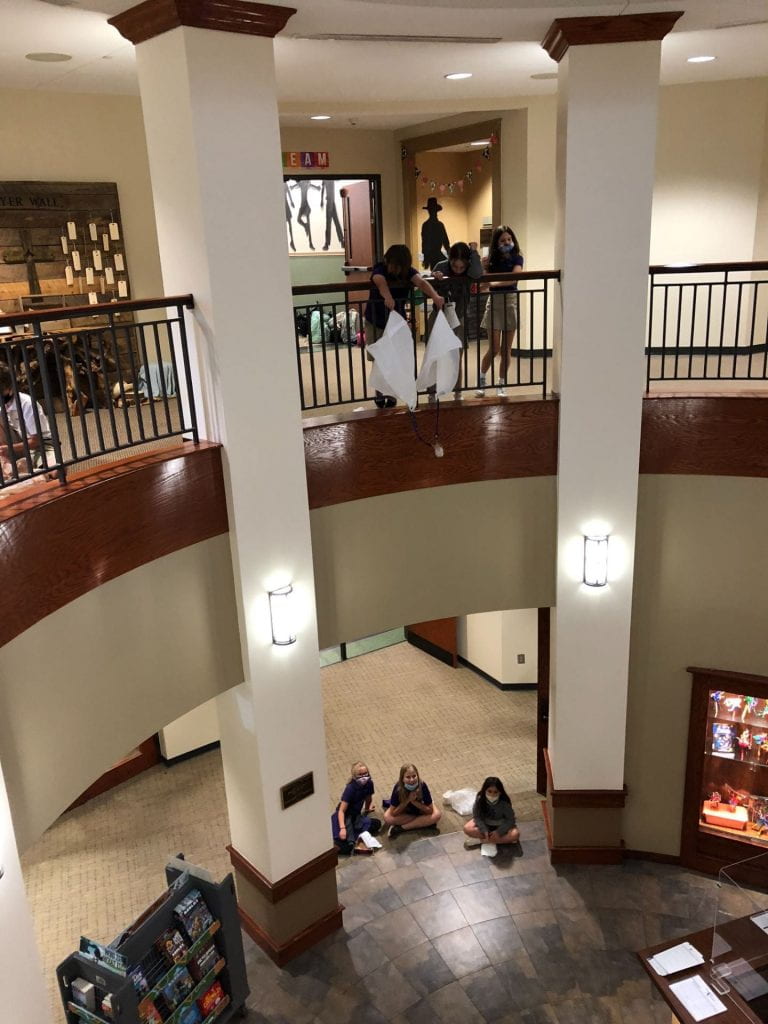 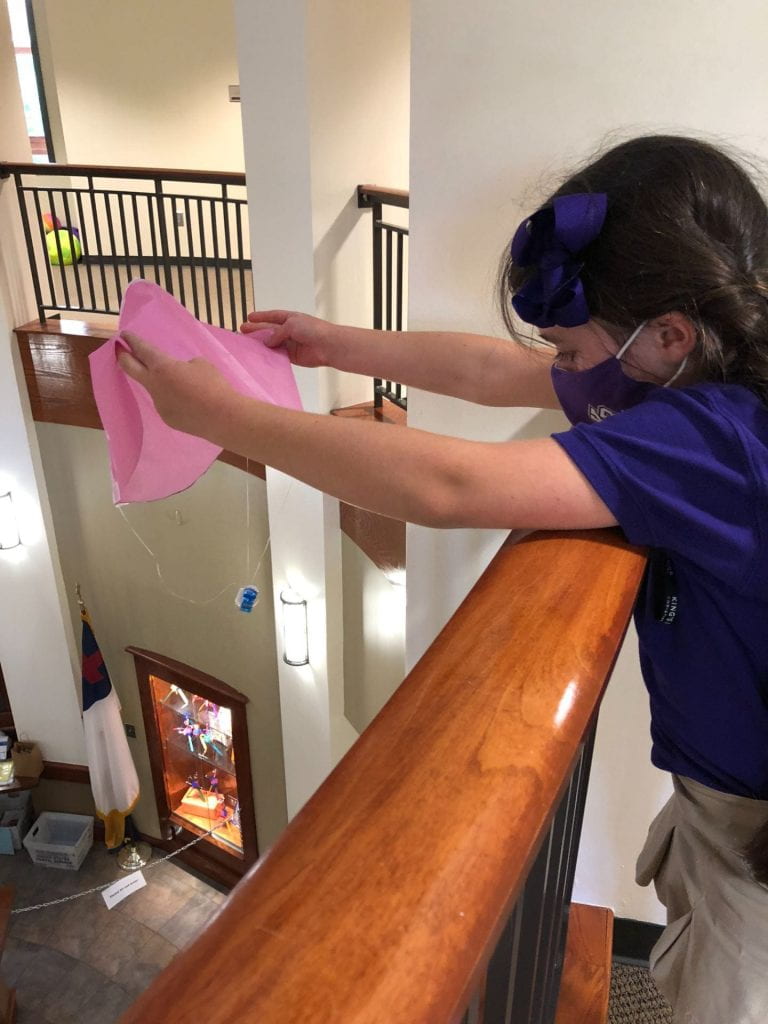 Most loads hit the ground between two and three seconds, but the engineers in the photos below constructed parachutes that landed with times between five and eight seconds. When we returned to the classroom, we discussed why these parachute designs were more successful. Were there any similarities between them? Did the weight of the load matter? 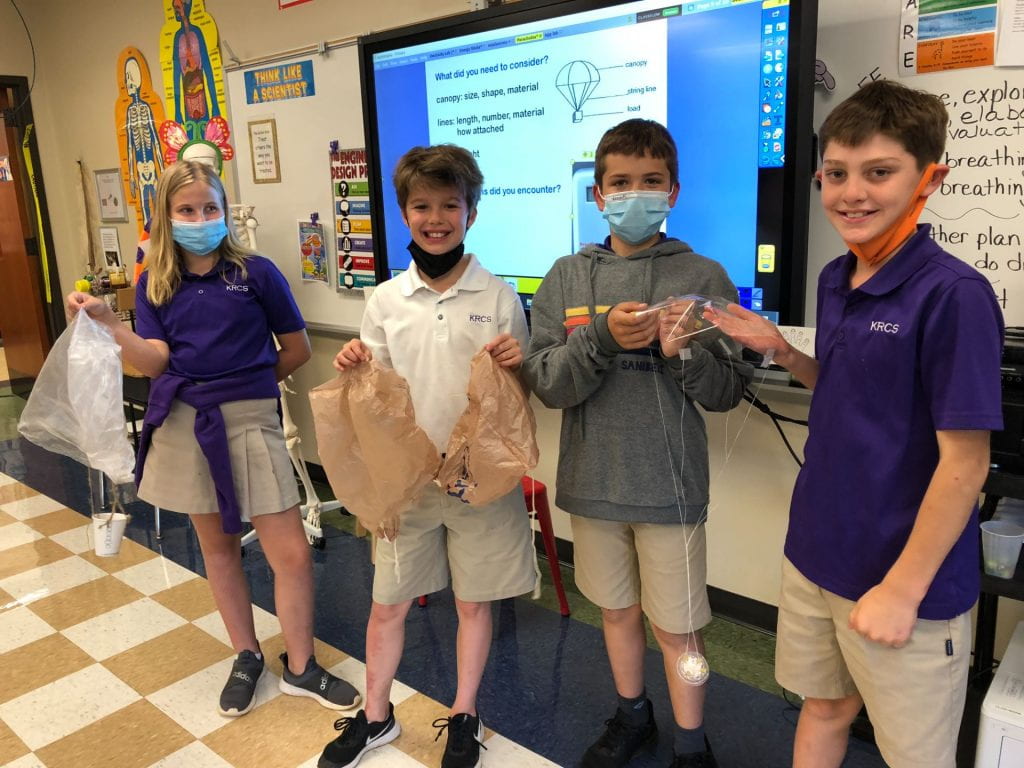 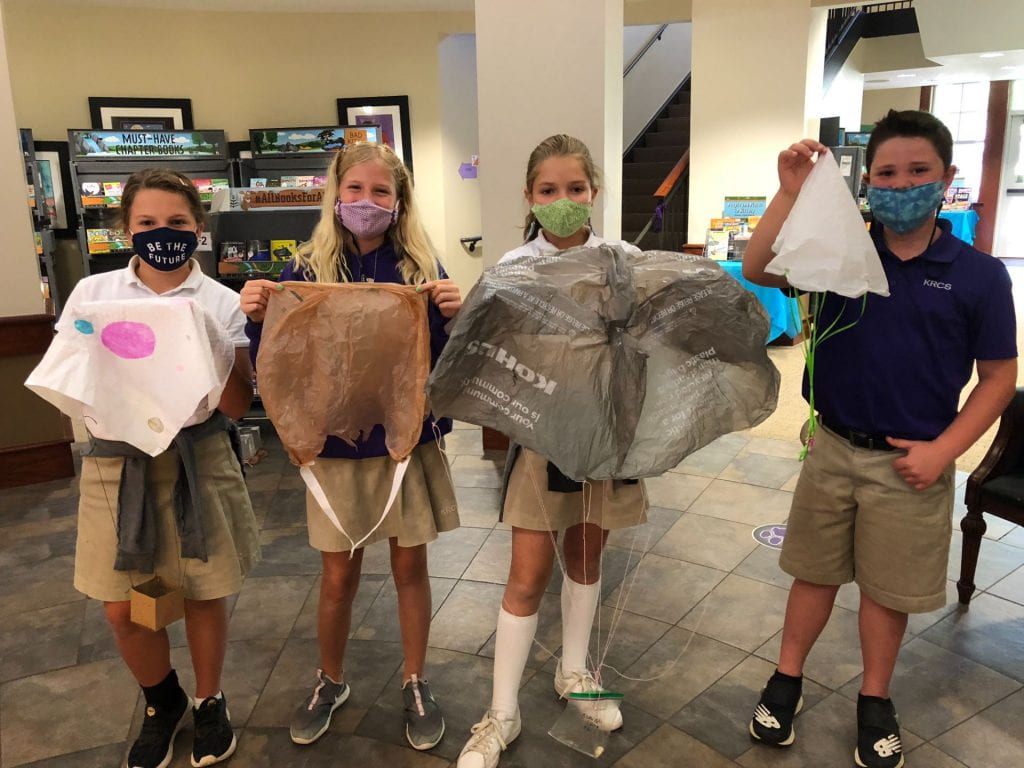 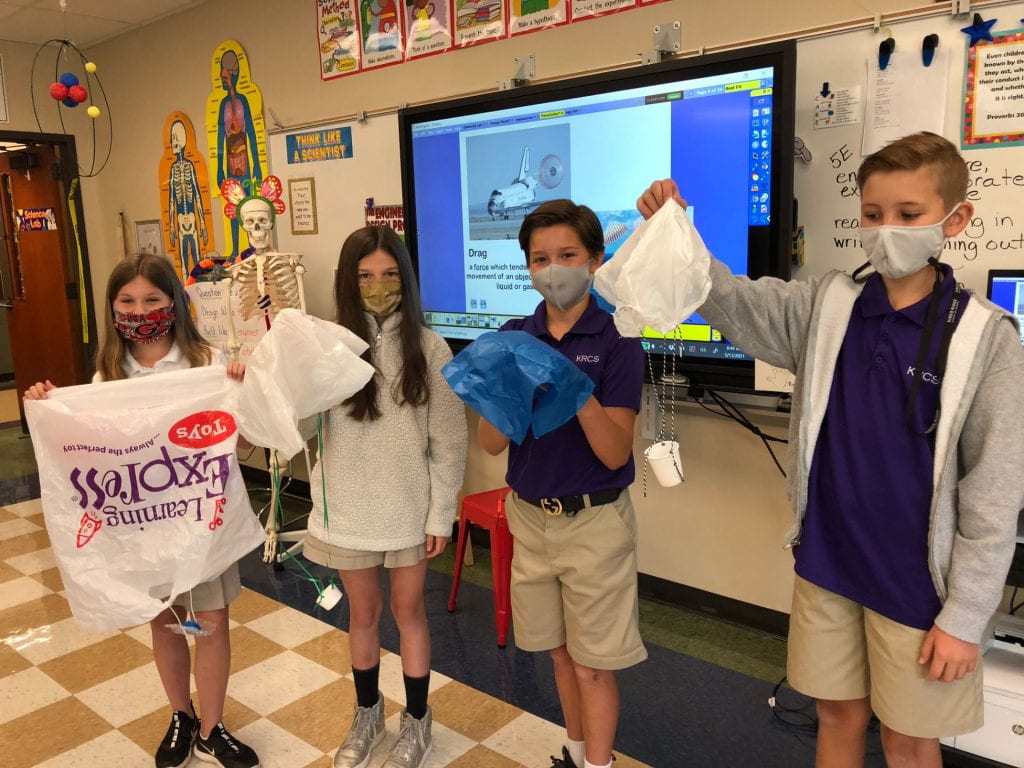 Click here to view a video that we watched about drag.

Essential understandings from this activity include the following:
There are many ways to solve the same problem.
We can always improve upon our initial idea.
Sharing ideas with others helps all of us learn.
Engineering is a process.

We also looked at various ways parachutes are used from parasailing and hang gliding to slowing the speed of cars and space shuttles. Watch this additional use of parachutes:  Click here.

Watch below to learn how NASA developed a parachute for rovers on Mars.