The Urban Farmer and Teach 4 the Heart Blogs

I like to share other blogs with my readers. One of the latest blog posts on The Urban Farm was an interview with Deanna Cook who shares ways to create farmers’ market fun with kids. Click here to go to the blog.

The Teach 4 the Heart blog provides support and encouragement for Christian educators in private and public schools. “Simply put, we want to offer you uplifting, practical advice from a biblical viewpoint. ”  Click here to go to the blog.

I took these photos at the Missouri Botanical Garden after a summer storm. Notice how the water appears on each item below. What do you wonder? Scroll under the photos to learn two properties of water. 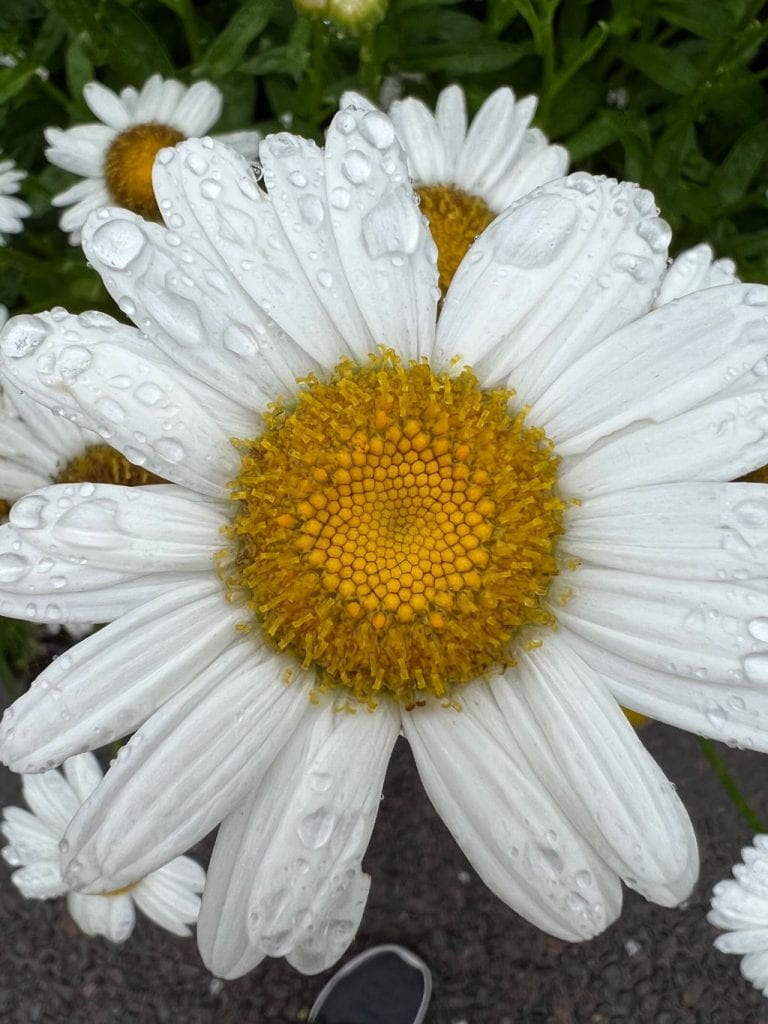 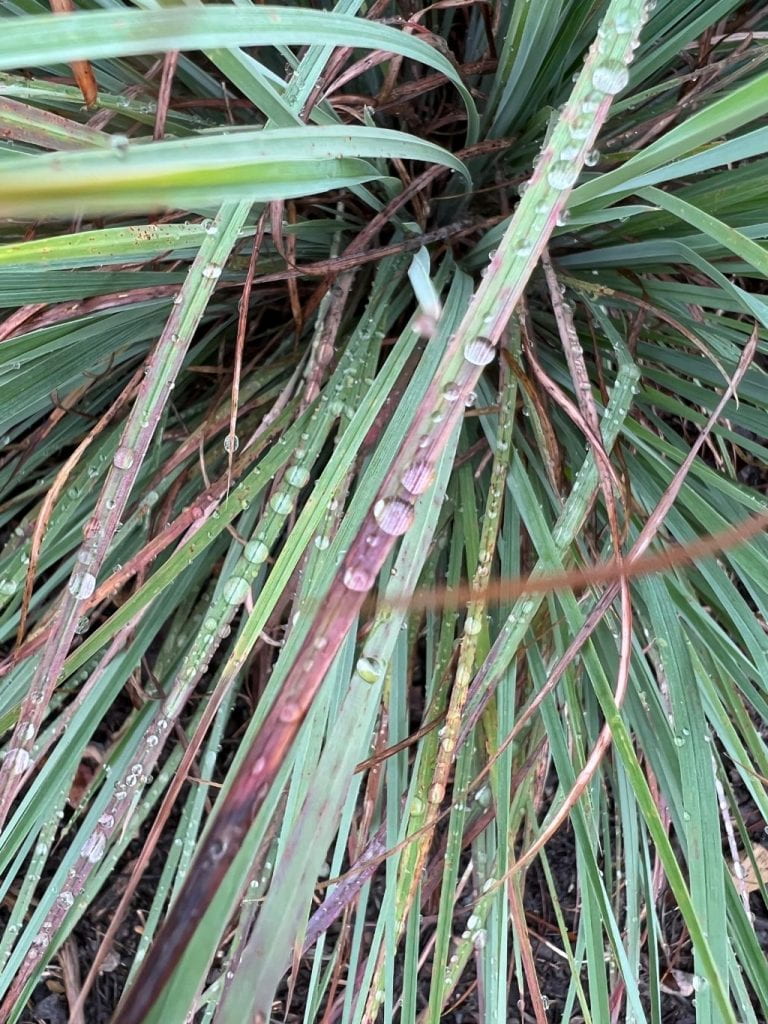 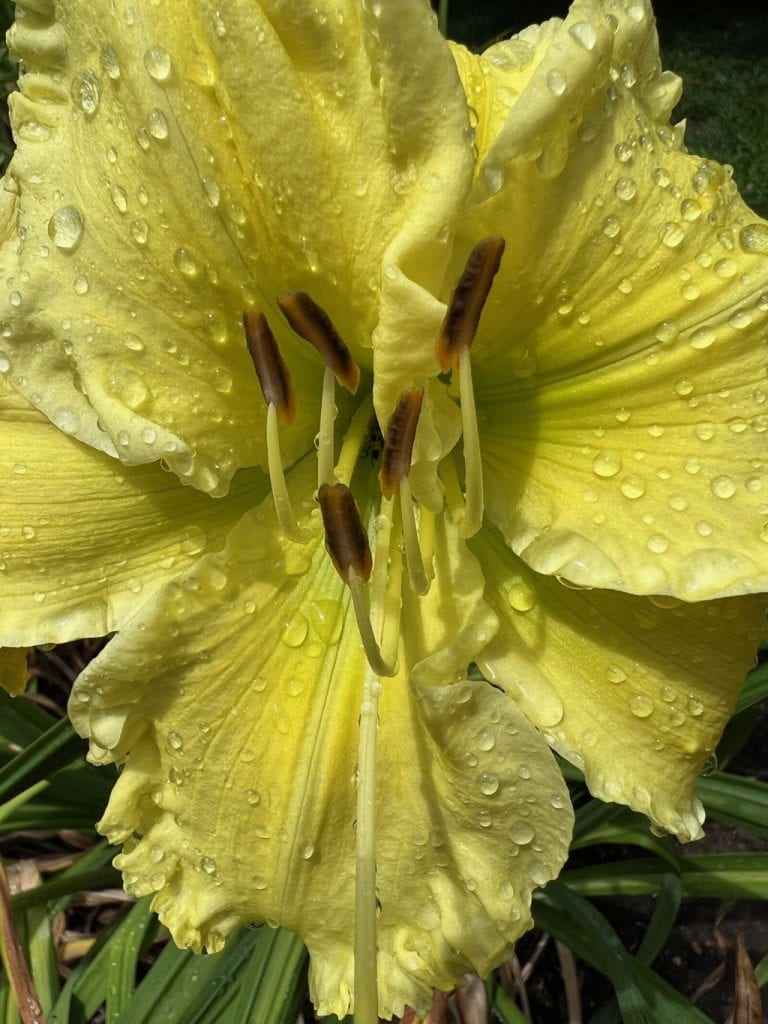 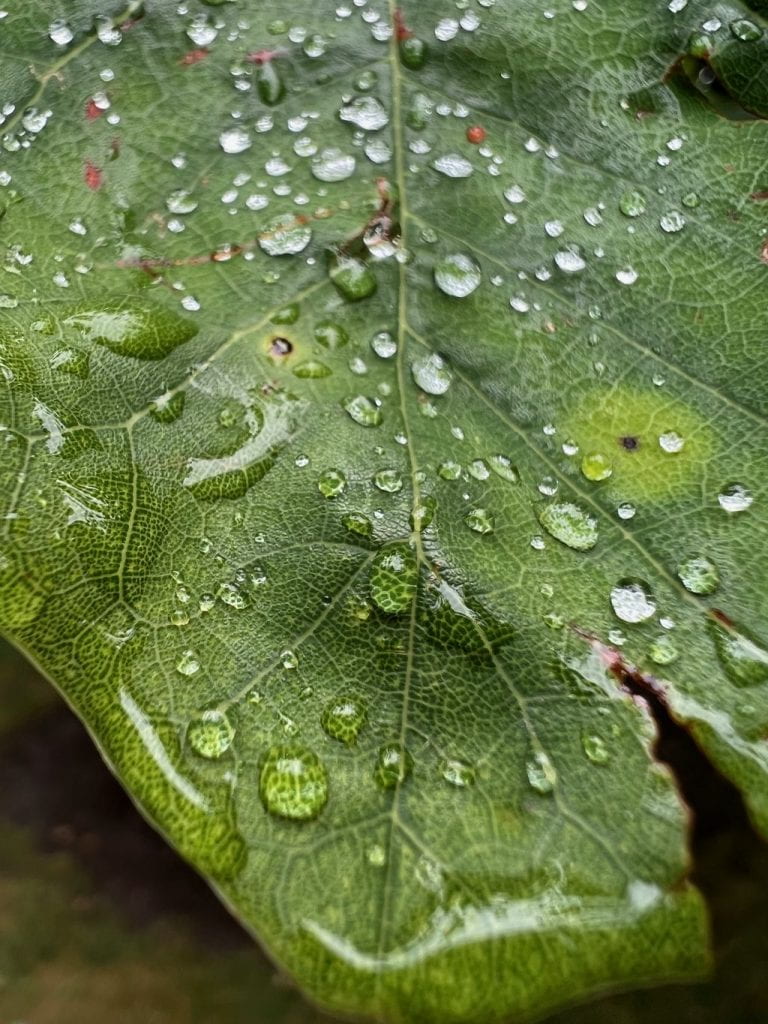 I captured this photo one foggy morning last fall. Use small spray bottles to mist water onto webs to replicate what happened. 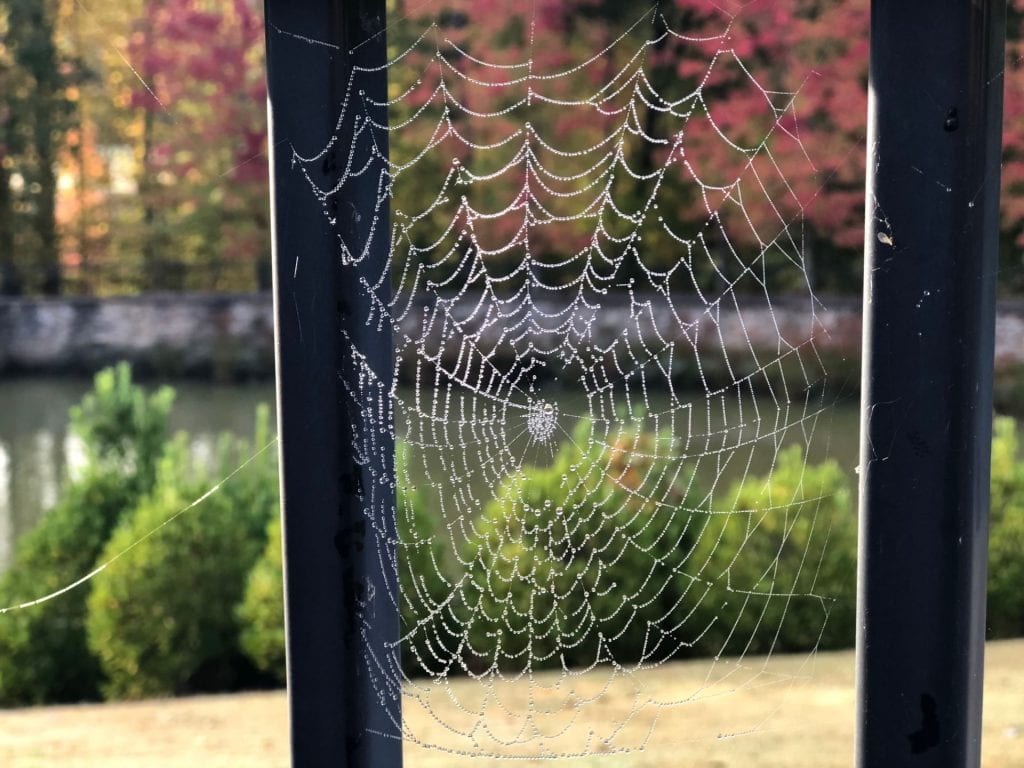 Click here to use a penny to demonstrate these concepts.

Click here to use page protectors for a fun way to investigate these properties.

Click here to use foil and pipettes with your youngest scientists.

Click here to see my former students perform the experiment in the following video.
Click here for full screen.

This is always a fun demo! Click here for full screen.

Centipedes are often found in basements and gardens. What do you observe? Are they insects? 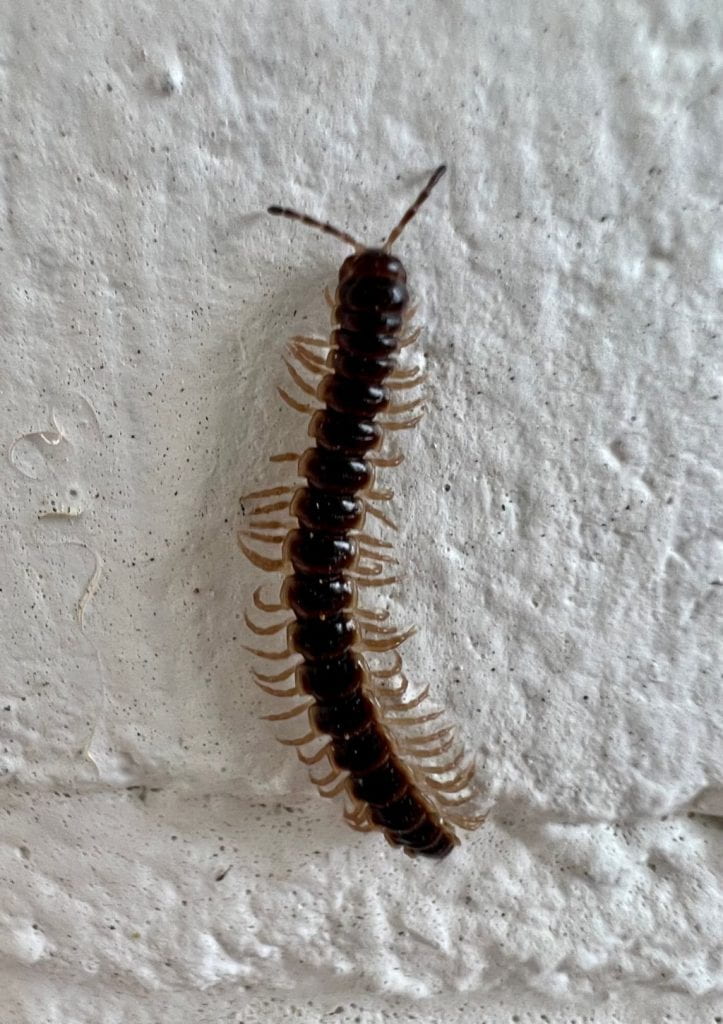 I had millipedes (Milly and Jilly) in my science lab. How are arthropods, millipedes and centipedes, alike and how do they differ?

To learn the difference between the two, watch the video below. Click here for additional information.

The Latin root word ped means foot, milli means thousand, and centi hundred. Do these creatures really have that many legs?

While at the Missouri Botanical Garden, I crossed a bridge in the Japanese Garden and was greeted by a glint of Koi. Click here for more information about Koi. 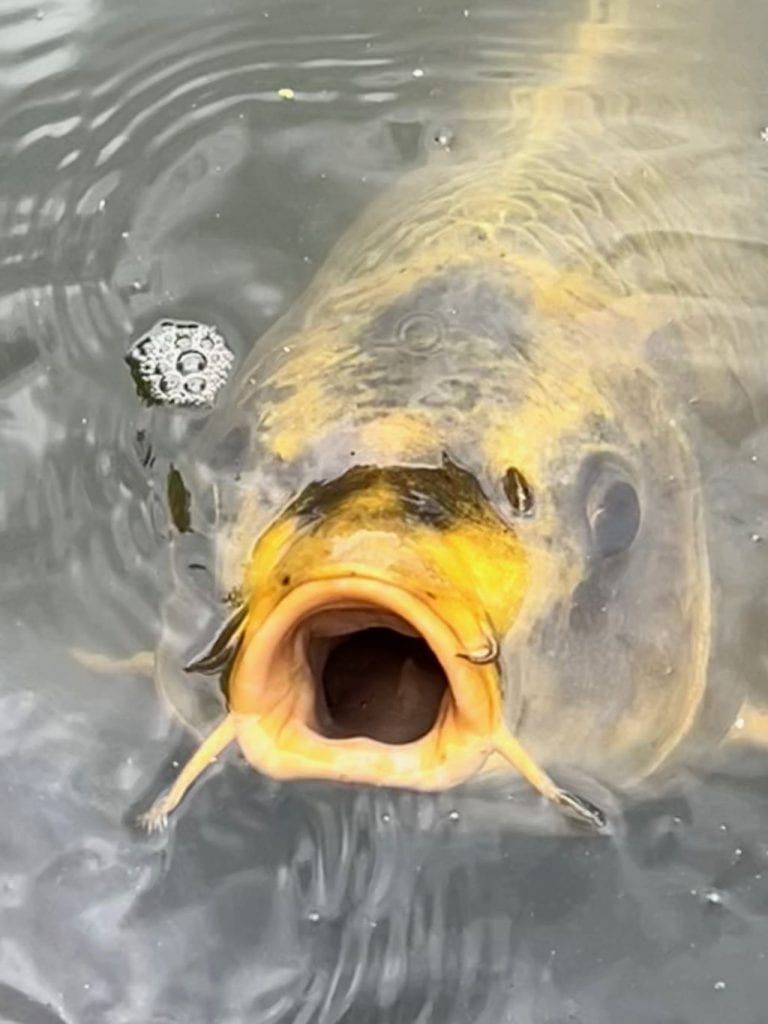 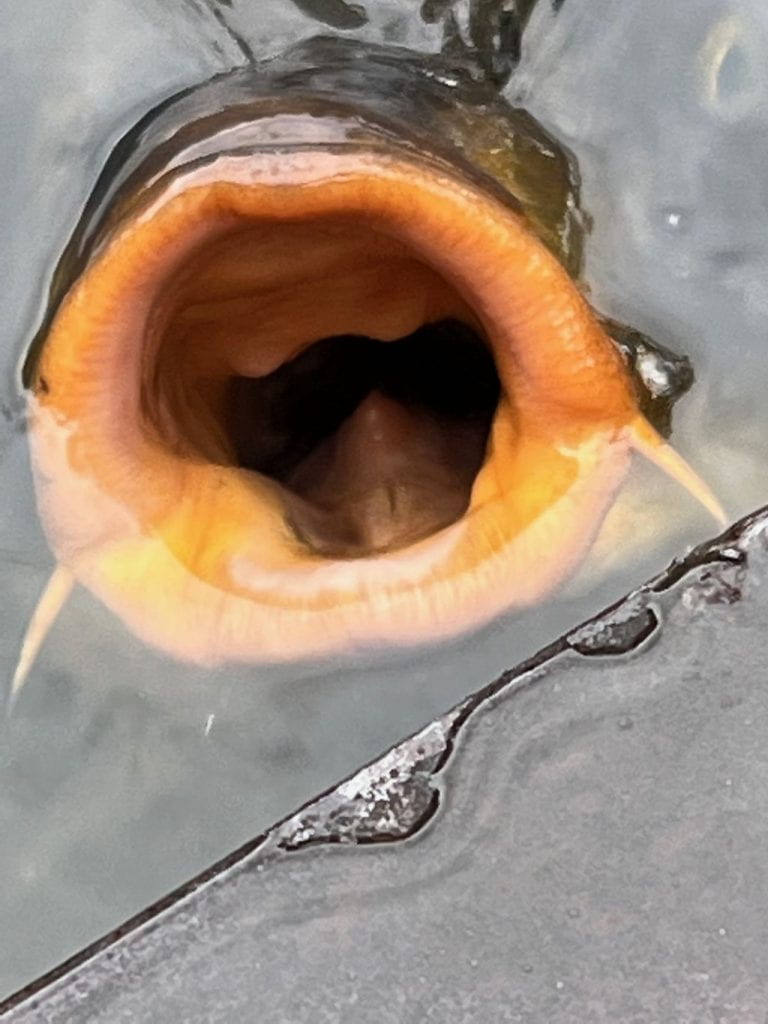 I discovered pincushion gardens at the Missouri Botanical Garden. Thinking it would be fun to plant a garden like this!

Pincushion gardens were first introduced in the 1850s in England. In the 1900s, circular pincushion beds, made of succulents and cacti in intricate symmetrical designs, were planted in the Missouri Botanical Garden. Click here to learn more.

How do insects see the world? Zoom in and focus on the eyes. 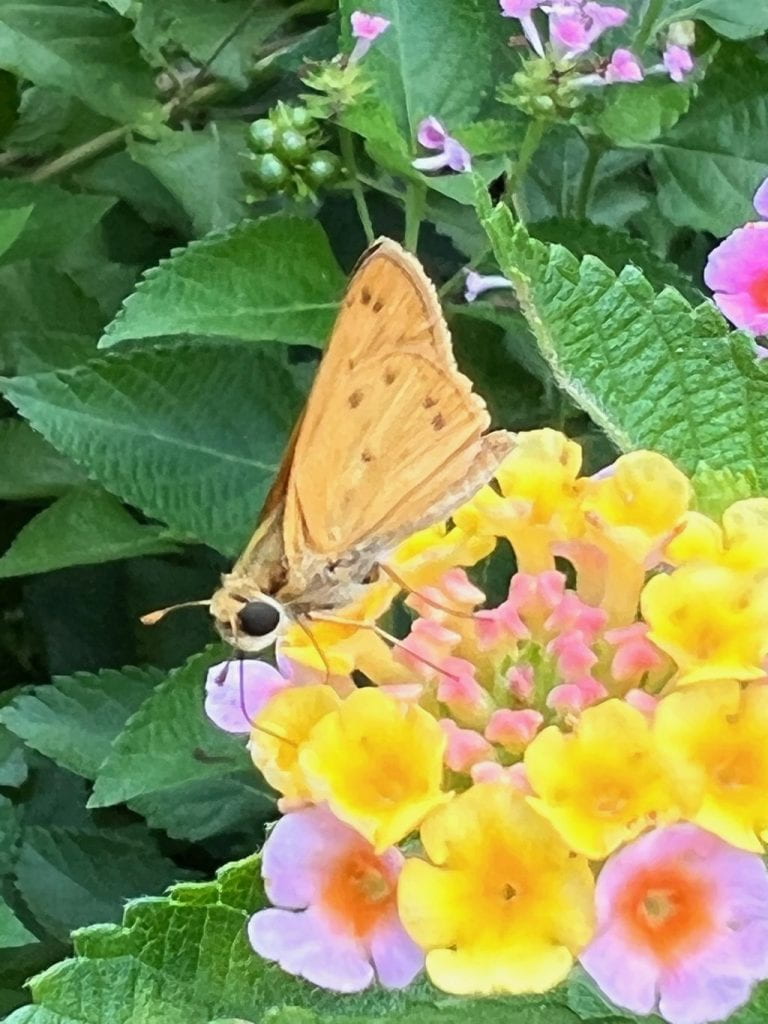 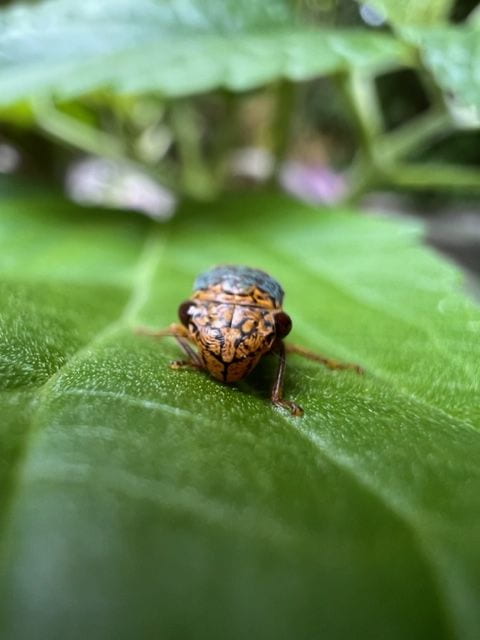 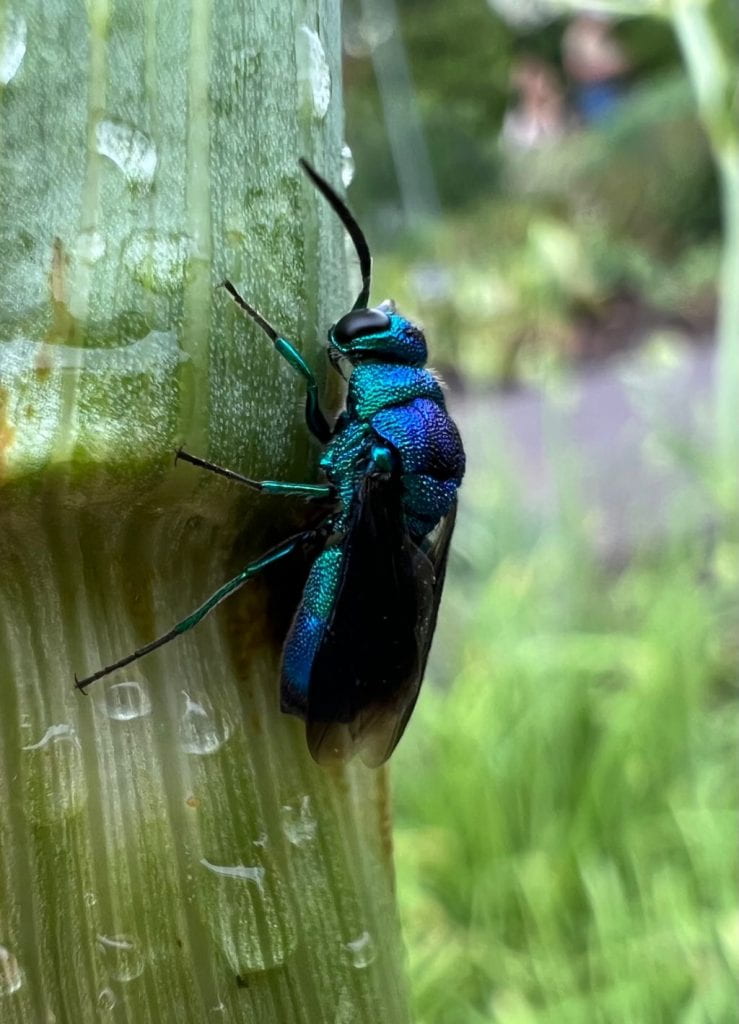 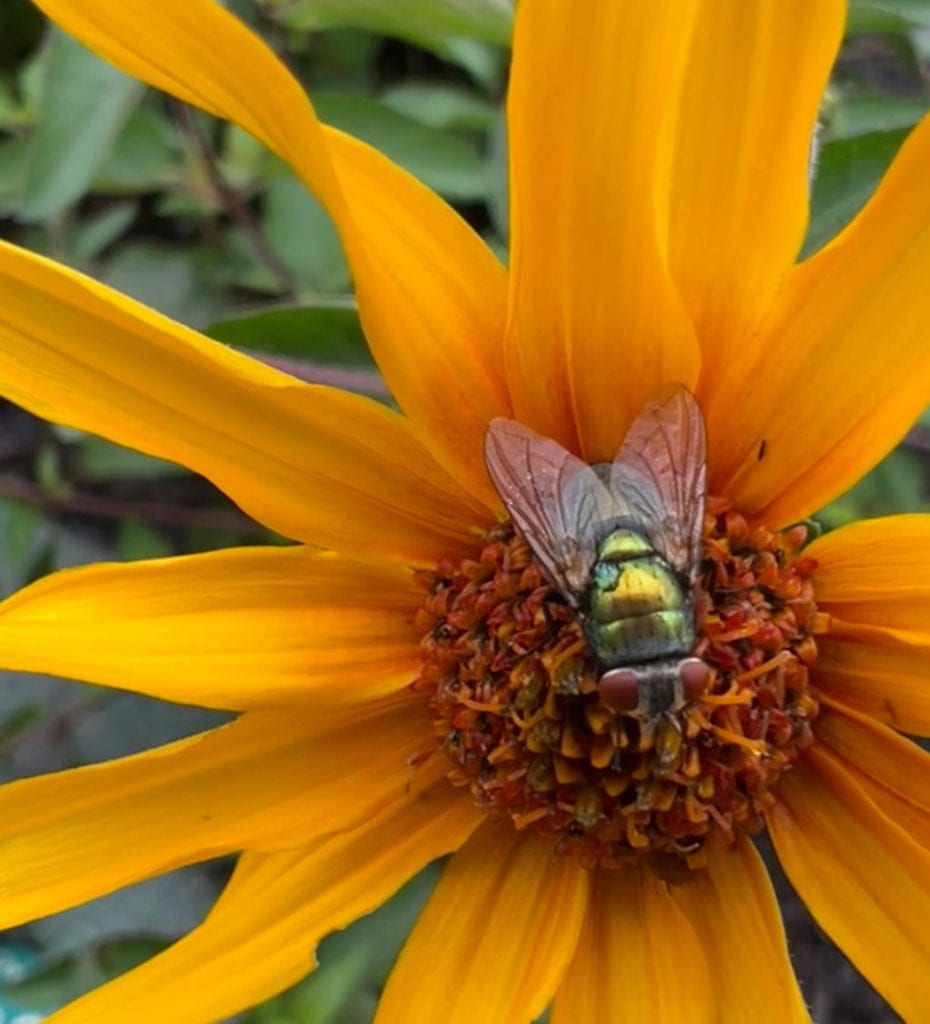 Many insects have compound eyes. How are they constructed and what are their advantages?

If you want to do a study about animal eyes, check out this post too.

The Garden is a center for botanical research and science education, as well as an oasis in the city of St. Louis. The Garden offers 79 acres of beautiful horticultural display, including a 14-acre Japanese strolling garden, historic architecture, and one of the world’s largest collections of rare and endangered flora.”

One of the highlights of my visit was the Climatron which has a tropical rainforest theme. “In 1976 it was named one of the 100 most significant architectural achievements in United States history. The term “Climatron” was coined to emphasize the climate-control technology of the greenhouse dome.” 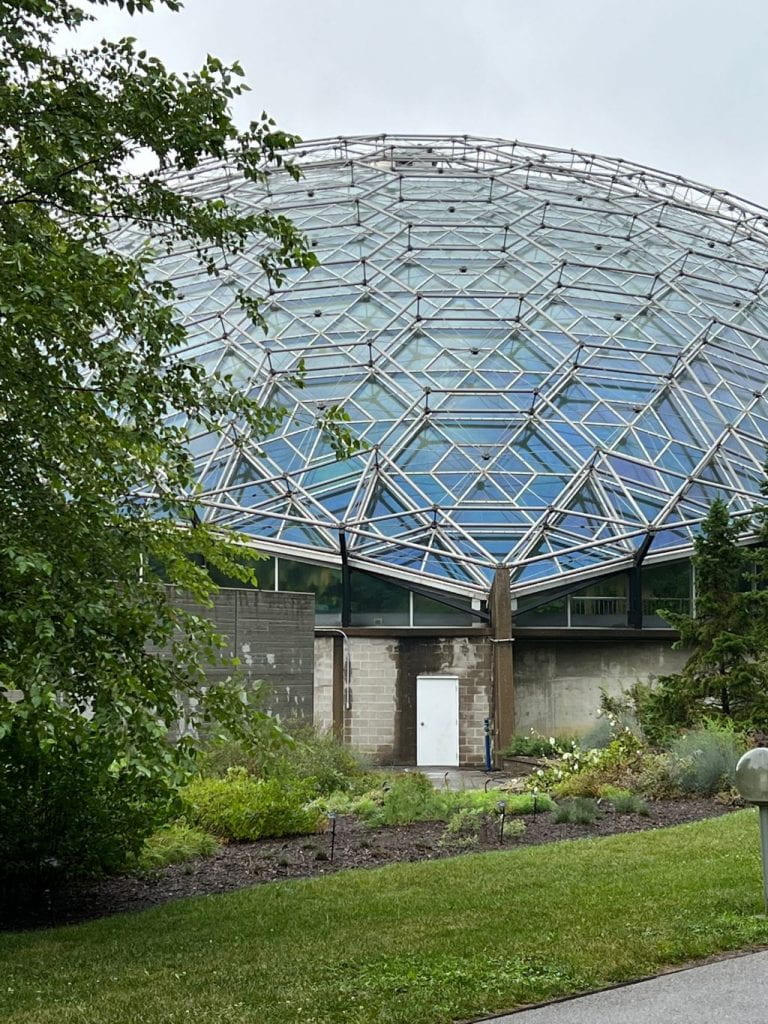 In the Climatron, was the rare corpse plant. It is scheduled to bloom in the next couple of weeks. 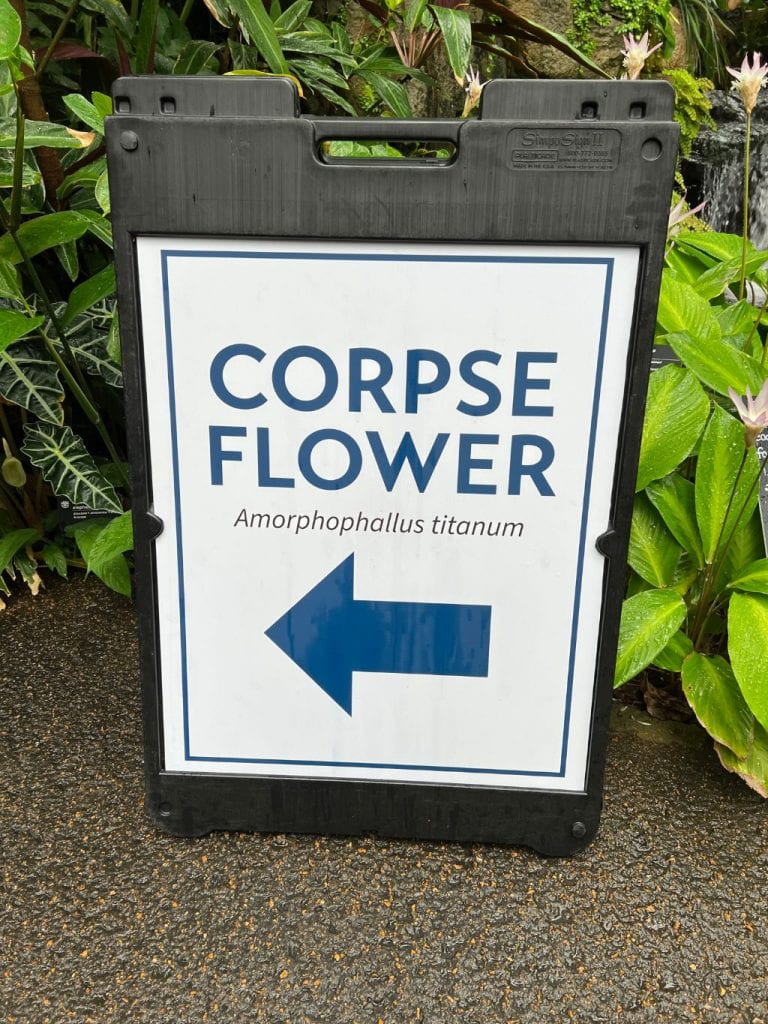 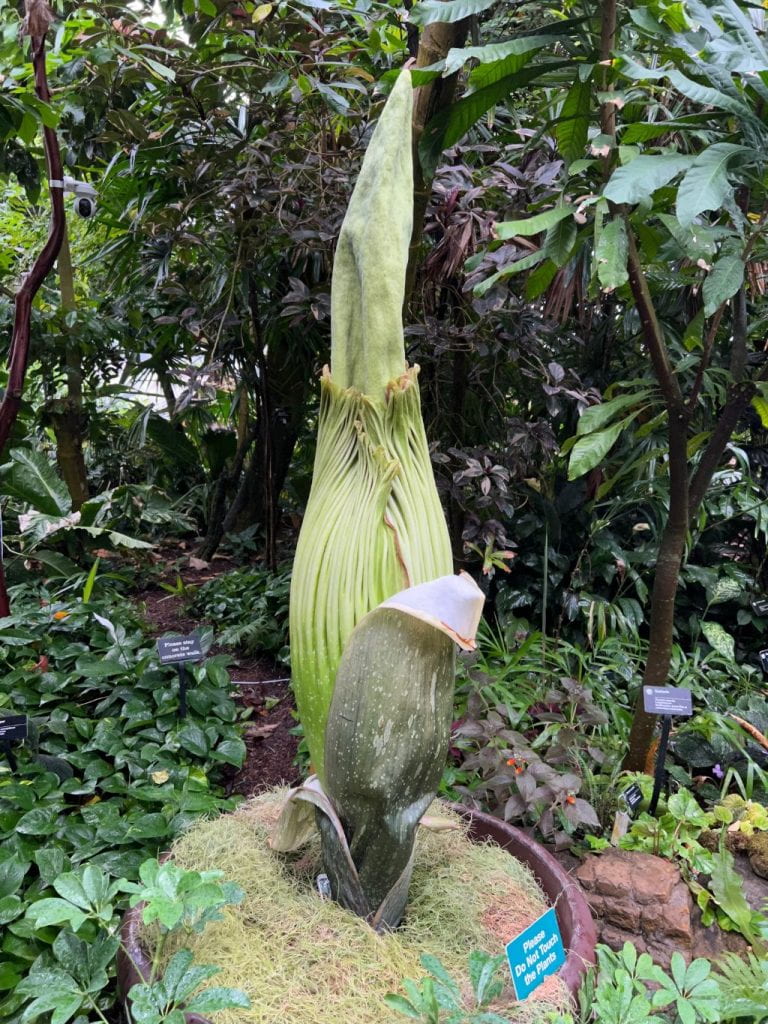 I watched fireworks at my sister’s home in Kirkwood, MO. As I watched this impressive display, I wondered about the history of fireworks and how the colors and shapes are created. Check out the links below to find out more. 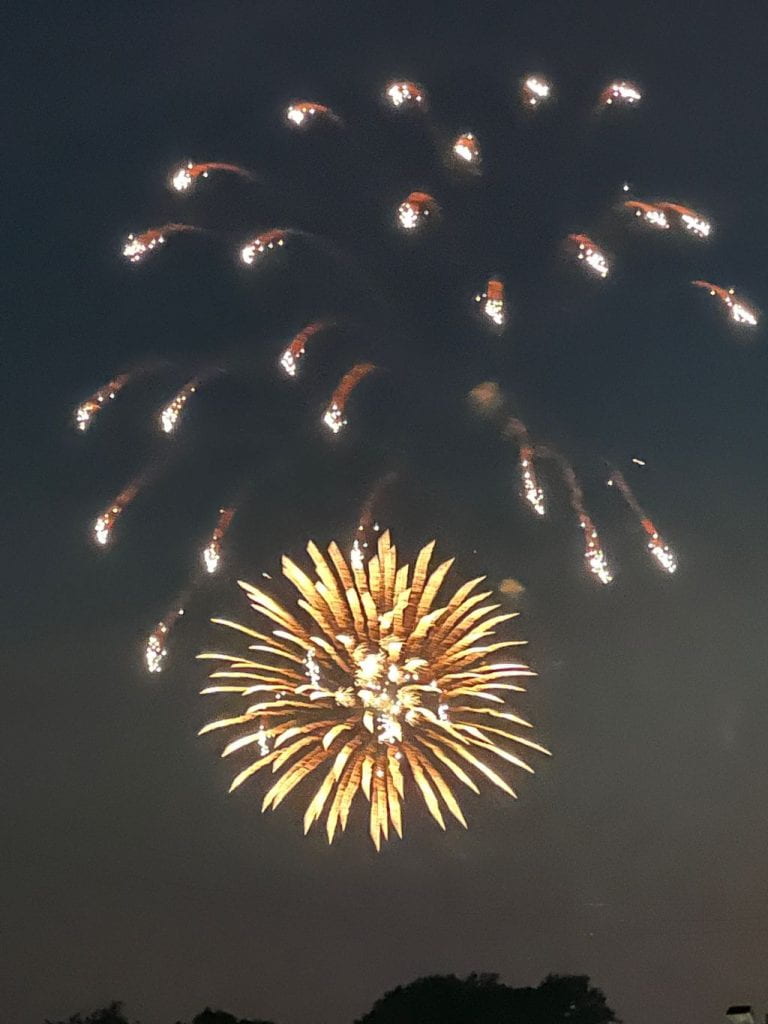 Click here to learn more about fireworks from Steve Spangler.