Kindergarten volcanologists continued their study of rocks with a lab about volcanoes and igneous rocks. We briefly learned the parts of a volcano and some of the common igneous rocks. Then we moved to the lab tables and made “volcanoes” erupt. Groups of two erupted a volcano and we all watched as each exploded. The mixture of baking soda and vinegar in the volcano vent created carbon dioxide gas which caused a pressure increase in the model volcano. The rapid increase in volume and pressure forced the mixture out of the top of the model volcano just like a real volcano. We changed a variable, such as no soap, on several and noted the change in our results. I wish you could hear their reactions! 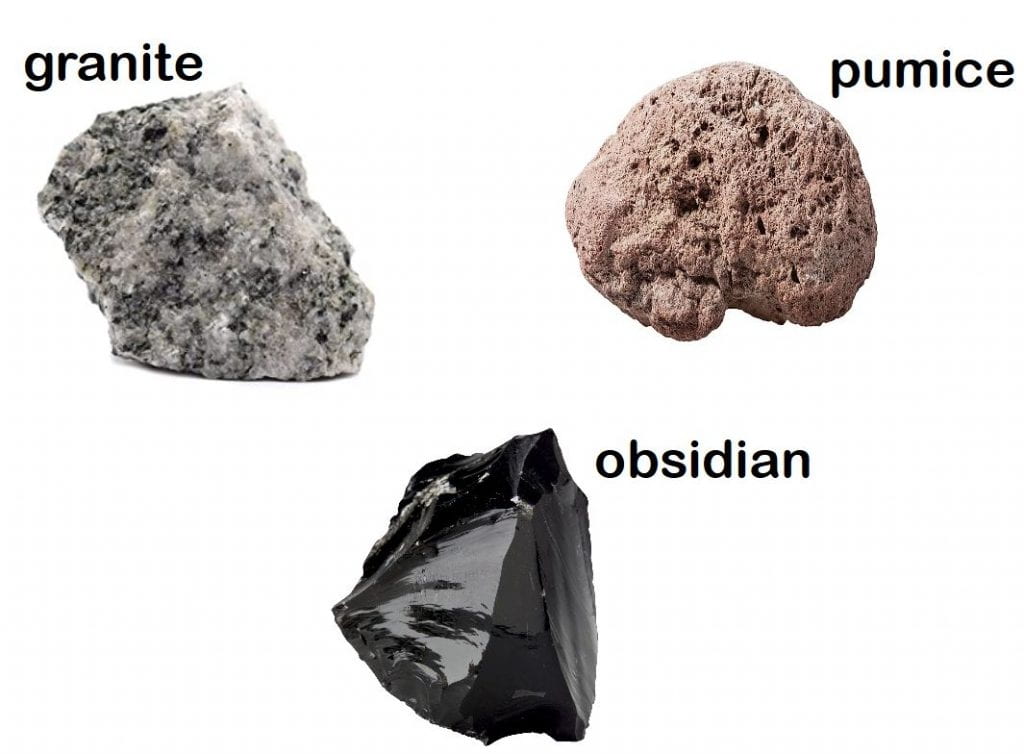 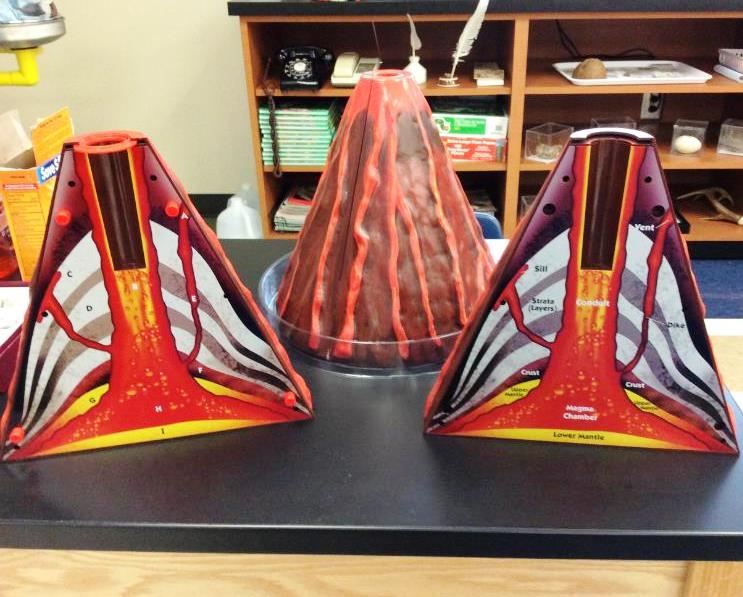 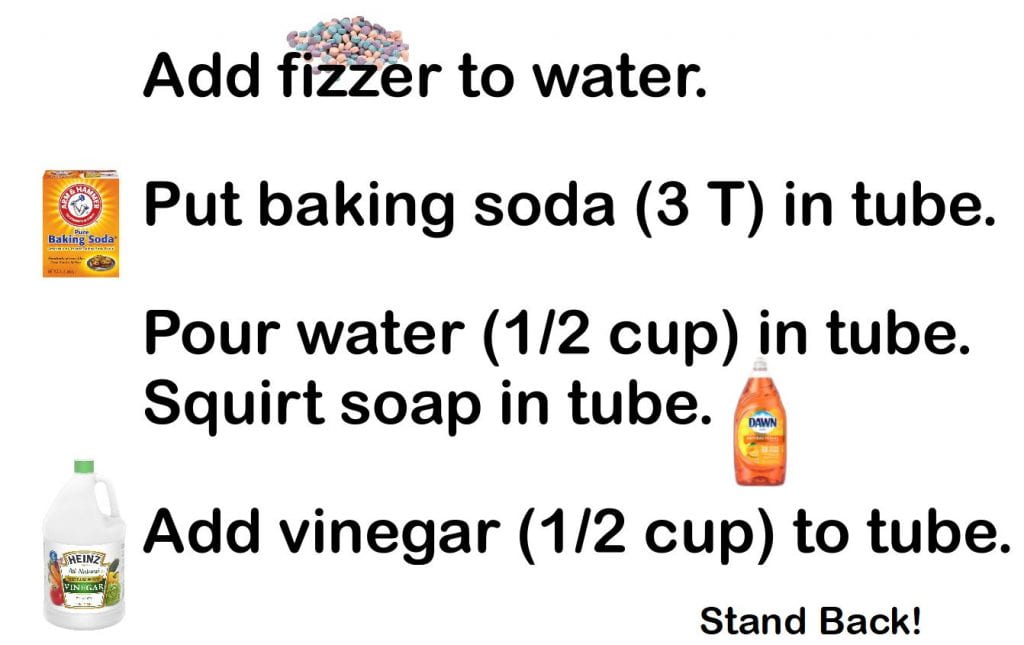 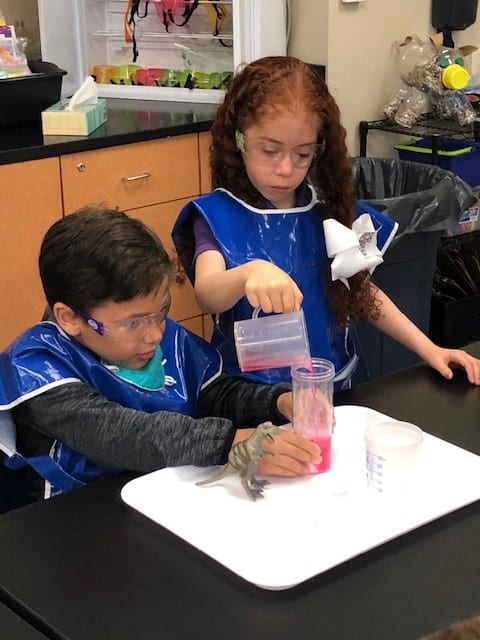 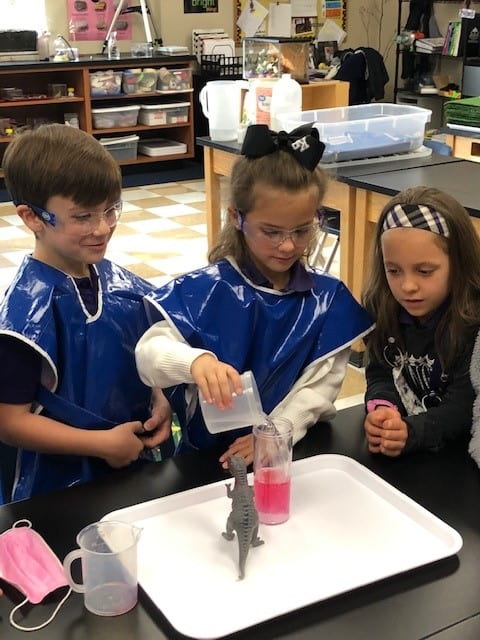 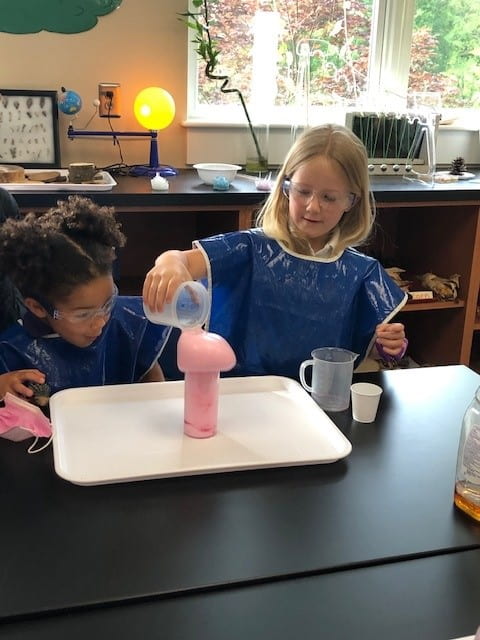 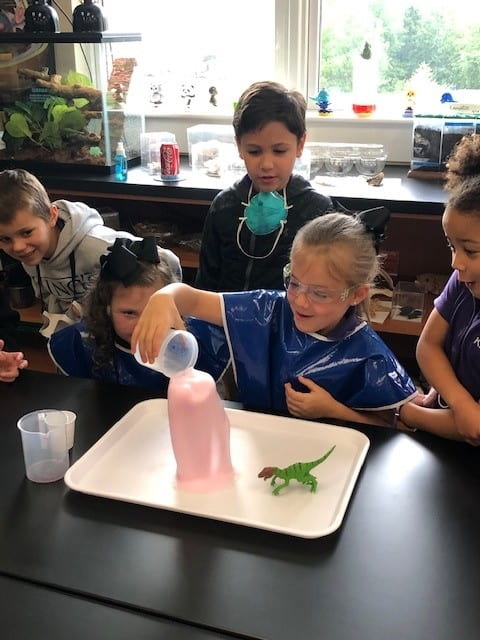 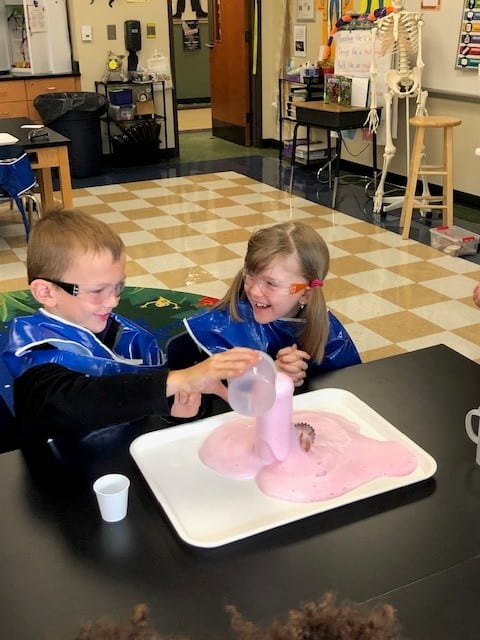 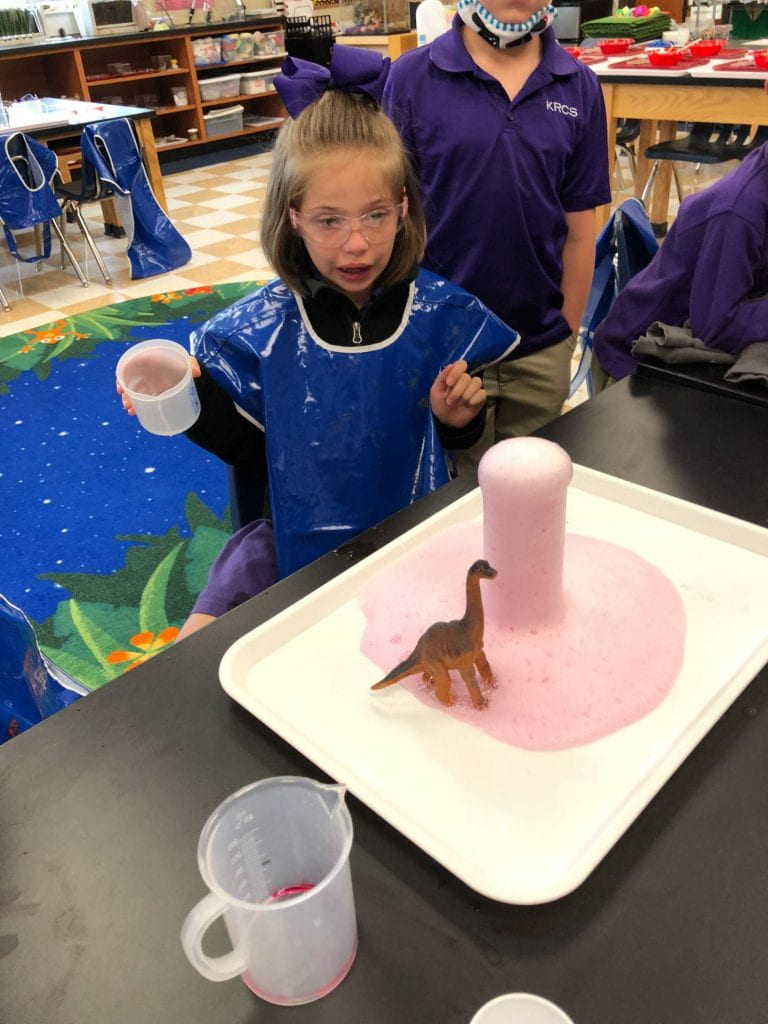 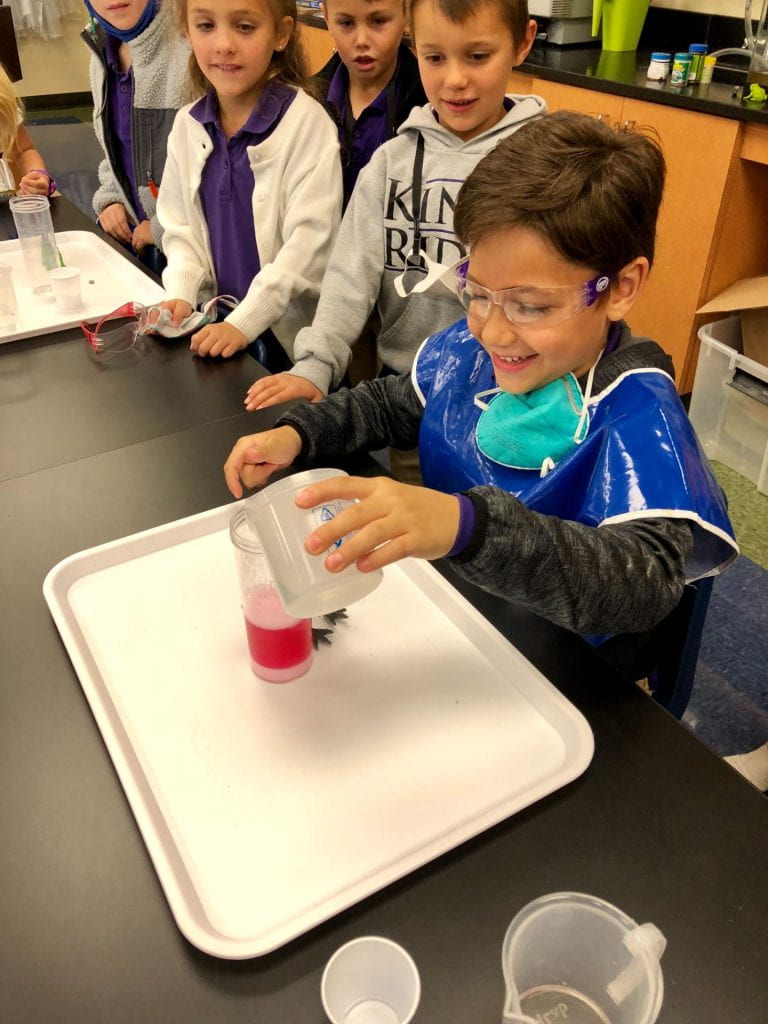 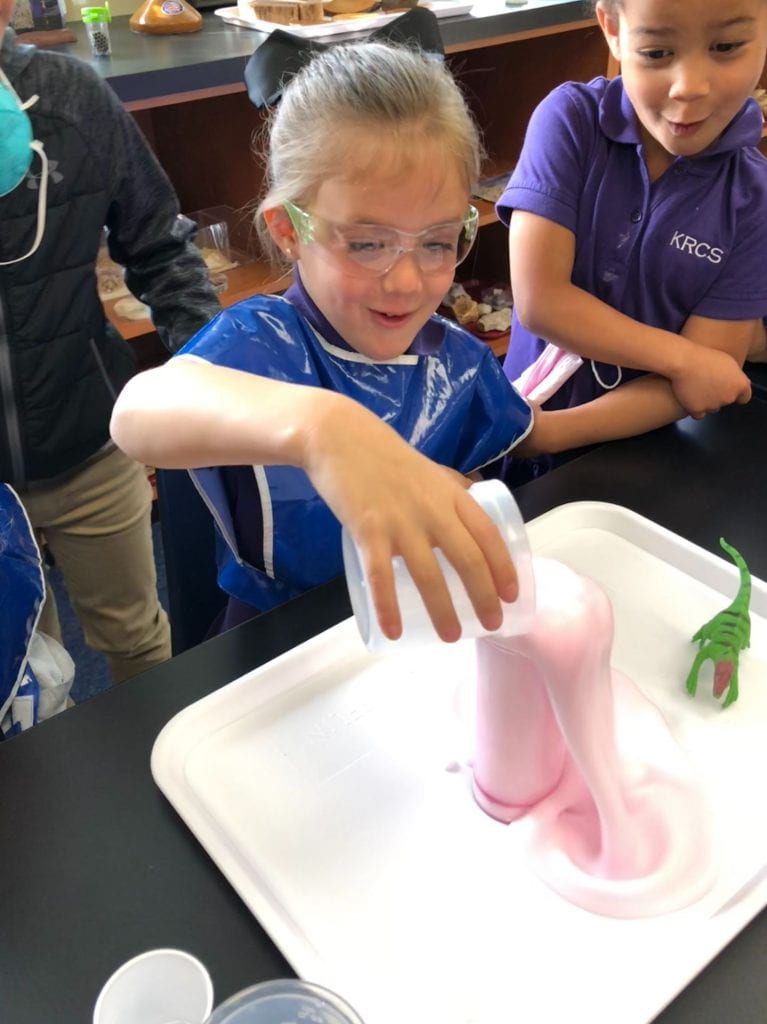 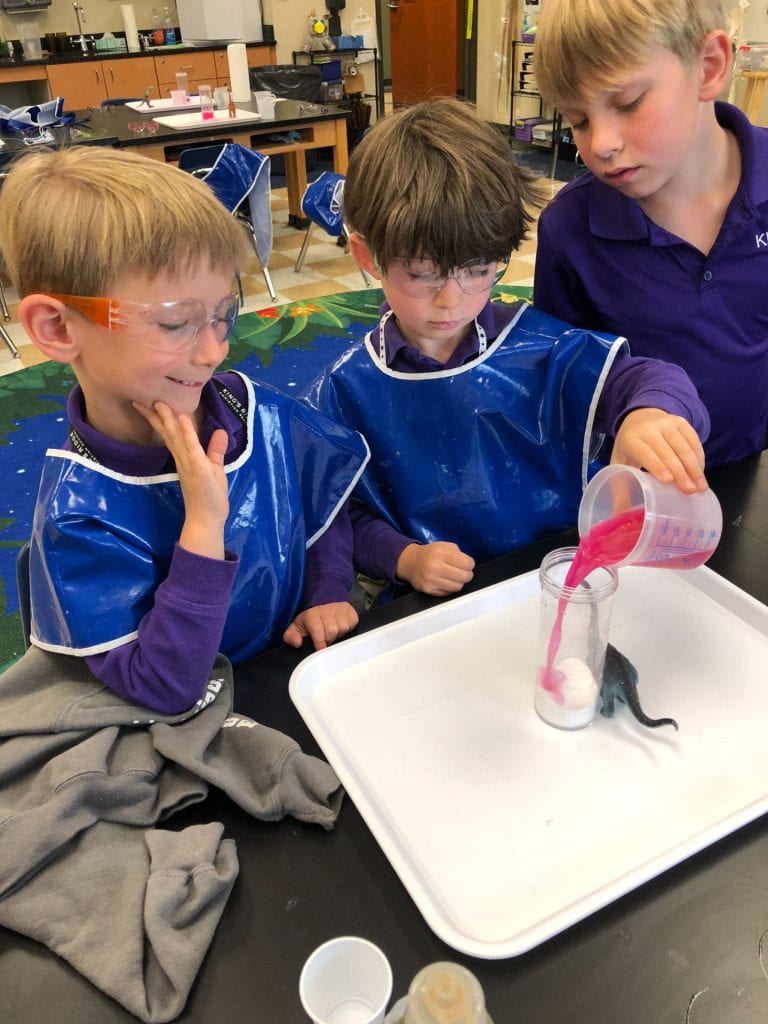 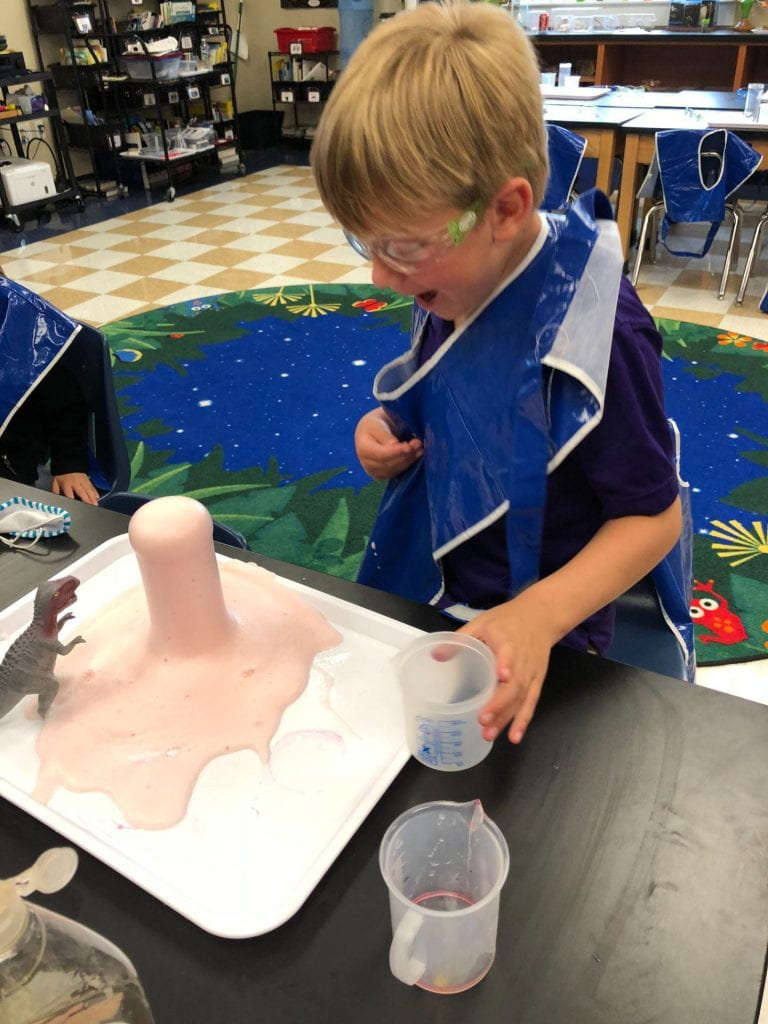