After reading The Twelve Dogs of Christmas, I challenged the class to write a parody of the “Twelve Days of Christmas”.  These three children accepted the challenge.  We will read parodies in January.

What a fun way to celebrate our last day! 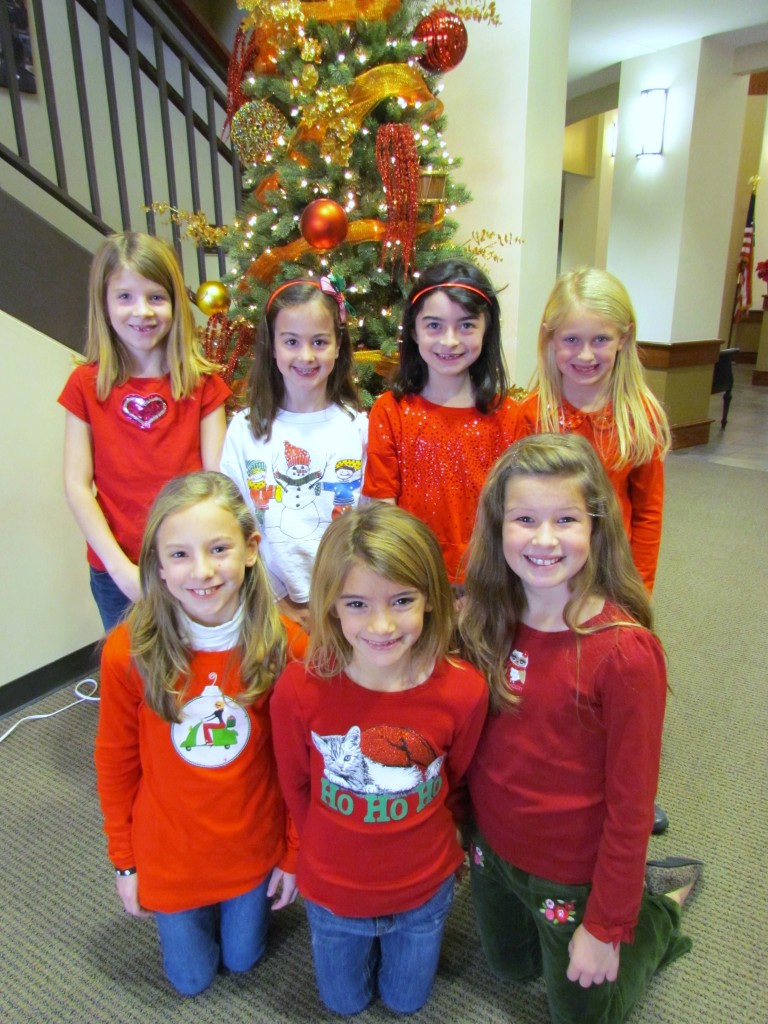 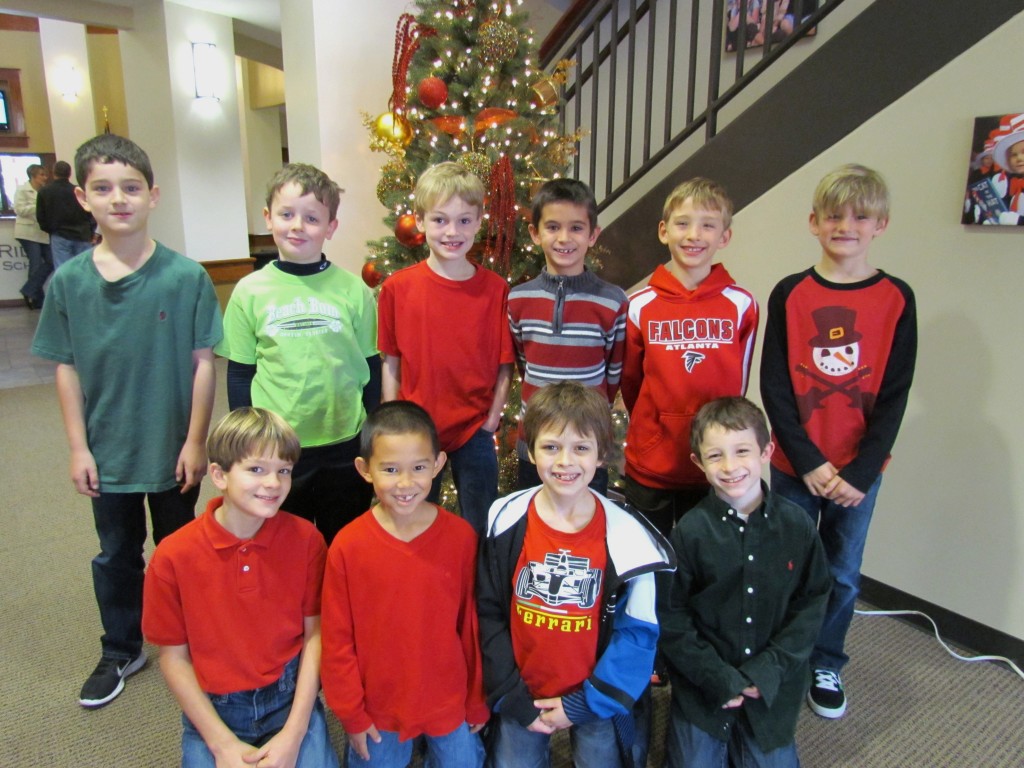 Lots of smiles on the “Green and Red Out” dress down day.  Movie coming soon!

Merry Christmas from all of us to each of you! 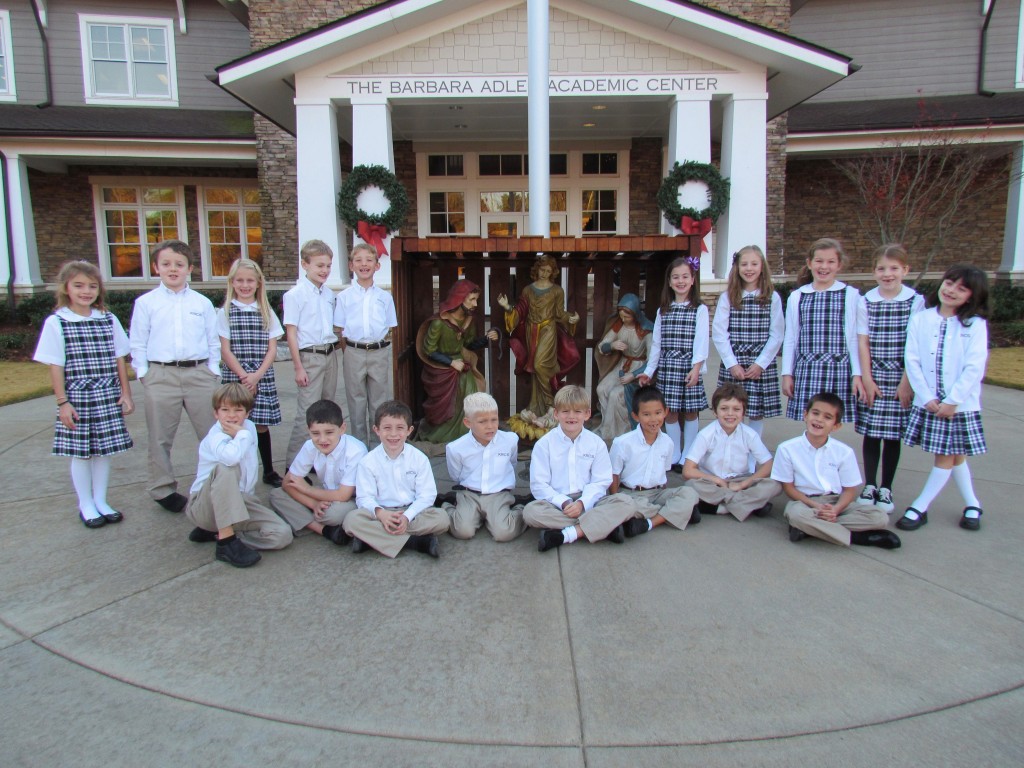 The children were surprised at how we could cut paper and twist it into a wreath.  Wreaths represent the eternal nature of God’s love. 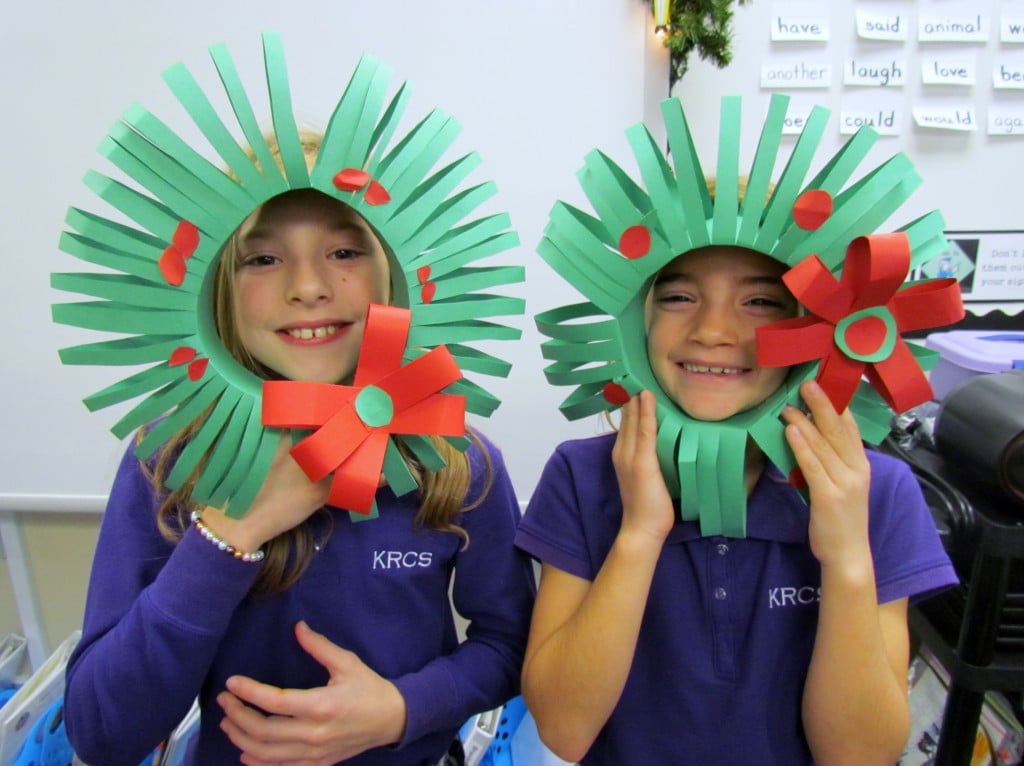 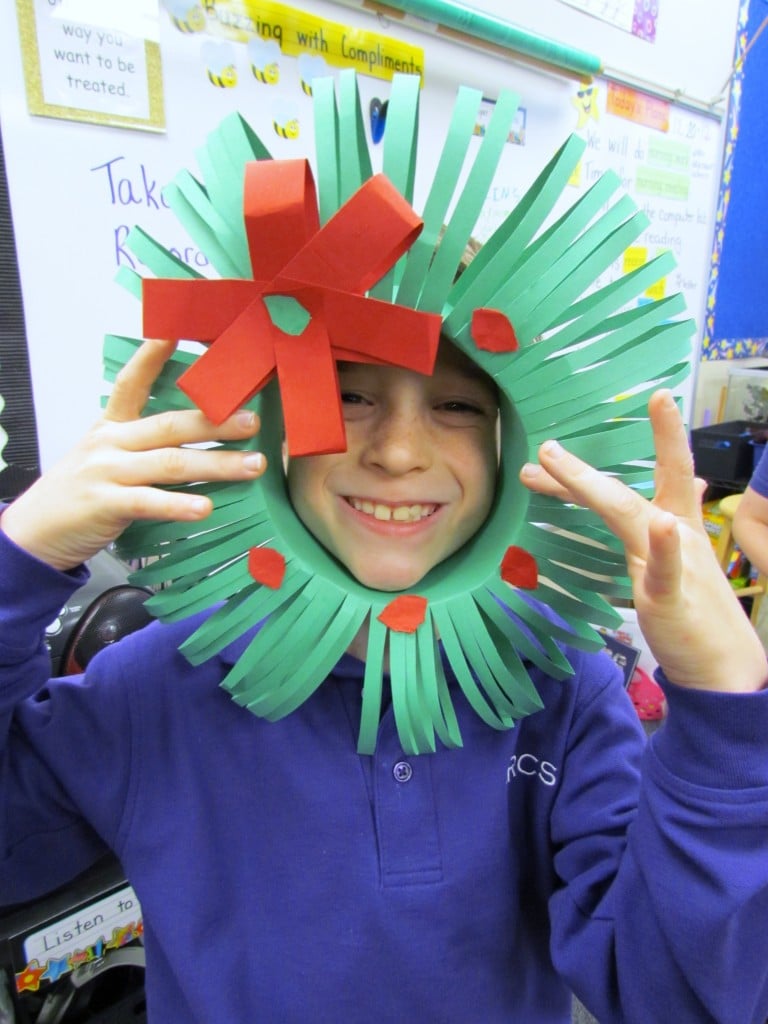 We are learning how to locate points on a coordinate grid using ordered pairs (2, 5).  I placed Christmas objects on a giant floor grid for the children to locate.  Then we played a game.  The first team to have four points in a row won.  Finally, we hid stickers on a paper grid and played a partner game similar to Battleship. 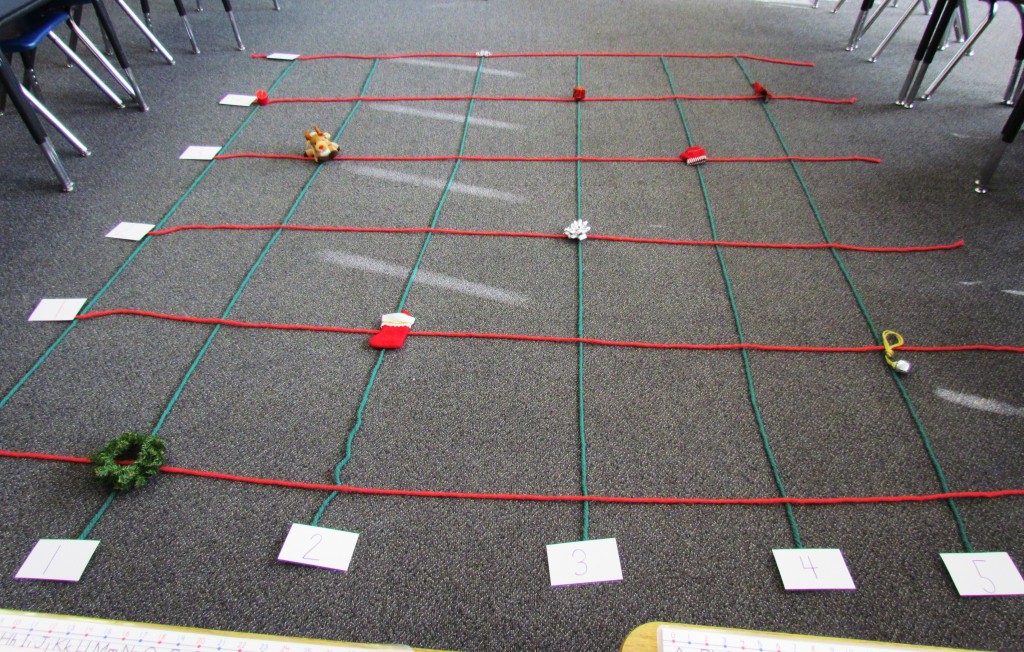 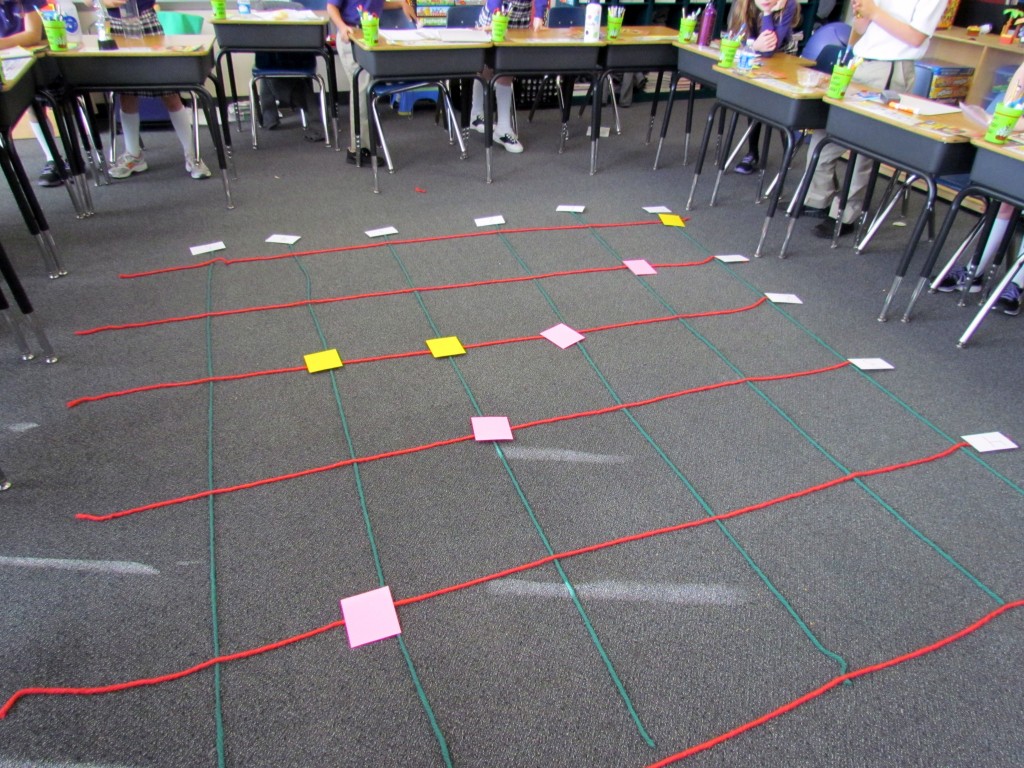 The Man and the Birds


Each CHRISTmas day at 12:00 noon where ever Paul Harvey’s Program is played on the radio, Paul tells this story in such a dynamic way that it is sure to touch the heart of any person who listens to it.

Unable to trace its proper parentage, I have designated this as My Christmas Story, of “The Man and the Birds”.

You know, “The” Christmas story, “God born a man in a manger”, and all that, escapes some moderns.  Mostly I think because they seek complex answers to their questions, and this one is so utterly simple.  So for the cynics and the skeptics and the unconvinced, I submit a modern parable.

Now the man to whom I’m going to introduce you was not a scrooge, he was a kind, decent, mostly good man.  Generous to his family, upright in his dealings with other men, but he just didn’t believe all that incarnation stuff which the churches proclaim at Christmas time.  It just didn’t make sense, and he was too honest to pretend otherwise.  He just couldn’t swallow the Jesus story about God coming to earth as a man.

“I’m truly sorry to distress you”, he told his wife, “but I’m not going with you to church this Christmas eve”, he said he’d feel like a hypocrite, that he’d much rather just stay at home, but that he would wait up for them.  So he stayed and they went to the midnight service.

Shortly after the family drove away in the car, snow began to fall.  He went to the window to watch the flurries getting heavier and heavier and then went back to his fireside chair and began to read his newspaper.  Minutes later, he was startled by a thudding sound. Then another.  And then another; sort of a thump or a thud.  At first, he thought someone must be throwing snowballs against his living room window.  But when he went to the front door to investigate, he found a flock of birds huddled miserably in the snow.  They had been caught in the storm and in a desperate search for shelter, had tried to fly through his large landscape window.

Well, he couldn’t let the poor creatures lie there and freeze, so he remembered the barn where his children stabled their pony.  That would provide a warm shelter if he could direct the birds to it.  Quickly, he put on a coat and goulashes, tramped through the deepening snow to the barn.

He opened the doors wide and turned on a light. But the birds did not come in.  He figured food would entice them in. So he hurried back to the house, fetched bread crumbs, sprinkled them on the snow making a trail the yellow lighted, wide open door to the stable.  But to his dismay, the birds ignored the bread crumbs and continued to flop around helplessly in the snow.  He tried catching them.  He tried “shooing” them into the barn by walking around them waving his arms.  Instead, they scattered in every direction except into the warm lighted barn.

Then he realized that they were afraid of him.  To them, he reasoned, I am a strange and terrifying creature. If only I could let them know that they can trust me.  That I’m not trying to hurt them, but to help them.  But how?  Because any move he made tended to frighten them, confuse them.  They just would not follow. They would not be led, or “shooed” because they feared him.

At that moment the church bells began to ring.  The sound reached his ears above the sounds of the wind.  He stood there listening to the bells, Adeste Fidelis.  Listening to the bells pealing the glad tidings of Christmas.  And he sank to his knees in the snow.

We’ve been singing this beautiful prayer before lunch.

My daughter, Kelsey, spent a few hours with us today.
She is home from college in Nashville. 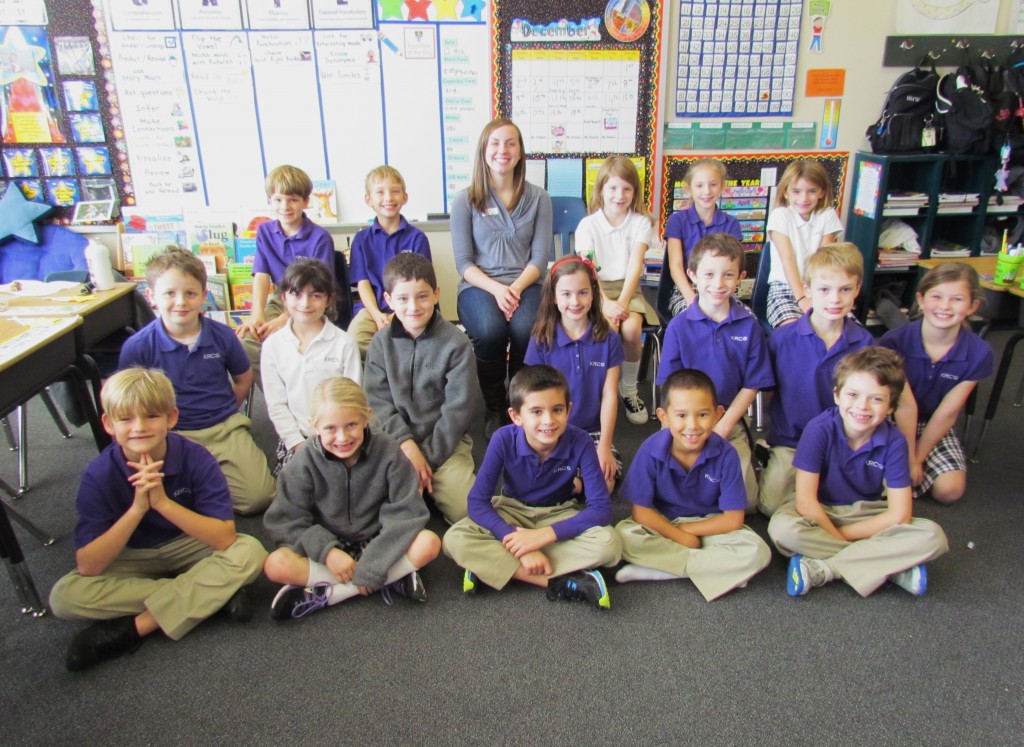 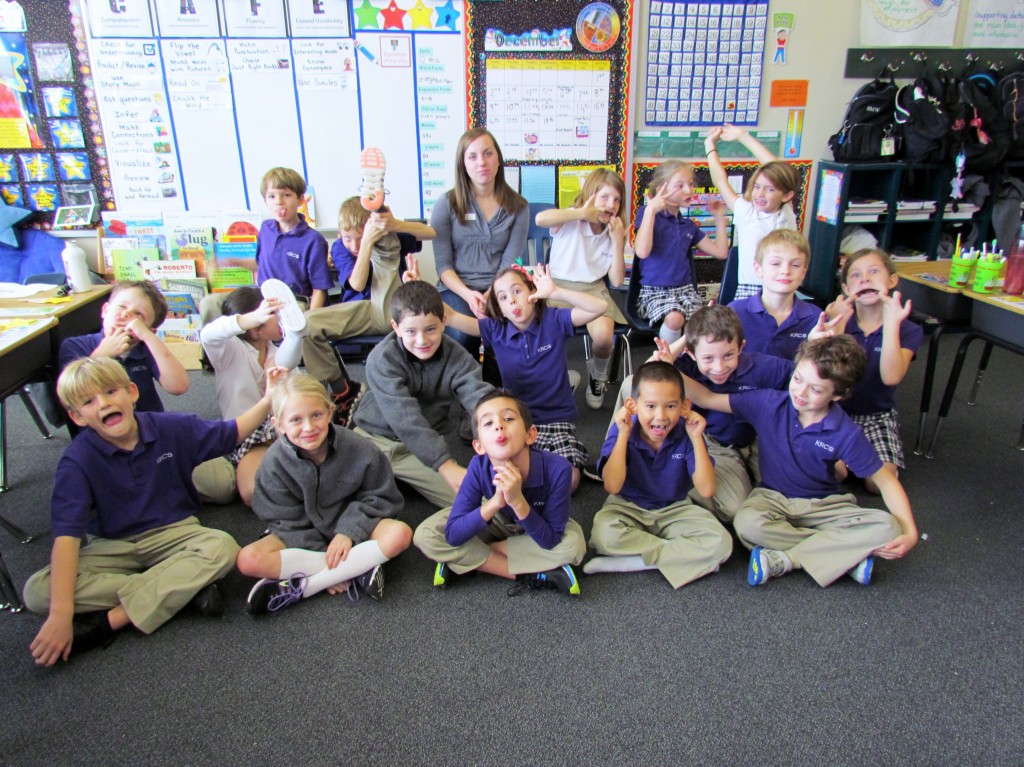 Our room mom treated us to Christmas donuts.
We enjoyed the treat after our social studies test.  Thanks Liz! 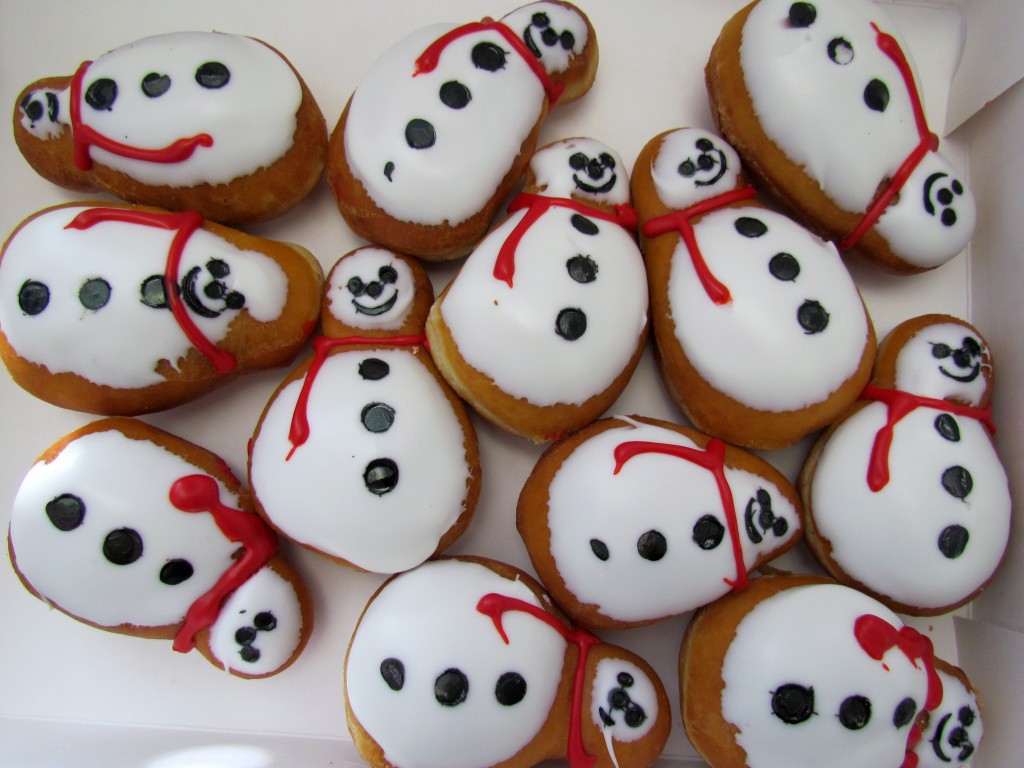 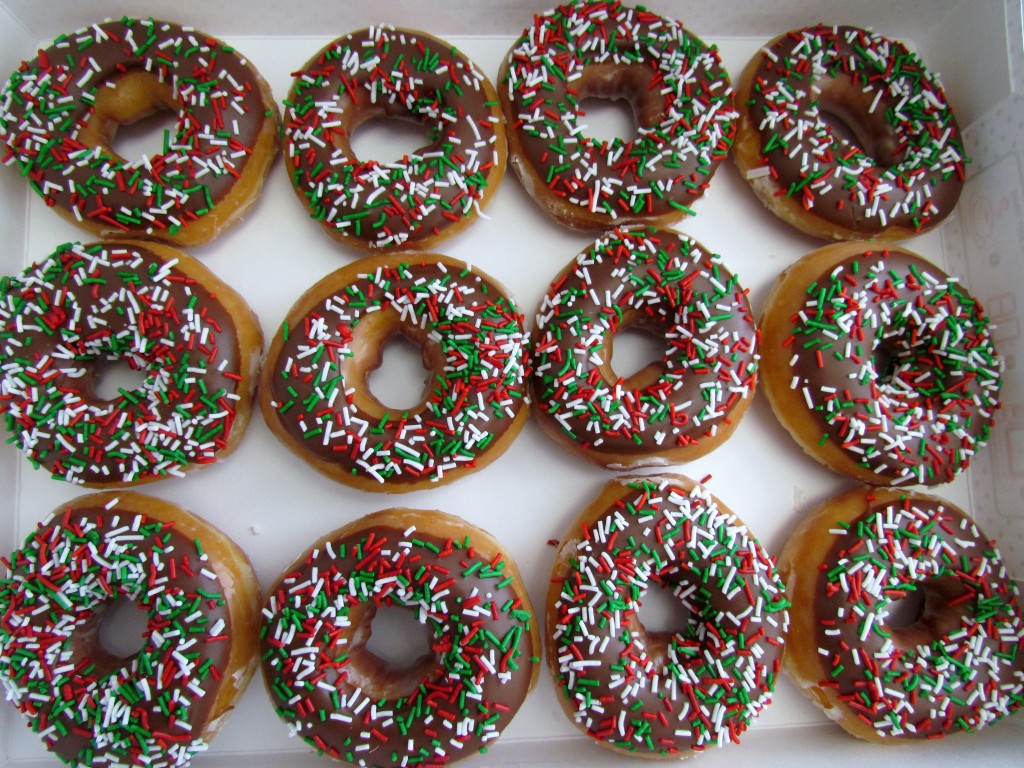