Second grade physicists continued their study of force (push or pull), motion (change of position), and energy. I demonstrated the difference between potential and kinetic energy with several science gadgets and briefly introduced Sir Isaac Newton. I explained that energy cannot be created or destroyed, but it can transferred or changed from one form to another. We moved to the tables to investigate Newton’s Cradles, which are named after this famous physicist and mathematician.

We explored even and uneven forces and observed how energy was transferred between the balls. I gave instructions on how to move the balls, but before they pushed or pulled them, these young scientists predicted how they would move. 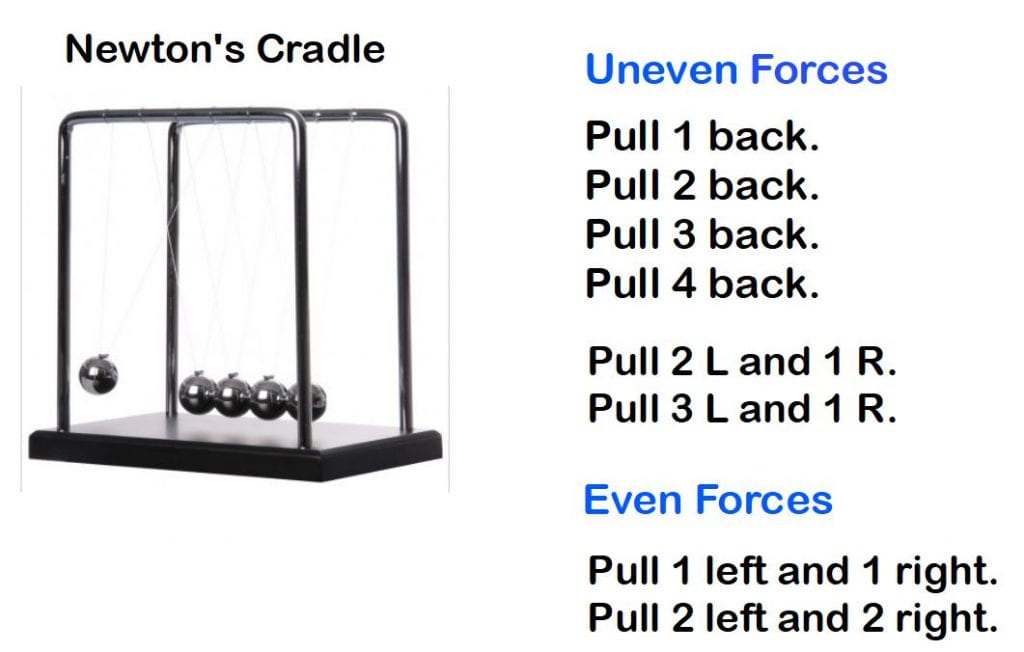 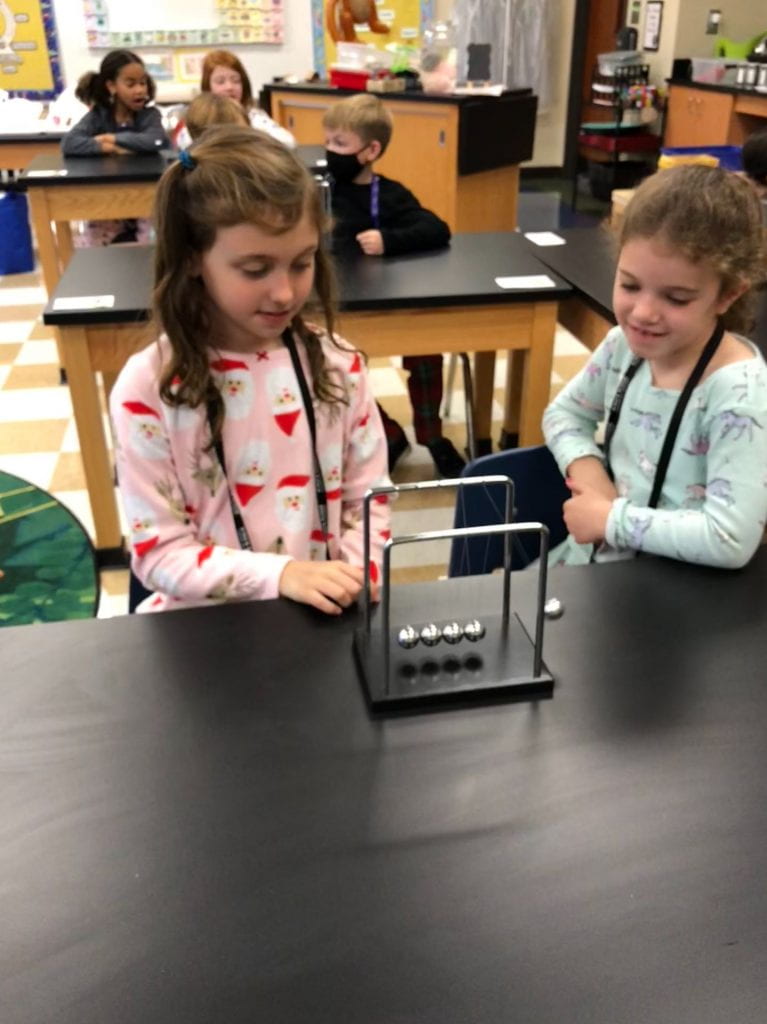 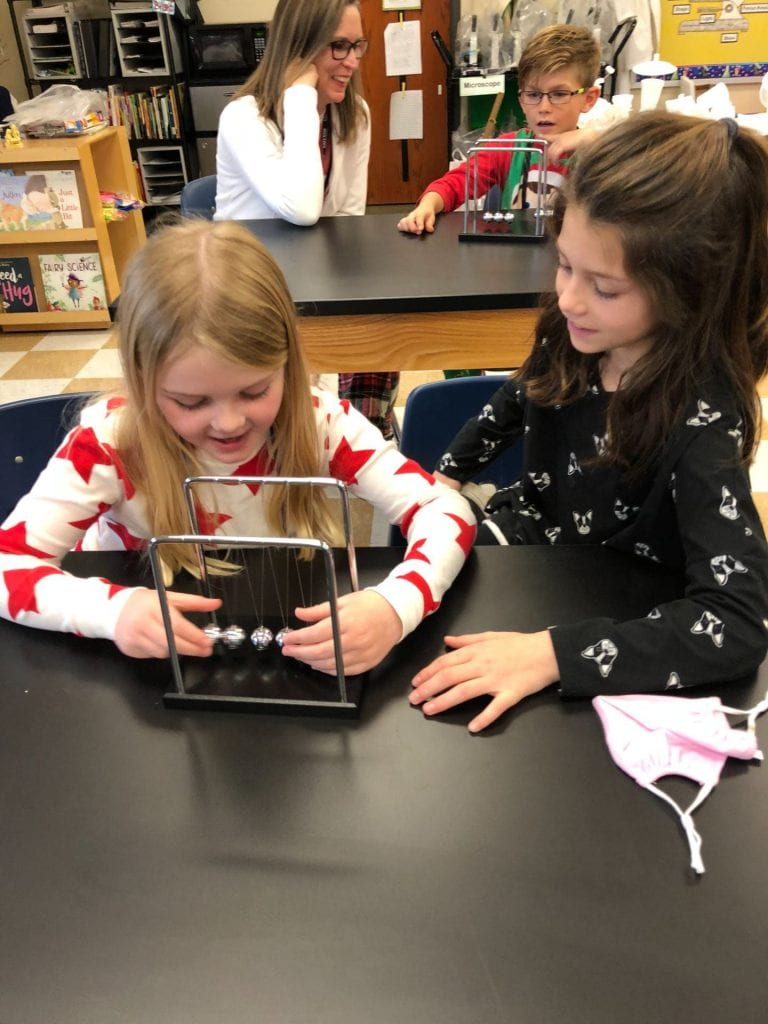 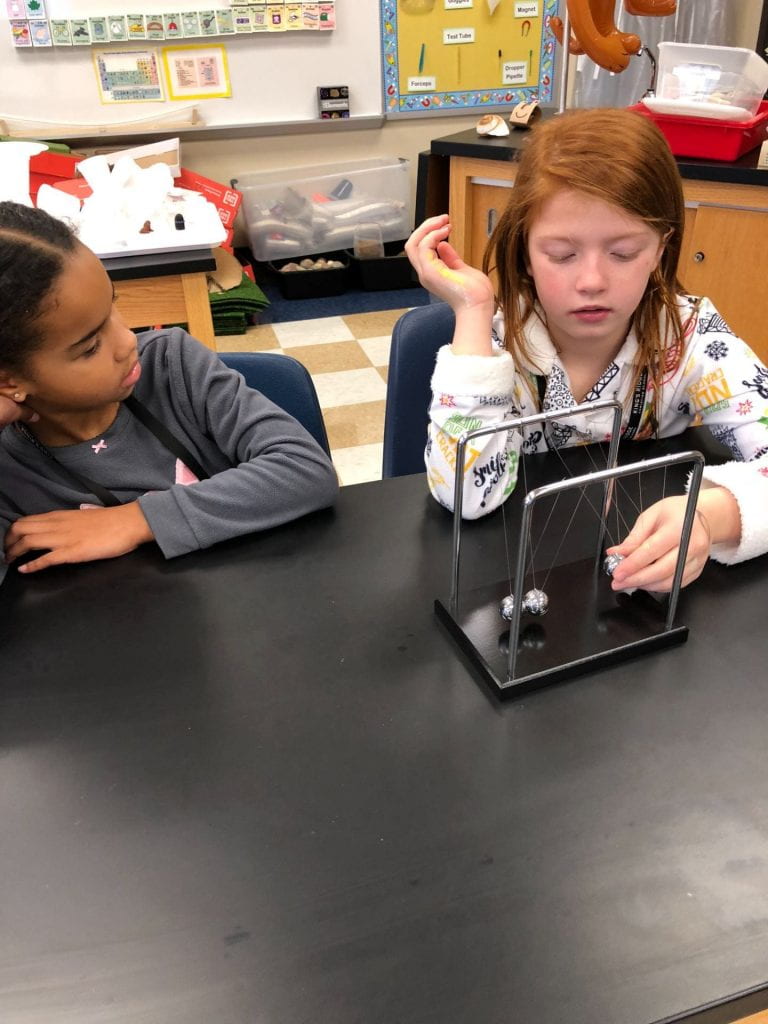 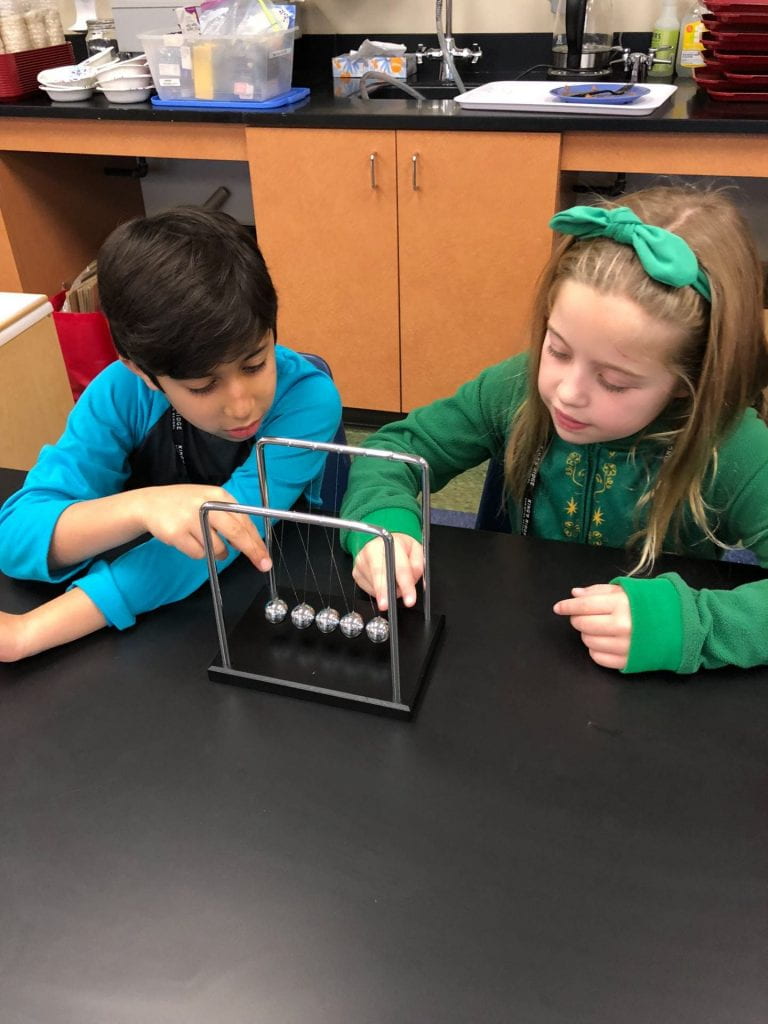 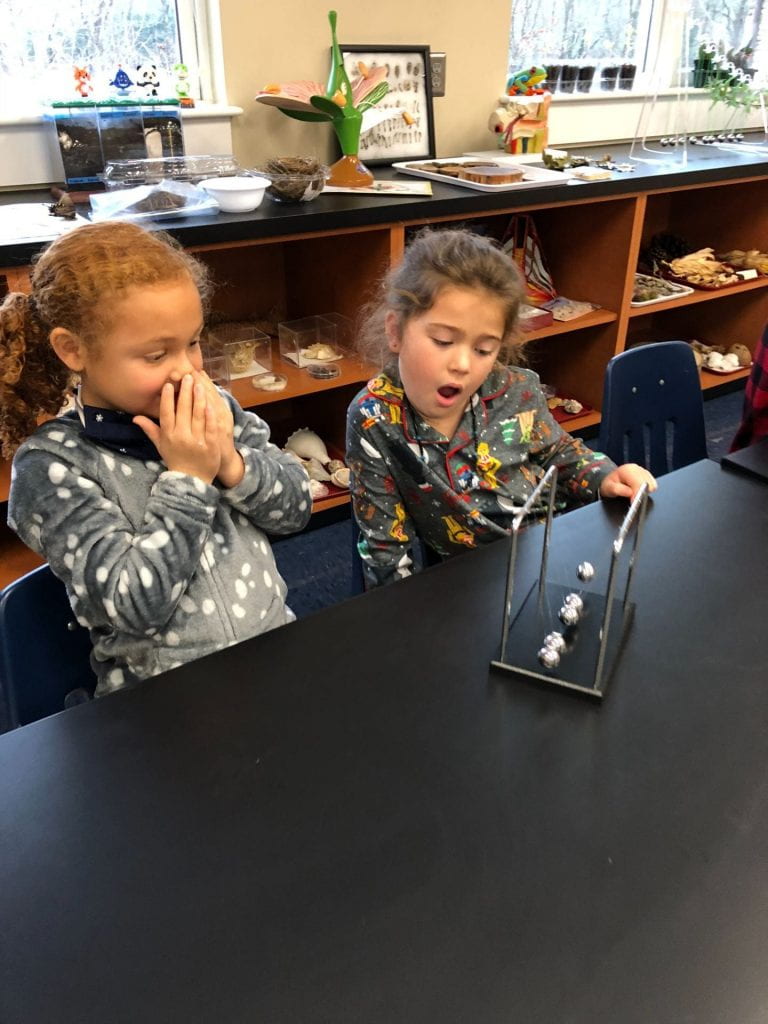 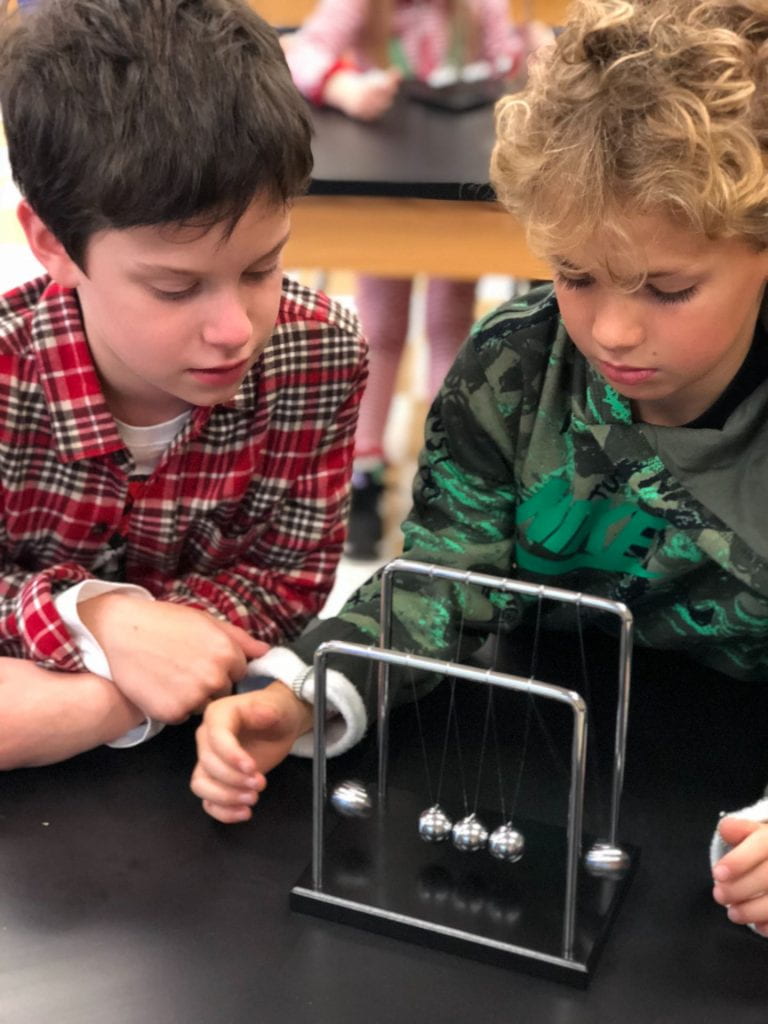 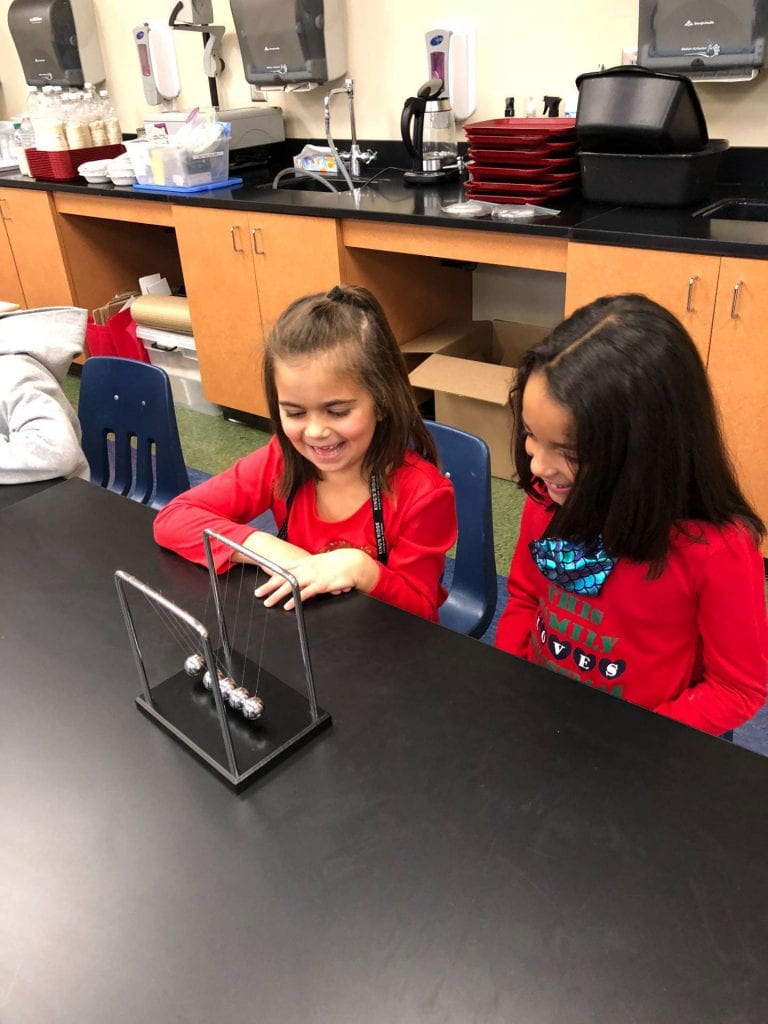 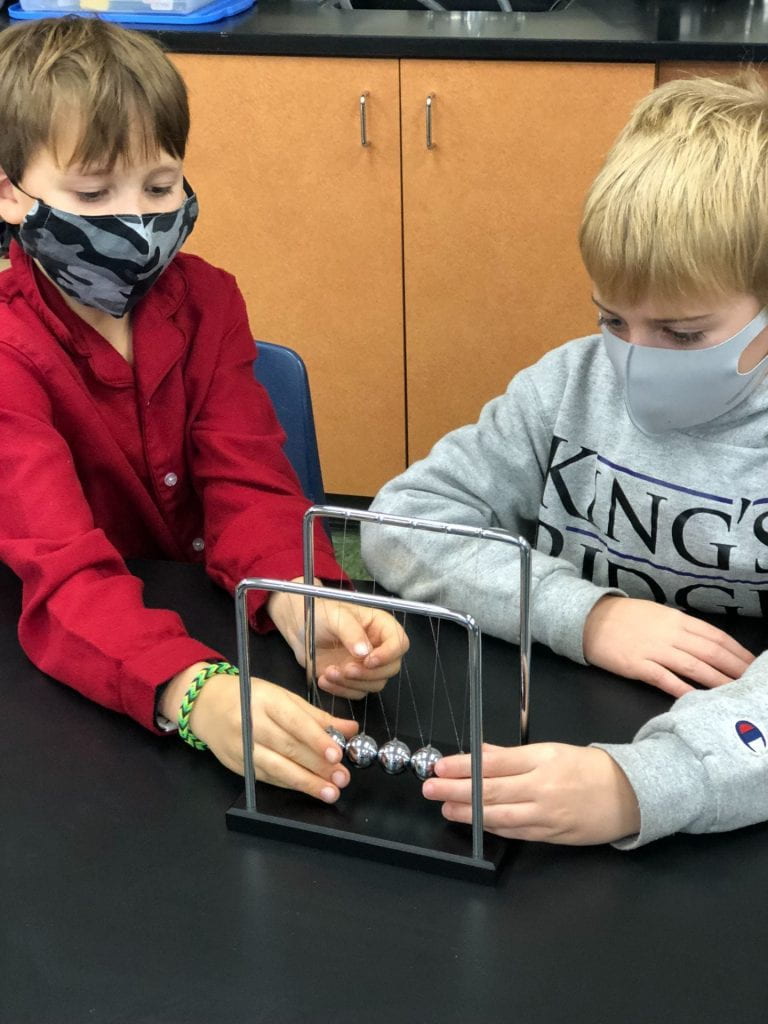 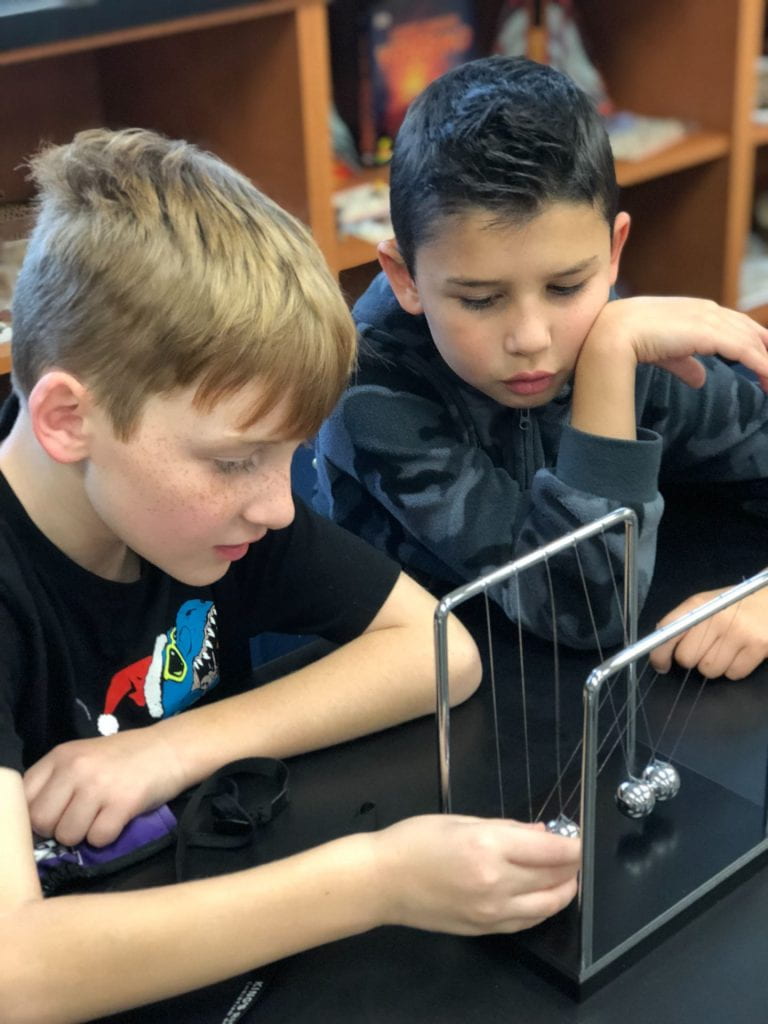 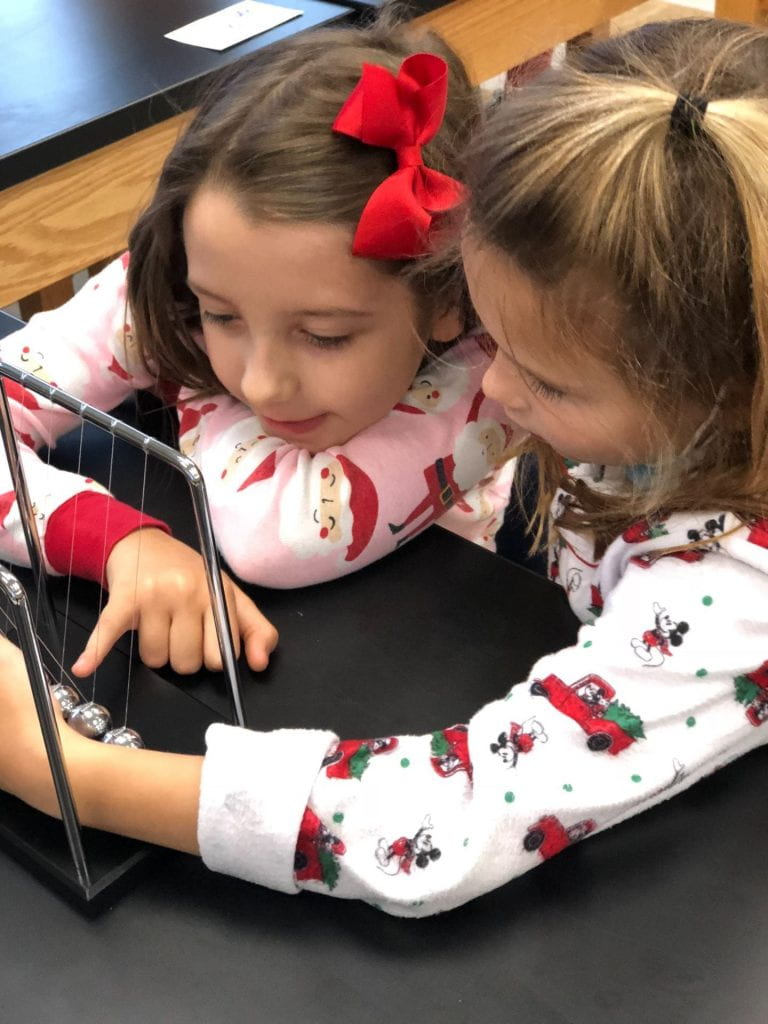 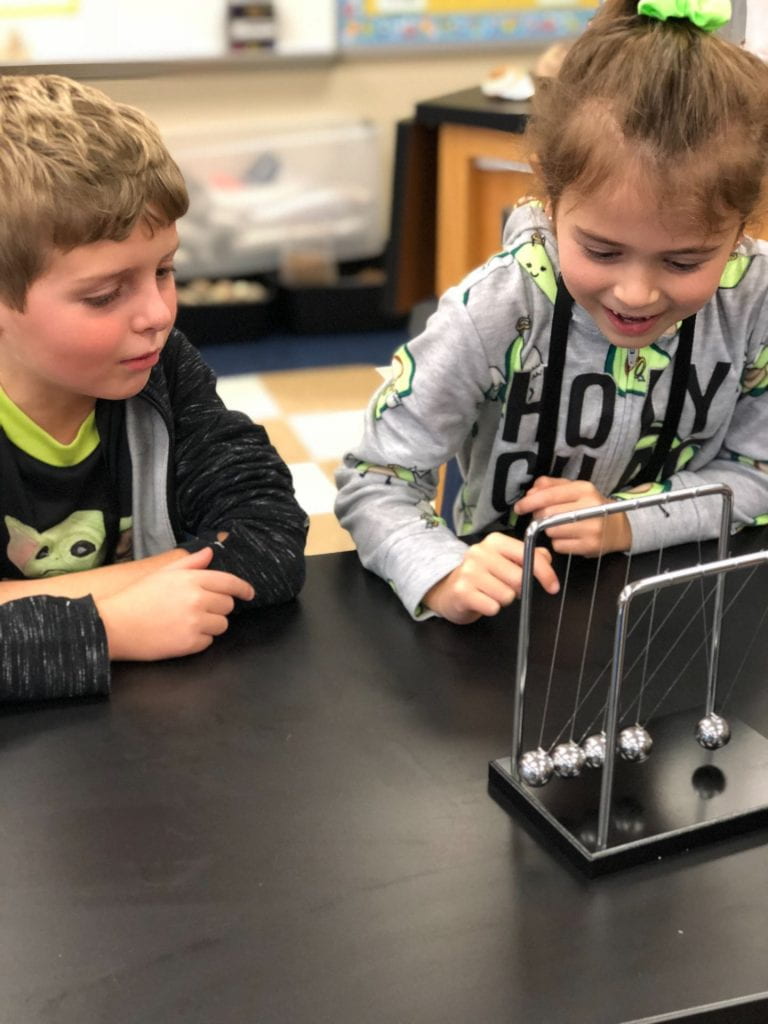