My first grade scientists continued their study of matter with a lab about absorbency. First we had a little fun with this water absorbing polymer. Click here to learn more. I hid the white polymer powder in a Styrofoam cup and then poured water into the cup. I turned the cup over students’ heads, but nothing spilled on them! 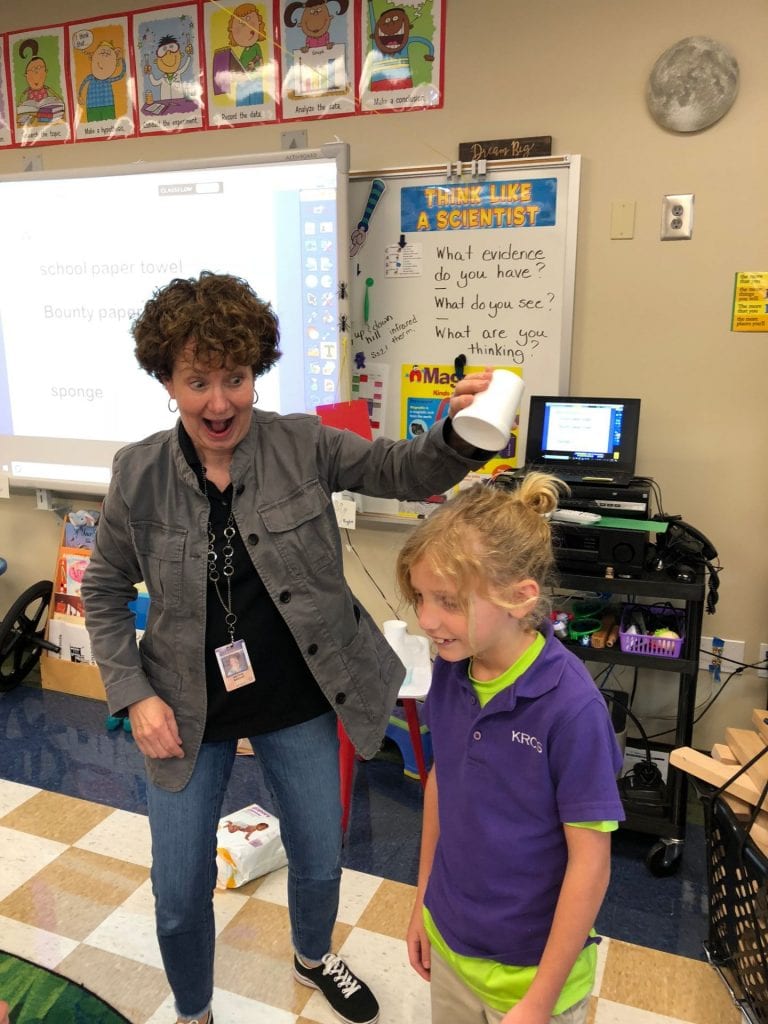 The liquid had become a solid. I explained that diapers are filled with the same polymer. We poured water into diapers and turned them over after we cut one open. They were much heavier, but nothing leaked out!

We closed lab by discussing why we want some items (towel or a sponge) to be absorbent, while wanting other items (raincoat, boots, or a bathing suit) to be nonabsorbent. 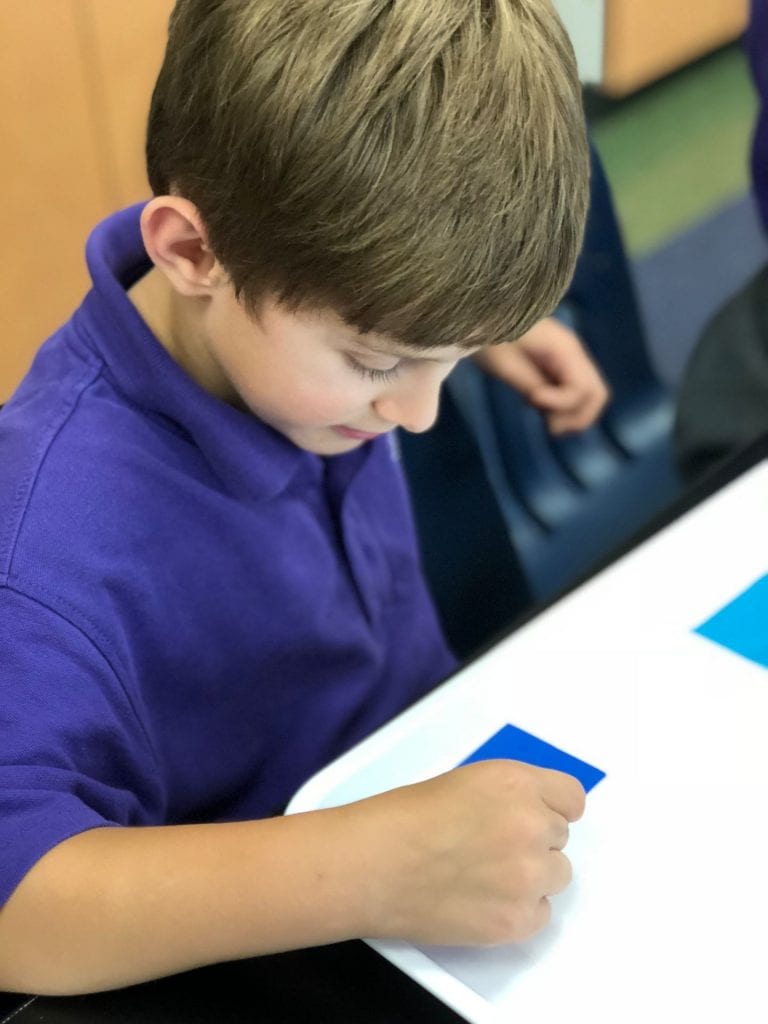 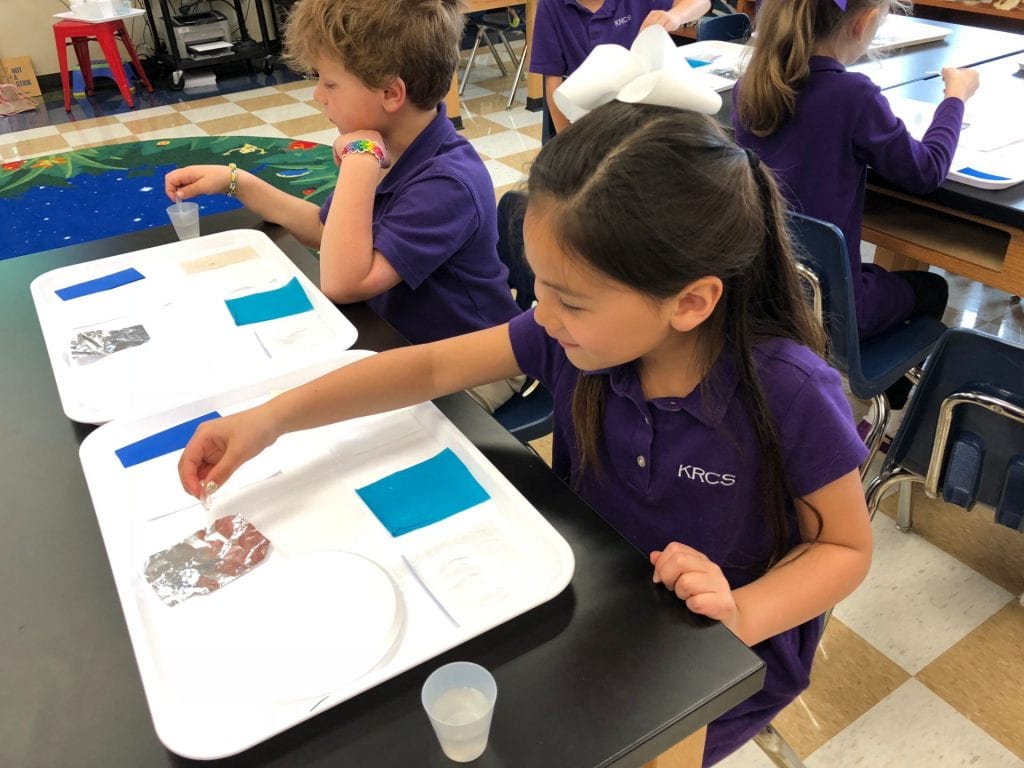 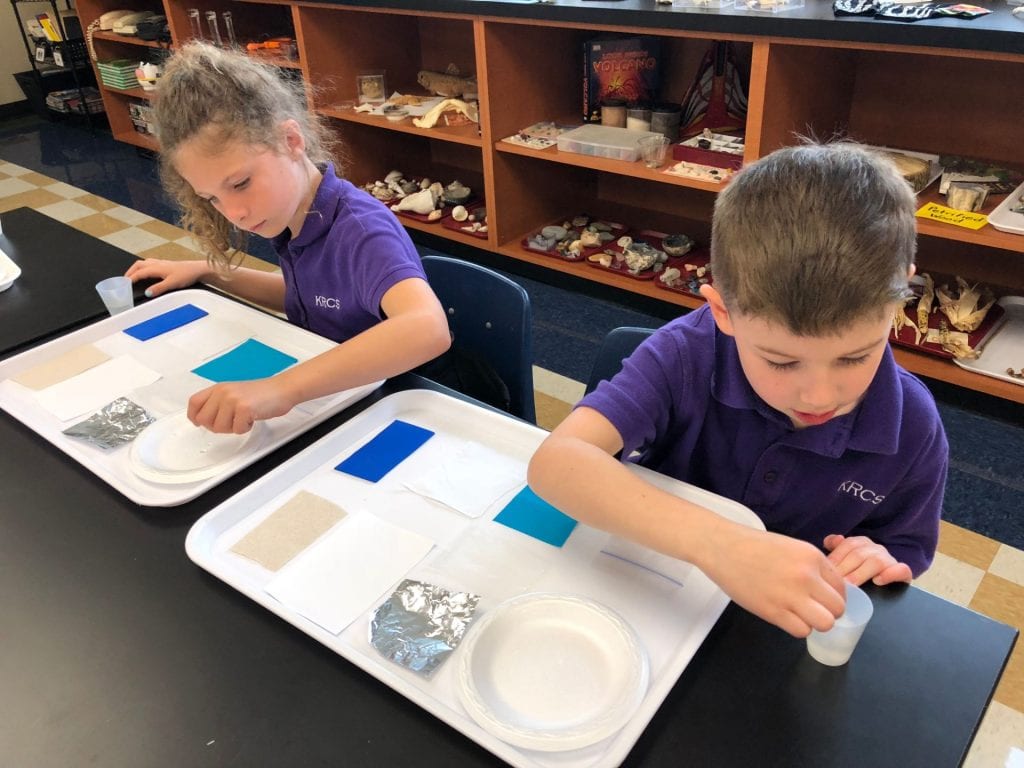 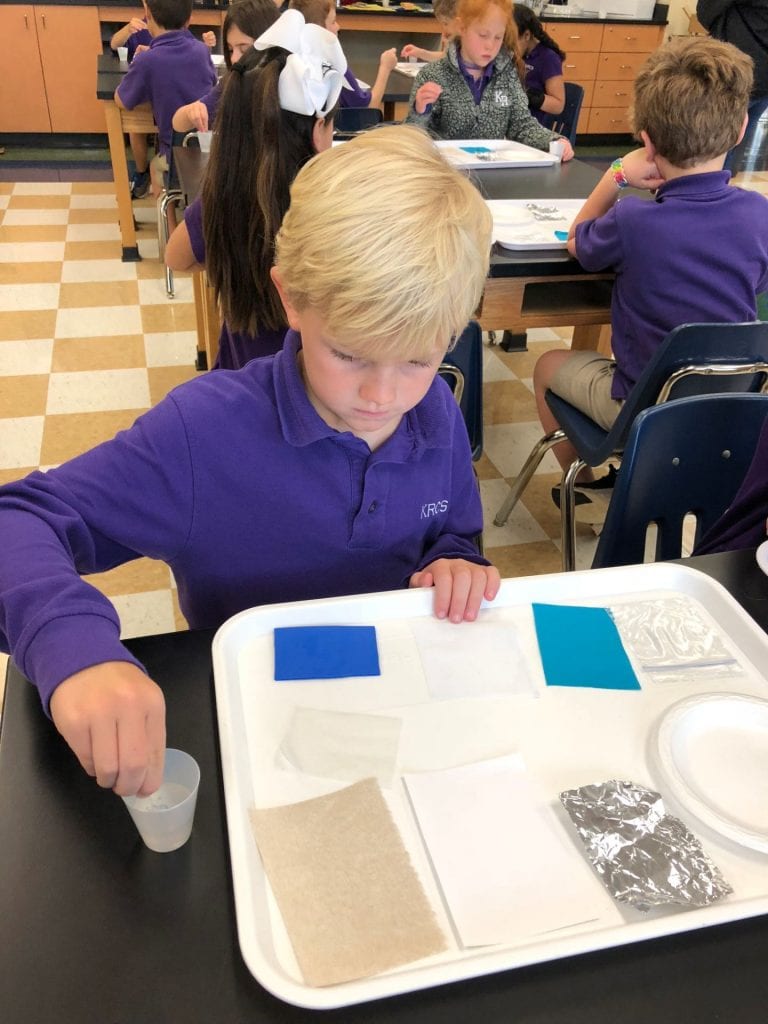 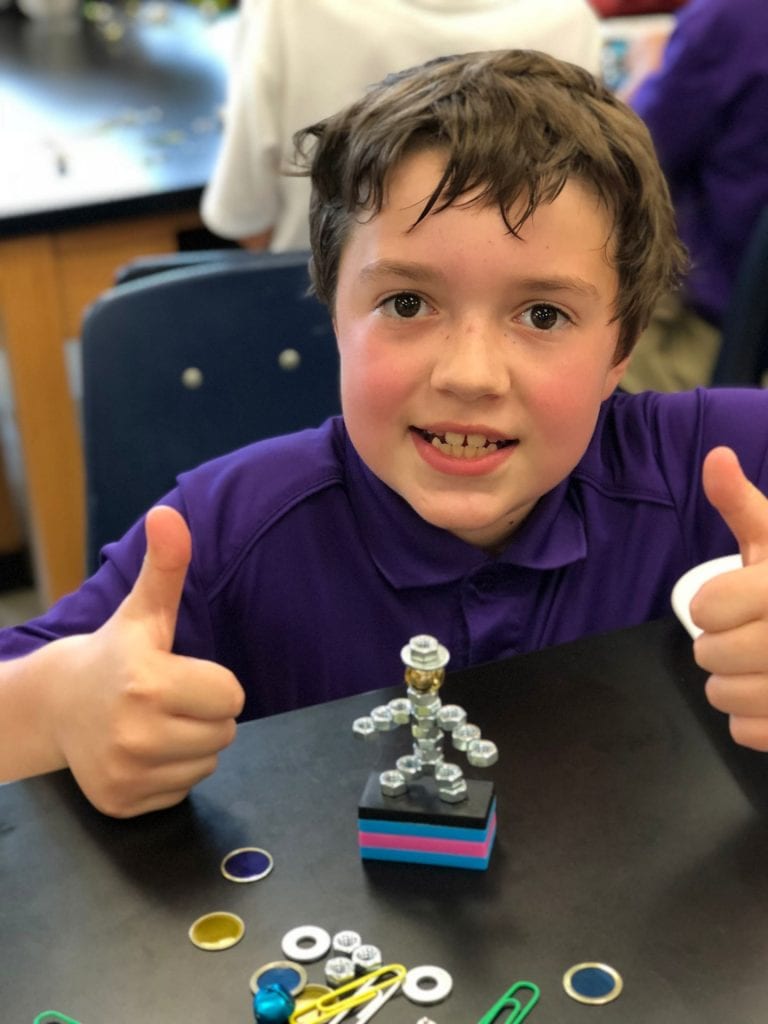 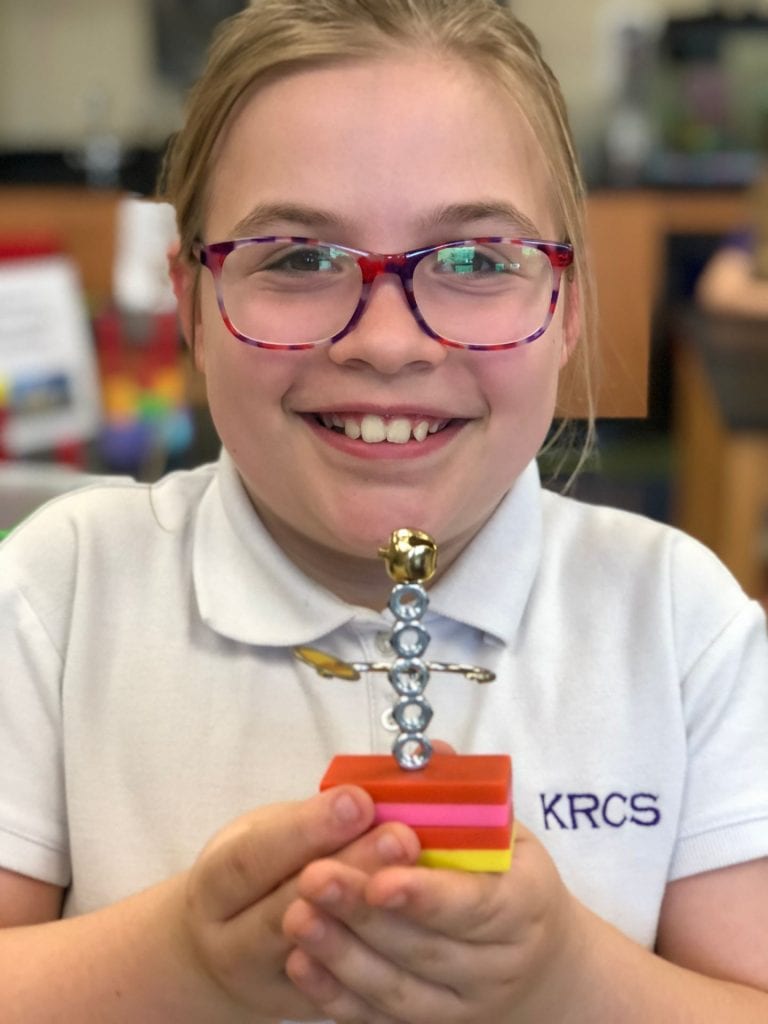 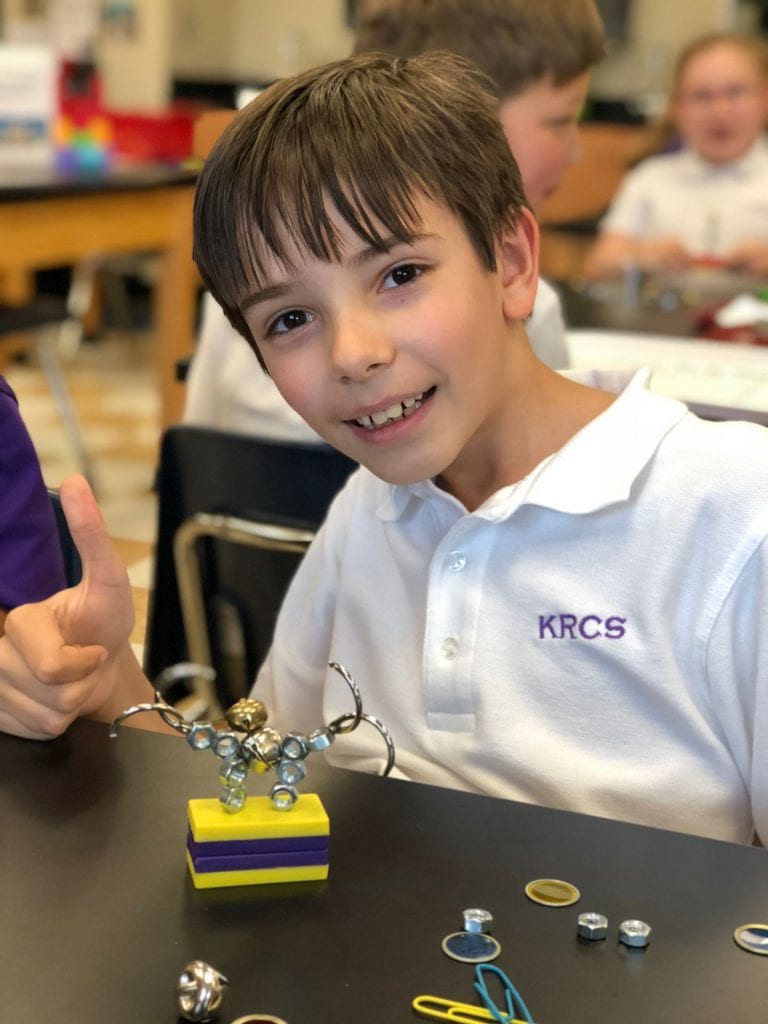 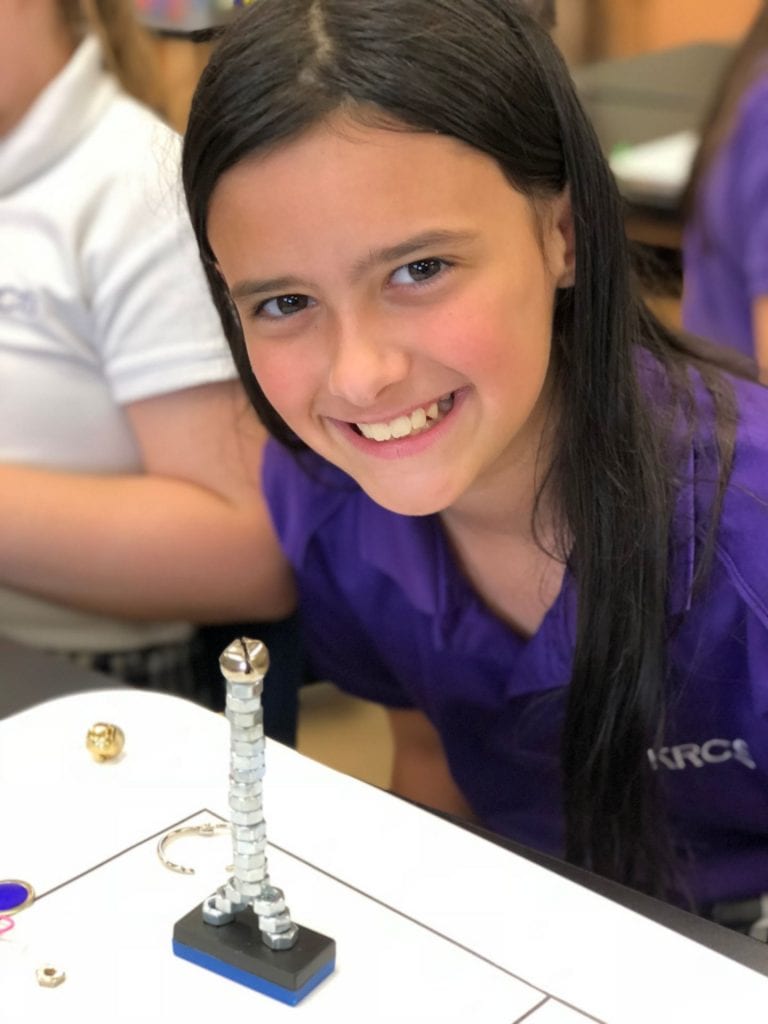 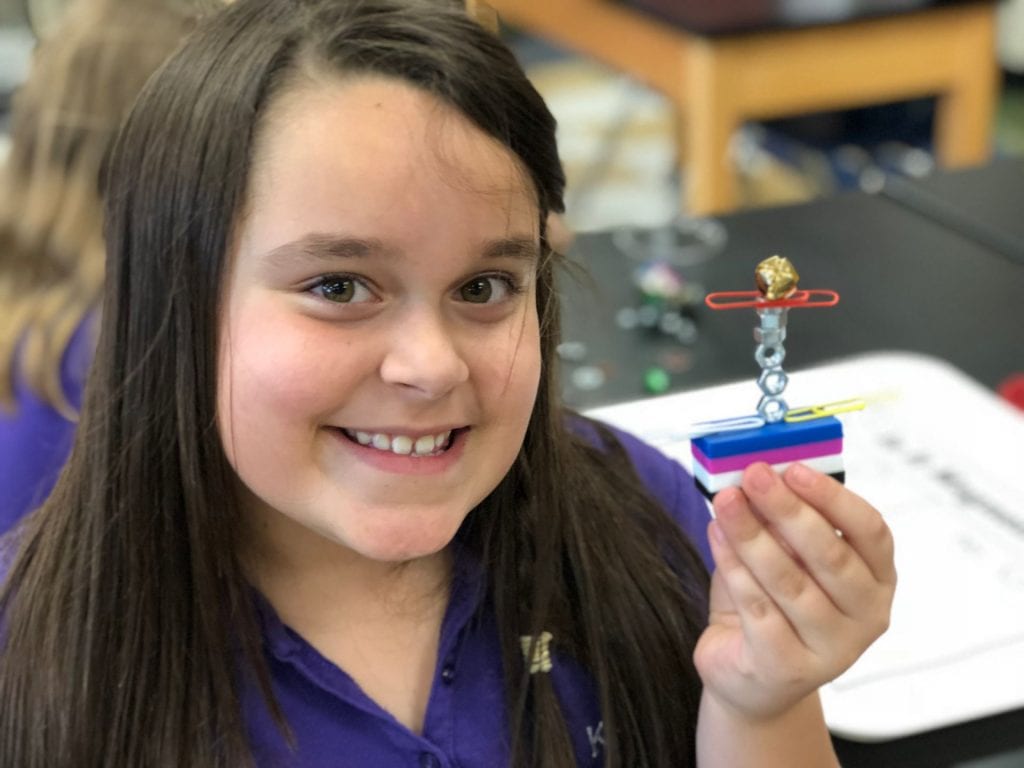 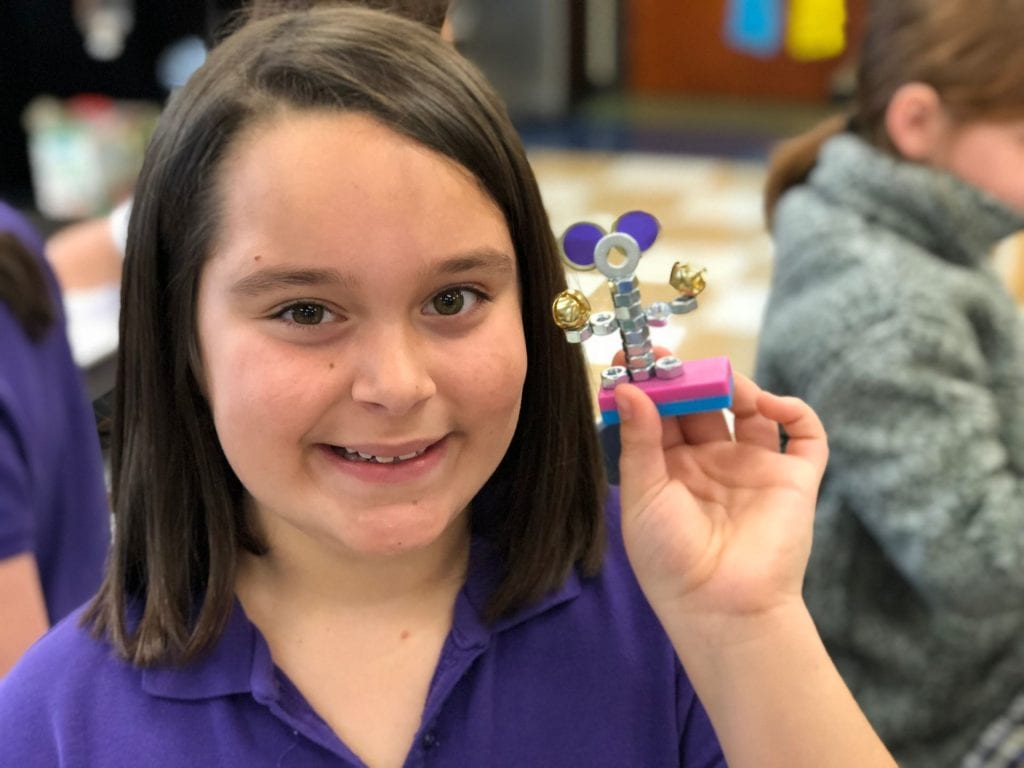 Play is the highest form of research. Albert Einstein

Third graders discovered how to make a thermometer. The colored water rises and falls as the temperature changes. Click here to learn more. 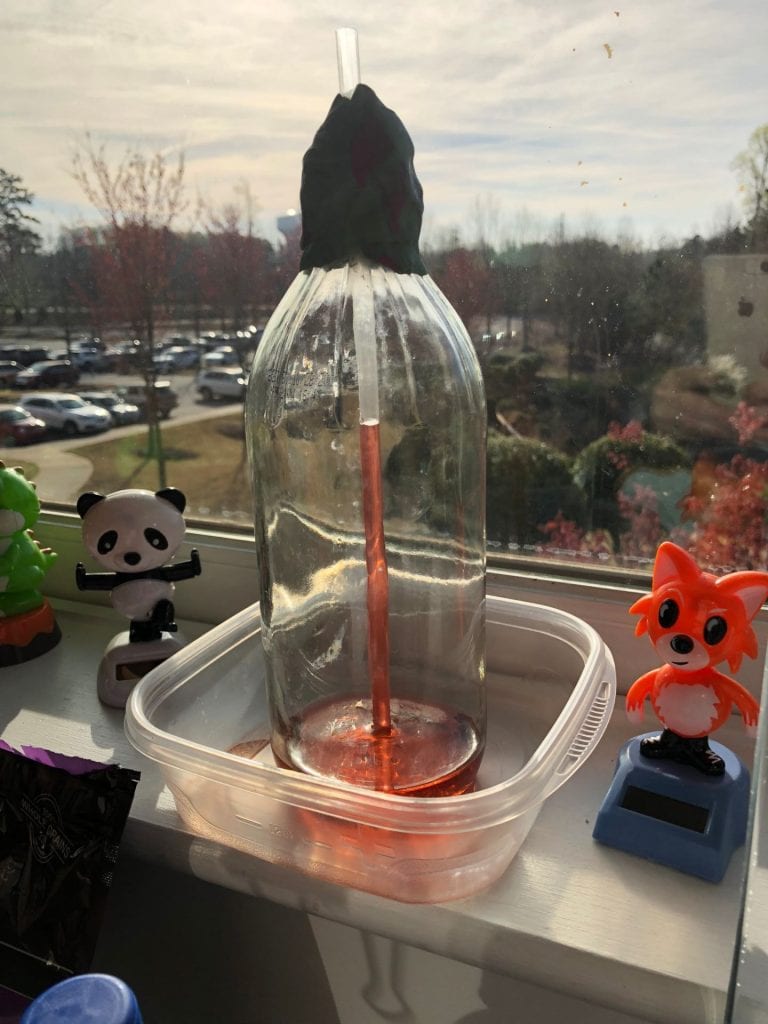