Kindergarten scientists investigated illusions at the beginning of lab. A picture of a pumpkin and another of a jack-o-lantern face were glued back to back on a pencil. On another pencil, an orb web and a spider were glued together. When we rubbed the pencils, it appeared the objects were together. The spider jumped into the web and the face was on the jack-o-lantern. Try this at home using different pictures! (It was community helper day.) 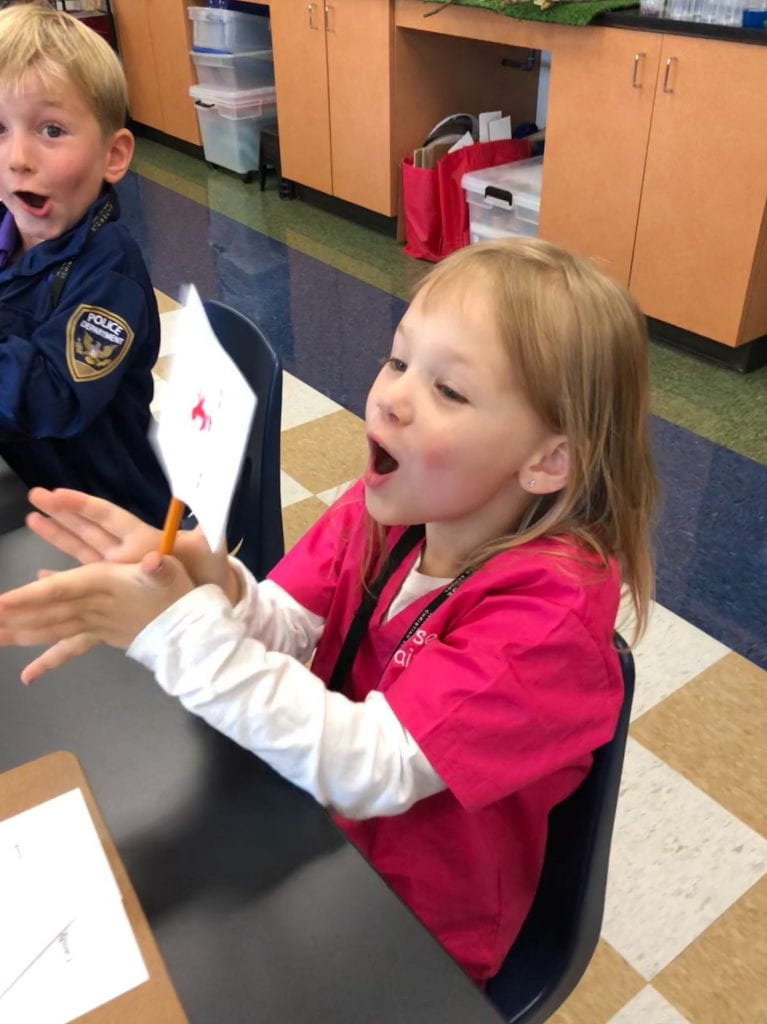 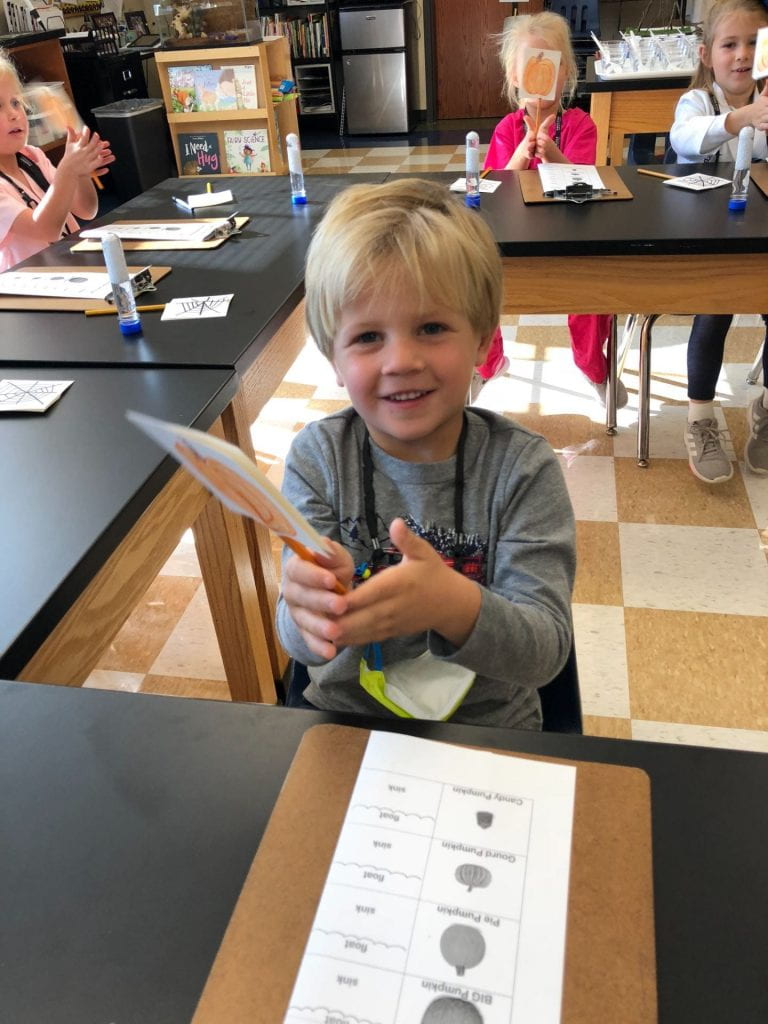 Then we began a discussion about why some objects float while others sink. Each scientist had a baby soda bottle filled with Styrofoam balls and water. When turned in any direction, the balls raced to the top. Why? 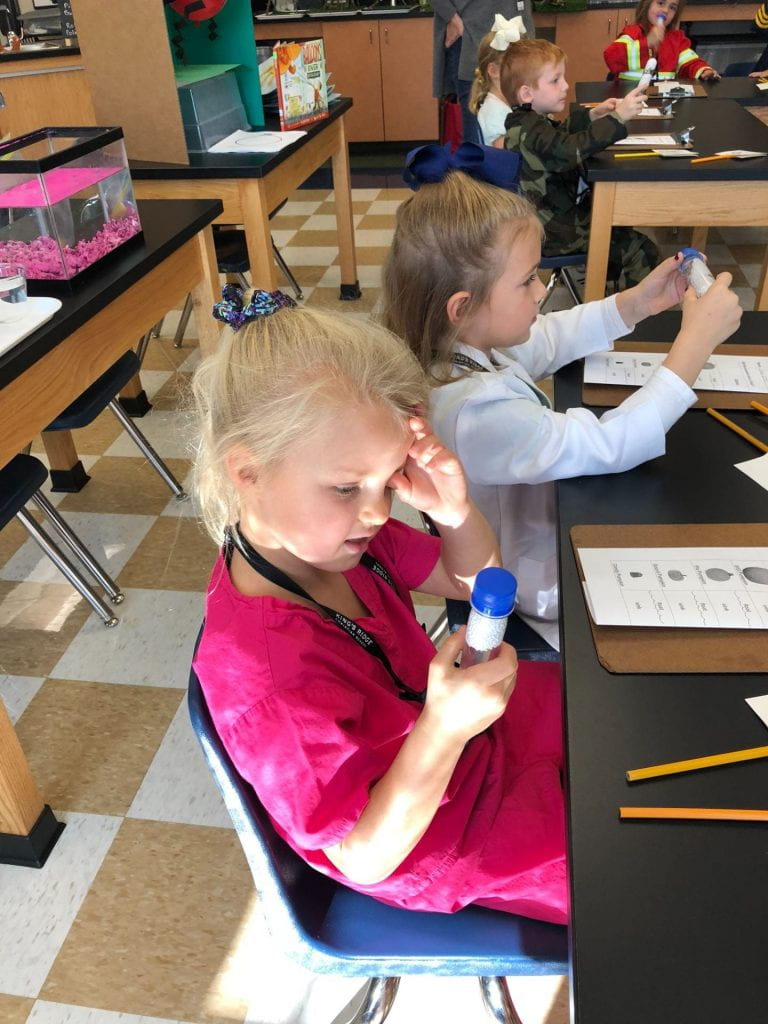 This is one of my favorite investigations because it turns their thinking upside down, makes them ponder, and ask questions! I presented my scientists with four pumpkins – a large pumpkin that could be used to carve a jack-o-lantern, a pie pumpkin, a gourd pumpkin, and a candy pumpkin. We weighed each of the pumpkins and then hypothesized which would float and which would sink. Most of my scientists agreed that the bigger, heavier pumpkins would sink, while the smaller, lighter pumpkins would float. To their surprise, just the opposite occurred. Why? I introduced the word density. When our hypotheses don’t match our results, we learn something new. That is exciting!! 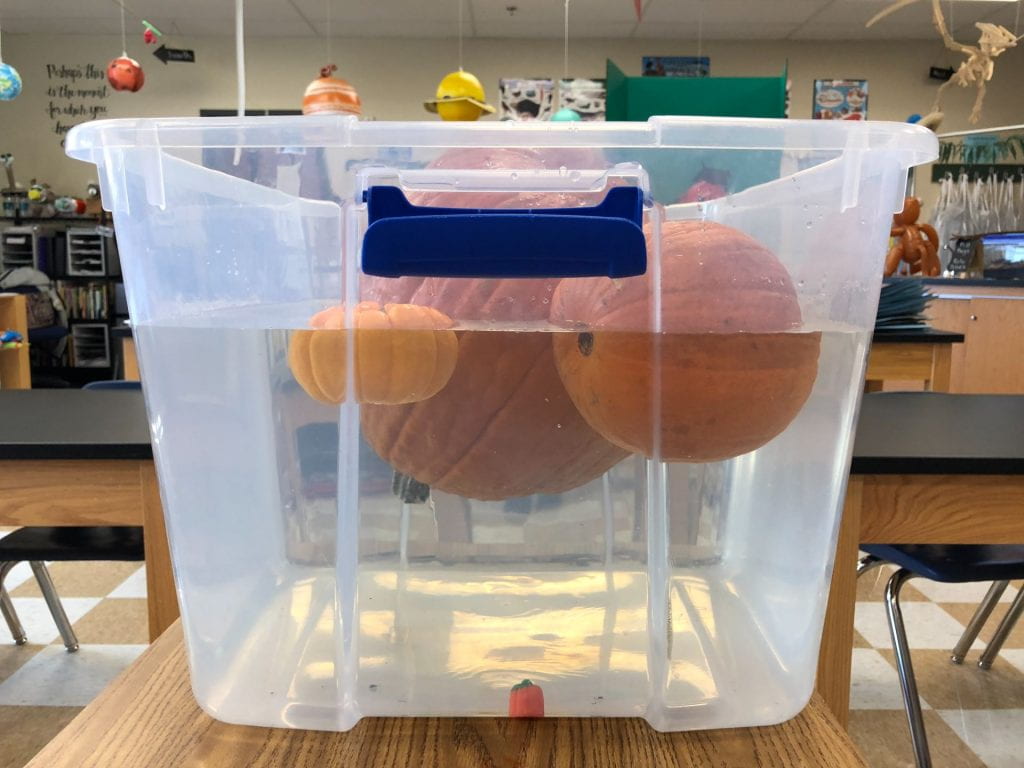 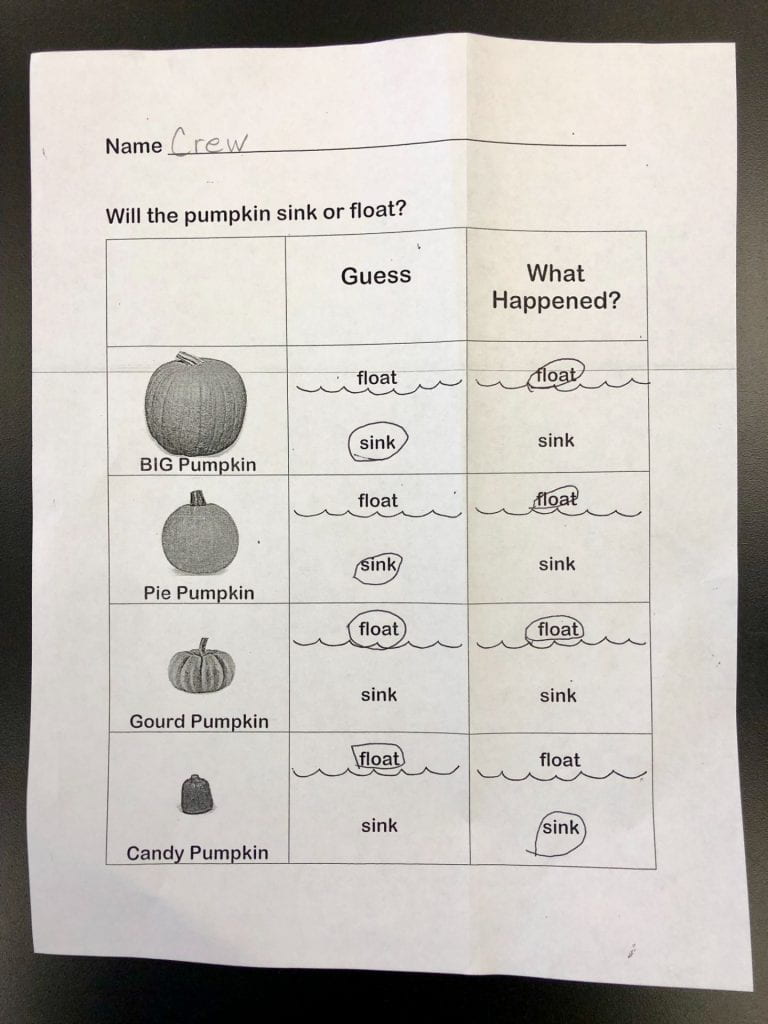