I’ve posted about joro spiders before. Click here to go to that post. These arachnids are spreading all over Georgia and other neighboring states. I began seeing small spiders in early summer, but they are quickly growing to their three-inch size. Joro spiders, an invasive species originating from tropical parts of Asia, are “cousins” of the golden silk spider (banana spider) which is common in the southeastern United States.

Joro spiders are easy to identify. Their long legs and abdomens have yellow and black stripes, and a red mark is located on the underside of the female’s abdomen. 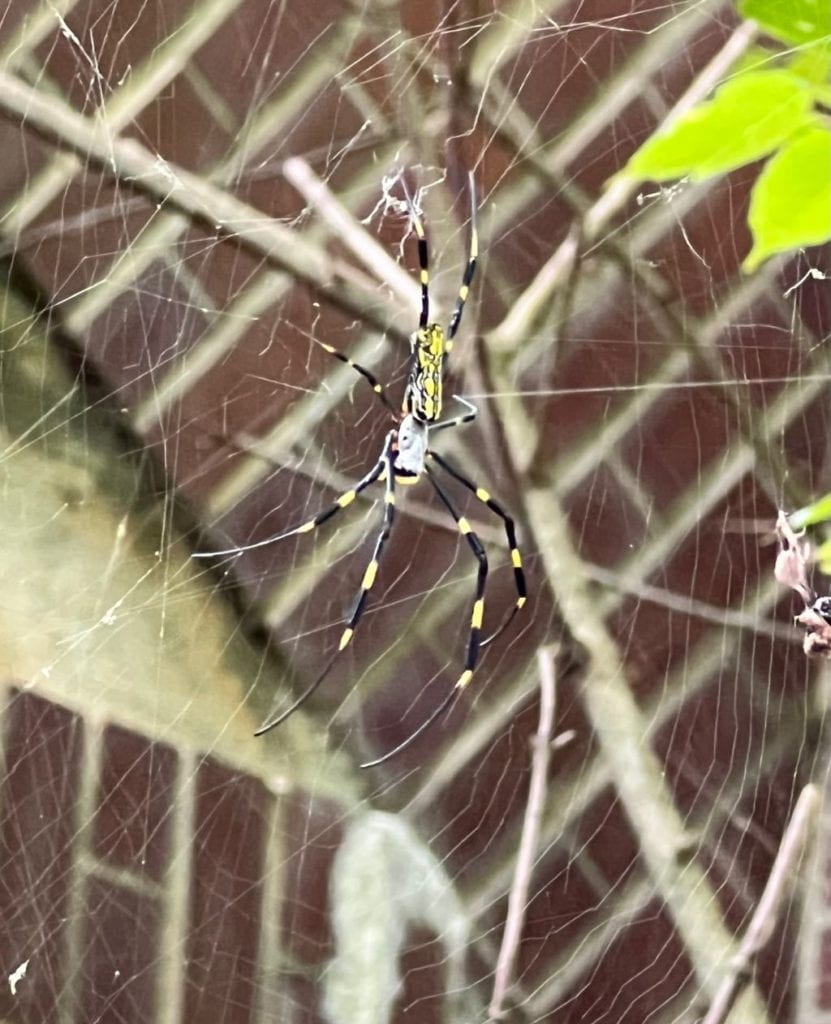 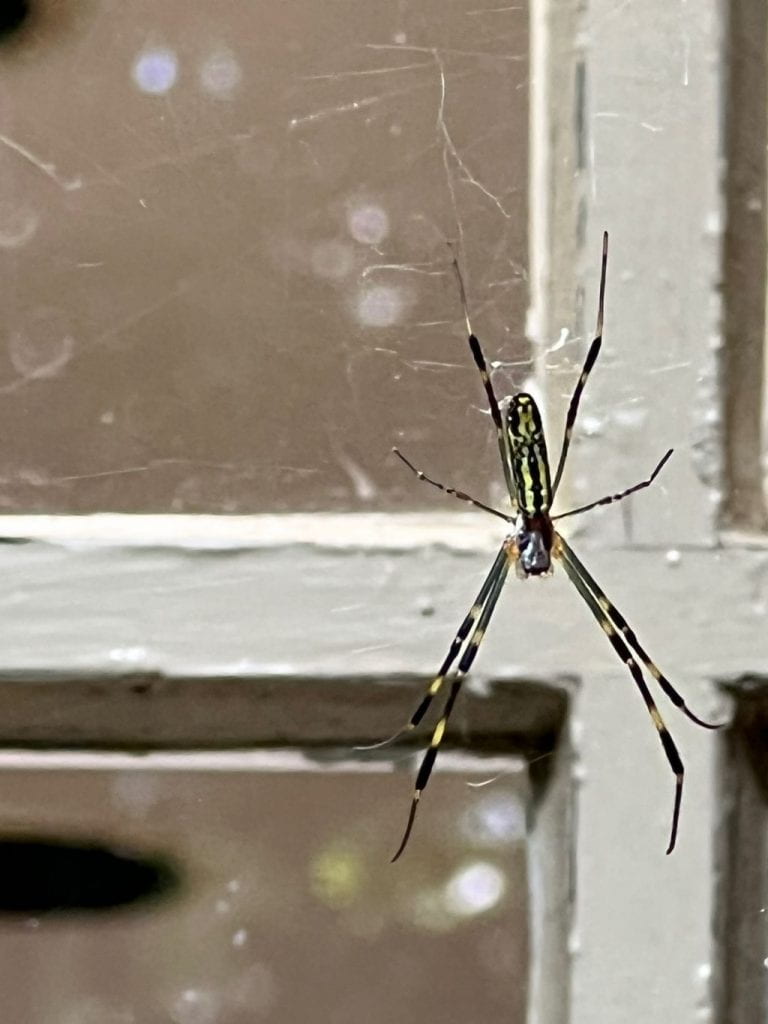 These spiders weave giant golden 3-D orb webs that can span 10 feet. The precision and design of an orb web is one of the most beautiful sights in nature! 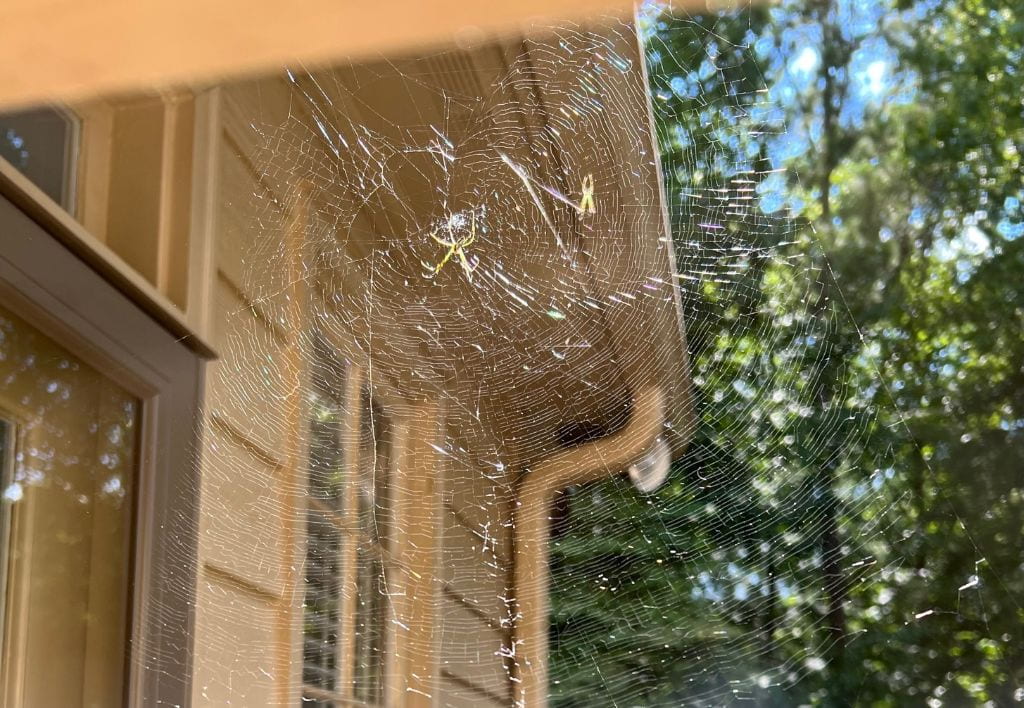 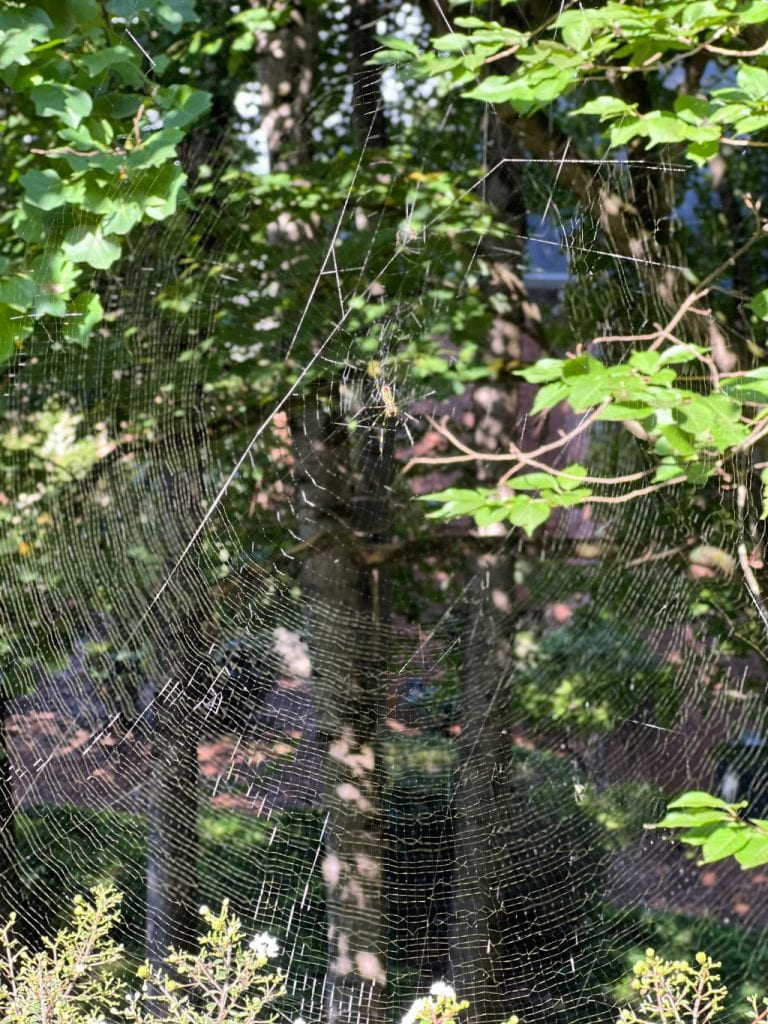 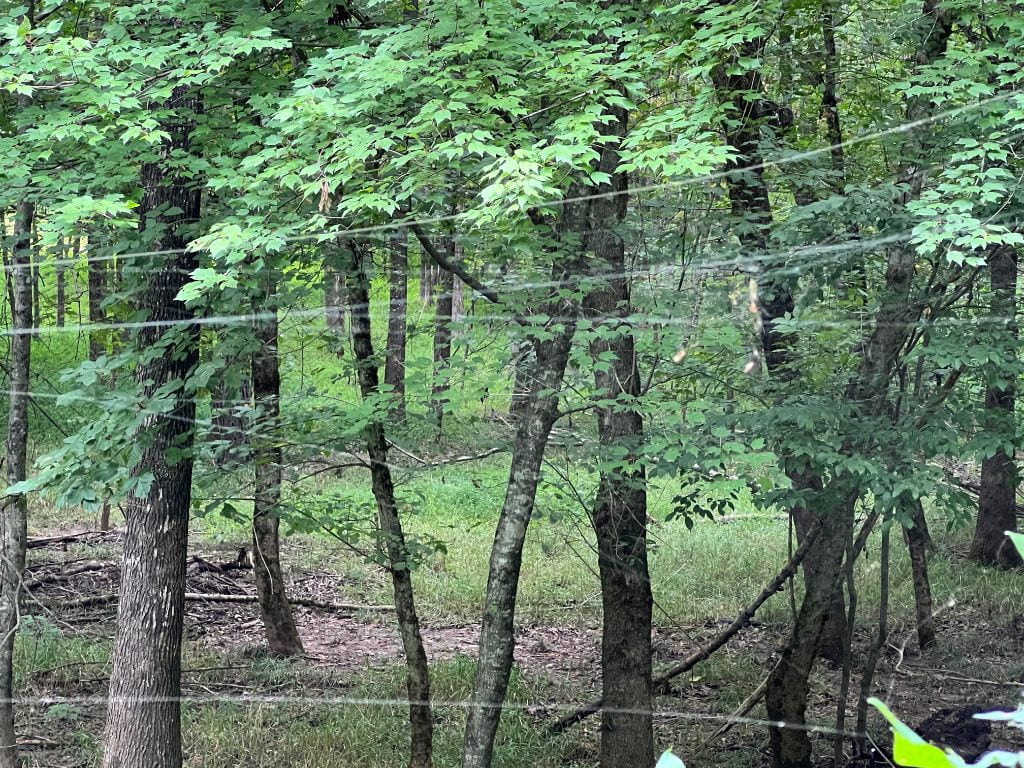 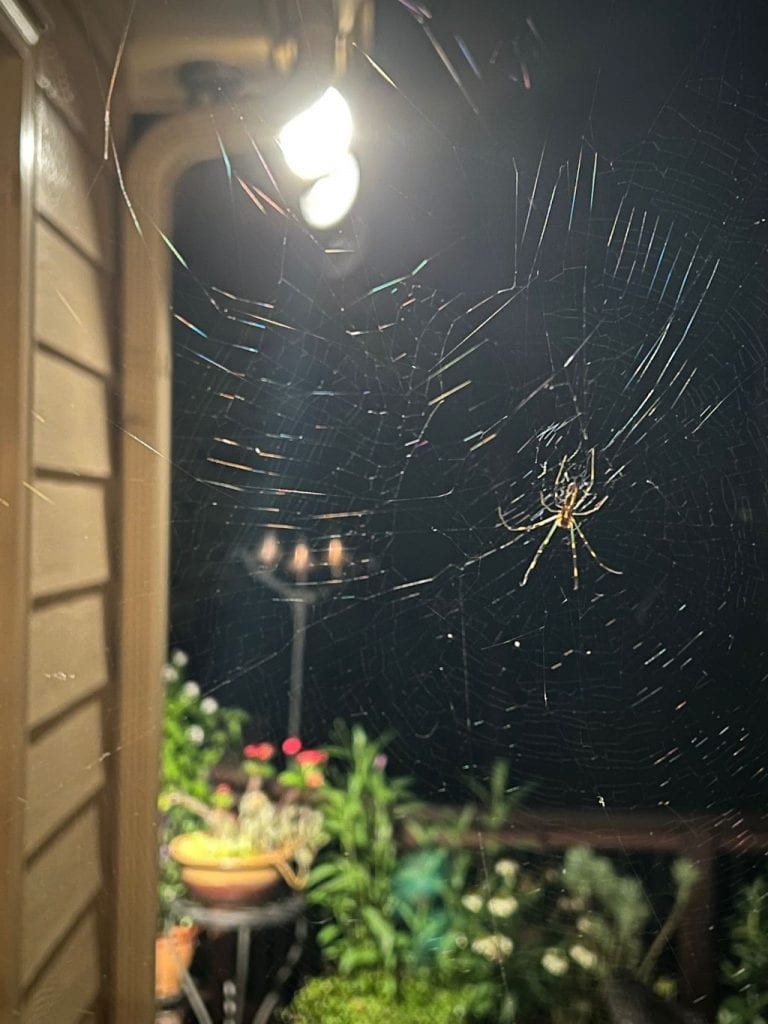 Grateful that their bite cannot harm people or pets. After females lay their egg sacs in late summer, they will die at the first frost. Four to five hundred spiderlings will hatch next spring. Joro spiders travel via ballooning, meaning they use their silk to ride air currents. Could this explain how the Joro spider population has spread so quickly?

I’m starting to spot male spiders, smaller and less colorful than the females, in the webs. 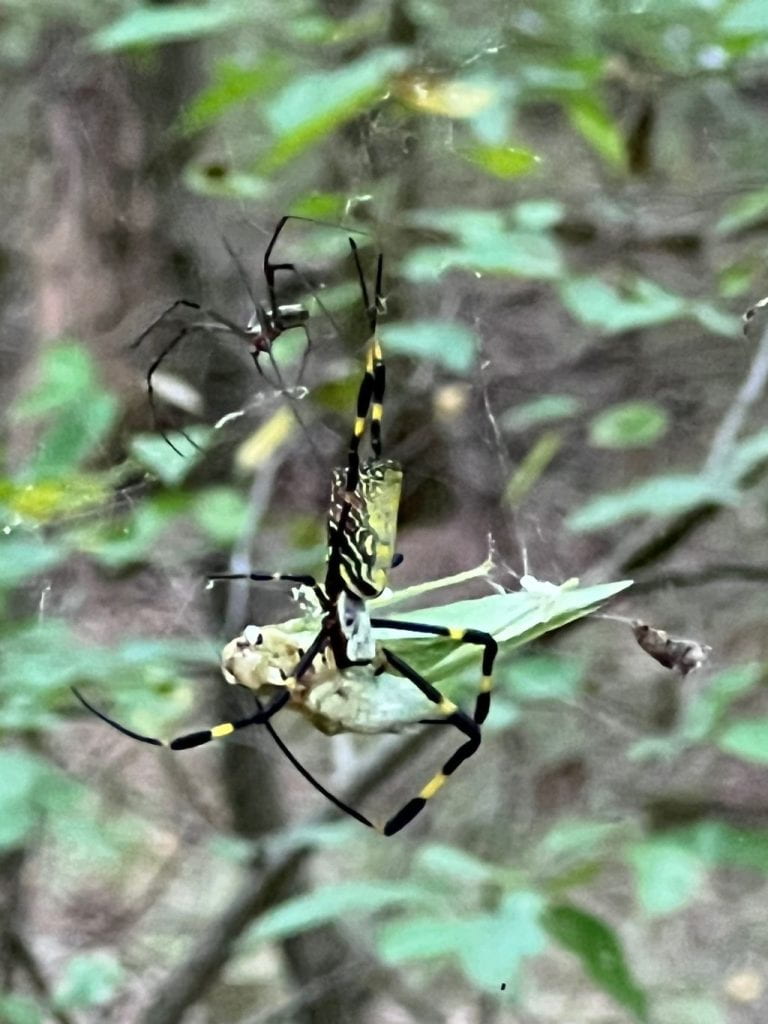 Just added this book to my library. 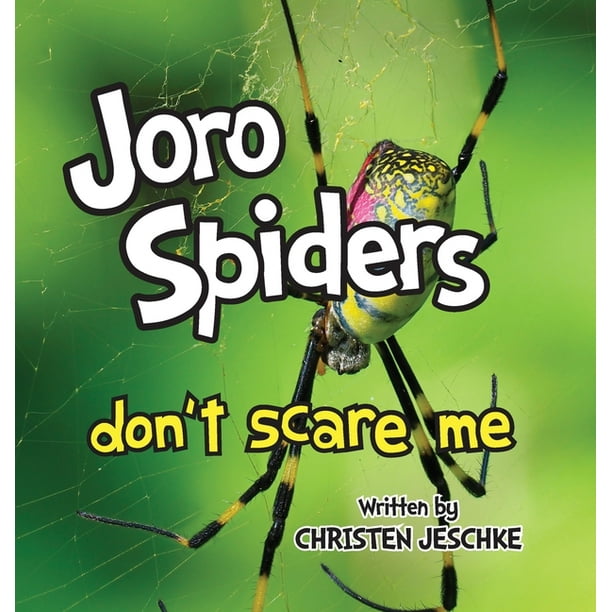 The construction of orb webs fascinates me, and I’ve posted about them several times. Click here to see orb webs one foggy morning and click here to see a web in a window. You can spray orb webs with a fine mist to see the details of the webs. Gently throw a leaf into the web and watch how the spider interacts with it.

The Very Busy Spider by Eric Carle is a fun story to dramatize with your young scientists. Give the actor who is the spider a ball of yarn to weave among items in your classroom or purchase a large orb web to use as the background. (Click here for an example.)

Students can make orb webs in a variety of ways. Create an orb web on waxed paper with glue. Let it dry and then peel it off. My students have also created webs with glue and while the glue was wet, they sprinkled glitter over them. (They look like webs glistening with water droplets.) We added a spider after the glue dried. Drawing webs is always an engaging task! Click here. 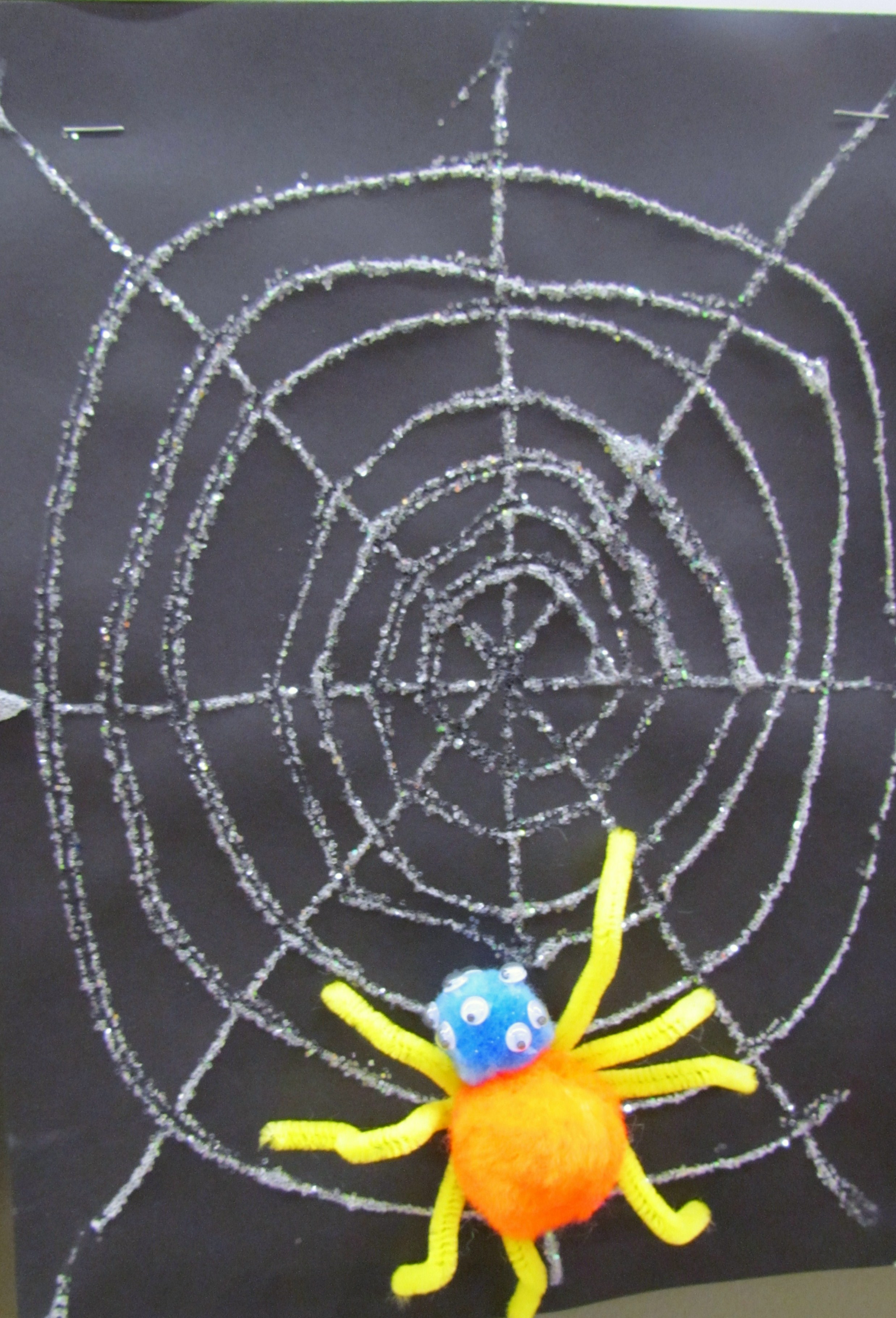 I’ve used the study of spiders to teach students to differentiate between facts and opinions in reading. Lots of people have opinions about spiders! Ideas from former students: